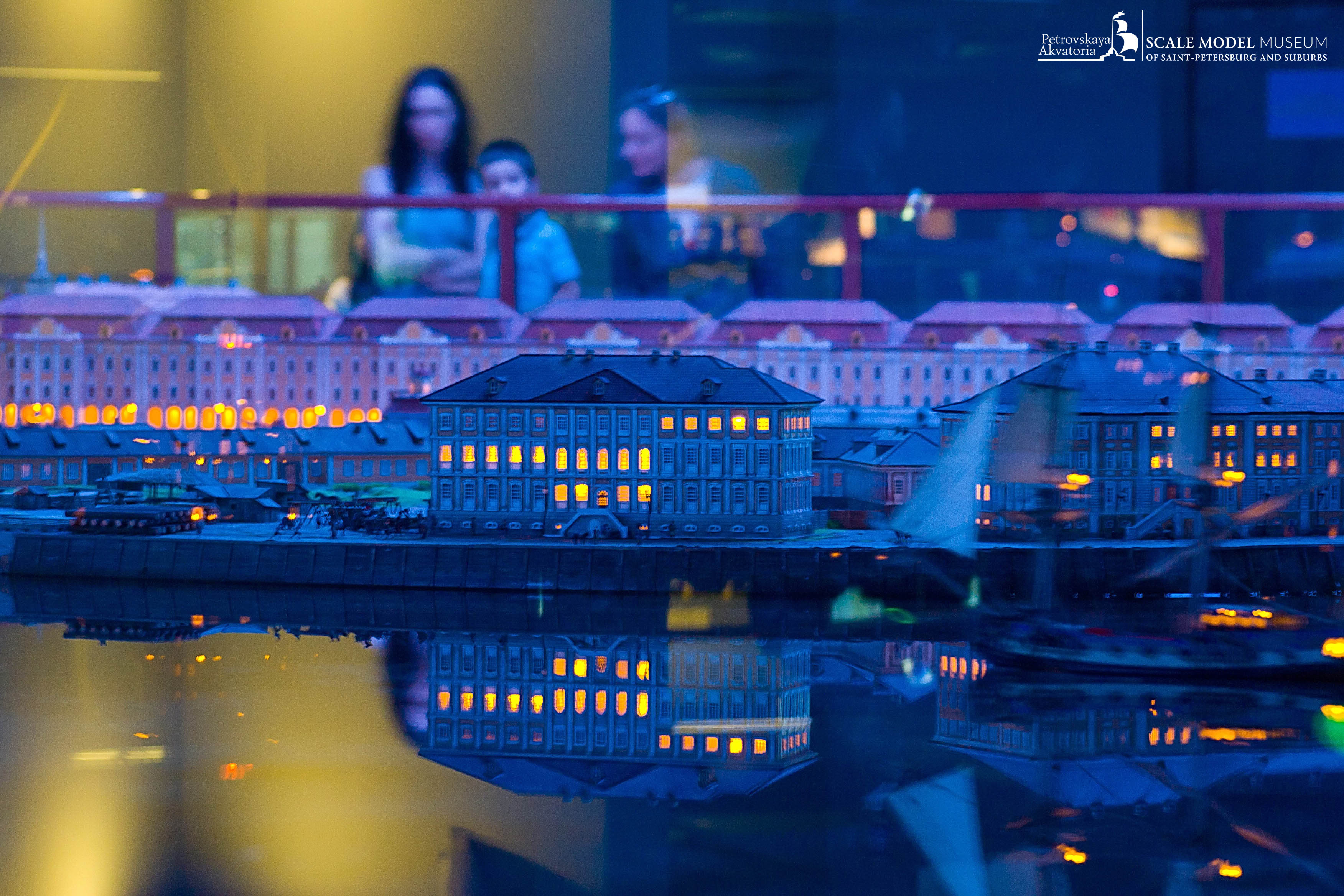 Petrovskaya Akvatoria
Representatives from the tourism development committee of St Petersburg held a detailed presentation about the splendours of the ‘Cultural Capital of Russia’ in New Delhi, aimed at attracting more Indian tourists to the city.

The St. Petersburg Tourism Development Committee held a presentation on the tourist potential of the "Cultural Capital of Russia" in New Delhi on Monday, 26 September. Representatives of the Russian and Indian tourist industries have established a working relationship and are ready to work to further increase tourist flows from India to the "City on the Neva".

"According to the information we have, 12,000 tourists from India visited St. Petersburg in the first half of this year. In 2014, 3,700 Indian tourists visited in the same period. The largest increase in the percentage of tourists is from India," he said.

The head of the sector of regional and international projects for development of tourism in St. Petersburg explained that there was no targeted selection in favour of Asian countries. Everything was based on economic expediency.

"We analyse markets, and which countries are the most likely to visit St. Petersburg. Of course, for us, the Indian and Iranian markets are very popular. We put the Chinese people in the first place; we can’t compare them with anyone as far as the figures. Next come the Korean and Indian tourists, the number of Iranian tourists is growing exponentially. The figures are not very large, but we believe that these markets are very promising," he said.

The presentation on St. Petersburg was held at the Royal Plaza in the centre of New Delhi. The hotel was decorated with statues, murals and paintings, in typical European tradition and deemed most suitable for a presentation on the "Cultural Capital of Russia."

The presentation itself was held according to the standard scheme: the representatives of the St. Petersburg tourism industry took turns talking about the opportunities available so they could discuss collaboration with the concerned Indian companies during the workshop held later.

Special attention was rightly given to the representatives of St. Petersburg museums, who also made presentations. Representatives of two museums gave their bird’s eye view of the city and of Russia – they were from the Petrovsky Akvatoria and the "Grand Maket Rossiya" museums. Indians heard the Museum representative’s "Fan art" with interest, while she demonstrated the basic skills of a woman flirting.

The theme of "Saint-Petersburg as the cultural capital of Russia" stood out during the presentation. Most succinctly, it was displayed in the promotional video of the city, shown to the guests ironically playing on stereotypes about the ubiquitous bears in Russia. The video, in which bears enjoy art in the Hermitage and stroll among the columns of the Kazan Cathedral ends with the phrase: “Saint Petersburg: no bears, just beauties.”

A lottery was held for the guests at the end of the presentation. Participants received valuable prizes: dolls, books, souvenirs with the symbols of St. Petersburg and, of course, vodka.

It should be repeated

"Everything went well, everyone is happy – both our St. Petersburg participants, and our Indian participants. Everything went really positively, with jokes, and good organization. The workshop was organized to ensure that our companies have established contacts with partners in India to inform what St. Petersburg had to offer, and which tourism products it had to offer. This goal has been achieved", said Mr Martynov.

Rajiv Narula, Managing Director of The Comforts, called the presentation interesting and dynamic, and expressed the hope that such activities should be held regularly to achieve real results.

"I hope that we are going to pay more attention to the Indian market, because it is very promising for us," Martynov said.

He said the practice of roadshows in the tourism development policy in St. Petersburg has started recently. Earlier, the only time they talked about the city was at major tourism fairs.

"This is our first trip to India. We periodically visit potential markets, like Korea, China - Shanghai and Beijing, and last year, Berlin. We have now included Delhi, Mumbai and Tehran in the same trip," he said.

The delegation from St. Petersburg left for Mumbai on Monday, and will also introduce the local tourist businesses to the St. Petersburg’s opportunities, after which they will travel to Tehran.