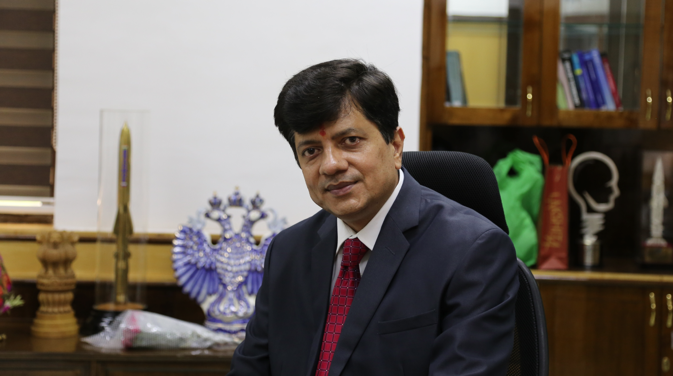 Alessandro Belli
A successful example of joint Indo-Russian defence cooperation, in use by India’s armed forces, is the supersonic BrahMos cruise missile. Sudhir Mishra, Director General of the joint company BrahMos Aerospace, founded in 1998, talked to RIA Novosti correspondent Alexander Nevara at MAKS 2015 about the BrahMos, progress in developing aerial and submarine versions, and research in the field of hypersonics.

Mr Mishra, when is the first aerial missile launch planned? Have preparations for it been thoroughly completed?

The missile and the launcher are ready. Hindustan Aeronautics Ltd. (HAL) has modernized its first multi-role combat aircraft, the Su-30 MKI and integrated the launch system. Recently, we carried out the first flights with the launch system and everything has gone well.

We are studying the information we collated and I hope that by the end of this year we will undertake the first armed flight. After this, missile drop tests will be carried out with dummy missiles, and then the final testing, launching a missile from the plane — we hope that this will take place in early 2016. We are taking this very carefully, but tenaciously, to complete our mission. The integration of the BrahMos missile with the Su-30 MKI will give the Indian Air Force a weapon with a greater operational area — after all, the Su-30 can fly, with refuelling, in the air for a distance in the order of 3000 km and the BrahMos’ long range means that the missile can be fired from a safe distance, without placing the aircraft itself in danger.

Mission BrahMos: How India got the world’s most powerful cruise missile

What are the main features and advantages of the aerial version of the BrahMos missile?

The BrahMos air to ground missile is lighter than the other versions and weighs 2.5 tons. Furthermore, it has the same power with a range of 290 km and a speed of 2.8 mach. It carries a 300 kilogram warhead and is capable of striking a ground target with a high degree of precision. Arming such a powerful aviation platform as the Su-30 with such a lethal weapon multiplies the air force’s capabilities to destroy enemy targets while being fired outside the range of anti-aircraft defence systems.

The BrahMos-A is unique when compared with other aerial missile systems around the world. No air force in any country has such a powerful supersonic cruise missile.

How is work progressing on developing a submarine version of the BrahMos?

The BrahMos missile for underwater deployment has already been successfully trialled from an underwater launch platform in 2013 to confirm that it perfectly serves the role as the main attack weapon for submarines. We expect that our government will announce a tender for the P-751 attack submarine (the purchase of six diesel-electric submarines is being proposed – editor). We hope that our missile system will be the best possible choice for the new submarines our government plans to purchase for the Indian Navy.

At what stage of development is the work for a hypersonic BrahMos missile? Has research started in this area?

The project for developing a hypersonic BrahMos missile is so far at the very earliest stages. We have started the initial groundwork in this area. We are working with India’s and Russia’s best research centres in order to achieve the best configuration for implementing this system. It is well known that metallurgy plays an important role in high speed system and we need to find materials which can endure extremely high temperatures and maintain their properties.

Research work for this project is being carried out in India at the Indian Institute of Science and in Russia at the Moscow Aviation Institute (MIA). This new missile is thought of as a revolutionary weapon, capable of flying at speeds of 5-7 mach. The exact configuration of this system has not yet been decided. It may take six to seven years to develop the prototype for a hypersonic BrahMos missile.

What BrahMos Aerospace products are at the MAKS Aviation Salon? Will there be full scale models?

BrahMos Aerospace first and foremost is showing a full-scale model of the aerial missile with its launch system at the external exposition, and in the pavilion we will talk about the project for arming the Su-30 MKI with the BrahMos missile. We are also presenting Project 1135.6 frigates that have been constructed in Kaliningrad — three of these vessels have already been armed with eight BrahMos missiles per ship. It is highly likely that our navy will place an additional order with Russian shipbuilders for three such vessels armed with the BrahMos missile.Furthermore, we expect the Russian navy will install BrahMos missiles on these vessels, which are being built for the Russian navy. This, without a doubt, will increase the potential for exporting this class of vessel to other friendly nations. The fact the two powerful, global navies will have the same class of vessel with identical weapon systems will doubtless make Project 1135.6 an interesting option as a combined arms platform for South-East Asian countries, which maintain friendly relations with India and Russia. Of course, any exports will require authorization from the Indian and Russian governments.