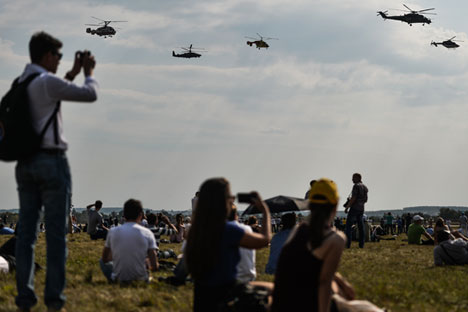 Spectators watching indicative span group of helicopters at the International Aviation and Space Salon MAKS 2015 in Zhukovsky near Moscow.

RIA Novosti/Vladimir Astapkovich
The premier International Aviation and Space Exhibition MAKS-2015 was held in Zhukovsky, near Moscow, between August 25 and 30. RIR outlines the main events from the just-concluded show.

A total of 156 foreign participants from 30 countries around the world attended the MAKS-2015. The United States was represented by 24 companies, France had six participating companies, while the number of Chinese companies, compared to the last salon in 2013, went up three times. In 2013 (MAKS is held once every two years) 287 foreign companies from 44 different countries participated.

There were many high-ranking guests from the Middle East. Iran has voiced interest in buying the Sukhoi Superjets, while Egypt has plans to buy the Ka-52 attack helicopter. France is negotiating with Egypt for the sale of one of the Mistrals which, according to Russia's military, is supposed serve as the base for the Ka-52s. 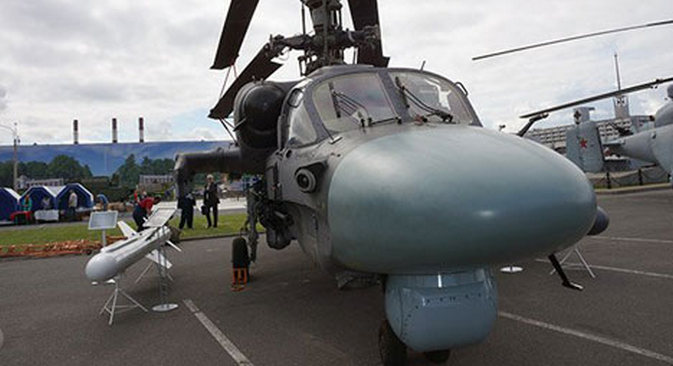 Despite tensions with the West and the sanctions, which have affected the Russian military industry, cooperation with European countries in this sphere has not stopped. Airbus displayed the A-350 wide-bodied passenger aircraft and the multipurpose H225M helicopter. The Russian Tekhnodinamica Holding, which produces aviation components, and the French Microturbo (a part of Safran) signed an agreement on the joint production of an auxiliary power unit for civilian use.

4. The largest number of contracts signed at the MAKS belongs to Belarus

Belarus announced that it would buy 5 Tor-M2E short-distance anti-aircraft systems and signed a contract for supply of another unit of the four newest Russian Yak-130 combat training planes (currently the Belarus Air Force has 4 Yak-130s).

Representatives of the United Engine Corporation said that the AI-222-25 engine, which is installed in the Yak-130, will now be fully made in Russia. Earlier it comprised some Ukrainian components. They also said that the Mi-38 helicopter engine is now Russian property (earlier it was Canadian).

The Rostekh stand contained a full-scale model of the multipurpose Chirok unmanned aerial vehicle. The Zala Aero Company (from the Kalashnikov Concern) demonstrated the new air reconnaissance operational-tactical system, while the KRET Company exhibited the concept-project of the attack drone.

The Ural Factory of Civilian Aviation, famous for providing the power capacity for assembly of the drones bought in Israel, is planning to build UAVs based on the Austrian light Diamond DA42 airplane. 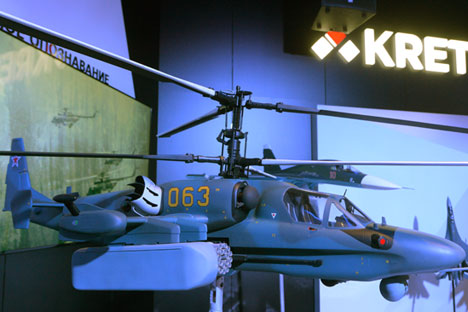 7. Supplies of the Su-35 Destroyers are growing

The expected signing of the contract with China to supply Su-35 Destroyers was not divulged during MAKS. However, it has become known that, by the end of 2015, the Russian Defence Ministry will sign a new contract to supply an additional number of Su-25s to the Russian Air Force. Delivery of the first unit, out of the 48 planes, is currently being concluded.

8. Civilian aviation is taking off

The Sukhoi Civilian Aircraft company signed a contract for the supply of 32 short-haul Sukhoi Superjet100 planes with the State Transportation Leasing Company (STLC), which has the option to buy another 28 planes. The STLC is due to receive the aircraft between 2015 and 2017. The first planes will be delivered by the Russian Yamal Airline.