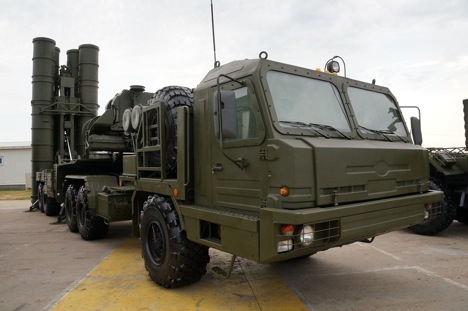 The new Aerospace Forces, which entered combat duty in early August, are a combination of the air force, air defence and missile defence, and space defence wings. The Air Force has ceased to be a standalone force and has become a branch of the armed forces. This change of nomenclature indicates an important institutional reform within the framework of the Russian army, which will strengthen the country’s defence capability and will help to effectively counter attacks from outer space, which is gradually getting militarized.

Russia’s Defence Minister General Sergei Shoigu announced the establishment in early August of a new wing of the Russian Armed Forces: the Aerospace Forces (or VKS for Vozdushno-Kosmicheskie Sily). This will comprise three segments; the Air Force, air-missile defence and the Space Troops. Air Force Commander Viktor Bondarev has been appointed commander-in-chief of the new force.

Shoigu said the central command of the Aerospace Forces would provide the centralized battle management of aviation, missile and air defences, and the launch and control of spacecraft of Russia’s orbital group, the systems of missile warning and space control.

The reform of the anti-missile umbrella has been going on for a while.

“Over the last decade the armed struggle all over the world has been actively shifting from near-Earth space to outer space,” General Pyotr Deinekin, former Russian Air Force Commander, said. According to Deinekin, this factor necessitated bringing all forces of air and space defence under a single command.

The task of forces in the aerospace war theatre is to ensure safety of aircraft and flights and to prevent strikes on objects in the skies, including orbiting objects, like satellites.

The key innovation of the Aerospace Forces is including combat aviation, an independent wing of the Russian armed forces, into the centralized battle management loop. In case of military conflict, only combat aircraft are capable of quick redeployment and concentrating forces in threatened areas, thus depriving the enemy of the advantage during an offensive.

Among the main components of combat fighters of the Aerospace Forces are high-altitude interceptors.

Russia is today modernizing the MiG-31s that are currently in service. Developing the perspective aviation system of long-range interceptors (PAK DP), to replace the fighter-interceptor MiG-31, will begin after 2019.

The radars for early warning of missile attacks; the new generation ‘Voronezh’ type; are being built and placed in service, while the air defence system is being strengthened.

The Anti-aircraft missile system, the S-400, which are now “covering” Moscow from aerospace strikes, are in serial production. Construction of two new plants for their production is being completed. When Russia acquires the S-500 system, its air-space defence will have a versatile layered zonal ring system of city protection even from strikes from outer space.

The space segment of the Russian missile early detection system it is virtually nonexistent. The last geostationary satellite for early detection of ballistic missiles, the Oko-1 system, broke down in 2014.

Development of a new “Unified Space System” is currently underway, with the launch of the first satellite ‘Tundra’, which will be part of the “Unified Space System” scheduled for November 2015. The absence of geostationary satellites is compensated by over-the-horizon radar stations ‘Voronezh-M’ and ‘Voronezh-DM’, located in the Kaliningrad, Leningrad and Irkutsk Regions and Krasnodar Krai.