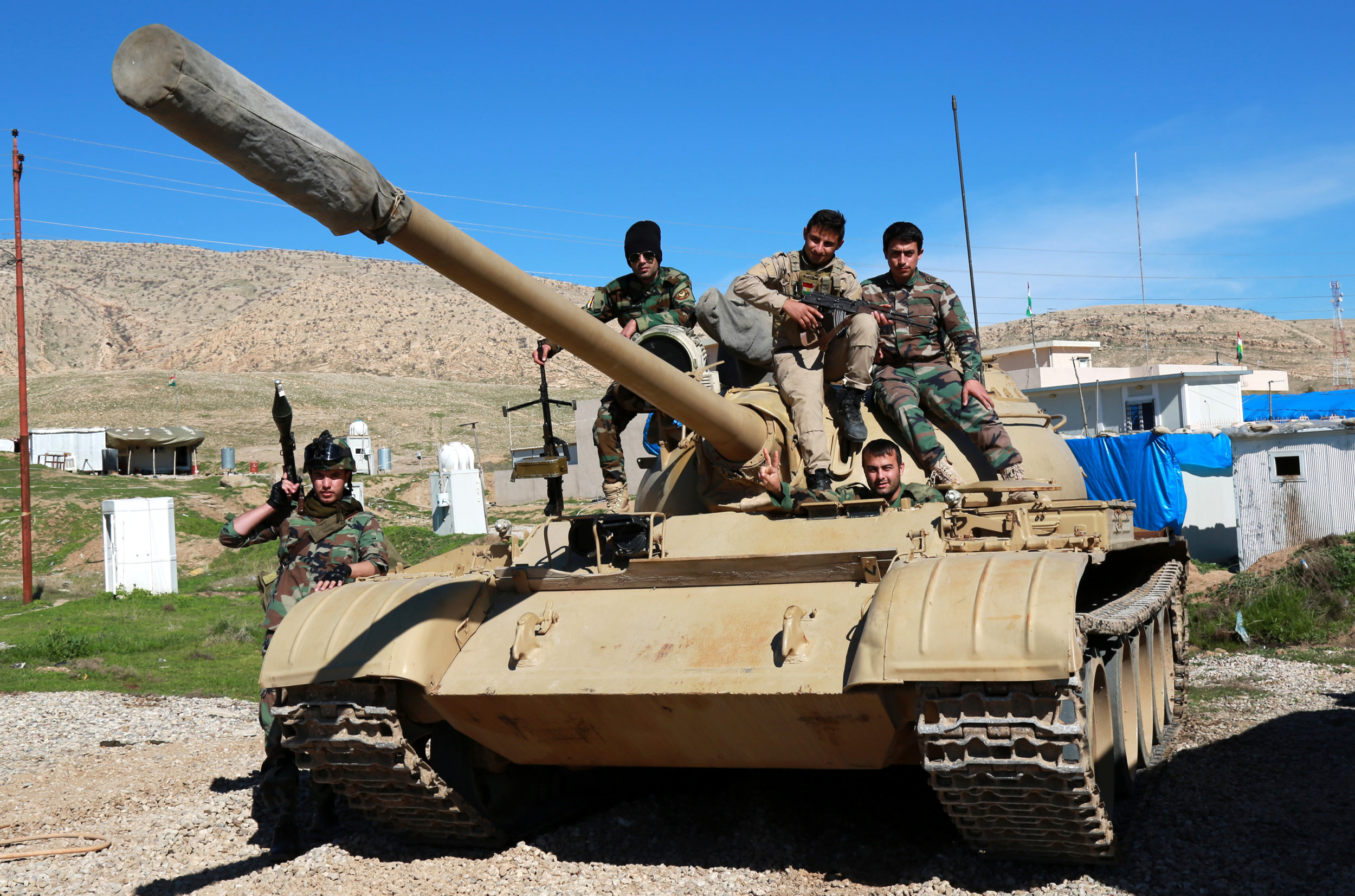 Iraqi Kurdish Peshmerga fighters pose for a photo atop a tank as they take up positions around the town of Basheqa, 150 Km northeast of Erbil, Iraq, 17 February 2016.

EPA
Russia has officially said it would provide the Iraqi Kurds with weapons and has delivered the first batch of five anti-aircraft guns to Kurdish forces in northern Iraq. According to Russian analysts, by officially proclaiming this for the first time, Moscow has amended its West Asia policy to underline the importance of the Kurds in the region.

The first batch of Russian weapons for fighters of the Kurdish paramilitary Peshmerga militia, who are fighting the Islamic State forces, has arrived in Iraq. Senior Russian diplomats handed five 23mm ZU-23-2 anti-aircraft auto-guns to the resistance forces.

"The first batch of weapons arrived on March 14 and was intended to the Peshmerga militias of Iraqi Kurdistan," RIA Novosti news agency quoted Artyom Grigoryan, attaché of the Russian Consulate in the Iraqi town of Erbil, as saying.

"After transfer of the arms shipment, the Russian Ambassador said this was not the last batch of weapons," Grigoryan said. "The Ambassador said Russia hopes that, with these weapons, Peshmerga and Iraqi forces would defeat ISIS." He noted that weapons were being supplied to Iraqi Kurdistan's armed forces in coordination with Baghdad.

For the first time officially

"Russia has decided to change its Middle East policy and state it openly," Fyodor Lukyanov, chief editor of the Russia in Global Affairs magazine, told RIR. "In terms of the content of cooperation, intelligence services in Europe and the Middle East knew about our interaction with the Kurds long before the official announcement.  There is nothing wrong in cooperation with the forces fighting against the Islamic State."

Lukyanov noted that Russia is saying with this move that it has extensive connections and interests in the Middle East.

"Moscow has also stressed that today the Kurdish community becomes important, visible and active part of the Middle East process to be reckoned with," said Lukyanov.

According to Vladimir Yevseyev, head of the Eurasian Integration and SCO Development Department of the CIS Institute, Russia decided to openly declare the start of arms supplies to the Iraqi Kurds after Deputy Prime Minister Dmitry Rogozin’s visit to Baghdad. During their negotiations, Rogozin discussed arms supplies to Iraq and to the Peshmerga to fight ISIS terrorists, among other things.

"Arms supplies to Iraqi Kurds have long been known," Yevseyev said. "In addition to Russia, they were sent by the United States, Germany and Iran. The countries have agreements about these supplies – what can be supplied for the fight against ISIS, and what cannot."

Yevseyev said the weapons were transported with consent of the Iraqi leadership. The weapons include not only anti-aircraft guns, but also grenade launchers.

"We do not supply the Kurds with portable anti-aircraft missiles or heavy weapons, which requires additional training. It is entirely possible that we will start to supply light armoured vehicles," Yevseyev added.