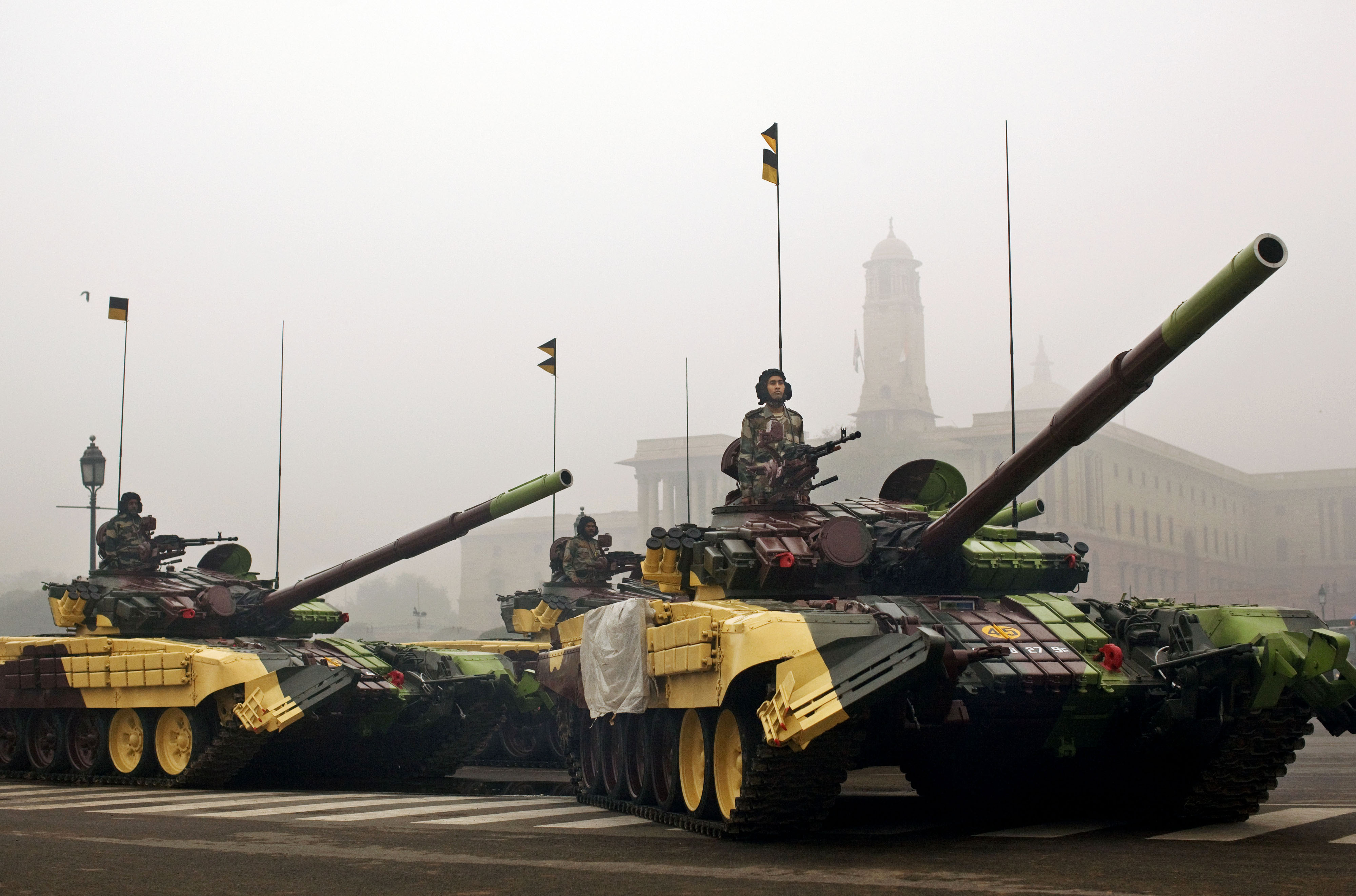 AP
In India, Ukraine is looking to grab a piece of the market dominated by Russia in the servicing and repair of Soviet-era equipment. However, the recent scandal in Croatia around the delivery of faulty Ukrainian MiG-21s should force the countries that own Soviet tech, India included, to carefully consider whether the hunt for low prices is worth it.

"Ukraine is making aggressive moves to break the Russian monopoly on cooperation with India over the repair and maintenance of [Soviet-era] military equipment," Russia's Gazeta.ru newspaper notes, citing a report by Defense News on the Ukrainian delegation's efforts at Defexpo India 2016, one of the leading global exhibitions of arms and military equipment.

Petro Fedoruk, the chief adviser to Ukroboronprom, Ukraine's largest defense industry consortium, told Defense News that Ukraine is looking to push Russia out of its monopoly position in the repair of Soviet equipment. "We are here now [in] India for the long term to manage Soviet-era headaches, which India cannot manage alone," he said.

"For nearly a decade Russia has forcefully blocked our entry," Fedoruk added, referring to a decline in Ukrainian-Indian military cooperation in the late 1990s, after Kiev sold Pakistan, Delhi's long-time military adversary, a large shipment of T-80 tanks.

At the same time, he noted that Ukraine had "offered multiple solutions to give new life to Soviet-era weaponry, as we are the original equipment manufacturer."

Now, Defense News writes, "armed with salutations of a government-level delegation…and with over a dozen defense companies showcasing new programs at Defexpo, Ukraine is attempting to embrace India and break the Russian monopoly on the Soviet-era platforms."

Delhi, members of the delegation suggested, may be interested in the low-low prices offered by Ukraine.

For example, Ukroboronprom naval projects head Nikolai Gordienko told the daily, "we are offering a new solution to manage and refit the Soviet-era aircraft carrier Admiral Gorshkov, which is 50 percent cheaper than the Russian offer."

The Admiral Gorshkov, commissioned by the Soviet Navy in 1987 and transferred to the Russian Navy after the Soviet collapse, was sold to India in 2004, and commissioned into the Indian Navy in November 2013, rechristened as the INS Vikramaditya. The ship underwent extensive upgrades at Sevmash Enterprise in Russia's Severodvinsk before the handover.

Now, Defense News reports, "the Indian Navy is evaluating a proposal by Ukraine for the overhaul and maintenance of gas turbines used in Delhi-class warships and the carrier Admiral Gorshkov."

Moreover, Ukroboronprom deputy director general of strategy Artur Kheruvymov said that India and Ukraine have plans to organize a "joint military technical commission" on servicing all sorts of Soviet-era weaponry. "The two countries," he said, "are planning to form joint ventures in India for upgrade, overhaul and manufacture of spares for Soviet-built air defense systems, including the Kvadrat, OSA-AKM Strela-1, Tunguska, Shilka, portable IGLA and Strela-2 systems."

Ukraine, in Kheruvymov's estimation, has $100 million in defense contracts with India, and plans to increase this figure to $500 million in the next three years.

Commenting on the statements made by the Ukrainian delegation to Defense News, military analyst Viktor Murakhovsky, a member of advisory council of the Russian Military-Industrial Commission, told Gazeta.ru that some of their words are in the realm of 'pure fantasy'.

"This is just part of the eternal Ukrainian dream – to press someone, to squeeze them out of the market, to offer to do something almost for free. I do not believe in these fantasies. For example, it's amusing hearing about their plans to repair portable anti-air systems, which are generally not subject to repair. At the end of their service life, they are tested with the help of monitoring and checkout tools, and if the parameters are not up to snuff, they are disposed of; there's nothing to repair."

Murakhovsky also took note of the fact that all the anti-aircraft missile systems listed by Ukrainian representatives were actually produced on the territory of the Russian republic of the USSR, including the Strela 1, made at the Kolomna machine-building plant, and the Kvadrat (the predecessor of the Buk), also produced in Russia.

"Uncertified users unfamiliar with the design or the documentation may of course take the risk. Here Croatia took the risk with the MiG-21, and got the corresponding result," the military expert noted, referring to the scandal involving Croatia's recent purchase of 12 modernized MiG-21 fighters from Ukraine.

The Croatian military police launched an investigation into the contract with Ukrspetsexport on the planes, which were delivered to Croatia in summer 2015, after it was discovered that almost half of the order was too defective to function. Their inquiry determined that the jets had been fitted with outdated parts gathered from a mish-mash collection of components from the former Soviet bloc, Algeria, and the former USSR. Moreover, five of the planes were actually found to be the property of the Yemeni Air Force.

At the same time, Murakhovsky noted, when it comes to the potential for cooperation with Kiev, Delhi should simply remember the scandal last year around the An-32 transport aircraft reported to have gone missing after being handed over to the Ukrainian side for repairs.

One area where Ukrainian specialists really can assist the Indians, the military expert said, was in the repair of gas turbines, with the Zorya-Mashproekt plant in Nikolaev having the necessary competencies. "But this plant swindled Russia on prepaid gas turbine engines." India, Murakhovsky suggested, is not likely to see this as a positive sign.

For his part, Vladimir Drozhev, the deputy director of the Russian Federal Service for Military-Technical Cooperation, told Gazeta.ru's correspondent at Defexpo that there was no sense worrying about Ukraine chipping away at Russia's market share in India. "Our military-technical cooperation is implemented according to long-term planning stretching to 2020. Moreover, the Russian side fully supports the 'Make in India' initiative announced by the Indian government," the official noted.