Russian Zircon missile to go into serial production in 2018 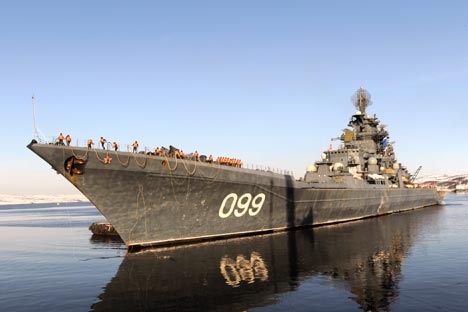 mil.ru
The system is expected to be unveiled in the air-launched and ship-based variants. Its characteristics are classified.

Russia’s cutting-edge hypersonic missile Tsirkon (Zircon), which is now undergoing state tests is expected to go into serial production in 2018, a source in the Russian military-industrial complex told TASS on Tuesday.

"State tests of Zircon are scheduled for completion in 2017 in accordance with the contract, and the missile’s serial production is planned to be launched next year", the source said.

In mid-February, a source in the Russian shipbuilding industry told TASS that Russian cutting-edge hypersonic missile 3M22 of the 3K22 Zircon system was in the development trials. The Project 11442 (NATO reporting name: Kirov-class) Pyotr Veliky (Perter the Great) nuclear-powered missile cruiser will carry the type following its upgrade, a shipbuilding industry source told TASS. According to the source, the Pyotr Veliky cruiser will start its repairs in the third or fourth quarter of 2019. Its repairs and upgrade are planned to be complete in late 2022, with the ship to be equipped with Zircon hypersonic anti-ship missiles.

The tests of the 3K22 Zircon system are planned for completion by 2020. The system is expected to be unveiled in the air-launched and ship-based variants. Its characteristics are classified. According to open sources, the new missile’s range may reach 400 kilometers and it will travel five to six times faster than the speed of sound.

Hypersonic weapons are missiles and aircraft capable of reaching speeds of Mach 5 and more - or five times the speed of sound. They are extremely difficult to intercept due to their overwhelming speed and maneuvering capabilities. Hypersonic technologies in general, used in weapons systems and prospective aircraft, were seen by experts as a game changer in future warfare.