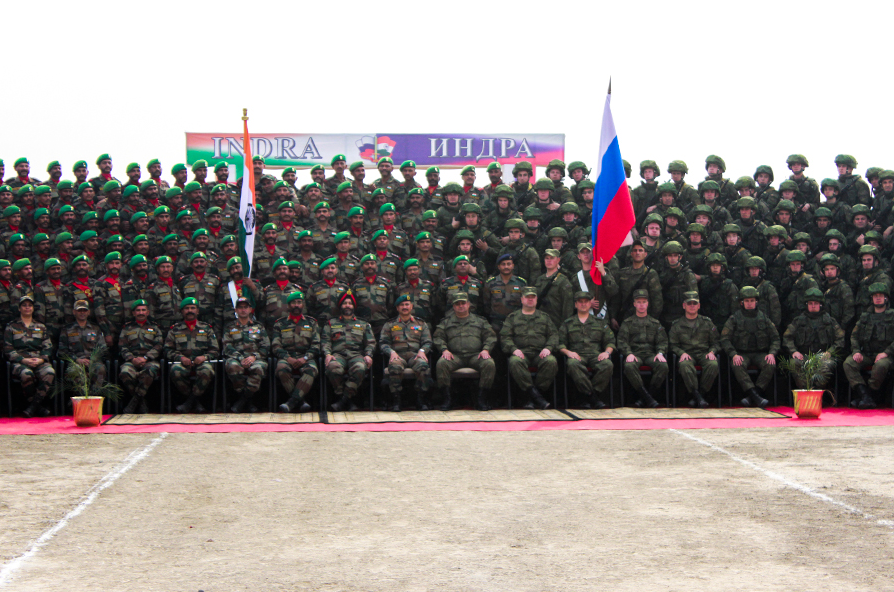 Russia and India have been close partners in military and technical cooperation for decades.

mil.ru
Russian troops will participate in three large exercises with their Indian colleagues this year: Indra-Neva-2016, AviaIndra-2016 and Indra-2016.

Russia and India have agreed to hold the Indra-2016 joint military exercises and will decide on their dates in May, the head of the Russian Defence Ministry’s Eastern Military District’s press service said Thursday.

“A joint protocol was signed in Vladivostok on the first planned conference of the Indra-2016 joint exercises,” Capt. 1st Rank Roman Martov said.

He said consultations would be held in May in India where the dates of the exercises would be specified.

“This year troops from the Eastern Military District plan to participate in three large exercises with the Indian Armed Forces, which include the Indra-Neva-2016 with the Pacific Fleet, AviaIndra-2016 with the participation of the Air Force and air defense systems, and Indra-2016,” Martov added.

Russia and India have been close partners in military and technical cooperation for decades. The countries collaborate in science and medicine, as well as infrastructure construction and nuclear energy.

The countries carried out the Indra Navy-2015 naval exercises in Russia’s Vladivostok in June.

In July 2014, the Russian Pacific Fleet and the Indian Navy conducted naval exercise Indra-2014 in the Sea of Japan, to train and improve joint naval actions and boost the countries' capability to counter maritime security threats.

The drills are conducted alternately in Russia and India.