Missile warning system in Crimea to be restored 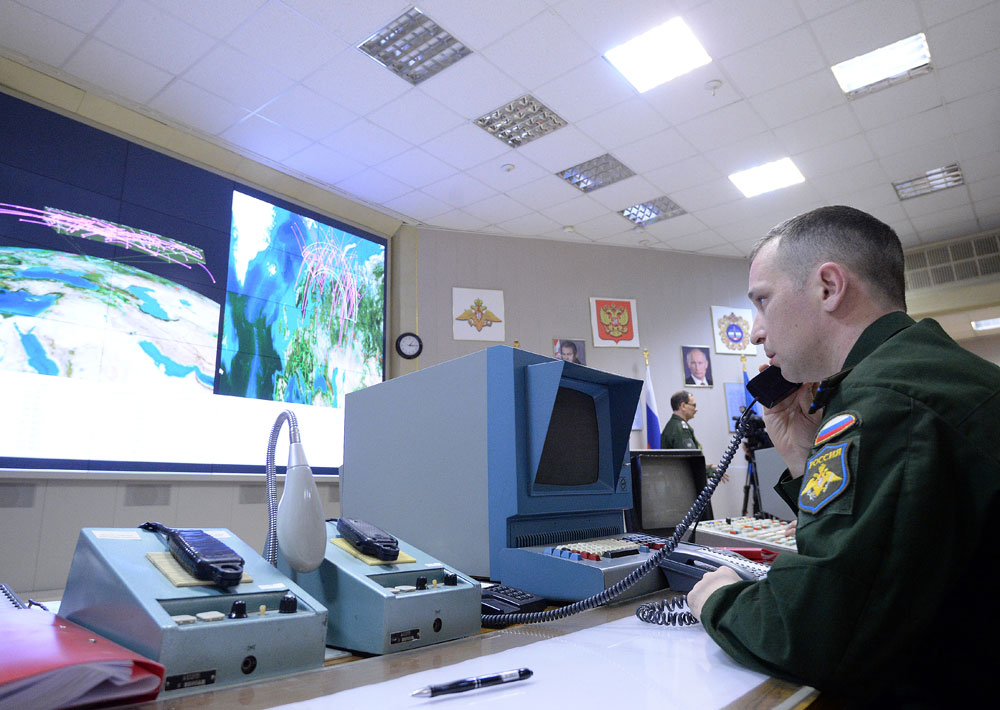 An officer inside the command center of the Don-2-N multirole radar near the town of Sofrino in the Moscow Region.

Kirill Kallinikov / RIA Novosti
The Russian Defence Ministry has said it plans to re-open a radar station in the Crimean peninsula. According to military experts, the decision was made in response to intensified NATO activity near Russia's southern and western borders.

The Russian Defence Ministry is set to restore a radar station in Crimea which will detect missiles launched from the Black and Mediterranean seas, the Izvestiya daily newspaper reports.

The radar station for Russia's missile warning system (MWS) on the peninsula will be capable of identifying the launch of ballistic, winged and supersonic warheads. The new MWS element will increase Russia's defence capacity south and southwest of the country.

"In the last few years NATO has increased activity of its ships in the Mediterranean and Black seas and deployed an additional navy unit to the naval base in Rota, Spain,” explained Viktor Murakhovsky, editor-in-chief of the Arsenal Otechestva (Arsenal of the Fatherland) magazine.

“The base not only has anti-missile systems but also cruise missiles that can be used against Russia. Moscow must react to such things," he said.

In 2013, Murakhovsky said, Russia registered the firing of middle and long-range missile targets by Israel as part of a test of the country's air defence system.

"From a military-technical point of view, it is clear that it is easy to place a warhead on such objects and from a ‘target’ the missile turns into a real weapon," said Murakhovsky.

He believes that Moscow's main concerns arise from the United States’ deployment of an European anti-missile system in Romania.

"The new base is supplied with the Aegis Ashore System with the MK-41 universal ship firing systems that can be used for launching missiles. Moscow cannot determine what the MK-41s are equipped with: the SM-3 air defence missile or the Tomahawk winged missiles," said Murakhovsky.

According to an expert in Russia's defence industry, the government is currently discussing a future missile warning system.

"Now there is the issue of either destroying everything and starting from scratch or transferring a part of the MWS near Irkutsk [3,200 miles east of Moscow – RIR] and rebuilding the station," explained the expert, speaking on condition of anonymity. 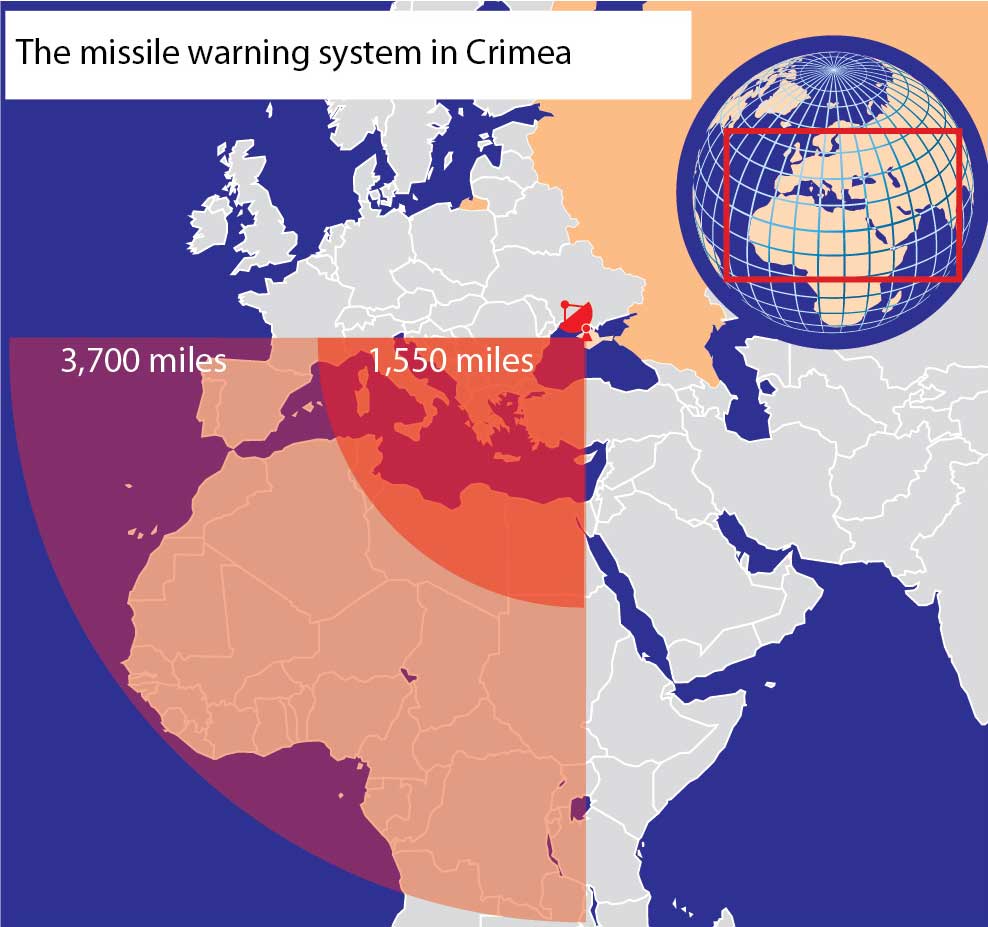 "The MWS equipment near Irkutsk has aged but is still capable of carrying out necessary objectives, that is, following missiles launched in the Black and Mediterranean seas. Both possibilities are acceptable," the expert said.

He also noted that negotiations are now on between the producer and the Defence Ministry, after which the government will officially announce the project's launch. The cost of the new station is estimated at between 1.5 and 2 billion rubles ($23-31 million – RIR).

"The new MWS stations are easily scalable. You can expand the antennae field and direct it at areas from which, according to the government, there can be a security threat," he added.

Other similar MWS units in Russia

Russia has been modernizing its missile warning systems since 2000. To guarantee security for its borders, Moscow needs to replace its old Soviet stations, as well as the ones lost in the Baltic States, Ukraine and Belarus, after the fall of the USSR. 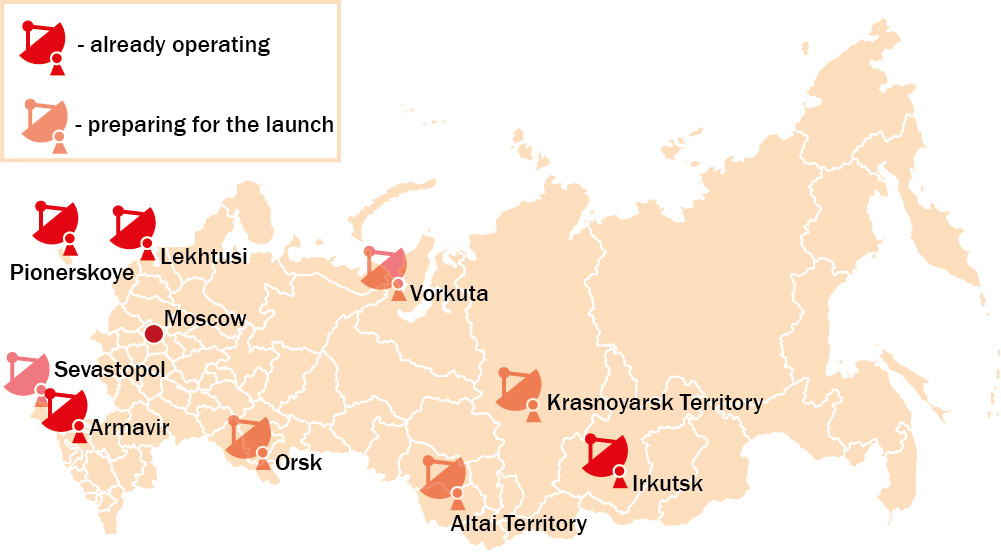 A new MWS was deployed in 2008 in the settlement of Lekhtusi near St. Petersburg. It is of the Voronezh type, capable of detecting all air and space objects from the coasts of Morocco to Spitsbergen, an island in the Svalbard archipelago in the Arctic Ocean.

The second station was launched in 2009 in Armavir in Krasnodar Territory (870 miles south of Moscow). This unit is responsible for monitoring the area from North Africa to India.

Equivalent MWSs are also deployed in the in the Pionersk settlement of Kaliningrad Region (800 miles west of Moscow) and near Irkutsk. The first follows missile activity in the "western" areas, the second – in areas from China to America's west coast.