New Russian ‘Sarmat’ ICBM will be like “Son of Satan” 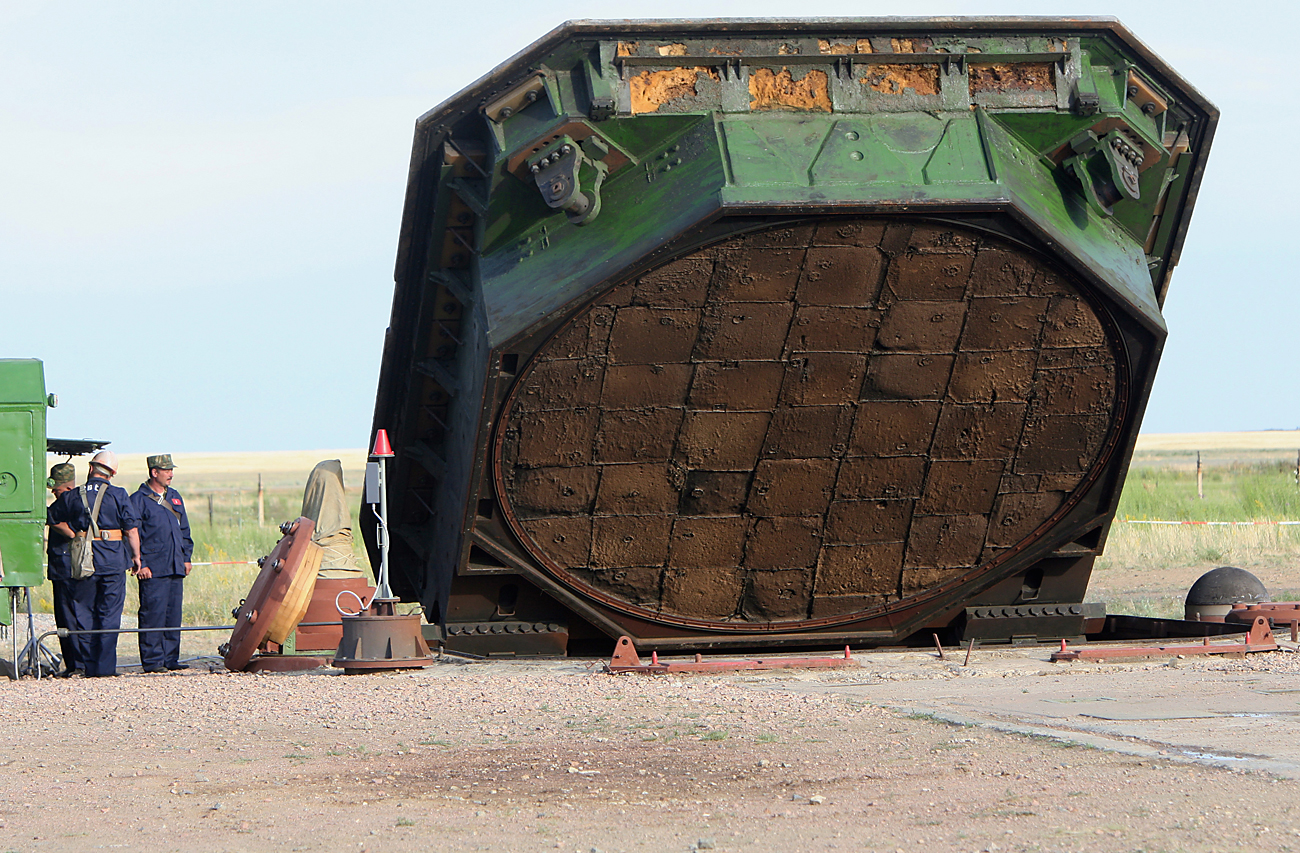 Vladimir Fedorenko/RIA Novosti
Details about what the new weapon is, and why Russia requires it.

Test firing of ‘Sarmat,’ a new intercontinental ballistic missile first-stage engine (ICBM), which will enter service in the early 2020s, has just finished in Russia. The weapons’ tactical and technical characteristics are classified as “top secret”. We are talking about information that we were able to obtain from the developers and from what we found out from our conversations with the military experts.

I stress that currently we are conducting engineering and developing work on the missile, and by the time we adopt it, it will undergo a number of modifications and changes.

It is a heavy liquid intercontinental missile under the code MS-28. The total weight is 100 tons and its throw weight is 10 tons. It should enter into service in the Russian Strategic Missile Forces after 2020 and replace the P-32M2 “Voievoda”, the most difficult and formidable strategic missile in the world (SS-18 ‘Satan’ according to the NATO classification), which weighs 211 tons and has a throw-weight of 8.8 tons.

What will make ‘Sarmat’ different from its predecessor is not only a much lighter weight, but also the flight range. If the “Satan” flew at a distance of 11,000 kilometres, the “Sarmat” will be able to overcome a distance of 17,000 kilometres. The designers plan that it will fly to a target even in the South Pole, where no one is waiting for it, and where there is no anti-missile fence being built.

In addition, “Sarmat” will have at least 15 MIRV individual warheads rather than 10 nuclear warheads. They will be placed according to the “bunch of grapes” principle, and each of them will have a capacity of 150-300 kilotons, which can be separated from this “bunch” when it has to leave its target as programmed. It will fly to the target at hypersonic speed (in excess of 5 Mach), changing its trajectory according to the rate and height so it could not be intercepted by any missile defence system, neither the current one nor the long range one, including the one relying on the space elements.

“For “Sarmat”, say the rocket men, “it does not matter whether there is a missile defence system or there isn’t one. It will not notice it. “

How many “Sarmats” will appear

At least 154 mines will remain from the “Voievoda” (the first 154 mines will be detonated at the request of the START-I). Not all of them will have a new missile loaded, but their number should fit in the parameters of the START-3 Treaty, which provides for Russia and the United States to have 700 delivery vehicles and 1,550 nuclear warheads on them to be deployed by February 5, 2018.

Recall that every “Sarmat” should have 15 warheads, and as of today, according to the free data, Russia has 521 deployed delivery vehicles and 1,735 warheads on them. The US has 741 and 1481 respectively).

The START-3 Treaty may be extended after its completion in 2021, with both parties’ consent, for another five years. If that happens, it is obvious that at first we will probably have fewer missiles of the class of “Sarmat” than we will of “Voievoda”. Apart from “Sarmat” we have other carriers such as ground missiles and both sea, and even strategic bombers.

Why we need the “Sarmat”

On the one hand, the answer is obvious: to contain a likely or a potential aggressor, as well as for the replacement of “Voievoda”, which by the end of the START-3 will have exhausted its guaranteed terms spent on duty.

On the other hand, according to Major-General Vladimir Dvorkin, Doctor of Technical Sciences and Senior Researcher at the Institute of World Economy and International Relations (IMEMO) of the Russian Academy of Sciences, to resolve this problem, solid mobile strategic missile complexes such as “Topol-M”, “Yars” “Rubezh” and in the long term, “Barguzin” combat rail missile system would be enough.

“Sarmat” in the mines of the “Voievoda” is a good goal for the enemy’s first attack. We will never be the first ones to strike with a nuclear missile“, says Dvorkin, “although this possibility is recorded in our military doctrine.”

Colonel-General Viktor Esin agrees with my colleague, but not entirely: “No, we are not going to be the first ones to strike with a nuclear missile. However “Sarmat” is not intended for that, but for a retaliatory strike. We can do that as long as the enemy’s missiles are flying in our direction. A likely or a potential enemy knows that. And that is why “Sarmat”, as well as other defence systems will guarantee our security.”