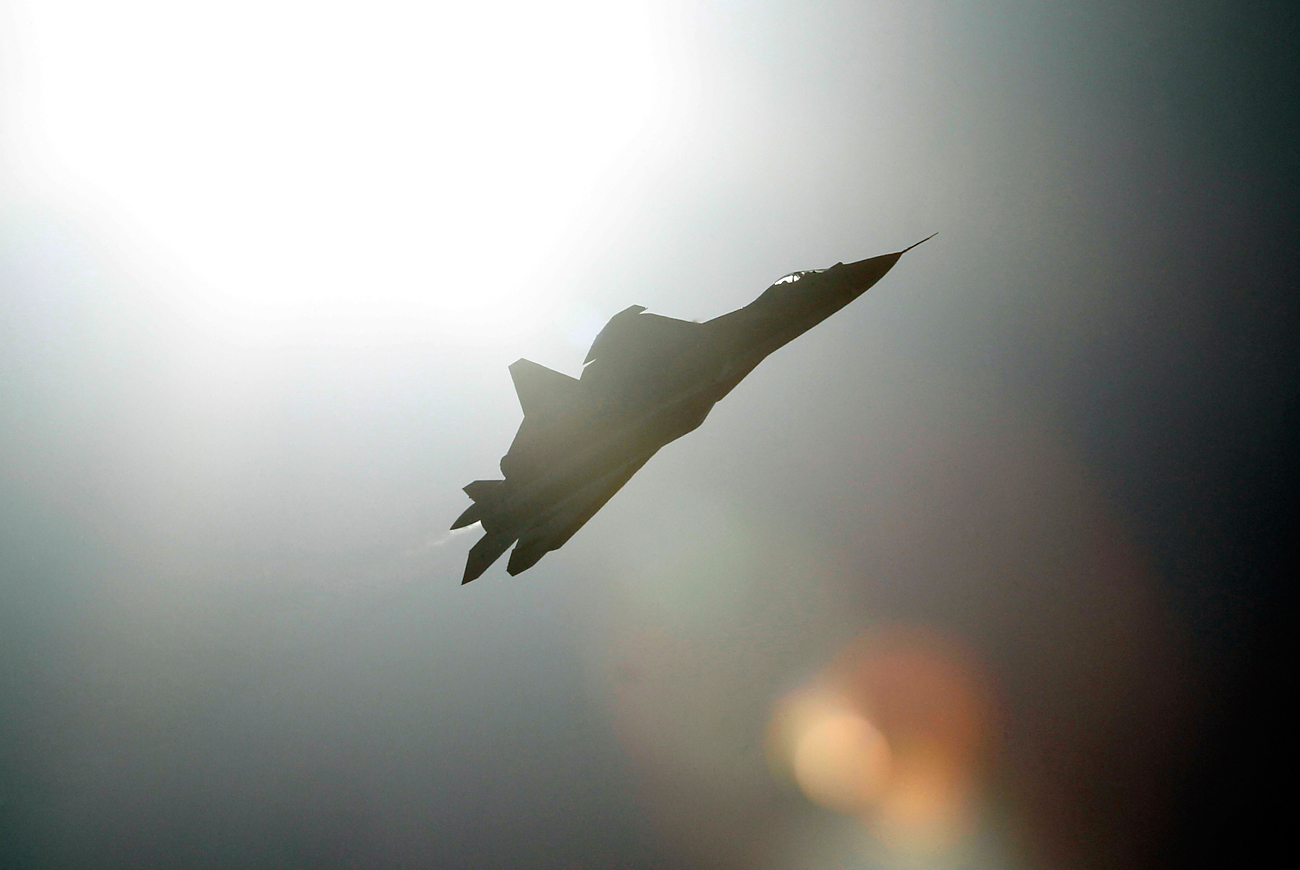 The Russian armed forces will receive a batch of 12 T-50 fighters by the end of this year.

Reuters
The fighter aircraft will be equipped with high-explosive and volume-detonating bombs, as well as 30-mm cannon. However, military analysts opine that there are still several problems the T-50 designers need to resolve.

The firing unit consists of one of the lightest in its class 9 A1-4071K guns, designed to defeat armoured vehicles or armoured enemy targets. The pilot can use 150 projectiles of this 30-mm gun in one flight. The new weapon is a modified single-barrel aircraft cannon GSh-301 used on the Russian fighters and bombers.

The future FGFA T-50 will also get high-explosive and the fuel –air explosive bombs, said Sergey Rusakov, CEO of the "Tehmash" Group, on September 22.

The high-explosive incendiary bomb aviation OFZAB-500 and space-air bomb detonating ODAB-500PMV are now being considered for the PAK FA, Rusakov said. These have been used in Russia’s Syrian operations. Gunsmiths have produced a batch of warheads for future tests.

As part of the army rearmament programme, the Russian armed forces will receive a batch of 12 T-50 fighters by the end of this year. The new contract for the supply of FGFA will be discussed with the Russian Ministry of Defence at the end of 2016. The military department will then determine the required number of new aircraft.

Nuances of the new fighter

The latest aircraft still has a number of problems. The first few years after adopting the T-50 will all be brought to the generally accepted principles and indicators of the fifth generation fighter aircraft, said Dmitry Safonov, military correspondent of "Izvestia" to RIR.

"There are still no fifth-generation "Type 30" engines. T-50 will be used for the conveyor motors, which is used by the Su-35s generation "4 ++". They have not yet provided the ratio of the weight / traction / fuel consumption of the fifth generation fighter, despite the ability to develop a supersonic cruising speed," said Safonov.

The newest Russian fighter was designed as the main competitor to the F-22 'Raptor'. However, the "American" has been in service with the US Air Force for more than five years and has already been used by the military in the skies over Iraq.

Domestic gunsmiths did not disclose the cost of the work on creation of the T-50, but it is clear that the costs are less than its sole global counterpart.

"T-50 will become part of the series much later than the "American". This allows you to consider all the pros and cons of the existing machines and take them into account when building the new aircraft. A similar situation occurred during the working on a multi-purpose fourth-generation Su-27 fighter: the prototype of the domestic plane came much later than the American F-16 and took into account the analogue’s errors. Due to this, the domestic "dryer" has been able to beat the "American" in its combat characteristics," said Vadim Kozyulin, professor at the Academy of Military Sciences, to RIR.

He noted that the T-50 is able to use the full range of existing high-precision "Air to air" missiles, as well as all the operated bombs.