Assembly of Ka-226T helicopters for India at Ulan-Ude 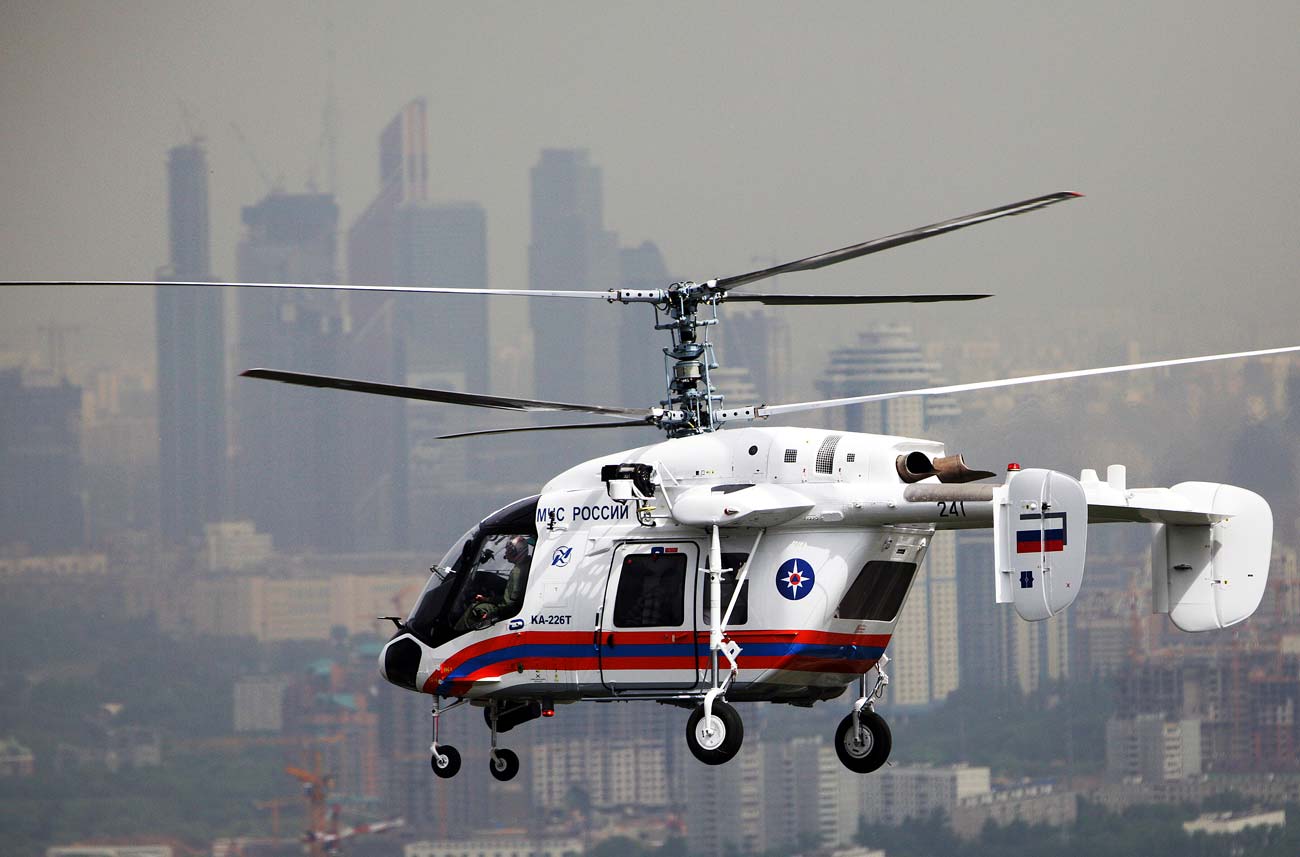 Ka-226 on its way to Crocus EXPO for HeliRussia 2013 helicopter exhibition.

Marina Lystseva / TASS
To meet the target for the order of Ka-226 helicopters from India, Russian Helicopters has decided to develop a second manufacturing facility at Ulan-Ude.

After getting a large Indian order, Russian Helicopters has decided to double its production facilities for the light multi-purpose Ka-226T helicopters. These helicopters are currently being built in the Bashkir city of Kumertau, at the Kumertau Aviation Production Enterprise (KumAPP), but will soon be assembled in Ulan-Ude to meet the Indian order. Two years ago, KumAPP was an unprofitable enterprise, because of idle capacity, but with the new export contracts for 2017, the plant load factor has increased by 40%.

Russian Helicopters, a member company of the Rostec Holding, is building a duplicate of its latest production facilities for the Ka-226T at the Ulan-Ude Aviation Plant (U-UAZ), company representatives told Kommersant. KumAPP in Bashkiria, which now produces the Ka-226T, will retain its full assembly cycle, but will produce aircraft for the Russian law enforcement agencies, civil operators and individual foreign customers.

This decision was taken “for the expeditious implementation” of the intergovernmental agreement signed in October with the Indian state-owned company Hindustan Aeronautics Limited. The parties have agreed to establish a joint venture to localize the production of the Ka-226T in Bangalore, India. The first 60 aircraft will be assembled in Russia, while another 140 Ka-226T will be assembled in India under license (see Kommersant on October 15).

“The distribution of the areas of responsibility between the companies” will allow the implementation of this “priority project on time and without any loss of quality,” Kommersant was told at the holding.

The Ka-226T light multipurpose helicopter is a modification of the Ka-226, developed by the Kamov LLC (a member company of Russian Helicopters). It can to carry up to seven people in the transport version – one ton of cargo. It is equipped with two Arrius engines from the French company Safran Helicopter Engines, and is capable of flying day and night and in any weather. Around 70 Ka-226T helicopters have been produced in Russia, mainly for government agencies.

At Russian Helicopters, Kommersant learned that loading had sharply increased at the KumAPP, because of new equipment and service contracts. It will increase by 40% in 2017, while the number of helicopters assembled will grow more than four times, because of the export orders.

Six Ka-32 for China are scheduled to be assembled at KumAPP in 2017; the demand for Ka-27 and Ka-31 helicopters is growing for naval aviation in several countries; while the factory has signed a contract with India for the Ka-28M. The volume of confirmed KumAPP contracts for 2017 is estimated at 10.5 billion rubles. The plant in Ulan-Ude has wide experience dating back to the Soviet era, of transferring to India, together with the Irkutsk Aircraft Factory, a licence for the manufacture of MiG-27 aircraft. The U-UAZ has sufficient human and technical capacities to train staff in the assembly of helicopters and working with digital manufacturing systems.

Russian Helicopters had started the redistribution of orders between plants in 2015. The reforms were first designed to rescue the under-loaded and unprofitable KumAPP. Russian Helicopters refinanced a large part of the plant’s debts (more than 12 billion rubles) in 2012-2013, which allowed KumAPP to negotiate a low interest rate on its loans. However, in 2014, the plant’s losses increased 2.5 times, to 2.5 billion rubles while revenues increased by only 5%, to 3.9 billion rubles, and payable accounts reached 4.7 billion rubles. In February 2015, a conflict arose in Kumertau between workers and the management because of fears of layoffs (the disagreement was settled).

At the end of the year, KumAPP was transferred to the Kazan Helicopter Plant and, in 2015, its revenues increased by 42% – up to 9.6 billion rubles, while net profits amounted to 1.2 billion rubles. This profit, the holding company explained, resulted from an increased volume of sold products.

Oleg Panteleyev, Executive Director of AviaPort Agency, believes that the Russia-India Ka-226T project is “extremely important” for Russian Helicopters. If successfully implemented, said Panteleyev, the company will be able to enter other markets and take its place in the not very well mastered light helicopters niche. Until recently, noted Panteleyev, the holding company was discussing reducing the number of enterprises involved in the final assembly of helicopters, but such a decision was fraught with social tensions and conflict with government authorities of the regions.