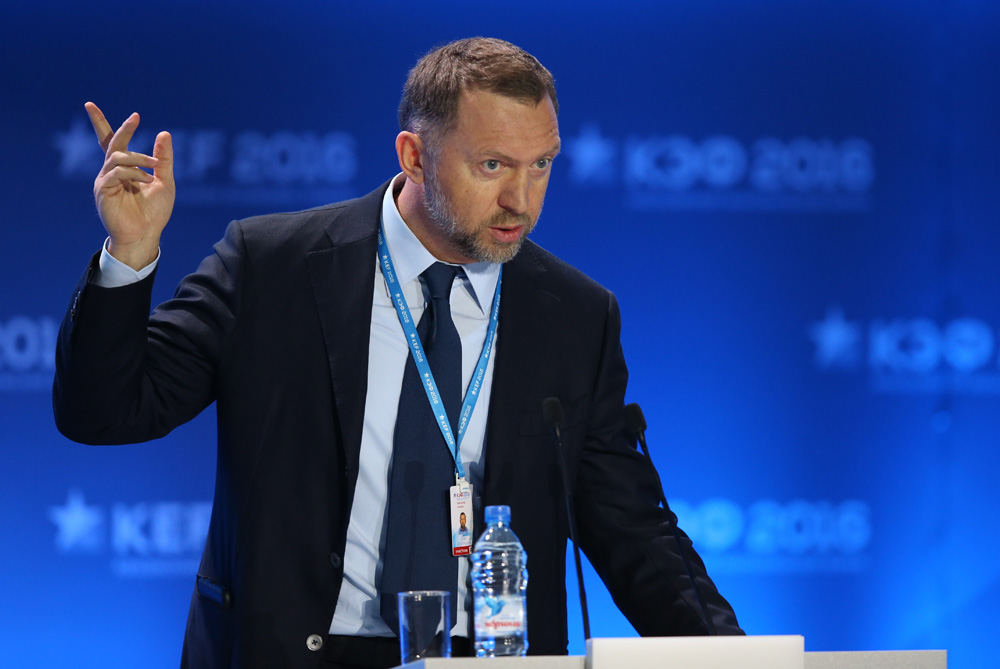 Artyom Korotayev/TASS
Leading Russian economists outlined their vision for the country's future while gathered at a forum in the heart of Siberia. Discussions at the Krasnoyarsk Economic Forum focused on issues including decentralization, developing food technologies and healthcare.

The publication of Russia’s Strategy-2030, a blueprint for the country's development over the next 15 years, is due in the summer of 2016.

A group of leading Russian economists outlined highlights of the Strategy-2030 project at the Krasnoyarsk Economic Forum between February 18 and 20, in the central Siberian city of Krasnoyarsk.

Regions instead of Moscow

Since the 2000s, all taxes in Russia have been allocated through the federal centre, making Moscow the fastest developing city in the country.

Things are likely to be different in future, according to Strategy-2030. Moscow's economy has been growing mainly through the development of the services sector. However, with GDP weakening along with falling oil prices, this potential has already been exhausted. It is now vital to create incentives to move people from services to other sectors of the economy.

The toughest stance on the Russian capital’s monopoly on wealth was voiced by Oleg Deripaska, one of Russia's richest people (Forbes estimates his wealth at $6.2 billion) and the owner of the world's biggest aluminium company, Rusal. According to him, "it is time to depopulate Moscow. Each time I come to Moscow, I wonder what all those people do," said Deripaska, most of whose assets are located in Siberia.

Agriculture instead of IT

If agriculture was the most advanced sector of the economy in the 18th century, it almost became the most backward in the 19th and 20th centuries. The explosive growth of the Soviet economy between the 1920s and 1960s was largely driven by labour's relocation from rural areas to towns and cities in search of work.

The modern economy, however, works differently, and the agricultural sector can become a source of new technologies no less than the IT sector, according to the forum participants. The next technological revolution will take place in food, the economists forecast, hence a focus on the agricultural sector will help Russia to make a timely switch from a natural resources-based economy to a food economy.

Since Russia is the world’s largest country, it could become a real testing ground to develop agro-industrial technologies. This thesis was succinctly summed up at the forum by Russian Deputy Prime Minister Arkady Dvorkovich; "Russia is already heating the world, Russia can feed it too."

Private business instead of state

The main development institutions in Russia are its state-owned banks: the country's biggest lender Sberbank, its competitor VTB, and VEB, which was set up to finance infrastructure projects. As a result of Western sanctions these banks, which financed the 2014 Winter Olympics in Sochi, have found themselves cut off from the world capital markets. Deripaska pointed out at the forum that a couple of banks "cannot save the whole of the Russian economy.” There should be at least eight of them.

New major banks could be set up by leading businessmen and could be headed by former government officials who will lose their jobs as a result of streamlining government structure and spending. This should be followed by a complete outsourcing of state functions. In education and in the social sphere, for example, a growing part should belong to NGOs.

Alzheimer's instead of heart failure

Another key area of discussion at the Krasnoyarsk Economic Forum was healthcare. In developed countries, one of the biggest items in healthcare spending is treatment of Alzheimer's disease. Not so in Russia, where people do not live long enough to develop Alzheimer's and mainly die of various cardiovascular conditions.

Disease prevention is the main development area for medicine of the future. Doctors should no longer treat diseases, they should prevent them. In this respect, it was proposed at the forum that Russia could follow France's example. Despite a not too long working week (45 hours instead of the United States’ 70) and not a very big population, France has been able to create the necessary technologies. The main reason is its reliance on education.

"The French have a superior education system, although they are not particularly great workers and enjoy a sybaritic lifestyle," said academician Alexander Kuleshov, speaking at the forum.