Putin's three options for way out of Russia’s crisis 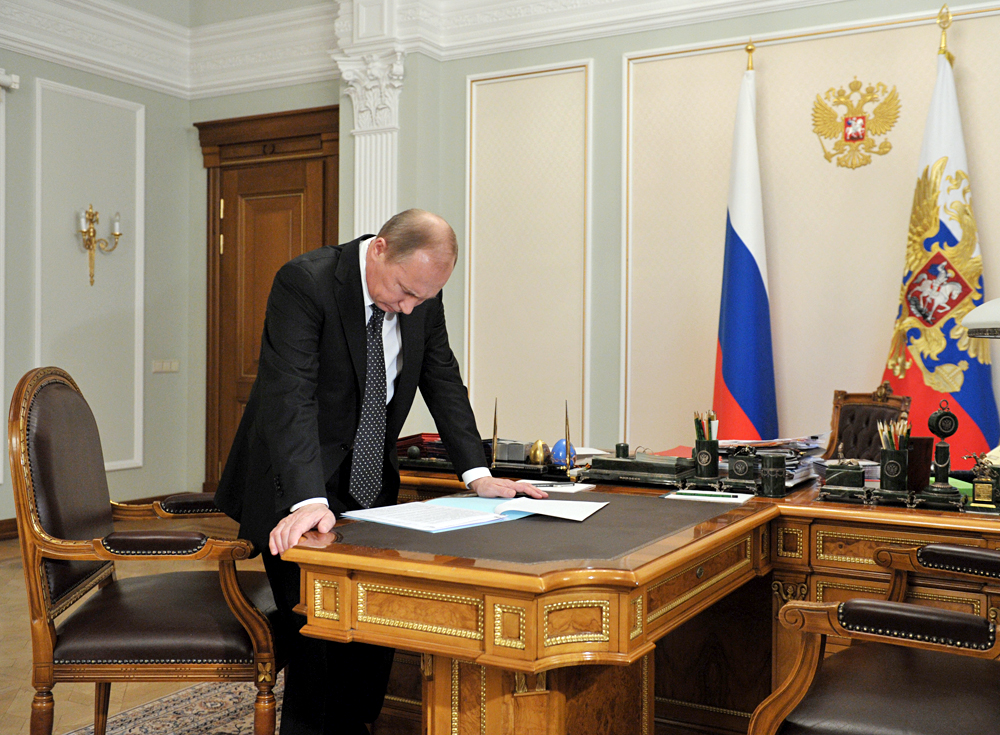 Russian economists presented to Vladimir Putin three programs to help the country get out of the crisis. Source: Aleksey Nikolskiy/RIA Novosti

Economists in Russia have given a set of three proposals to President Vladimir Putin to help steer the country out of the economic crisis. RIR looks at the essence of each of the plans, which were presented to the President at the Economy Council session on May 25, and sees how some plans have worked in the past.

Plan 1: Limit the income of the population

The Ministry of Economic Development believes that growth of salaries and the country's galloping consumption are driving the Russian economy to a dead end, and has suggested two ways to emerge from the crisis: limit salaries and transform revenues into investments.

According to the ministry’s plan, investments in coming years should grow by 7-8 percent annually, if consumption remains stagnant at where it is now. This would enable employers to limit the growth of salaries, but would it be possible to influence budget structures that are dependent on the government?

The ministry’s other ideas include an increase in the retirement age for men and women to 63-65 years (currently it is 60 for men and 55 for women). In order to make life easier for businesses, the ministry is suggesting changes in the labour laws, to facilitate laying off workers for economic reasons.

The practice of radically limiting consumption was employed in the USSR in the first half of the 20th century, when all resources were directed toward development of public enterprises, to the detriment of private consumption. That was part of the planned economy mechanism, where resources from domestic sectors were distributed by State directive. The Russian government now does not have such resources.

An alternative plan was presented by the ‘Stolypinsky Club’, a club of conservative economists named in honour of Minister Peter Stolypin, also from the beginning of the 20th century. One of the members of the Club’s presidium is Putin's advisor Sergei Glaziev, a leftist economist who also favours independence for the Russian-speaking Donbass region of eastern Ukraine.

The Stolypinsky Club suggests that Russia launch a "quantitative easing" policy, for example, print special obligations for 1.5 trillion rubles ($22.5 billion). For this not to affect inflation, the club proposes that the country return to the currency corridor and end the floating exchange rate, which was introduced at the end of 2014.

Such a plan was implemented in the USSR during the major crisis at the end of the 1980s which led, among other things, to the collapse of the state. This method is actively employed in the West.

"This policy is now used in the U.S. and the EU, but their economic conditions cannot be compared to those in Russia," said Bogdan Zvarich, analyst at Finam investment holding. The main difference is that Russia's inflation is high. Introduction of such obligations now would result in a drastic increase in prices.

It is not possible to obtain economic growth without guaranteeing the right to property. That is why a necessary condition to overcome the crisis must be the reformation of the law enforcement agencies and the justice system, says Alexei Kudrin, former finance minister and author of the third plan.

Despite the fact that Kudrin resigned as finance minister in 2011 and now heads the Committee of Civil Initiatives, which is opposed to the present government, he remains one of the most influential economists in the country.

For the country to get over the crisis, Kudrin says the justice and law enforcement systems must be more objective and the share of the economy that belongs to the government must be reduced in favour of small business.

However, to raise growth rates to four percent in 2019, an additional 4.5 million people must enter the workforce and 40 trillion rubles ($599 billion) of investment must be injected into the principal capital.

Such a policy has produced successful results in the Southeast Asian countries, notes Emil Martirosyan, professor at the Russian Presidential Academy of National Economy and Public Administration’s Institute of Business and Business Administration.