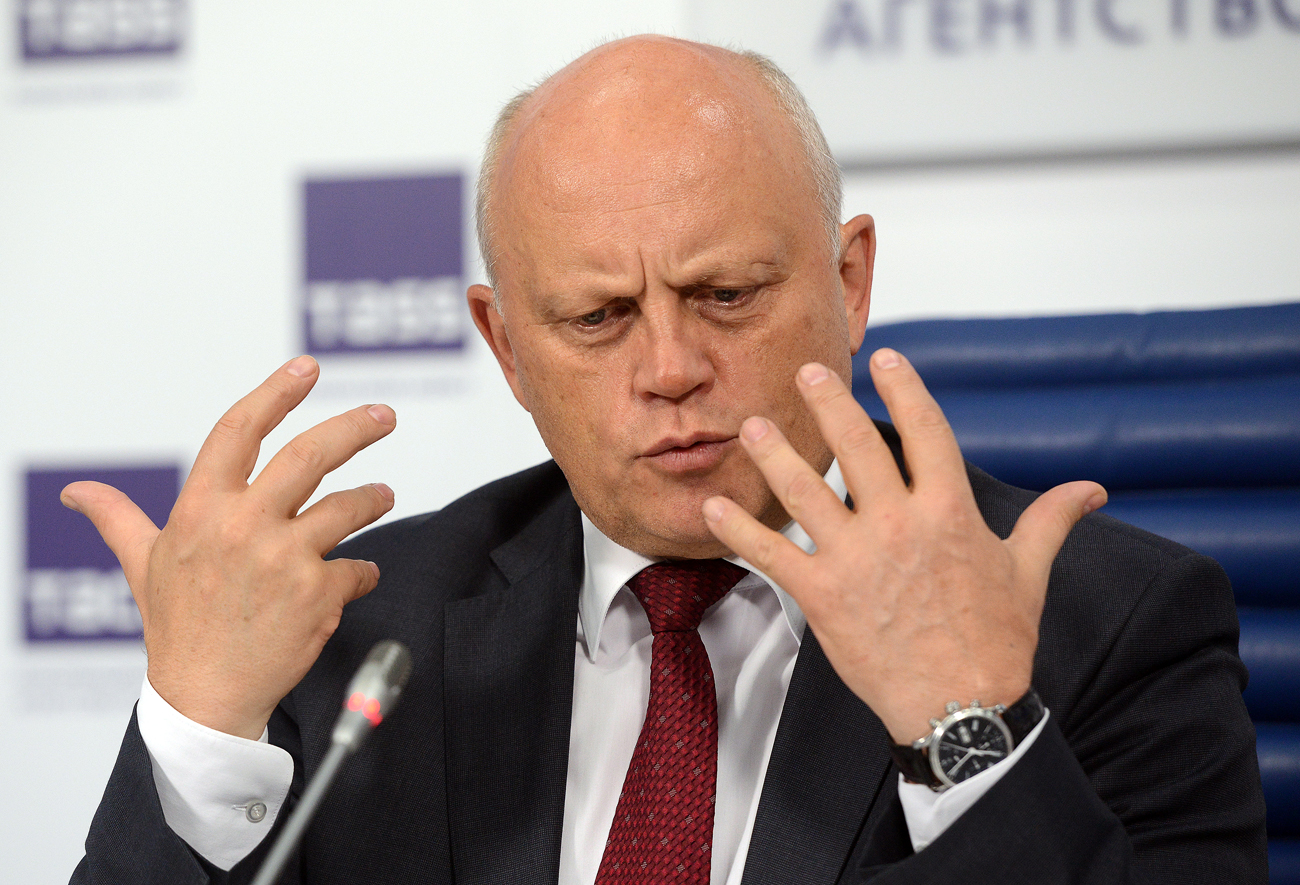 The governor of the Omsk region Viktor Nazarov at a press conference on the anniversary of the city of Omsk and the socio-economic development of the region.

Nikolay Galkin / TASS
Regions in bordering Kazakhstan and China are the most popular foreign investment destinations. Analysts say many other Russian regions are becoming independent players when it comes to attracting foreign capital.

Omsk, the region of Siberia which borders Kazakhstan and is close to China, will focus on attracting investment from member countries of the Shanghai Cooperation Organization (SCO), Governor Viktor Nazarov said at the SCO Youth Summit on September 22.

Trade between the Omsk Region and SCO countries stood at $430 million in 2015, accounting for around 36 percent of the region’s total trade turnover, Nazarov said.

The governor added that 213 Kazakh companies, 69 Chinese enterprises and 12 companies founded by Kyrgyz investors operate in the region. The Omsk Region even has a company with Indian and Iranian investors, he said.

Nazarov said the largest Eurasian transport corridors run through the Omsk Region and the creation of new industries will help turn the region into a major hub.

“This is definitely another step in the development of our business projects and we are willing to offer many new business platforms and provide support for investors interested in creating such hubs,” the Governor said.

Omsk has plans to create a SCO Youth Business Incubator, in which representatives of member countries could work on their projects and fulfil their ideas on favourable terms, Nazarov added.

“As of today, the SCO format has proven to be effective,” Nazarov said. “In fifteen years the organization's authority has greatly increased and its influence on integration processes has grown.”

The SCO's main distinguishing feature is that the organization is built on the principal of equality while considering each participant's interests, he said.

“Broad involvement is the main factor behind the stability of the SCO,” said Pavel Krasnorutsky, Chairman of the Russian Youth Union. “The development of business connections is one of the key instruments of cooperation among the youth.”

He said a Russia-China business incubator would soon be set up in Omsk.

With dwindling foreign trade numbers at the federal level, initiatives undertaken by regions are being increasingly noticed, Kalachev said, adding that the regions prioritize the inflow of new technologies and competencies. Rather than money, the regions want investors to help create new modern working places and expand the export potential of Russian manufacturers, he added.

Russian regions that have traditionally attracted a large amount of foreign investment are now facing competition from regions that once lagged behind, according to Sergei Kalenjan, Dean of the RANEPA Higher School of Corporate Management.

He said that the smaller regions are working hard to create special conditions for investors and training personnel to pursue foreign investors.

“The realities of life in the regions are motivating governors to pay more attention to attracting investment, and to create a competitive entrepreneurial environment,” Kalenjan said.