Laser fuel for drones and satellites 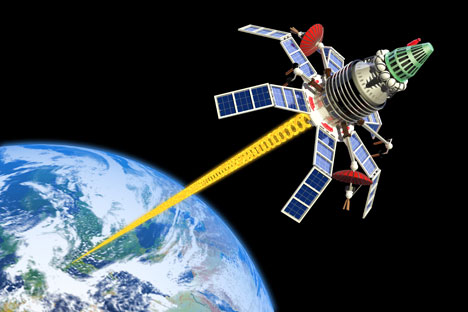 Currently, almost all space devices get energy from solar batteries, even though their massive size creates many problems.

Shutterstock / Legion-Media
Russian scientists are working on ways to recharge electric drones in the air by transferring energy via a laser beam. The technology being developed can also be used in outer space to recharge satellites.

Laser canons and blasters look stunning in the epic ‘Star Wars’ battles, but a laser weapon is actually very ineffective. Just an ordinary mirror can provide near complete protection from laser blasts. However, there is a demand for lasers in some sectors, for example, to transfer information over optical networks.

Scientists at the Energia Rocket and Space Corporation headquartered in Moscow have devised another use for lasers. They intend to recharge electric drones in mid-air and transfer energy via a laser beam.

The drone market is rapidly growing and, in 2015, global sales reached $5 billion.

"Our technology can allow drones to function around-the-clock," said Russian engineer Ivan Matsak, one of the new technology's designers.

Matsak long believed it was senseless to transfer energy through lasers because of their low efficiency, without even taking into account losses experienced while transferring and transforming energy. In the 2000s, the situation began to change with the appearance of infrared lasers with an efficiency level of 40 to 50 percent, as well as with some highly effective photo-electric modules capable of transforming 40 percent, and in some cases 70 percent, of radiation energy into electricity.

This motivated scientists to seriously consider using laser lines in electricity transfer. Such a line must consist of an effective infrared laser, a focusing and targeting system, a photo-detector aboard the drone, and a battery, in case the line is disrupted.

The targeting system already exists. These are highly effective photo-electrical modules developed by the Ioffe Physics and Technology Institute. The effectiveness of transferring energy in such a way is about 10 percent, which means that with a power capacity of 200 Watts, it can maintain the drone at a height of one kilometre for a long while.

Scientists however, have decided to go even further and plan to use laser technology to transfer electricity in space. The technology will be even more effective there, because nothing absorbs radiation in a vacuum.

Nearly all space devices currently get their energy from solar batteries, though their massive size creates many problems. In outer space, large and sophisticated solar batteries must constantly face the sun. Laser supplies of energy, however, will help prolong the life of micro-satellites at any time and location.

"In space you need a lot of energy, and so large batteries are required,'' said Matsak. “However, with lasers the necessary power can be transferred onto detectors that are tens and hundreds of times smaller than solar batteries.''

Experimenting in space is another problem that can be solved with energy supplied by laser lines. For example, the International Space Station (ISS) does not have stable zero gravity. It vibrates, oscillates and experiences micro-acceleration because of the various devices functioning in it, like the engines rotating the solar batteries. This prevents the successful conclusion of many experiments, including those involving the growth of crystals. Laser transference of energy can help create ideal conditions for such experiments on board autonomous technological modules.

Russian scientists believe that lasers can also help recharge the space transport system. They have been considering the idea of inter-orbital tugboats to move satellites to higher orbits.

Matsak and his colleagues have developed a plan for a space experiment called Pelican, to be conducted in 2017. It is supposed to transfer energy from the Russian segment of the ISS to the Progress cargo spaceship. The scientists are now preparing a land-based experiment that will transfer energy at a distance of a kilometre. 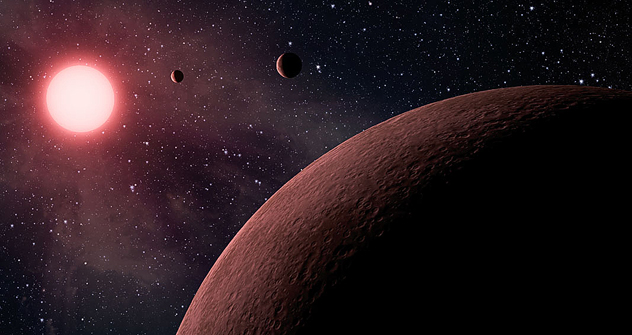