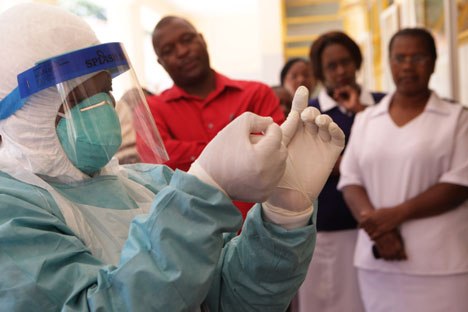 In the meantime, several other Ebola vaccines have been developed and tested in countries affected by the epidemic. Source: AP

Russia has registered a new Ebola drug that appears to be more effective than all of the other medicines currently being used to treat the disease, Russian President Vladimir Putin announced during a meeting with the Cabinet.

“We have registered a medicine for the Ebola fever that, after a series of tests, demonstrates high effectiveness. Its effectiveness is higher than that of those remedies that are used in the world up to now,” the Russian president said, as quoted by TASS.

Russia has developed and registered two separate Ebola vaccines, both of which surpass their counterparts in effectiveness, with one of the medicines designed specifically for people with immunodeficiency, Russian Health Minister Veronika Skvortsova said during the meeting.

“In December, Russia registered two Ebola fever vaccines, which were developed by the Gamaleya Research Institute of Epidemiology and Microbiology of the Russian Academy of Medical Sciences and tested in cooperation with the Health and Defense ministries,” Skvotsova said, as quoted by TASS.

“One of the vaccines is absolutely unique and has no analogues in the world. It provides 100 percent immunity to the disease,” she added, stressing that the second vaccine for people with immunodeficiency also surpasses its British counterpart in efficiency.

According to the minister, the west-African country of Guinea, where the latest outbreak of the disease took place, has already addressed Russia, asking for its help in dispensing the new medicines on its territory “in the coming months.”

Vladimir Putin has already authorized the health and foreign ministries to begin work with the African side. He also expressed gratitude to “the scientists and all specialists that worked on the project” and congratulated them on their success, calling it “a major step forward in fighting infectious diseases,” as reported by TASS.

The registration documents for the new vaccine were filed in late December as the cure was passing the final stages of clinical testing. Olga Golodets, Deputy Prime Minister for Social Policy, announced earlier that the new Ebola medicine had been successfully tested on people.

In the meantime, several other Ebola vaccines have been developed and tested in countries affected by the epidemic. One of them was created by the Merck, a US company, and tested by the World Health Organization (WHO) in Guinea last year, with preliminary results demonstrating a high rate of effectiveness after testing more than 4000 patients, ABC News reported.

Another vaccine designed for people with immunodeficiency has been developed in the UK.

An outbreak of the Ebola fever started in December of 2013, spreading from Guinea to neighboring Liberia and Sierra Leone. The epidemic claimed the lives of 11,000 people in these three countries, with 28.000 infected with the deadly virus.

The WHO is soon expected to declare an end to Africa’s Ebola epidemic, as it has been 42 days since the region’s last registered Ebola case, which is longer than the virus’ 21-day incubation period, ABC News reports. 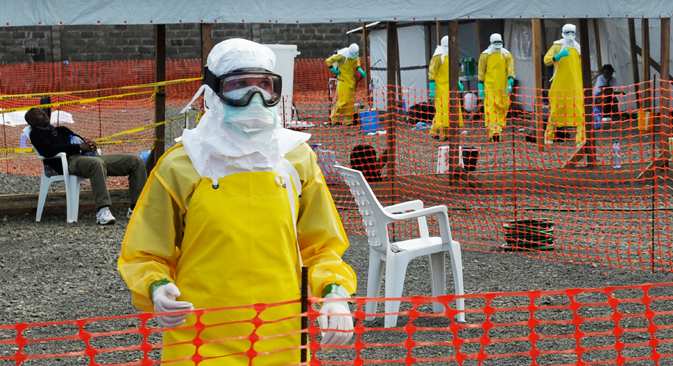