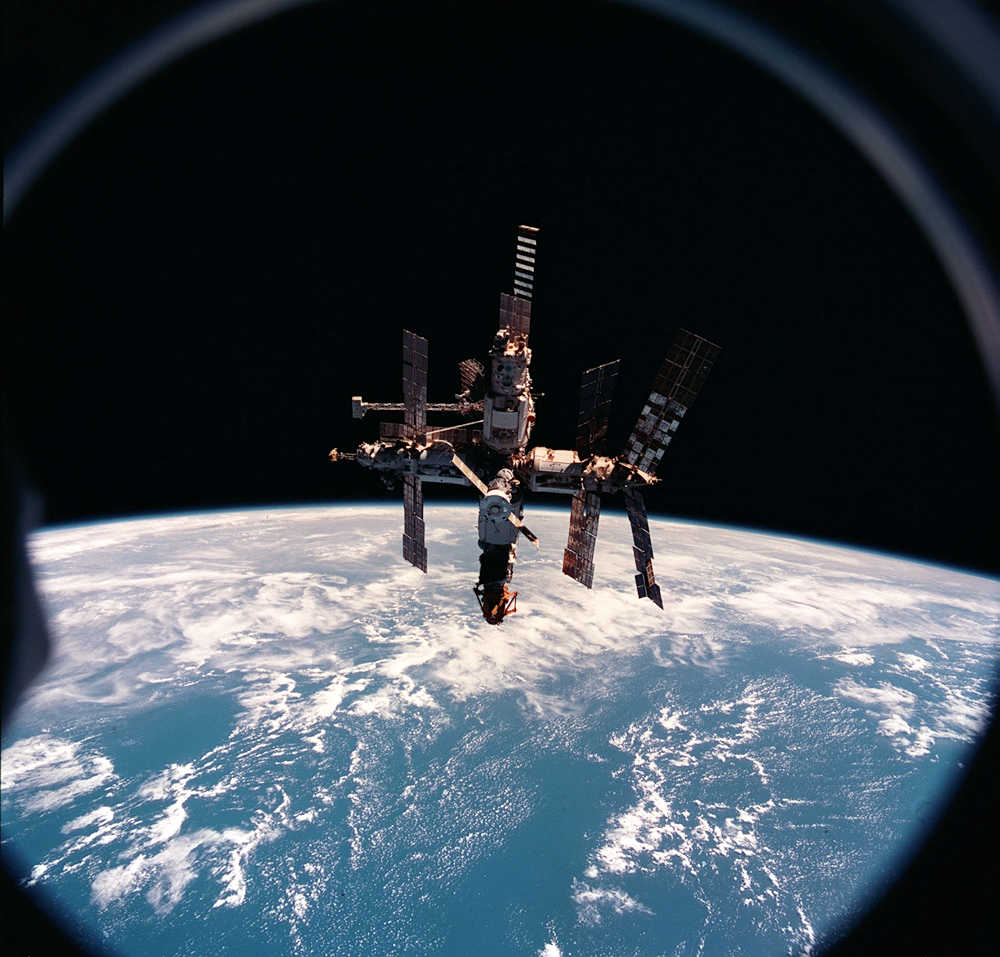 Mir's astronauts performed more than 78 spacewalks for a total period 359 hours and 12 minutes.

Reuters
It has been exactly 30 years since the last and most important Soviet space station, the legendary Mir, went into orbit.

The first module of the Soviet station, Mir, was launched into orbit on February 20, 1986. The International Space Station (ISS) was developed from experiences encountered during the building of the Mir 30 years ago. The Mir plunged mysteriously into the Pacific Ocean, sparking rumours of a strange space bacteria being a possible cause for its destruction.

We outline some other little-known facts about the Mir station.

The construction of the Mir involved 280 Soviet state companies, but it took the efforts of senior party officials to complete the project because, by 1984, a huge amount of resources had been pumped into the ‘Buran’ space shuttle programme, and work on Mir had stalled.

Mir was the first major international space station and a symbol of friendship between astronauts from different countries. Crews from the United States, Japan, Britain, France, Bulgaria and many other countries visited the space station. Mir's first foreign guest was Syrian astronaut, Muhammed Faris, in 1987. 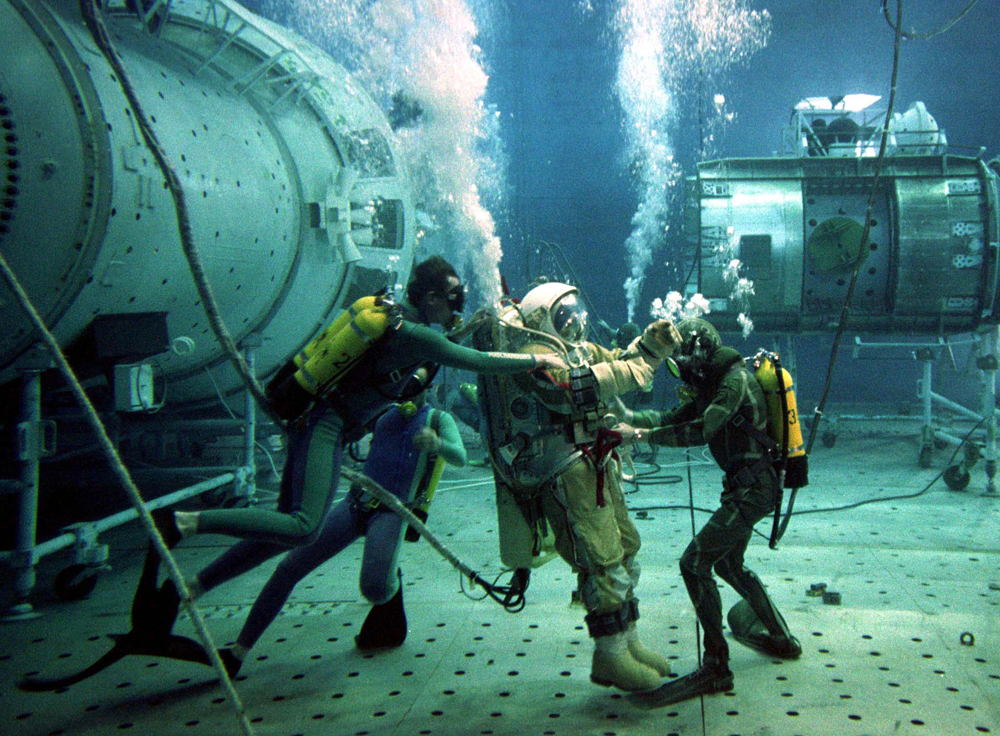 Mir's astronauts performed more than 78 spacewalks for a total period 359 hours and 12 minutes. There are still rumours that Mir plunged into the Pacific Ocean because of a mysterious cosmic bacteria that appeared after a spacewalk.

Launched in 1986, the space station consisted of only a base block. The additions; living quarters, laboratories, and a module for docking with the U.S. space shuttles; appeared later.

Mir was the first modular design of an orbital complex, which was later used in building the ISS.

Mir conducted the first studies on the effects of long term weightlessness on human behaviour, which helped in understanding reaction of the human body and mind during interplanetary travel.

Radiation research on Mir helped to predict the dynamics of changes in radiation fields. This is how scientists were able to determine the exact period of intense radiation hazard for future space missions. 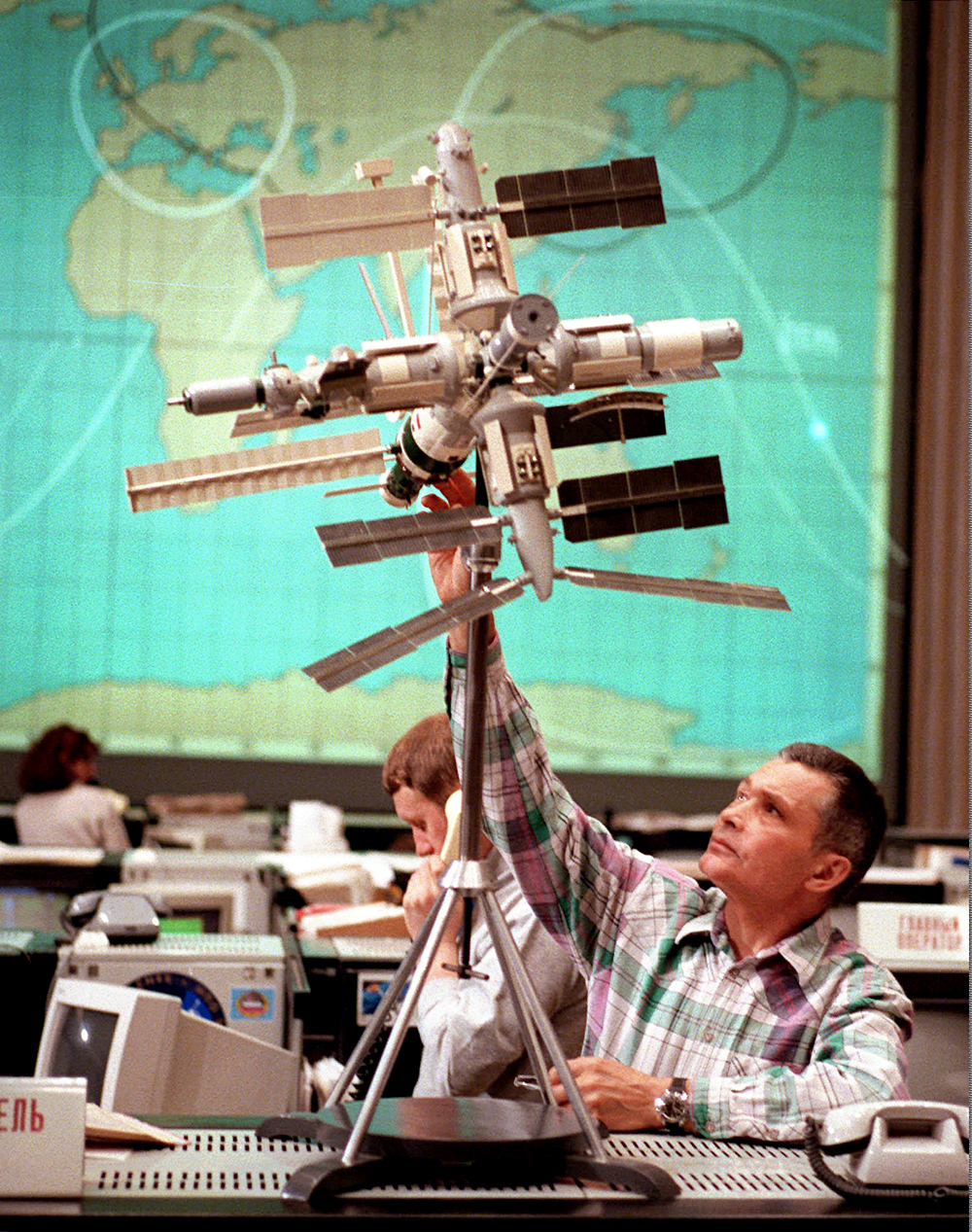 A flight controller adjusts a model of the Mir station at the Russian Mission Control center near Moscow, during a spacewalk performed by the Mir's two Russian cosmonauts, Wednesday, April 22, 1998. Source: AP

Mir was designed to operate for five years, but the station lasted and functioned three times its planned lifetime.

During the 15 years in orbit, Mir was the world's only space laboratory for testing and training for future manned stations like the ISS.