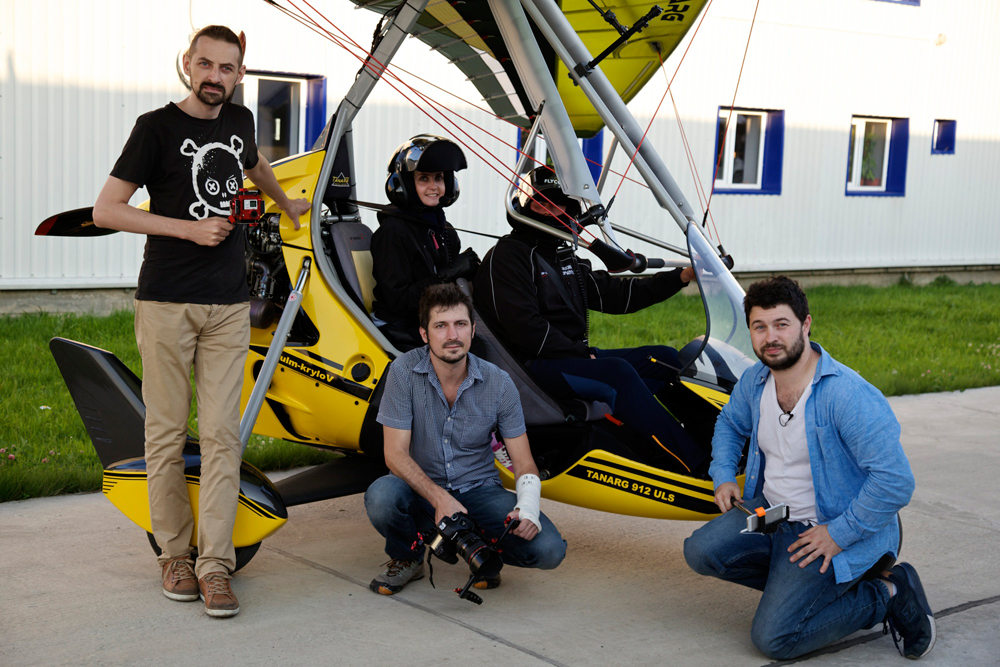 Press photo
A couple of Russian filmmakers have been shooting 360-degree videos with physically challenged young people performing difficult sporting activities to inspire them and challenge them to face new possibilities. RIR met creators of the VRability project.

Georgy Molodtsov, Project director, and technical director Stanislav Kolesnik work in a workshop that looks more like an eccentric scientist's laboratory than the office of a social project. There are piles of devices all over, including cameras, and two ceaselessly buzzing 3D printers, ‘manufacturing’ the virtual reality.

Kolesnik had a serious injury over a year ago and was temporarily confined to a wheelchair. During this period he conceived the idea of using VR films to show the physically challenged that they have opportunities to lead an active life.

Molodtsov has had a lot of experience working in social publicity, and Kolesnik had done similar technical projects, so a 360-degree video became the ideal format for their VRability films. The movies are to be watched on a computer screen moving the mouse, as well as on smart phones wearing special VR glasses, such as Google Cardboard. The 360-degree video creates the effect of being in the film, even seeing what is happening behind the protagonist.

"I've been in a wheelchair for 12 years but I didn't even know there is a chance for me to fly a hang-glider. I totally loved this adventure!" said Maria Gendeleva, who is one of the first protagonists of the VRability project, the first in the world to use 360-degree videos to inspire the disabled to embrace more challenges. 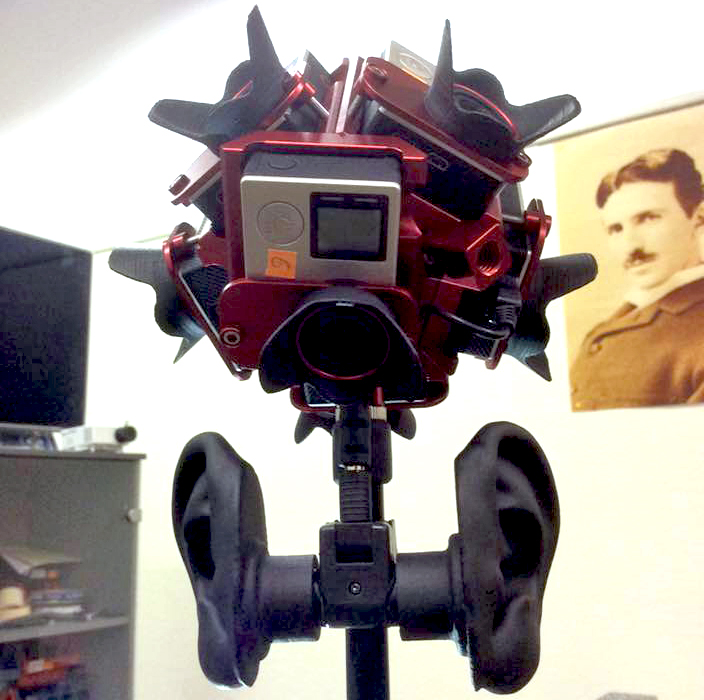 The VRability team uses 3D printers to project and print special image mountings that are connected to 5-7 GoPro cameras, and constantly perfects the editing technique. Before each shoot, the team must hone the camera work, and tests sometimes can take over 14 hours.

Night on the ice

The charity, Perspektiva, helped find protagonists for the films. Currently, Georgy and his team are making a feature-length VR film about the professional athlete, Maxim Kiselev, who performs athletic dances in a wheelchair on ice and on the floor. The film tells his story in first person. Maxim can move around by himself with a cane, but the film was shot mostly from the vantage point of the wheelchair.

Kiselev started dancing nine years ago; first for rehabilitation and then as a professional sport. Six years ago he became the first person in the world to try to dance in his wheelchair on ice with a normal figure skater as his partner.

"This really fascinated me because something like this does not exist in Russia," said Kiselev. 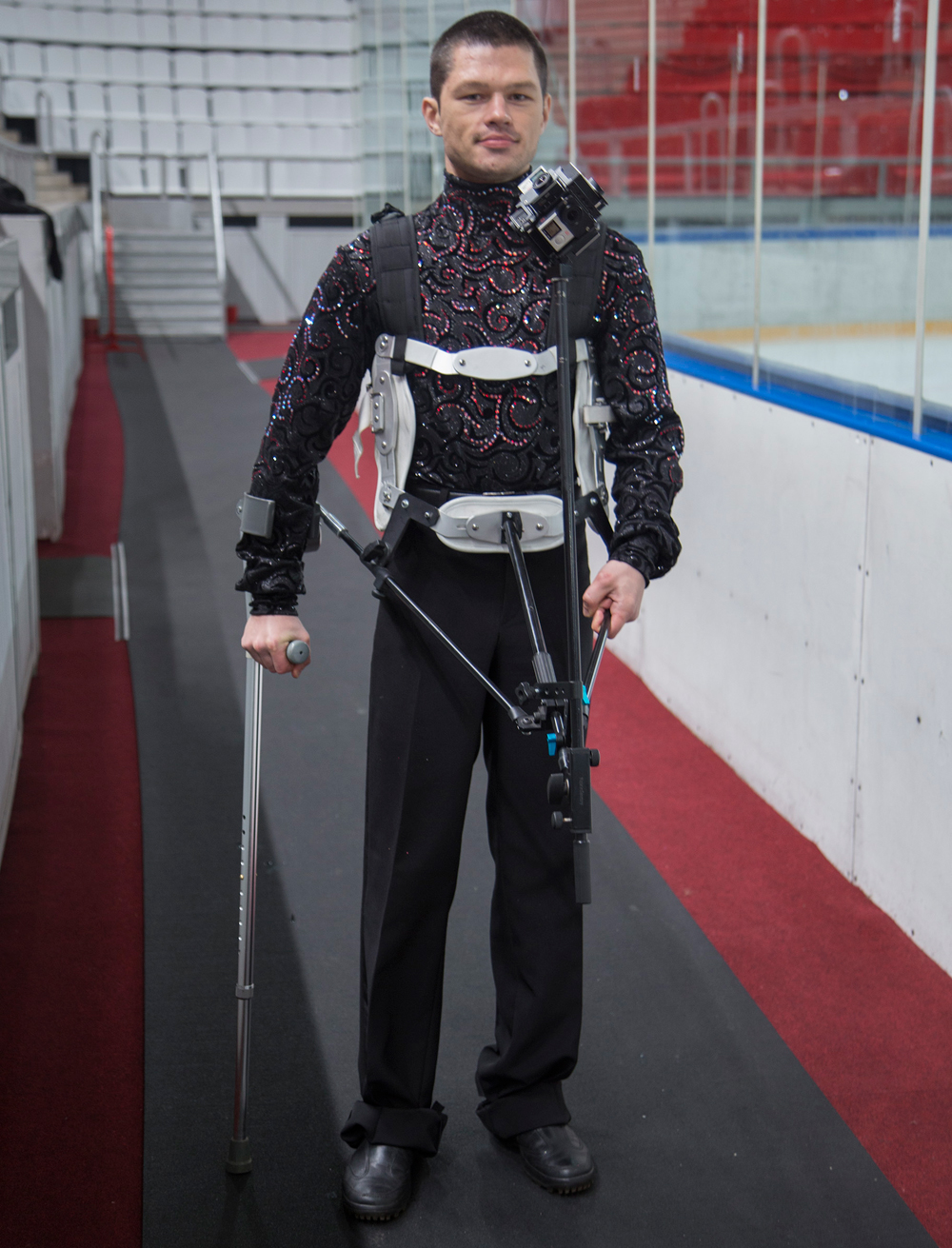 The film was shot all around Moscow -- at Mr. Kiselev's home, on the streets, in the metro, and on the ice. He and his partner had to "skate" the three-minute performance 70 times; he was filmed all night long, and until morning.

"By the time filming ended my partner and I could no longer move,'' said Kiselev. "But it was great!"

Both the project's protagonists and creators agree that it will help the disabled. Molodtsov believes that many people are afraid of trying something new, or simply do not know that they have such an opportunity. Virtual reality is becoming a comfortable "intermediate cushion" in which an individual can experience something completely new, but at the same time remain in his comfort zone.

For Maria Gendeleva it was particularly important that such videos inspire others to live more actively. "If you see that a person with your condition is capable of taking this step, then you are immediately motivated to somehow change your life," she said.

Molodtsov and Kolesnik are convinced that the project will benefit not only the physically-challenged.

"We show strong personalities who achieve unbelievable results by overcoming themselves," said Molodtsov. "If these people have the strength and the desire to do something, then why shouldn’t the wider audience try it too?"

VRability was presented at the first session of the Platform.