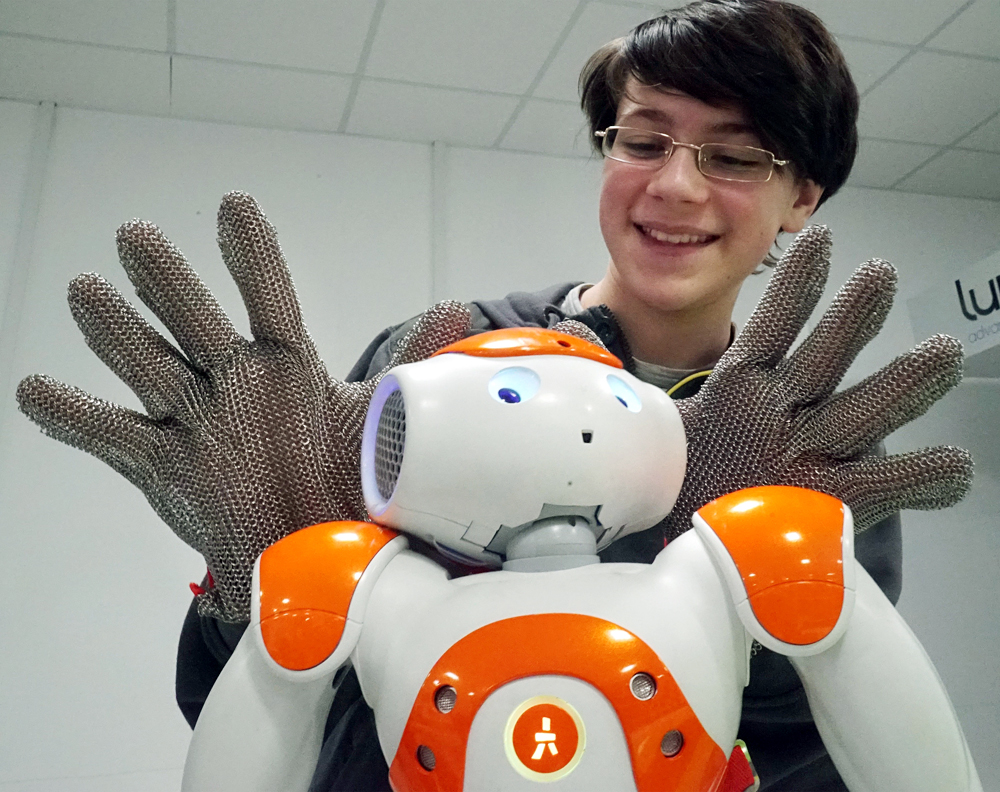 A schoolchild is seen here with a NAO robot at the IT sector of the 'Fablab' industrial laboratory of the Fabrika techno park at the Immanuel Kant Baltic Federal University, Kaliningrad.

Igor Zarembo/RIA Novosti
With sanctions imposed and an economic crisis on, Russia particularly needs its own technologies. Science parks must become a part of the innovation development strategy. But how many are there in Russia today, where are they and what exactly do they do?

Over the past five to ten years the number of science parks in Russia has been growing at an incredible speed. Officially, there are more than 300 of them today. However, a significant part of them function only "on paper." They are more office buildings than centres for development of new technologies that the country needs in times of sanctions.

Research done by the Russian Association of Clusters and Science Parks indicates that in Russia currently, there are slightly more than 70 "real" science parks, in which entrepreneurs in the technology field can receive the necessary support.

Perhaps there are too many of them?

"A real science park consists of laboratories, educational and acceleration events, as well as support for all residents who are entering international markets. But the majority of science parks are either industrial platforms or just office buildings," said Renat Batyrov, General Director of the Skolkovo Science Park. He cited the IT-park in Kazan and the Novosibirsk Science Park as examples of successful projects.

In the current conditions of economic crisis, Russian science parks can perhaps count only on financing from the state budget. Private Russian investors have little money, while foreign investors are blocked by sanctions.

"If the government had decided to invest in science parks during the economic crisis, it would have been one of the most effective anti-crisis measures," said a representative of the Association of Clusters and Science Parks. "This would have helped create new high-tech companies and new jobs. It is the science parks that must create favourable conditions for development of new businesses."

According to the Russian Communications Ministry, most Russian science parks specialize in the IT field. Among the other specializations are biomedicine, biotechnology, the production of medical products, nanotechnology, instrumentation and the development of new materials. Another traditional field for Russia is the oil and gas industry.

Russian geographical particularities form the science parks' specializations: the Far East and Yakutia are oriented more towards collaboration with Asia; China, Japan and South Korea. "Territorially we are closer to Southeastern Asia, so we can become a window to Asia for Russian technologies," said Anatoly Semenov, Director of the Yakutia Science Park in the north of Eastern Siberia. The science park already has joint projects with a South Korean biotechnological foundation from the Chuncheon Province.

Science parks in Moscow, St. Petersburg and Kaliningrad, however, feel a strong link with Europe. "We are oriented towards Finland, the Czech Republic and those countries that are closest to St. Petersburg," said Alexander Koloustov, director of the science park at the St. Petersburg National Research University of Information Technologies, Mechanics and Optics.

Often business influences the development of scientific-technological cooperation with other countries. For example, French companies are interested in Russia's south with its proximity to the markets of Eastern Europe and its agro-industrial potential.

"Due to the presence of Renault, we are actively developing automobile technologies. Many Frenchmen currently live in Togliatti," notes Alexei Kokotkin, Deputy General Director of the Zhigulevskaya Dolina Science Park. The park also collaborates with France in the field of space technologies.

What does the future hold for Russian science parks?

According to Batyrov, the science parks-office centres will eventually vanish. Geographical specialization will be preserved and will possibly become even more precise. Considering Russia's technological needs, a science park should appear in every city that has a population over 500,000 people.

"It is necessary to synchronize the best parks, create information systems that will help residents find partners in other science parks and abroad," says Batyrov. It is precisely this kind of infrastructure that Skolkovo is determined to establish.