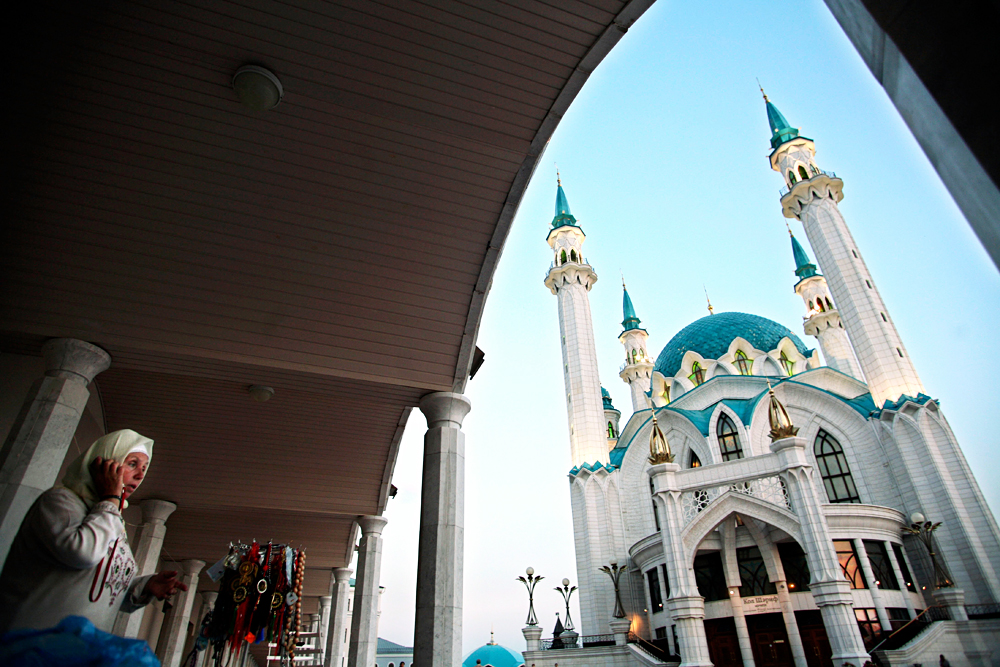 Tatarstan is the homeland of the Tatars, and 55% of the estimated 4 million population is Muslim.

AP
One of Russia’s major start-up industry events, the Kazan Venture Fair, was held in the Tatarstan republic on April 26th-27th. The best 10 start ups at the event received around $77,000 each, and an opportunity to make a pitch to investors in Silicon Valley.

The city of Kazan, capital of Tatarstan, is among the most charming and picturesque in Russia, easy to fall in love with. The city combines ancient architecture and brand new mosques, Christianity and Islam, innovation and tradition.

Kazan today is rapidly becoming one of Russia's strongest tech hubs, with many universities and science parks.

The city hosted the 11th Venture Fair, which is Russia's main venture industry event, at the end of April, bringing together around 700 delegates. The fair featured 55 start-ups, selected from 378 companies. The 10 finalists were given around $77,000 each, and an opportunity to take part in the international acceleration program in Silicon Valley and Ireland.

“There's no market in Russia for some technologies, but they are in demand abroad, and it was a right decision to create this platform here,” said Rustam Minnikhanov, the President of Tatarstan, during the fair.

“We have to identify our development priorities,'' said Andrei Fursenko, assistant to Russia’s president, speaking at the fair. “It’s obvious that innovative agricultural projects are in demand."

Many people who attended the fair, however, see Russia struggling to build an efficient innovation ecosystem, despite significant state funding. Fursenko admitted that the artificial stimulation of the tech sphere doesn’t work well enough. He said entrepreneurs should take more responsibility and rely more on themselves.

Russia might have already lost some markets, admitted Igor Agamirzyan, CEO of the Russian Venture Company.

“It's a necessary part of the development of new technologies,'' Agamirzyan said. ''Ukrainian and Belarus IT developers have been more competitive on the global arena, and only the ruble's depreciation is changing the situation.”

At the same time, the technology market is developing at a pace that exceeds all expectations. For example, drones and unmanned vehicles have seen explosive growth in recent years. Agamirzyan said he is concerned that the window of opportunity for Russian start-ups might be closing in certain areas.

“At the Kazan fair you see a lot of projects from all over Russia, and that saves a lot of travel,'' Sven Lingjaerde, co-founder of Endeavour Vision, a global venture capital firm, told RIR.

His company invested in one of the biggest online shoe retailers in Europe, and Lingered spotted an interesting start-up called TryFit at the Kazan fair. TryFit has developed a 3D foot scanning technology.

“The big problem when you are selling shoes online is their possible return, which can basically eat into your margin,” Lingjaerde said. “When someone can identify the correct size, there is a 99% chance that the shoe will fit versus the 60-70% chance that we currently have.”

“Cyber security, biotech, life sciences, robotics, agriculture tech; these are all areas in Russia that are promising,'' Liao said. ``What we see in Russia is a lot of very talented scientists, but the problem is that we are looking for real products versus science projects."

Liao admits, however, that Tatarstan has established a fine foundation for tech start-ups.

“The quality of start-ups represented at the fair has gone up in comparison to last year,'' Liao told RIR. “There is also a growing understanding of the importance of IT in Russia. I think this is due to the micro economical changes; oil prices have gone down. Most resource-driven economies, including Australia and Canada, as well as some parts of Europe, are focusing on IT projects. This is the future."