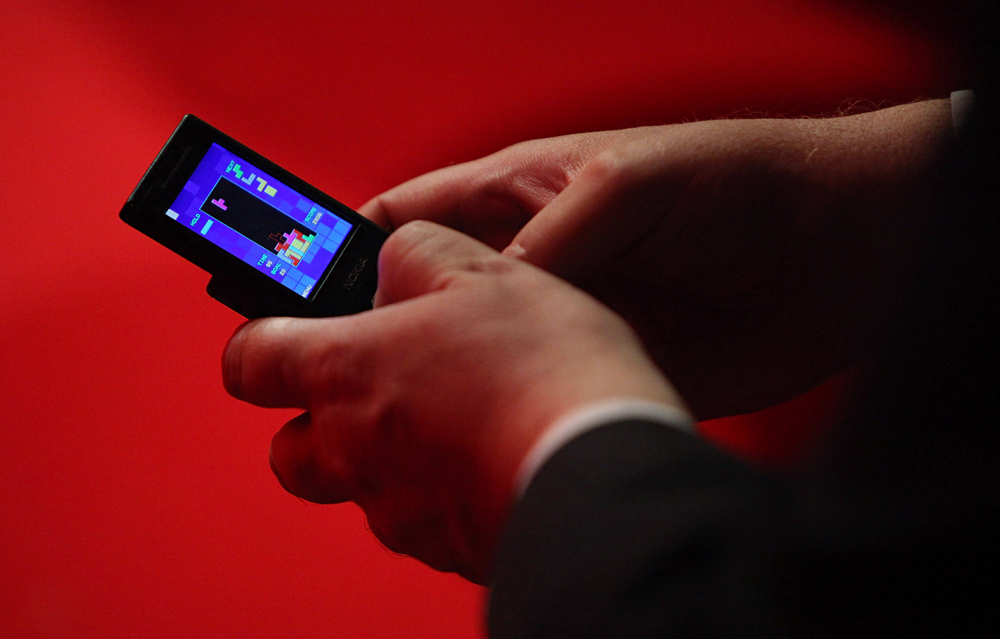 A man plays a game of tetris on his mobile phone

Getty Images
Russia has, throughout history, produced many great inventors and generators of ideas. Many of them, however, were not able to fulfil their potential at home and emigrated. Other countries are often considered to be the birthplace of a variety of inventions, but some of their origins can still be traced to Russians.

Sergey Brin, a co-founder of Google, the world's most popular search engine, is of Russian origin. Born in Moscow in 1973, he was taken by his parents to the USA when they emigrated from the U.S.S.R. in 1979. He earned a bachelor's degree at the University of Maryland, where his father, Mikhail Brin, worked as a professor after they emigrated. Sergey then graduated from Stanford University.

Brin clearly inherited the strengths of his parents. Before emigrating to the US, his mother Yevgenia worked as an engineer, while his father was an economist at an elitist intellectual institution as the Economic Research Institute at the U.S.S.R. State Planning Committee.

A man plays a game of tetris on his mobile phone. Source: Getty Images

Tetris, the original addictive video game puzzle, was invented by Alexey Pajitnov in 1984. At that time he worked at the Computing Centre of the USSR Academy of Sciences, dealing with problems of artificial intelligence and speech recognition.

The game puzzle soon became popular in Moscow and attracted interest from foreign businessmen. Confusion about rights and licences meant that Pajitnov began to receive dividends only a few years later, but the game quickly gained fans around the world.

Pajitnov set up the company AnimaTek in 1988, specializing in the development of gaming software, and moved to the United States in 1991. He is now involved in developing new games.

It is widely believed that the first smiley, or a stylized representation of a smiling face, was designed by American programmer Scott Fahlman. He planned to use these icons to separate serious messages from jokes on Carnegie Mellon University's bulletin board. His first message using emoticons dates back to September 19, 1982.

However, well-known Russian writer Vladimir Nabokov actually came up with this symbol as early as May 1969, during an interview to Time Magazine. When asked how he ranked himself among living writers, he replied: "I often think there should be a special typographical sign for a smile – some sort of concave mark, a supine round bracket, which I would now like to trace in reply to your question."

Russian inventor Igor Sikorsky built his first two helicopters between 1908 and 1911 and, in 1910, managed to take off in a plane constructed to his design.

He became the chief designer of the aviation department of the Russian-Baltic Plant in Riga (capital of Latvia, then part of the Russian Empire) in 1912. Several airplanes were built there under his leadership.

In 1918, Sikorsky emigrated to France, from where, in 1919, he moved to the United States. There, in 1923, he founded an aircraft-manufacturing company, the Sikorsky Aircraft Corporation, which later became a subsidiary of United Technologies Corporation. The company built around 15 aircraft and, in 1939, began to design and build helicopters. In 1967, Sikorsky’s S-61 became the first helicopter to fly non-stop across the Atlantic.

Many associate the modern standard of beauty with the name of French fashion designer Christian Lacroix. In actuality, however, Russian writer Andrei Khazin suggested in his book Icons of Russia: Russia's Brand Book that Russian artist Roman Tyrtov (known by the pseudonym Erté – from the French pronunciation of his initials, RT) also had a hand in setting the accepted standards of beauty.

Tyrtov was born in the family of a naval officer in St. Petersburg on November 23, 1892.

Not willing to join the military, he went to Paris, where he became a correspondent for the St. Petersburg-based magazine, Damskiye Mody (Women's Fashion). He began working in 1913-1914 as a fashion designer for famous French couturier Paul Poiret, and as a stage designer.

Tyrtov wanted to open his atelier, but could not do so because of a conflict with Poiret. In 1915, he managed to sign a contract with the American magazine Harper`s Bazaar, for which he later painted more than a hundred covers.

Erté worked for other major U.S., British and French publications. This is how women with a delicate figure with a thin waist first began to dominate the covers of major fashion magazines and the minds of fashionistas.