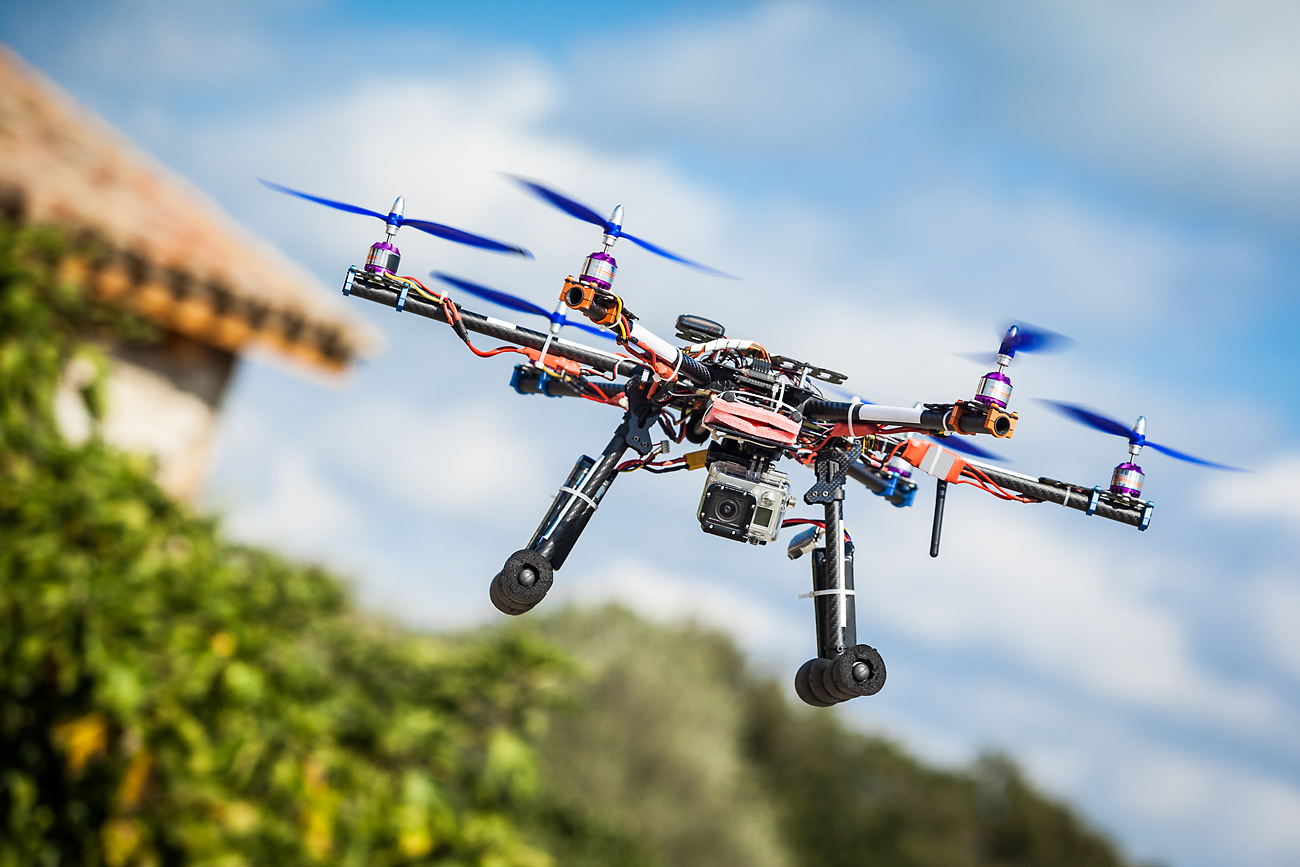 Vostock-Photo
New technology devised by Russian tech experts will allow operators to step on a projected area map to direct the drone towards a certain destination, and even play half-virtual football with it.

At the SIGGRAPH 2016 Forum (Special Interest Group on Graphics and Interactive Techniques) at the end of July in California, students from the Skolkovo Institute of Science and Technology (Skoltekh) displayed ‘Light Air’, a new device for human interaction with drones. It helps to direct the drone by just stepping on a picture projected onto a surface. The new system received the Laval Virtual Award, a prestigious prize given to developers.

"Some time ago, Apple invented gestures for the iPhone with which a person perceives technology as part of himself, with which even a baby can intuitively gauge how to handle a gadget. We have basically developed the same new concept of human interaction with transportation means," explained Professor Dzmitry Tsetserukou, head of the laboratory of Intellectual Space Robotics at Skolkovo and director of the ‘Light Air’ project.

Giving a command with a half-kick

Until recently, it was possible to operate drones only with radio commands. Skoltekh proposed using a projector and a 3D sensor that would scan the space in front of the drone and recognize human gestures. To issue the command, it will be enough to step on the image projected by the drone.

Mikhail Matrosov, one of the project's developers and a Skoltekh student, said that the image could be projected onto any smooth surface such as asphalt or a summer field.

"Any surface turns into a touch screen. We still haven't used it on grass, though," said Matrosov. "Theoretically, you can prod the image on a wall or a table, but where will you find a table on a summer field? It's easier to use your feet."

Commercializing the technology is limited for now, since not many companies in the world produce drones.

"The most important thing is that we have proven that the laboratory I manage and have created at Skoltekh in just one year is of an international level," said Professor Tsetserukou.

An interactive piano for drones

"For example, if the drone projects a scalable map of the area, it is enough to step on the necessary button to increase it and indicate the place where the drone must deliver the package," he explained.

When the drone arrives at the destination, with the help of the projected image, the addressee can learn what is inside the package, examine it from various sides, read its description and accept or decline it. That is how one of the applications that Skoltekh developed for the new system works.

Another application is an interactive piano. The drone projects the image of a keyboard onto the surface. The person, jumping on the keys, can play a tune, forcing the drone "to dance."

The third application is DroneBall interactive football. The drone determines the position of the player and his feet, projects the image of the ball and moves to the area where the player will kick it to catch it and respond.

In Professor Tsetserukou’s words, in future, besides people, humanoid robots will also be able to interact with the drone.