Surviving the Red Planet for 6 hours 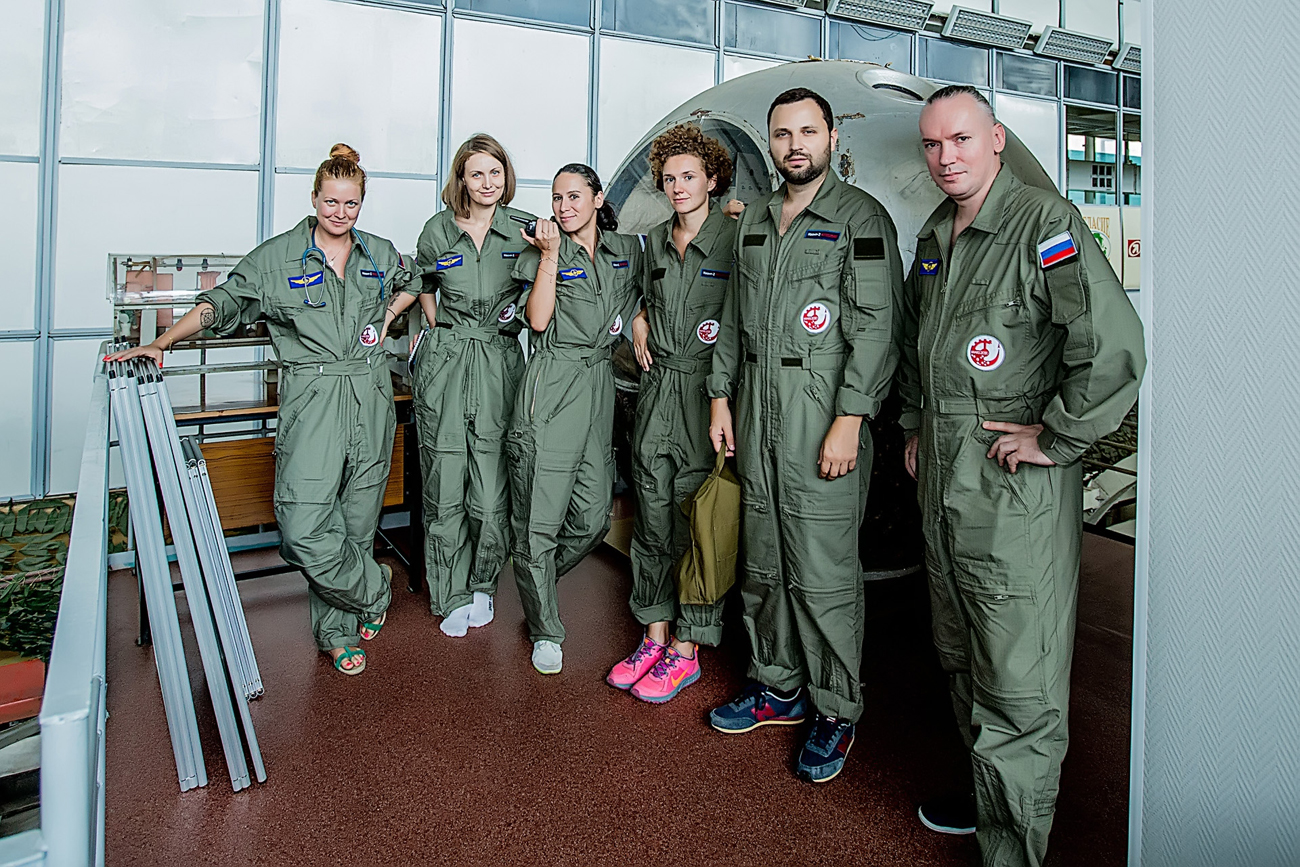 The Mars 2030 project is a psychological experiment in the form of a quest game.

Press photo
The yearlong Mars isolation experiment ended in Hawaii at the end of August. A reporter for RIR spent six hours in a closed space on a simulated Martian station located at the Biomedical Problems Institute in the centre of Moscow.

My fingers are numb from the cold in this abandoned Martian station. With only the dim light of a flashlight, we struggle to fix the generating system. The mission control centre has been silent for 30 minutes. Half the team is locked in another compartment. The hatch was accidentally shut.

I don't know how long we've been here. It seems like an eternity has passed. Sometimes we hear faint knocks. "Do something; we are running out of oxygen," the captain's voice can be heard saying from behind the closed door.

The worst is that we still do not understand the mysterious virus that infected the station. To figure it out, we need to crack the password and gain access to the computer.

"We need to know what year is today," I tell the medic. I remember she had a name on Earth, but I don't remember it. I am a researcher on the Mars 2030 expedition. Our goal is to find out what happened to the previous mission to the Red Planet. Why are they all gone?

The Mars 2030 project is a psychological experiment in the form of a quest game. It was originally conceived as team training. Things quickly become clear in isolation from the outside world, in the frightening reality of the Mars mission, and in conditions of uncertainty and limited time. You might come to realize that you are not the person you thought you were.

Participants in the training speak to psychologists after the simulation. There are no scores or recommendations, but psychologists help those who "visited Mars" to make their own conclusions. In cases where corporate teams try this exercise, it is possible for them to learn why communication is poor among the group and why objectives are not met.

"A lot depends on who is involved in the experiment," said the creator of this training program, Ekaterina Strizhova. "Once we had officials from a leading Russian Internet company play here, and they not just performed the tasks, they did it beautifully. For example, they knew that at some points it was possible to use force, but it was not interesting for them. Watching them was a pleasure."

The cost of the game for six people, depending on its content, is between $5,000 and $7,000. Until recently, the experiment involved only Russian-language teams. According to Strizhova, the game can be adapted for foreigners. Ideally, it should be a mixed group where someone understands Russian and can translate if necessary.

The inconspicuous brick building occupied by the Institute of Biomedical Problems of the Russian Academy of Sciences is located in one of Moscow's central areas, but is hidden from prying eyes by a high fence. Most passersby do not even suspect that this is where the first Soviet Martian station was located.

It consists of five sealed modules with crew quarters and an experimental unit. One module simulates the surface of the Red Planet. This is where our group found itself after we laid explosives at the station in order to save the Earth from attack by a dangerous virus, which according to the scenario, killed the previous crew.

The Martian ship prototype was built at the Institute in the late 1950s. Sergei Korolev, the famous designer and founder of the Soviet rocket programme, was part of the design team. The old station was upgraded in the 2000s for the international project Mars500 – a simulation of flight to the Red Planet. It was prepared by the Russian Academy of Sciences in conjunction with the European Space Agency.

Mars500 involved six trained volunteers – three Russians, and one each from France, Italy, and China – who spent 519 days in an enclosed space. The "flight" was successfully completed in early November 2011. The nearly two-year project cost $15 million.

The results of Mars500 formed the basis of the training programme created by Strizhova and her team.

"We learnt of project results and realized this was a unique experience that we could use not only to train cosmonauts but also to help people in professional development," Strizhova told RIR. "We added the characters, invented the scenario and provided participants with tasks to perform."

Strizhova said people use the training in different situations. For example, the owner of a business wanted to find a potential new CEO, and he wanted to see how this person would work in an emergency situation. The successor coped well and became head of the company.

Meanwhile, back to my mission on Mars... "You have to leave; it is already behind you... You will all die," this whisper repeats itself all the time. I'm starting to think that this sound exists only in my head. Screams are heard from the next compartment... The lights go off. The explosives have been set. The Earth has contacted us, and the hatch opens with a screech. I feel the sand of the Red Planet under my feet, and finally see the stars above...