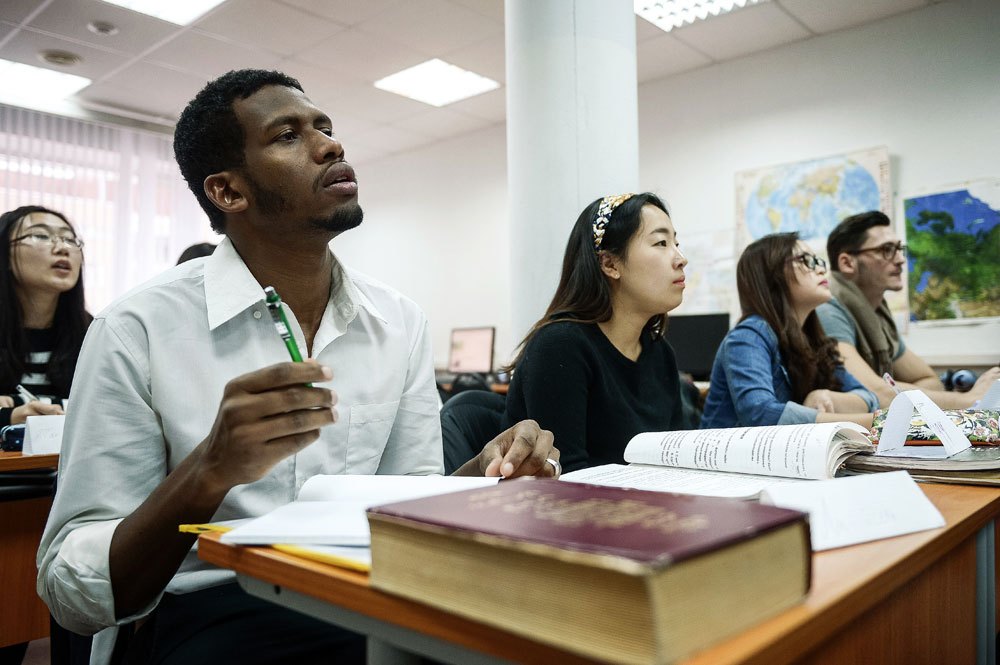 The People’s Friendship University of Russia (RUDN) has received four out of five stars in the QS Stars Ratings published by Quacquarelli Symonds, a British company specializing in education.

One of the leading schools in Russia, the RUDN overshadowed many top Russian universities that traditionally appear in international university rankings. Out of five Russian schools that Times Higher Education ranked among Europe's top 200, only Kazan Federal University appeared in the QS Stars ratings, scoring three stars out of five.

How Russian is taught as a foreign language
“Universities make their own decision if they want to participate in the ratings focusing on their needs and desires,” said RUDN spokeswoman Valeria Antonova.

The system allows universities that do not make it to the Times Higher Education ranking to apply for the QS Stars ratings audit independently.

Varying methodologies account for other discrepancies in results of different rankings. The QS Stars ratings evaluates universities against indicators grouped into eight wider fields, while Times Higher Education groups its indicators into five areas, excluding some used for the QS Stars ratings.

Established in 1960, the RUDN proved a successful pioneering attempt of the Soviet government to use culture and science to win the hearts and minds of the youth of developing nations. Today the RUDN scores high in “internationalization” criteria, teaching students from over 150 countries.

The Soviet authorities named the university after Patrice Lumumba, a Congolese independence leader who alarmed the Capitalist bloc by acquiring Soviet military and humanitarian aid during the Cold War. The Russian government changed the university’s name to RUDN in 1992.