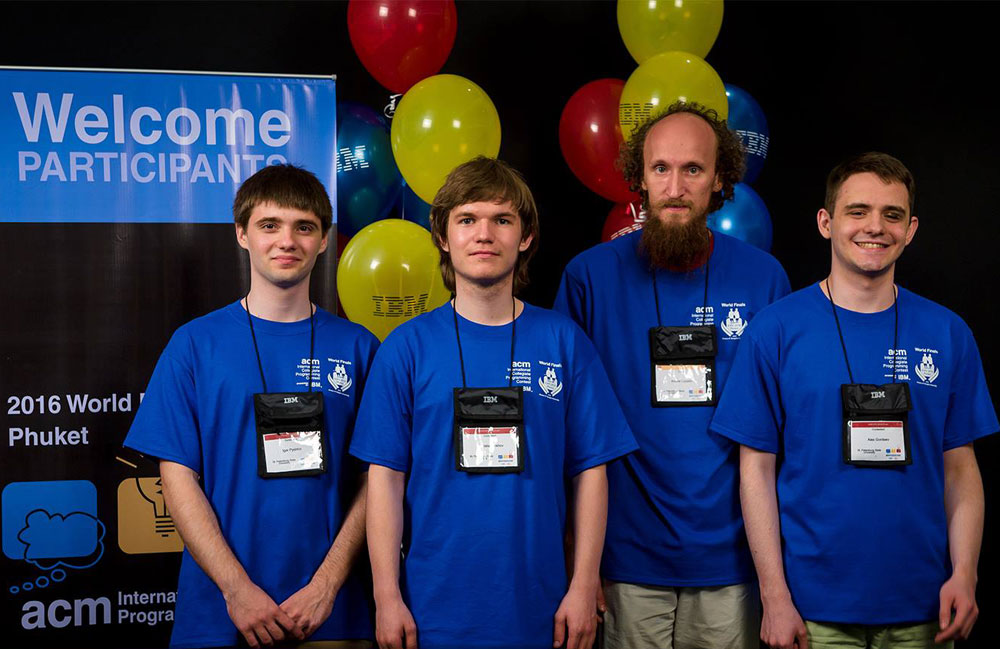 A team from St. Petersburg University has the won the ACM International Collegiate Programming Contest.

The ACM International Collegiate Programming Contest is an annual multi-tiered competitive-programming competition among the universities of the world. This year’s final round was held at the Prince of Songkla University in Phuket, Thailand on May 15-20.

Students from St. Petersburg State University also won the contest in 2000, 2001 and 2014. The 2001 team included Nikolay Durov and Andrey Lopatin, who later became lead developers of the Vkontakte social network.

Read more: A presidential virtual tour of the Tretyakov Gallery