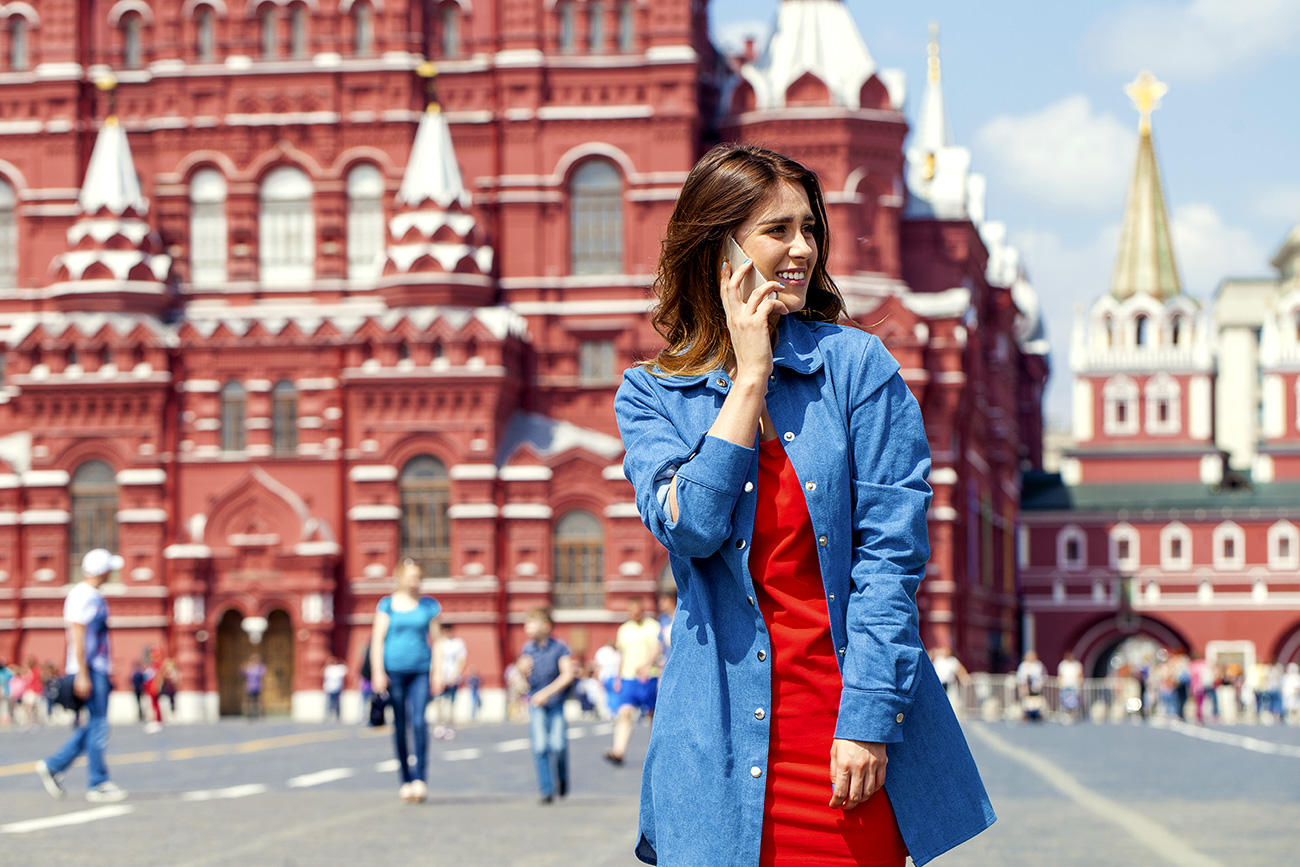 Vostock-Photo
These phrases below will help to practice your Russian listening and speaking skills. If you learn these expressions, then certainly your Russian friends will be impressed.

Алло, можно Ивана? [Hello, may I speak to Ivan?]. If you’re making a personal call, you start by asking for the person by name. If you’re calling an office, you say: Соедините меня с Глебом [Connect me with Gleb].

Алло, слушаю вас [Hello, I am listening to you]. This is how you can greet the person when answering the phone. Вам удобно говорить? [Can you talk now?]. This is a polite question for the beginning of the phone call.

Не отвлекаю? [Am I distracting you?]. This expression should only be used among friends. And there are two options for answering: Нет, все нормально [No, that’s fine], and Сейчас не могу говорить, перезвоню [I can’t talk now, but I’ll call you back later].

У аппарата [At the device], which means that a person is near the phone.

На проводе [On the wire]. The expression "on the wire" appeared at the very beginning of the 20th century when the opportunity to talk at a distance seemed a miracle. Many people did not understand how voice is transmitted and they believed that the voice is directly transmitted through wires.

Interesting fact: during the 1917 Revolution, the Bolshevik’s headquarters was located at Smolny Institute in St. Petersburg, and connection with it was mainly by phone. The scene with this phrase was shown in the film, "Lenin in October" (1939). This expression became popular, and today some Russians say jokingly: “Smolny on the wire,” and “Kremlin on the wire.”

На связи [On the connection]. This is a variation of the phrase, “on the wire.” This expression you can be used both in the beginning and at the end of a conversation. [In this case, it can be translated as, “Stay in touch.”]

Говорите! [Speak!] This not so polite greeting is often used by elderly Russians, especially when they can’t hear you so well. They also tend to use the phrase, Вас слушают [You’re listened to].

Повисите на линии, побудьте на линии [Hold the line]. The expression is normally used when you’re asking your interlocutor to wait because you have another phone call.

Вы пропадаете [You are disappearing]. This is the informal way to say there’s a bad phone connection.

Это не телефонный разговор [This is not a phone conversation]. This common phrase in Russian means that somebody doesn’t want to discuss a very important matter on the phone. Is this indicative of some type of conspiracy, or the importance of personal contact? It’s hard to say; maybe a bit of both.

До свидания [Goodbye, Bye]. The normal phrase to finish everything.

Пока [Informal version of Bye], you can use it with young people.

Ну, давай. This phrase has two meanings: 1. Well, let’s try – in case somebody asks you to do something (“Should I do this job?” “Well, let’s try”). 2. Bye – you can use it when you’re going to finish a meeting or phone call with friends.

Покедово [This is very very informal of Bye] and comes from “Пока!” You usually hear it among your friends.

Do you have a funny phone story? Let us know in the comments below!

Italian polyglot: ‘To understand Russians you must speak Russian’