234 years ago: New letter ‘ё [yo]’ appeared in the Russian alphabet 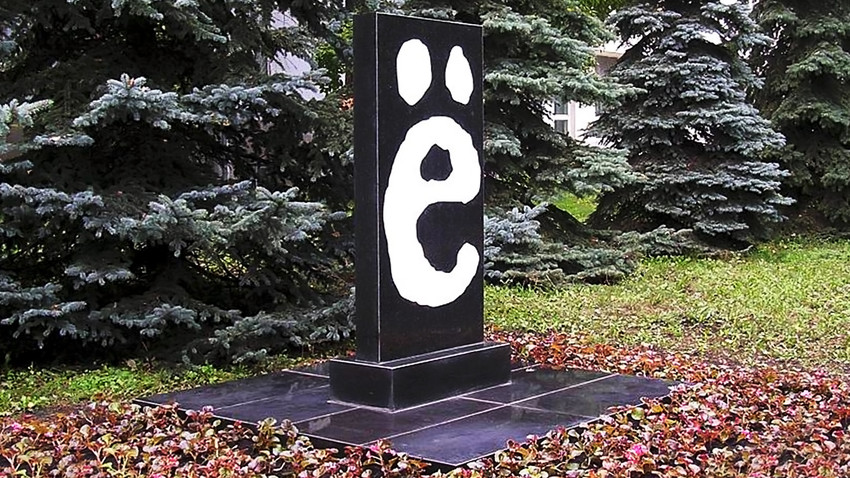 The monument to the letter ‘ё.’

The Russian alphabet (Cyrillic) contains 33 letters. One of them - “ё [yo]” - which is now being phased out by many Russians, was officially born on Nov. 29, 1783. Princess Yekaterina Dashkova is responsible: She suggested to the Russian Academy that the digraph “io” should become “ё.”

Many leading public figures supported her idea, and it was used in many publications and private correspondence. Writer Nikolay Karamzin helped popularize the letter with his widely circulated book of poems (published in 1797).

In Soviet Russia, the mandatory use of the letter “ё” in school was introduced in 1942. This rule remains to this day, but in most Russian publications this letter is only used at the author’s request. Meanwhile, some Russian words without this letter receive the wrong meaning: “Передохнем” [“we’ll die”] – “передохнём” [“we’ll have a rest”]; “поем” [“I’m going to eat”] – “поём [“we sing”].”

A monument to the letter “ё” was established in 2005 in the city of Ulyanovsk.

education On this day