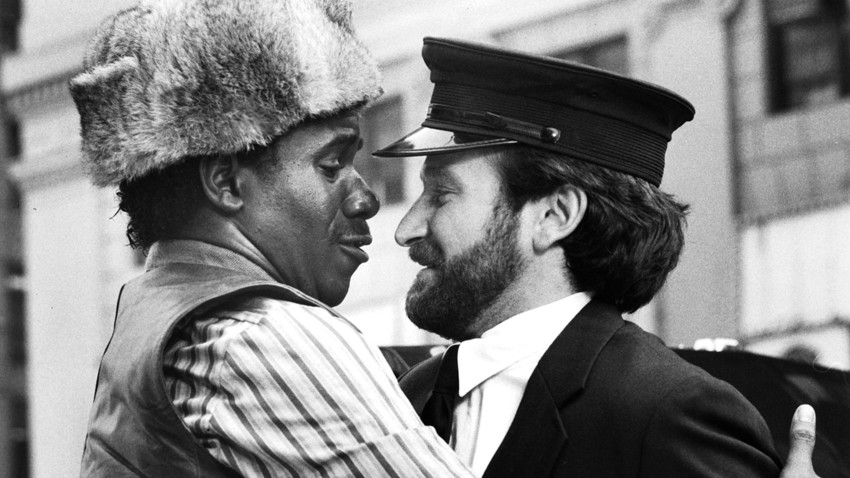 Getty Images
Sometimes it’s enough for Russians to hear your Privet to detect that Russian is not your native language. Navigate the following pitfalls successfully to stand out from the crowd!

Have you ever been in a situation when you said something absolutely simple, but native speakers had no idea what you meant? It’s happened to most of us, whatever language we’re learning. Subtle differences that your mind, tongue, or ears are not used to may cause some upsetting difficulties in communication. Let’s check the most common issues English speakers stumble over when practicing Russian.

Even if you succeeded in the pronunciation of Privet, you still have to deal with the equally challenging Menya zovut… (My name is...although, to be fair, no real Russian ever prefaces their name with “my name is”). This phrase catches most English-speaking students who are just starting to get used to the mysterious sounds of the Russian language.

Russian consonants can be ‘soft’ or ‘hard’, depending on what letters stand next to them. For instance, soft consonants always come before the vowels я, ё, е, ю, и and the soft sign ь, and hard consonants come before a, о, у, э and ы.

In Menya zovut, [N] and [Ya] (Я) stick together, almost merging into one sound [NYA]. Some English-speaking people tend to separate the two, creating a longer sound [N’-Ya], which always reveals your foreignness.

The conventional transcription for Я as [Ya] actually causes this redundant separation in a word like Menya. To avoid it, first let the consonant remain soft and then pair it with an [a] sound like a in father - [Men’a zovut]. Don’t press forward your tongue but just push it down.

Similar accent problems occur when the vowels Ё and Ю stand next to consonants in words, such as люблю (lyublyu - [I] love) and Лёша (Lyosha). Try to pronounce them the same way as Menya zovut: instead of [lyublyu], say [l’oobl’oo], and instead of [Lyosha] say [L’osha], but never forget to keep the consonants soft in these words.

This entails another challenge non-native speakers might face. How do you make out the difference between hard [D] and soft [D’], hard [L] and soft [L’], etc? You can hear this difference in this video, . Sometimes it’s easier to pronounce soft consonants at the beginning or in the middle of a word, like an L’ in the name Lena. Try to reproduce the same exact sound at the end of the word bol’ (pain).

Barney Seppuku - How I Met Your Mother GIF from Howimetyourmother GIFs

The appearance of Ы alone can confuse a lot of non-Russian native speakers. These videos teach you some tricks about how to pronounce this “seppuku” letter that literally sounds like you got hit in your stomach.

[R] is another challenge for the majority of English-speakers. The motor-rolling “Rrr” doesn’t exist in the English language (unless you’re in a Shakespearean play), although you shouldn’t give up on it. Check out this video showing how language pathologists help Russians pronounce this sound.

If you see a word like dlinniy (long) or stranniy (strange), pronounce each N with gusto. For instance, in the word dlinniy (long) you’d rather say [dlin-niy] instead of skipping the second N.

The same happens with the hard sign Ъ, which is generally used for separation. So in the word подъезд/podyezd (entrance/front door to one of those khrushchevka or high rise buildings), you should indicate this by separation, saying something like [pod-yezd] instead of [pod’ezd].

One of the common mistakes that can make you sound foreign is the confusion of perfective and imperfective verbs. Unfortunately, there’s no other way but to learn all the grammar situations when you should use one or another form. Luckily, most of them are quite logical.

When in English, for instance, somebody asks you a favor, such as “Please, buy some water”, you can simply respond: “I will/Will do”. If you translate your response into Russian as Ya budy, it won’t make sense. Instead, you should always use the same verb, but in a perfective form because this implies that you’ll complete this task: Kupi, pozhaluysta, konfet (Please, buy some candies) - Horosho, ya kuplu (Ok, I will buy).

To have or not to have?

A lot of Russian students are not sure when to use U menya est’... and when to just say U menya… - meaning I have something. If you say U menya est’ urok zavtra (I have a class tomorrow), you’ll definitely be understood, although Russians would always say U menya urok zavtra/U menya zavtra urok instead.

Most of the time, you don’t need to use est’ if you talk about non-physical objects (moods, issues, thoughts, homework) or events (classes, concerts) unless you really want to emphasize the fact of possession. As for physical objects, you use U menya est’... to introduce something for the first time: U menya est’ sestra. If you’re talking about something that has already been introduced to others and if you’re discussing the qualities of this object, you don’t need est’, instead, you can just say: U menya bolshoi dom.

Another common quirk of Russian emerges in sentences like Ya hochu vodu (I want some water). Logically, it’s perfectly correct because you might have learned that if you have a direct object, it should be in the accusative case. It makes total sense in most situations! However, when it comes to liquids and other uncountable substances, you’re more likely to imply an amount of it, such as Ya hochu stakan vodi (I want a glass of water), which puts voda (water) in the genitive case. Most of the time, Russians skip the amount part saying Ya hochu vodi, keeping voda in genitive case.

Your accent quirks can always remain your distinctive charming feature when you talk to Russians, so don’t let this article discourage you. Keep practicing tricky Russian sounds and grammar and you’ll naturally get the hang of it!