What kinds of friendship are there in Russia? 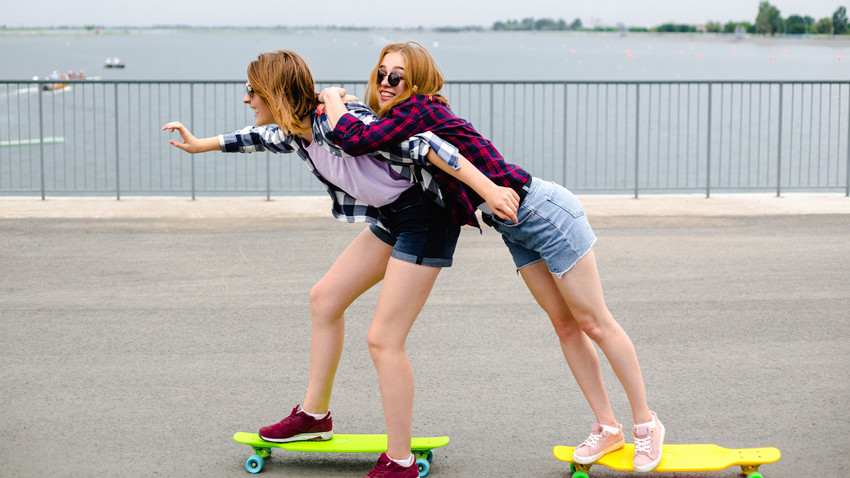 Legion Media
Russians take friendship very seriously and have lots of ways of how to describe relations in social circles, depending on the closeness and situation.

On first glance, Russians seem a bit gloomy, but in fact, they are very friendly. Russians make friends not just for the company and rarely open up to strangers. But with close people, they turn into soulful and devoted companions. Many Russians even keep in touch with some of their classmates, despite decades passing! As a famous saying goes: "It’s better to have 100 friends than 100 rubles." Nevertheless, Russians clearly separate the level of intimacy between people. Read on to see how Russians call their friends – and what the difference is between the statuses.

The word "знакомый"("znakomy", fem. "znakomaya") itself means just a person you know. It is neutral and can be used in any situation to politely describe a person (However, this word cannot be used to address someone - ed.).You can call your neighbour, yard keeper, coworker, etc. "znakomy." Also, it can be used when you tell your friends about another person, who they don’t know, and you don’t want to go into detail what kind of relationship you have with that person. In the Russian language, this word doesn’t imply that people are in good or bad relations, but if you want to emphasize that they are not a close friend, yet you treat each other kind, you can call that someone a "хороший знакомый"("khoroshiy (good) znakomy").

"Приятель" ("priyatel," fem. "priyatelnitsa") means a good acquaintance, a buddy or pal, somebody from your circle of friends. "Priyateli" (pl.) usually spend time together, visit each other and have mutual friends. Meanwhile, there aren’t any close relations between them, they just have some common interests and like to communicate. "Priyatel" is very rarely used to address someone.

Example: Мы с приятелями зависли у Ивана до утра (My s priyatelyami zavisli u Ivana do utra - Me and my buddies hung out at Ivan’s place until the morning).

Sometimes gopniks call their friends "кореш" ("koresh") or "корефан" (“korephan”), which originates from the word “root” (of a gang), or “kent” (there’s no exact information about this word’s origin). These words are considered street slang and jargon these days, so it’s better not to use them in well-educated company (unless you’re making a joke!).

The word "товарищ" ("tovarisch" ) is often associated with the Soviet era (read our previous story about the origin of this addressing. Indeed, it was a very popular official and unofficial way of addressing one another at that time, both for men and women. Nevertheless, the main meaning of this word is defined as a rather close friendship. “Tovarisch” is somebody whom you can rely on SOME (but not ALL) issues on. These days, Russians occasionally use it when talking about their colleagues or fellow students.

Seniors sometimes address each other as  "старик" ("starik") or "старина" ("starina"), which literally means old folk. However, it’s considered an insult if youth say it.

Though the word "друг", жен. "подруга" ("droog", fem. "podrooga") is usually translated as “ friend”, in Russian, this word actually means a close person. “Droog” is a friend whom you trust more than others. In general, the more you trust a person, the further away he is from “znakomy” and closer to “droog.” Even famous Russian poet Alexander Pushkin wrote this in his poems about his wife: "Пора, мой друг, пора" ("Pora, moy droog, pora" - "It's time, my friend, it's time!")

The highest form of friendship is referred to as, "лучший друг" ("luchschy droog" - best friend). At the same time, the word "podrooga" ("girlfriend") implies friendly relations, not romantic, just as "droog" is not a "boyfriend."

By the way, you can often hear when men in a group address each other as "брат" ("brat") or "братан"("bratan" - brother/bro) – it means they are just good friends, not relatives. Girls rarely call each other "сестра" ("sestra" - sister), although the literary norm allows it.

Also, the word "droog" itself can be used as an address to any person (the meaning is close to "dude").