Ъ - What's the point of the Russian alphabet’s most bizarre letter? 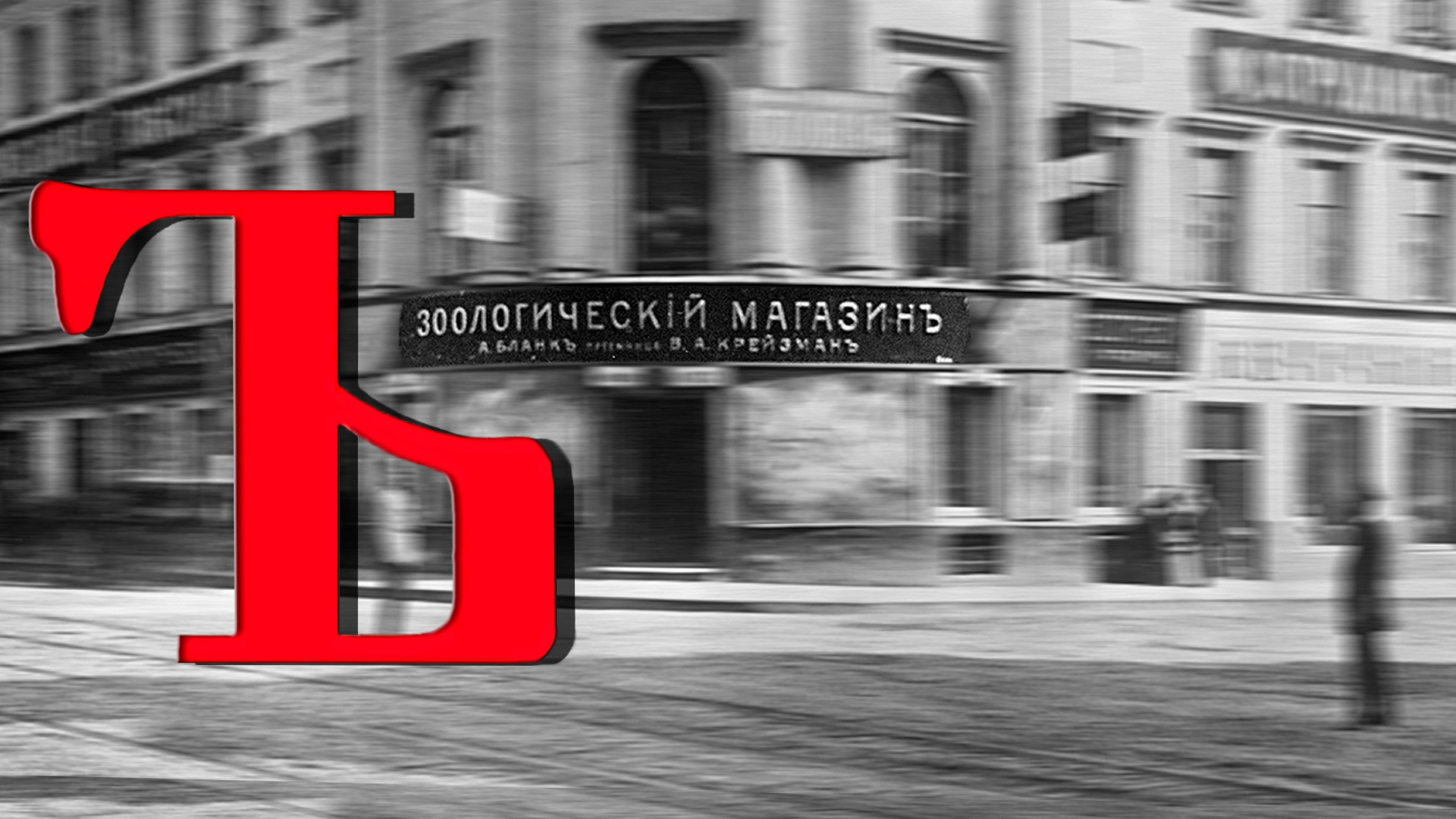 Sputnik
This letter is not pronounced in any way and has only a technical role, but in a strange way its presence in a word evokes historical associations in the minds of many Russians, and even inspires trust!

When studying Russian, a foreigner faces all sorts of difficulties. One of them is the Cyrillic alphabet, which has more letters than the Latin alphabet and, moreover, looks very different.

Also, there are two letters that are not pronounced - “Ъ” and “Ь”, the hard sign and the soft sign. Words never start with them (or with the letter “Ы”, for that matter), and they have a purely technica" function: they indicate how a word should be pronounced. Let's start with sorting out the hard sign.

Curiously, if a Russian comes across the phrase "as stated by 'Ъ'", then he or she understands perfectly well what is meant: "Ъ" is the established brand and logo of the Kommersant Publishing House [Russian: КоммерсантЪ].

If you search for “Ъ” on Google in Russian, the first result that comes up isn't a linguistic reference or dictionary, but it’s in fact Kommersant, which owns a business newspaper, several magazines and a radio station. 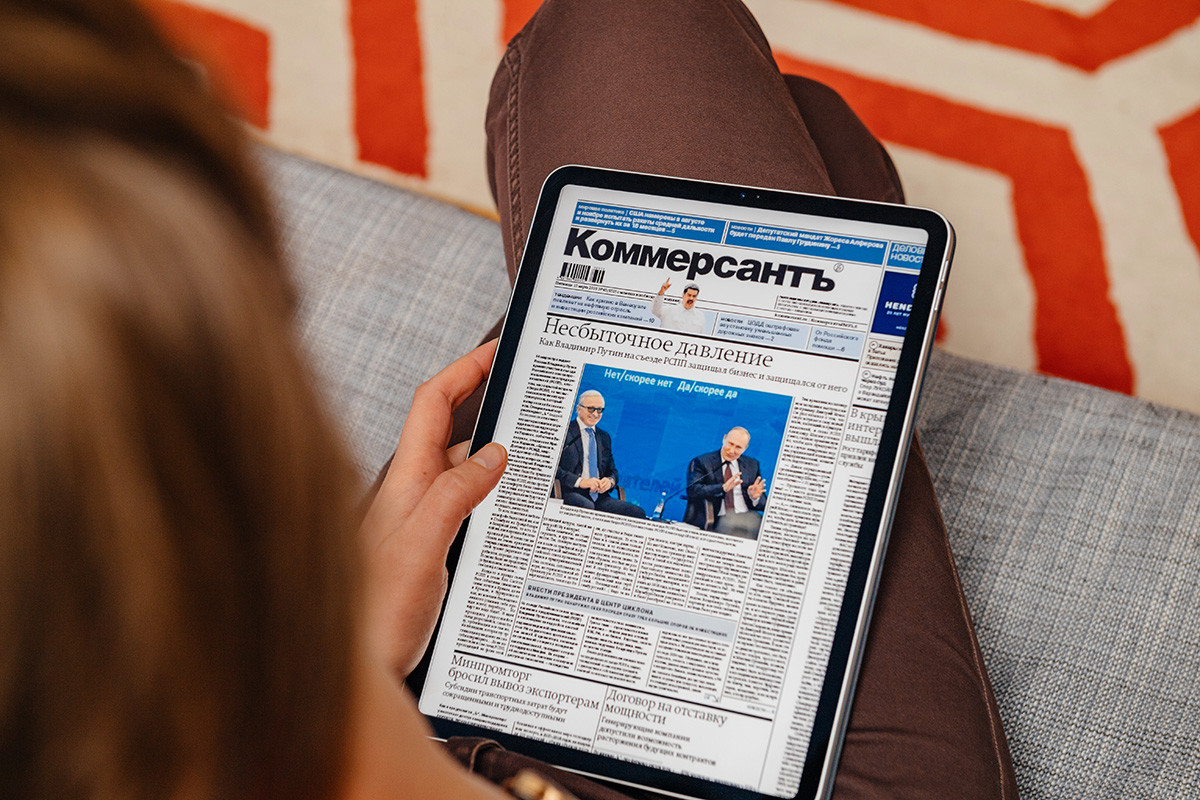 Sergei Khodnev, editor of the newspaper's culture section, says he can't think of any other publication in the world that is recognized by just one letter. Abbreviations - Yes; but a letter, and, what’s more, one that is unpronounced - No!

The Russian word "коммерсант" [businessman], however, does not have a hard sign. So how did it end up indicating the name of the newspaper?

Before the 1917 Revolution, the letter “Ъ” was called "Yer" and was used, among other things, after a consonant at the end of a word. In most cases the letter meant that the gender of a thing, verb or even surname was masculine: Санктъ-Петербургъ [St. Petersburg], "понялъ" [he understood] or Д. Свифтъ [J. Swift]. In shop signs, Ъ was often used in the surnames of shop owners, or in the names of the shops - Граммофоны А. Бухардъ [A. Bukhard Gramophones], or "салонъ" [salon]. It was also used for the printed media - "журналъ" [magazine] or "альманахъ" [almanac]. 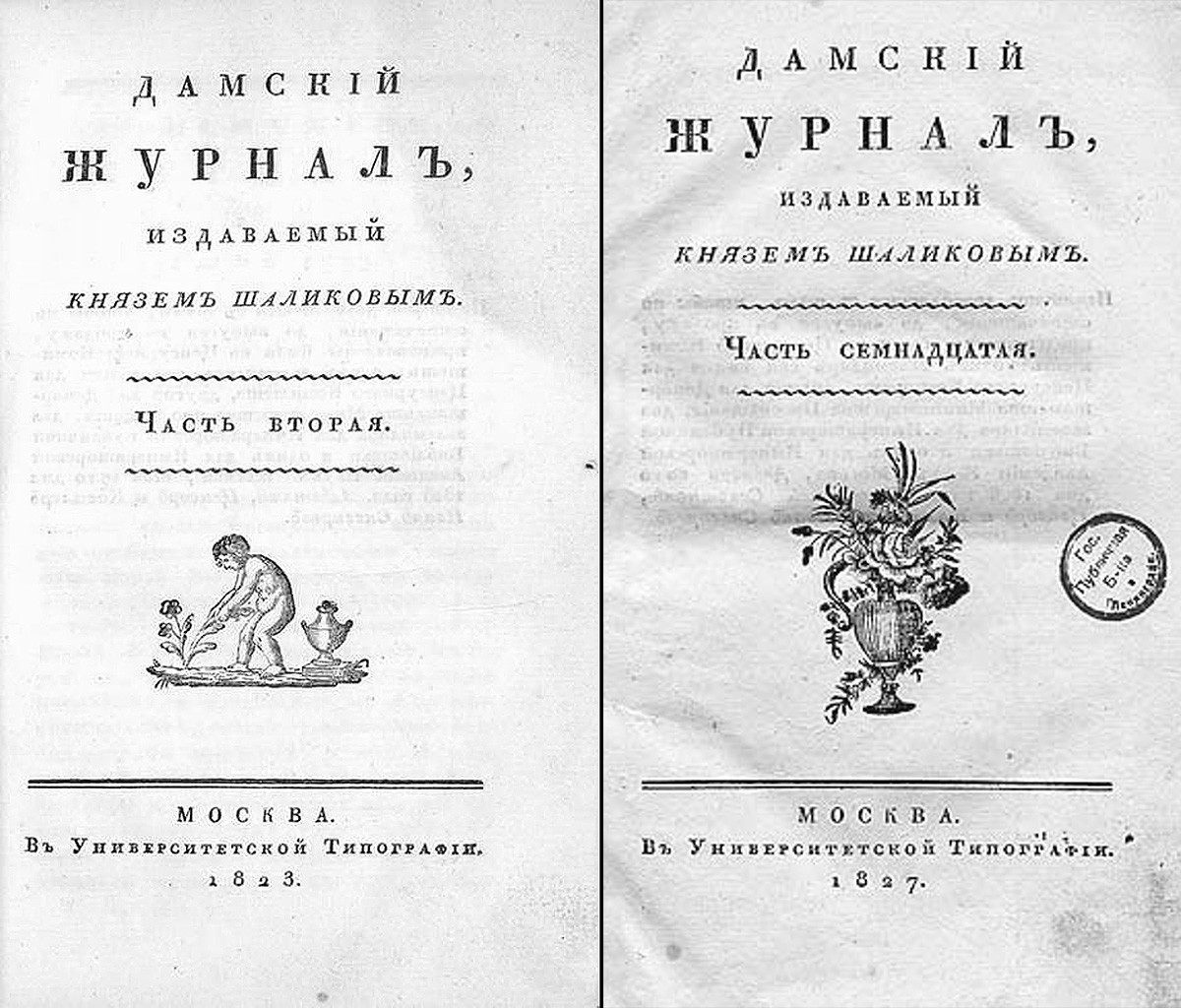 After the 1917 Revolution, the Russian language underwent a spelling reform and the letter "Yer" at the end of words was abolished. This noticeably facilitated the process of eradicating illiteracy and saved about four percent of space in printed texts.

"At the end of the 1980s, the founding fathers of the Kommersant newspaper believed that it was psychologically important to build a bridge between the reality of the post-Soviet Perestroika era and that of the pre-Revolutionary period," Sergei Khodnev told Russia Beyond. There was a desire to forget about the Soviet experience and the planned economy, and at the same time to remember the entrepreneurship that had existed before 1917. 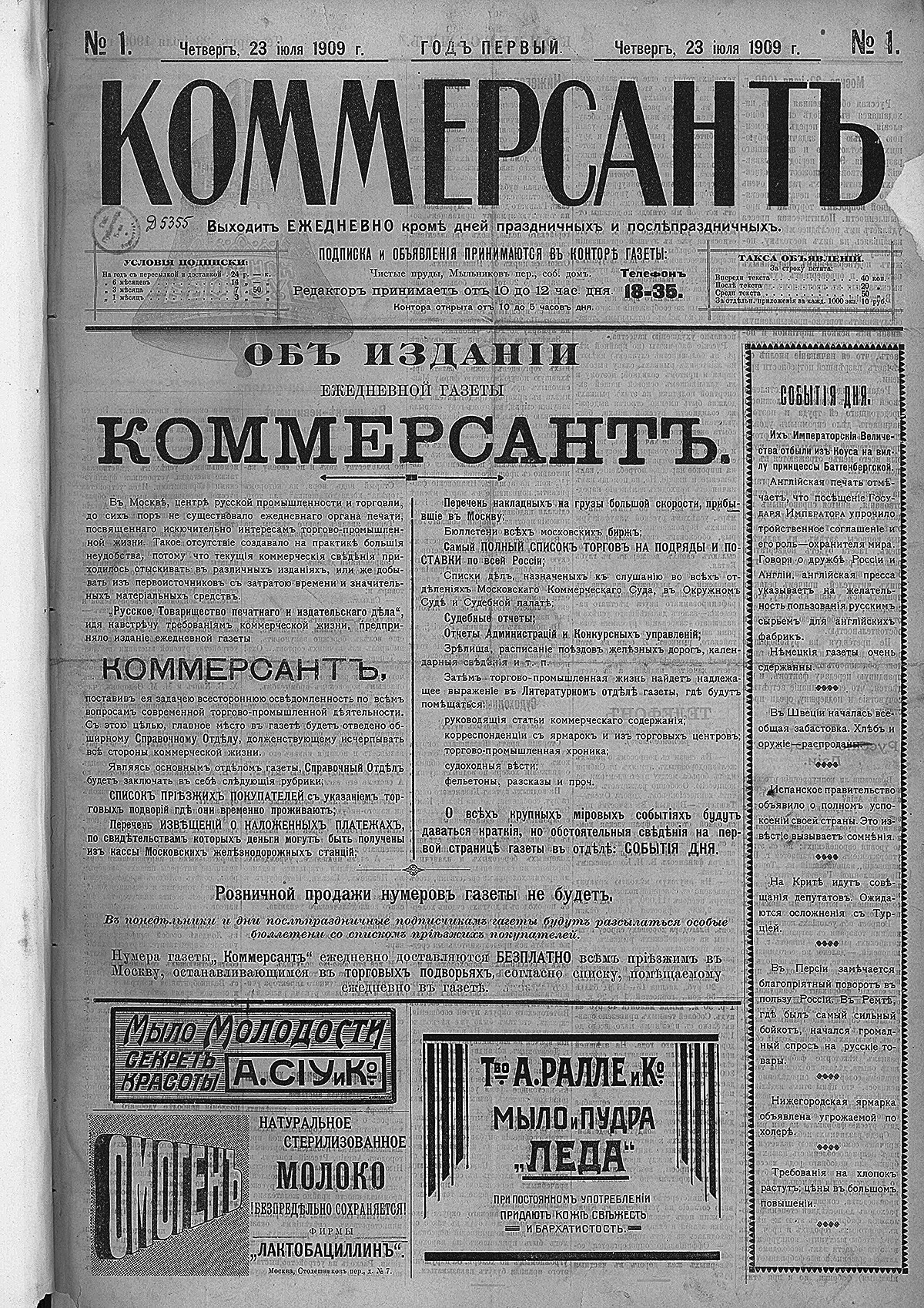 Incidentally, before the Revolution there had in fact been a newspaper named Коммерсантъ and it too covered business topics.

The founders of the contemporary chain of butcher’s shops, МясновЪ [Myasnov is a surname deriving from the Russian word "мясо" (meat)], also took a fancy to the Tsarist era spelling. It’s easy to imagine shopping arcades in Imperial Russia with butcher shops whose names were spelled in this way. And this is far from being the only example today. 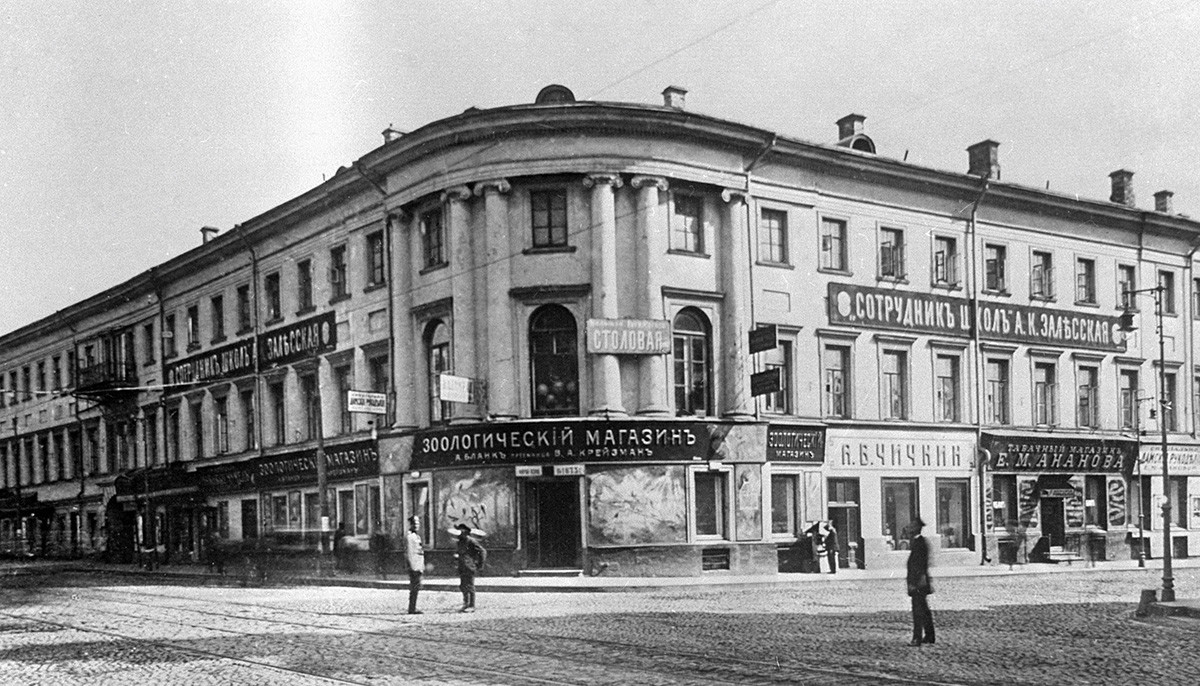 Adding “Ъ” at the end of a word carries a semantic reference to private enterprise in Tsarist times - in other words, a reference to good service and competition among shop owners for customers. After all, competition was effectively non-existent in Soviet shops, where goods were often in short supply.

The modern function of Ъ

Apart from being placed at the end of a word, the hard sign also had another function - as a  separator of letters” “Ъ” was put between the prefix and the root of a word if the prefix ended with a consonant and the root began with a vowel. For example, before the 1917 Revolution the words "сэкономить" [to save money] or "двухаршинный" [two-arshin-long, the "arshin" being a unit of measurement] were spelled "съэкономить" and "двухъаршинный".

After the Revolution, the authorities wanted to abolish this function and, instead, decided to use the apostrophe as a separator - for example, "об’езд" [detour] or "об’явление" [announcement, notice] but this rule didn't take root.

Today, “Ъ” is still placed between a root and a prefix, but only if the root begins with one of the following four vowels - Е, Ё, Ю and Я. Depending on what letter comes in front of these vowels, they are pronounced either with an “Й” before them, or without. For instance, the word "подъезд" [approach, driveway, entrance] without a hard sign would have been read as "подезд", but when we have "подъезд" we definitely know that it should be pronounced "подЙезд" [with J in the middle].