5 reasons for foreigners to enroll at Tyumen State University 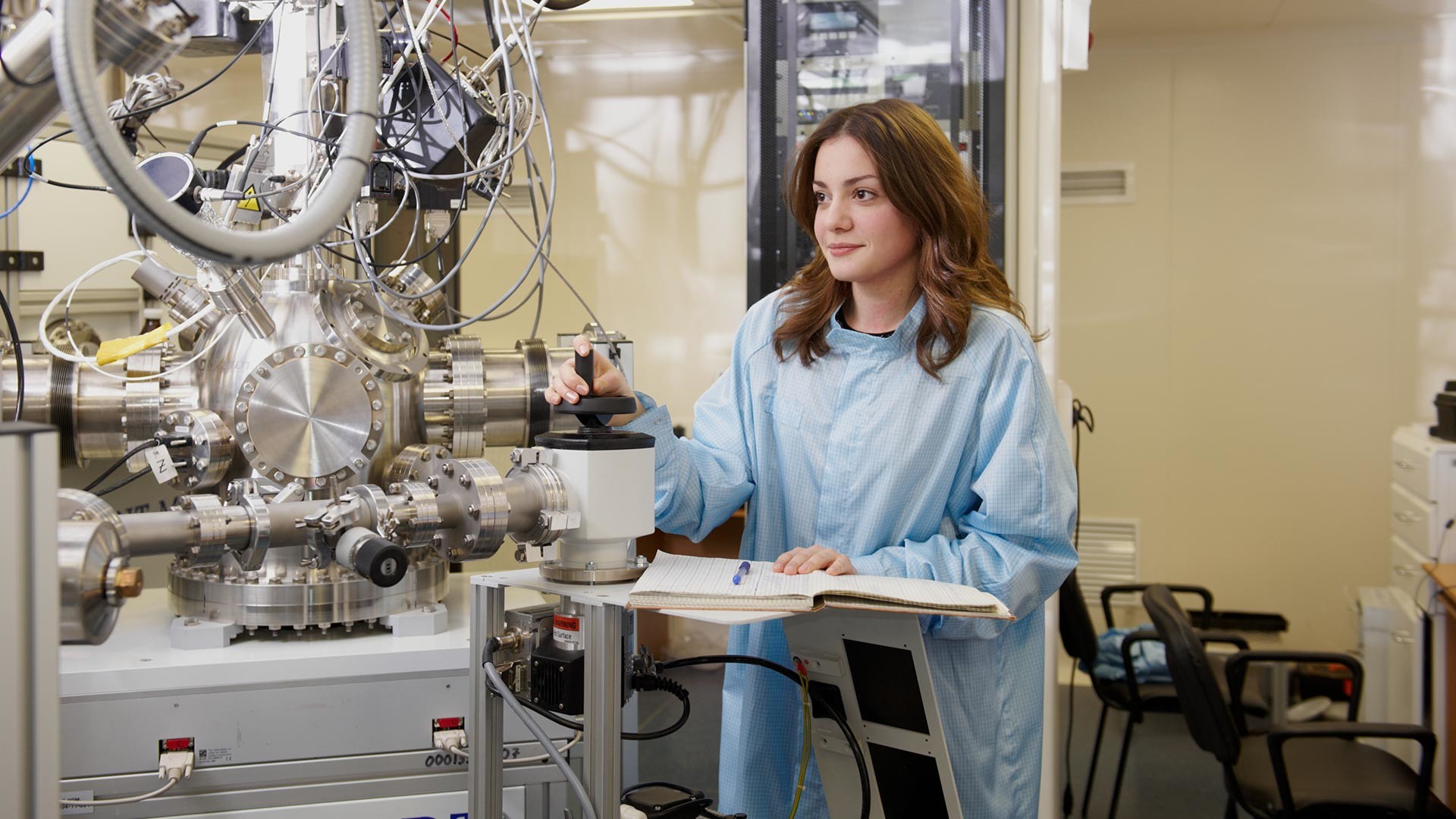 Press photo
The Siberian city’s main educational center provides a creative approach for studies, gives an opportunity for integration into a strong, engaging community and lets students arrange their own individual educational trajectory.

What is the first thing that a student thinks of when enrolling in a Siberian university? Most likely freezing weather, tough Russians in fur hats and a lack of English speakers. If this is the case for you as well, then this article will surprise you!

1. A wide range of studies, including in English 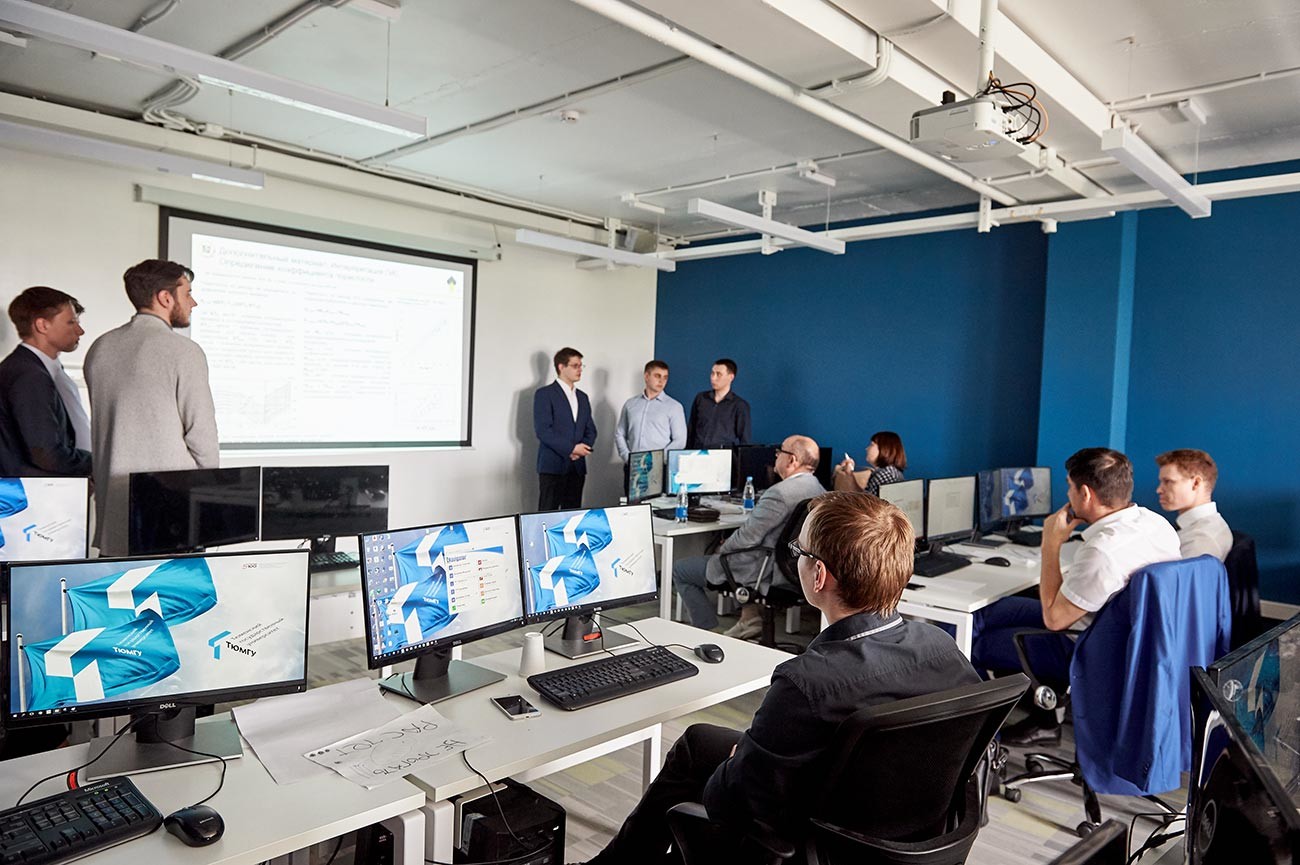 Foreign students can enter Tyumen State University both in the preparatory department for the study of the Russian language and specialized subjects, and in the bachelor’s and master’s programs. The Bachelor degree for foreign students includes such basic courses as Biology, History, Economics, Arts and Humanities, Sociology and Anthropology, and at the same time modern ones such as Media and Communication, Regional Studies and Applied Information Science. Additionally, the academic courses offer a group of international professors, including some who have completed a PhD at some of the world’s leading universities.

After graduating from the Master program, there is a possibility of remaining at Tyumen University to complete a PhD, as well. See the full list of programs on the University’s website at www.utmn.ru

Among the most innovative initiatives at the Tyumen State University is creating brand new greenfields, the educational institutions that drive the development and transformation of the entire university. Within this program there are now two successful greenfields at the Tyumen State University - The Institute of Environmental and Agricultural Biology (X-BIO) and The School of Advanced Studies. These institutions actively share their experiments with other higher learning institutions and teach them how to implement it. 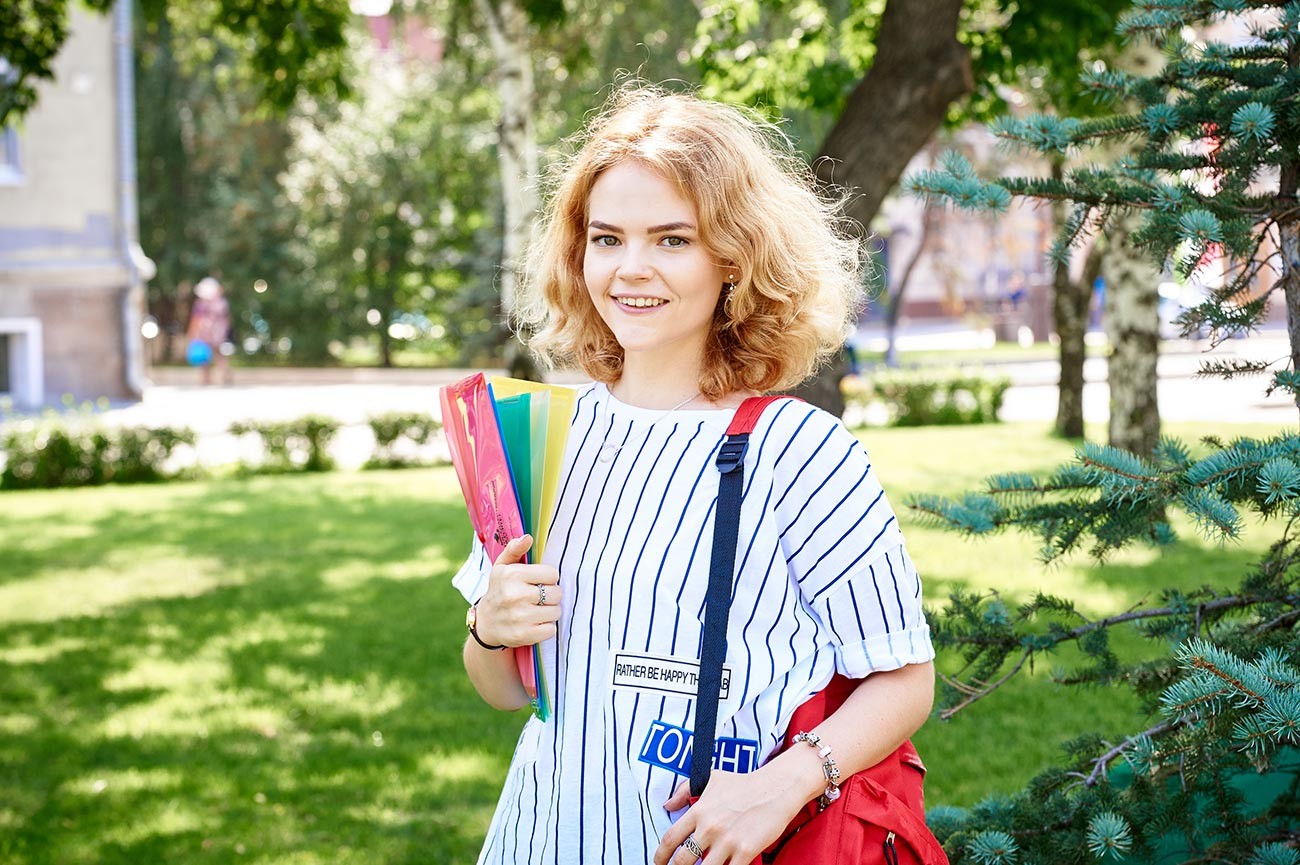 In 2017, Tyumen State University implemented a strategy of individual educational trajectories and became one of the first Russian higher education institutions to offer students a certain level of freedom to choose not only what to study, but also how and where.

Each student has a core curriculum, which consists of studying the following courses: Russia and the World, Philosophy and Social Thought, Information Technology, Fundamentals of Management, as well as other subjects.

In addition to the major program, there are also elective courses (electives), from which the student can put together a minor program, in addition to the main qualification. “We are doing our best to implement unusual educational methods and technologies, we foster students’ extracurricular activities, but also try to integrate them in their studying process,” says Acting Vice Rector Taisya Pogodaeva.

The university cares about physical education, too. Recently, a modern sport complex was built where every student is free to do any sport - which can be credited as Physical Education lessons.

3. A chance to learn Russian and study in Russian 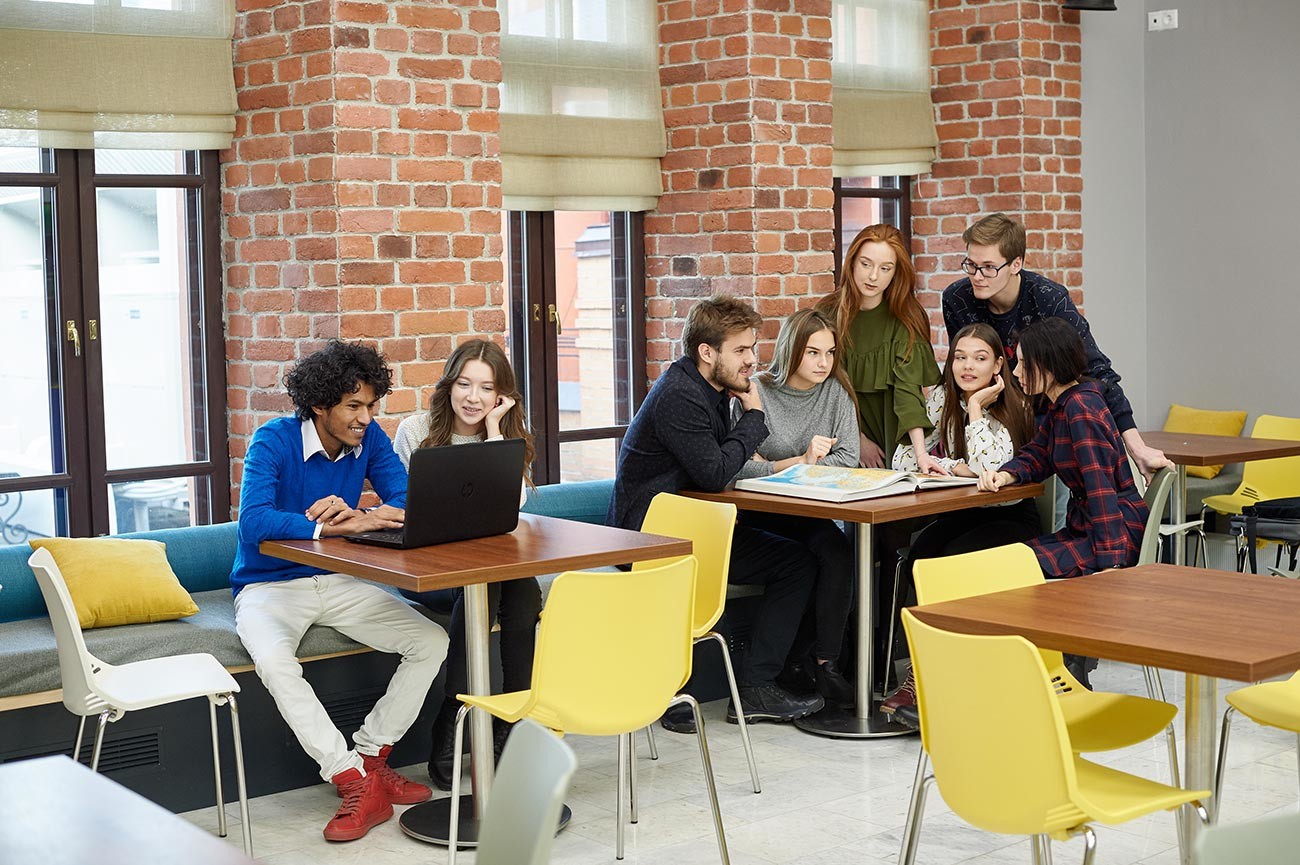 If a foreign student enters an English educational program, then they will be taught by English-speaking professors - half of them are Russian, and half are foreigners. But the student can also study Russian as a foreign language.

4. Nice to study and stay 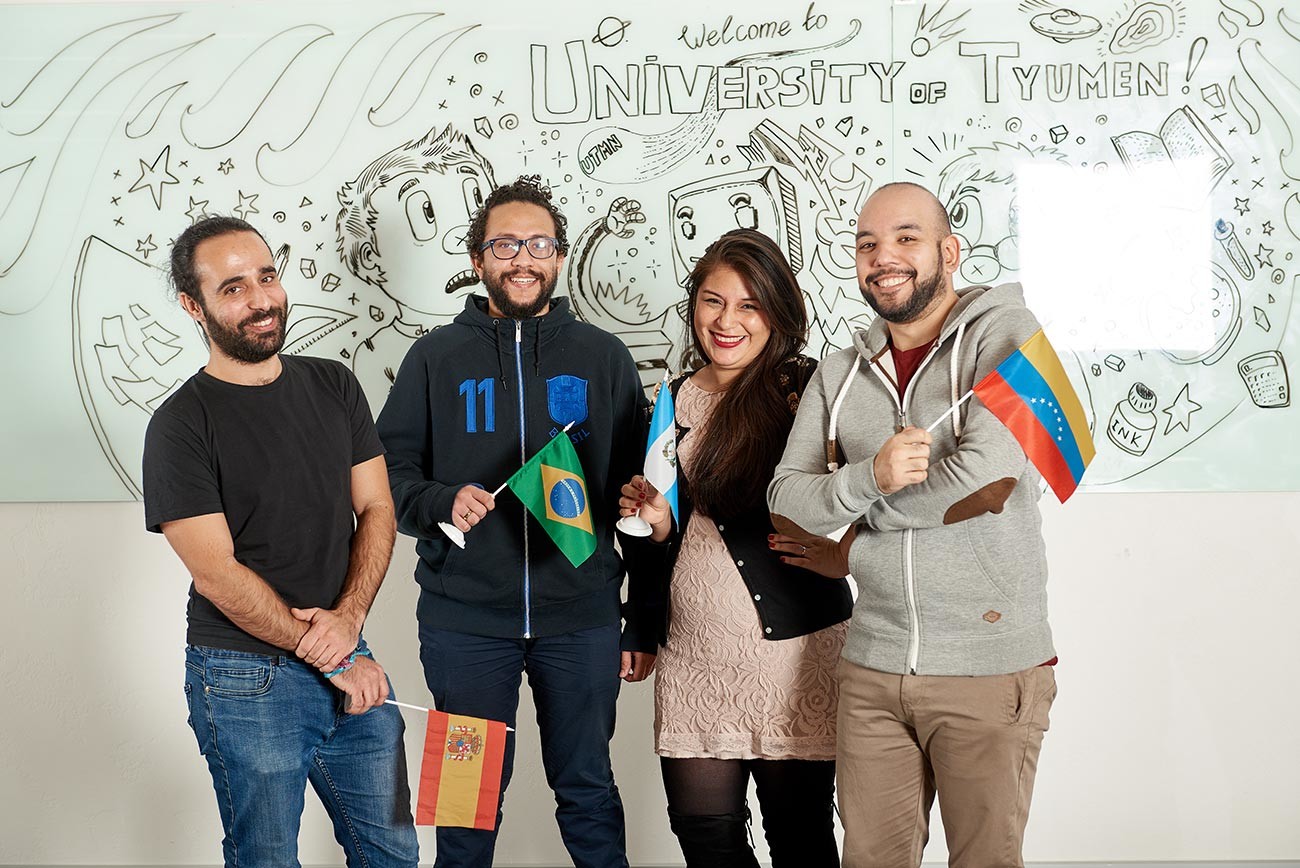 To enroll in the university, you just have to fill out a simple application, describe your academic background, pass the entrance examinations and choose the preferred degree program. The next step is an interview.

Students can also stay in new, comfortable dorms in the city center with all the university buildings situated not far from it - the furthest being a 30-minute walk or 10 minutes by bus.

There are more then two thousand foreign students at Tyumen University. And the university pays strong attention to their successful adaptation and integration. There are very influential international clubs and associations set up by students from different countries. They not only communicate with their compatriots, but also do presentations about themselves to others. “It’s important for us to make them a part of the bigger community in the university,” Pogodaeva says.

5. An experience of living in Siberia 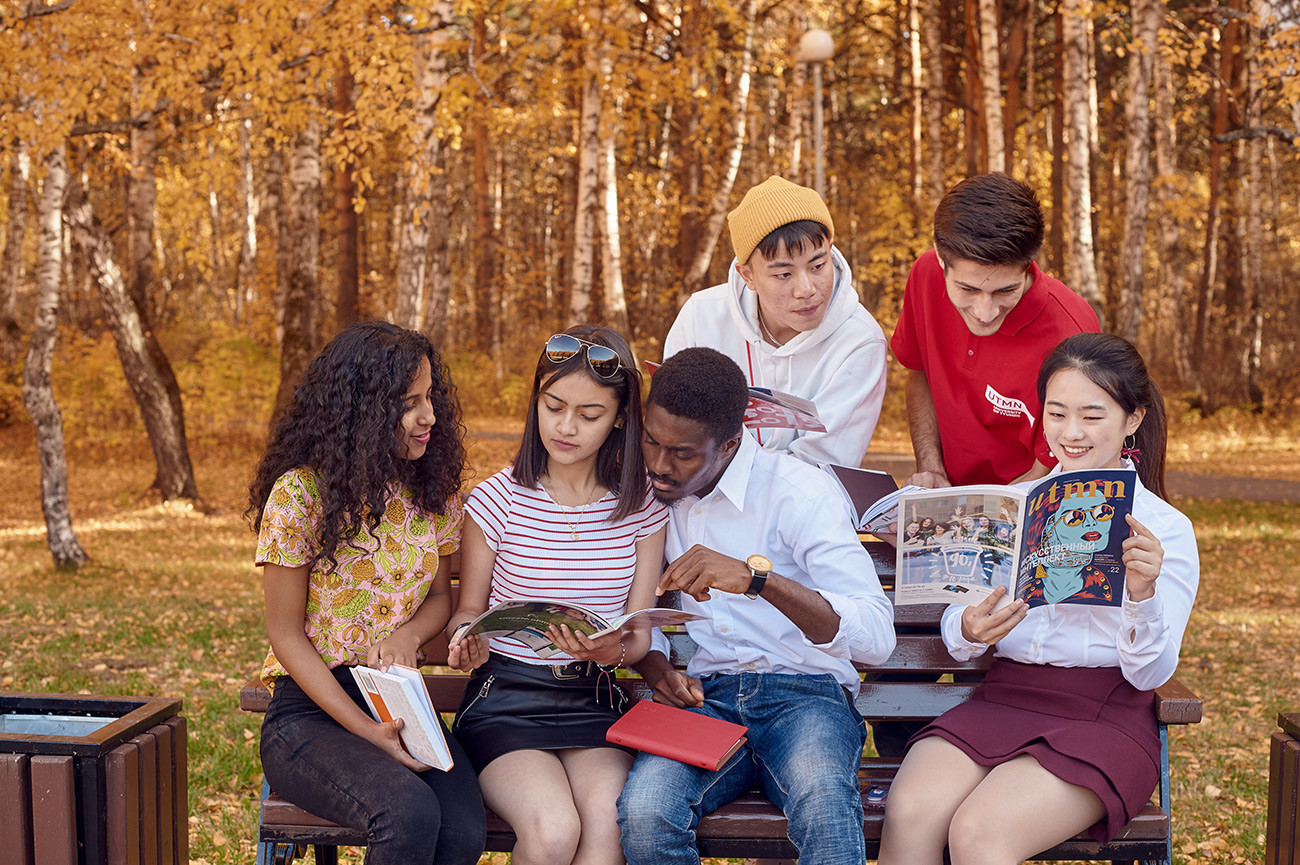 Tyumen was the first Russian city to be founded in Siberia in 1586. It used to lie along a road used by trade caravans coming from Asia to Moscow and the Volga River region. Now, Tyumen is ranked among the top ten most comfortable and safe cities in Russia to live in. Moreover, the offices of the country’s biggest oil and gas companies are now located there, which makes the region appealing for investors - and gives future graduates a chance to find prestigious work.

Tyumen is also a stop on the Trans-Siberian railroad, so there’s also the opportunity to travel along one of the most popular tourist attractions and explore other Siberian cities and the surrounding beauty. Two hours by train from Tyumen is the city of Tobolsk that has a gorgeous kremlin. The city used to be a big trade and defense hub during the times of Peter the Great.

And probably the most surprising aspect is the climate. Tyumen has about 83 sunny days per year - which is higher than the average in Russia. Just to compare - in Moscow, there are only 72 sunny days, while in St. Petersburg only 67. The average winter temperature is around -20℃, while summer months let you enjoy up to +25℃, on average.