How Russian differs from other Slavic languages 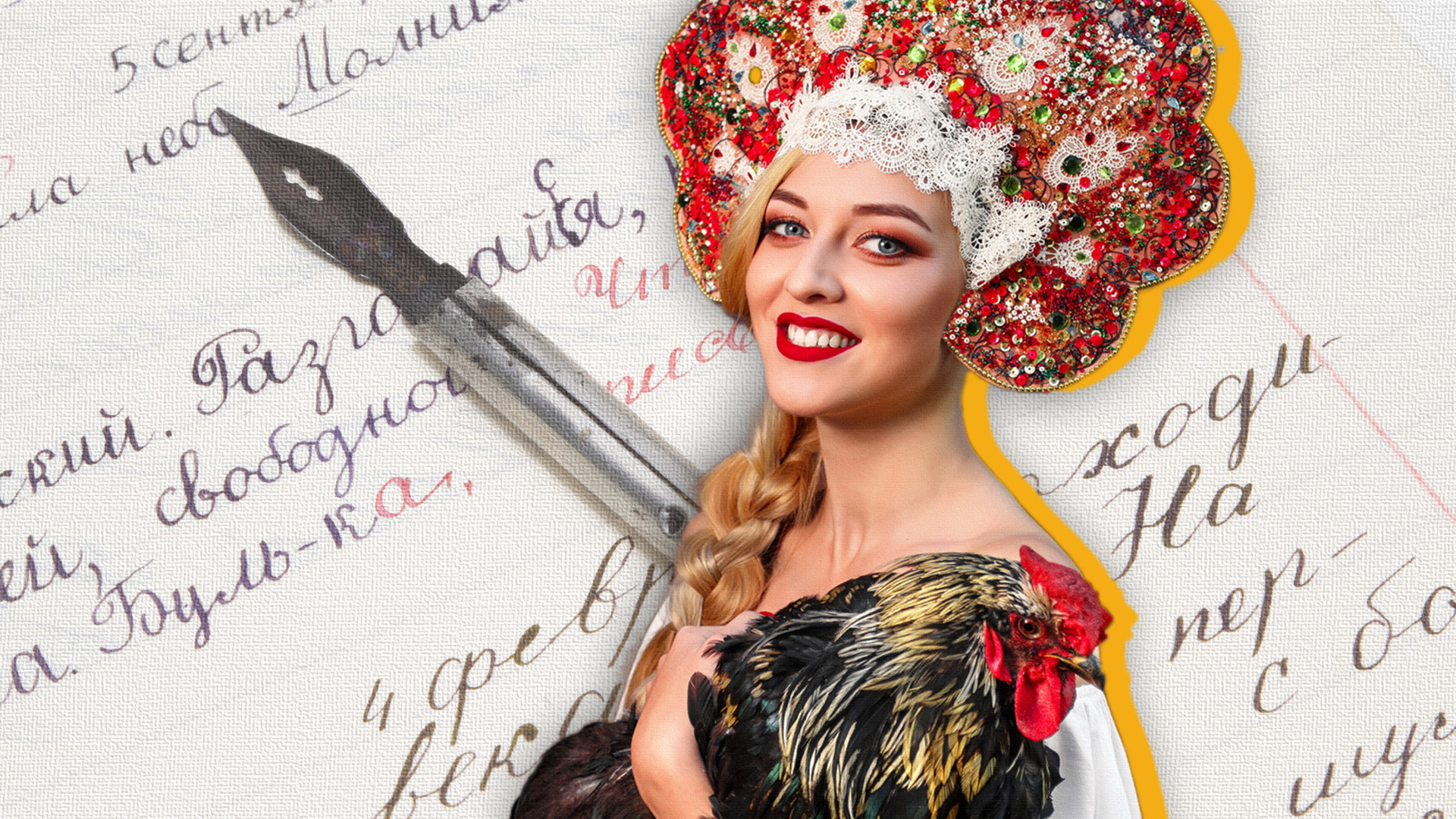 Legion Media; Russia Beyond
Russian is the most widespread of all Slavic languages and is the only international language: It is spoken by about 250 million people around the world and is included on the UN list of languages. So, how similar is Russian to other Slavic languages and can its knowledge help one in understanding or mastering them?

Where did Slavic languages come from and who speaks them?

Modern Slavic languages have a common ancestor - the Proto-Slavic language, which existed until the 6th-7th centuries AD. There are several theories as to its place of origin, but they all agree that it happened on the territory of present-day Eastern Europe.

In the 7th century, as the Slavic tribes subdivided into three groups, so did the Proto-Slavic language, each with its own lexical, morphological, phonetic and grammatical features:

Each of the groups, in the course of its historical development, was subjected to various influences from its non-Slavic neighbors - German, Hungarian, Turkish, Italian, Lithuanian and other languages. This found its reflection in their vocabulary and grammar. And yet, Slavic languages have preserved some 2,000 words common to all of them – these are the most ancient and common words and also stylistically neutral ones. 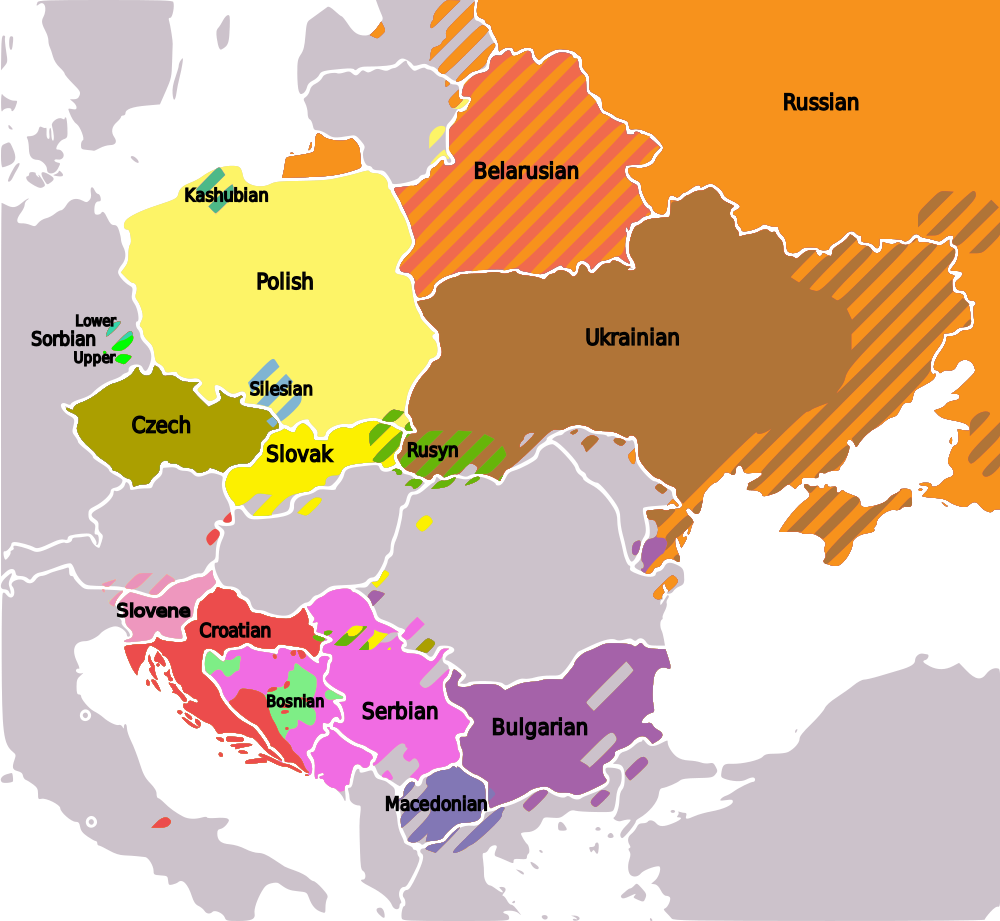 In fact, the Slavic language group is even more numerous if you count all the regional dialects and the languages of peoples that do not have their own states (such as Lusatian Sorbs, Rusyns, Kashubians and others).

So how is Russian similar to and different from other Slavic languages?

The very fact that these three languages belong to the same group (East Slavic) suggests that Ukrainian and Belarusian are the Russian language’s closest relatives. Until the 13th-14th centuries, Eastern Slavs spoke Old East Slavic, from which the three separate languages developed over time.

Despite the cultural and historical affinity of the three languages, there are many more differences between them than is commonly thought.

For example, while Russian and Belarusian have six cases, Ukrainian has seven, the seventh being the vocative case, which is used for forms of address. In Russian, these forms of address can be found only in literature (like in Pushkin’s ‘Fisherman and the Golden Fish’: “Чего тебе надобно, старче?” - “What do you want, elder?”)

Also, Ukrainian has a past perfect tense (знав був), which Russian does not.

All the three languages use the Cyrillic alphabet, although Ukrainian and Belarusian have some letters that Russian does not:

That said, if you know Russian, you will have no trouble reading the other two languages. Whether you are able to understand what you have read is another matter.

It has been established that Russian and Ukrainian share only 60 percent of their vocabularies, with the remaining 40 percent of words - due to historical circumstances - being of Polish origin. Whereas the Belarusian language shares about 70 percent of its vocabulary with Ukrainian and Polish. 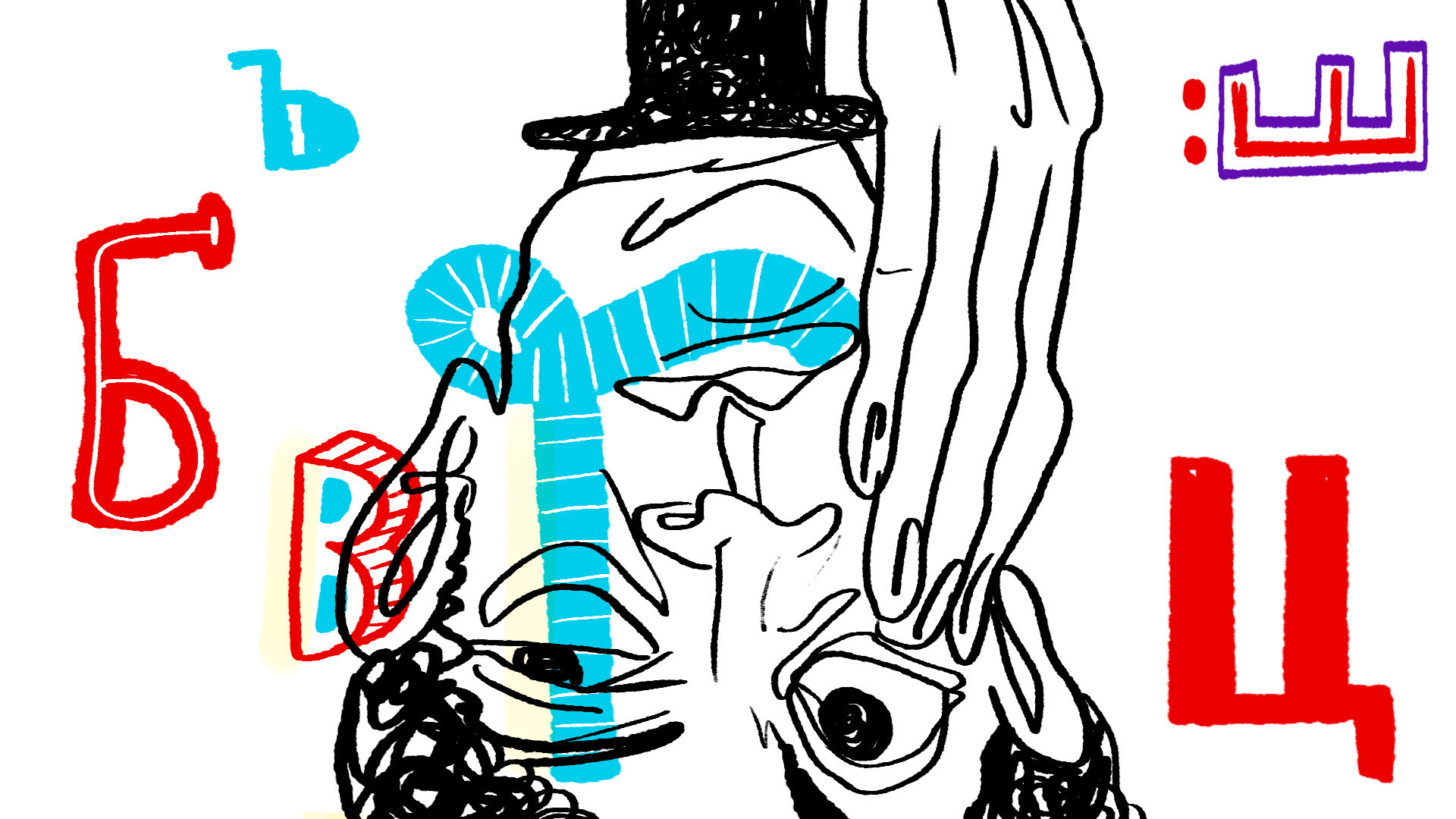 This group of Slavic languages includes Polish, Czech and Slovak. They contain many borrowings from German, French, Italian and Latin. In addition, phonetically, they are the most different from Russian, so the chance that knowledge of Russian would help you understand what speakers of these languages say is not very big.

And now the hardest part. If you pride yourself on having mastered the Russian cases and declensions of nouns, adjectives and pronouns, brace yourself: it was just a warm-up! While Russian has only three declensions, Slovak has 12 and Czech as many as 14! Add to it hard and soft varieties of adjectives, which also have singular and plural forms and three genders and you can imagine the number of declension forms there!

Russian and the South Slavic group

In Yugoslavia, Serbian and Croatian were considered a single Serbo-Croatian language with minor regional differences. At the same time, in Croatia only Latin script was used, while in Serbia both Latin and Cyrillic scripts were used. 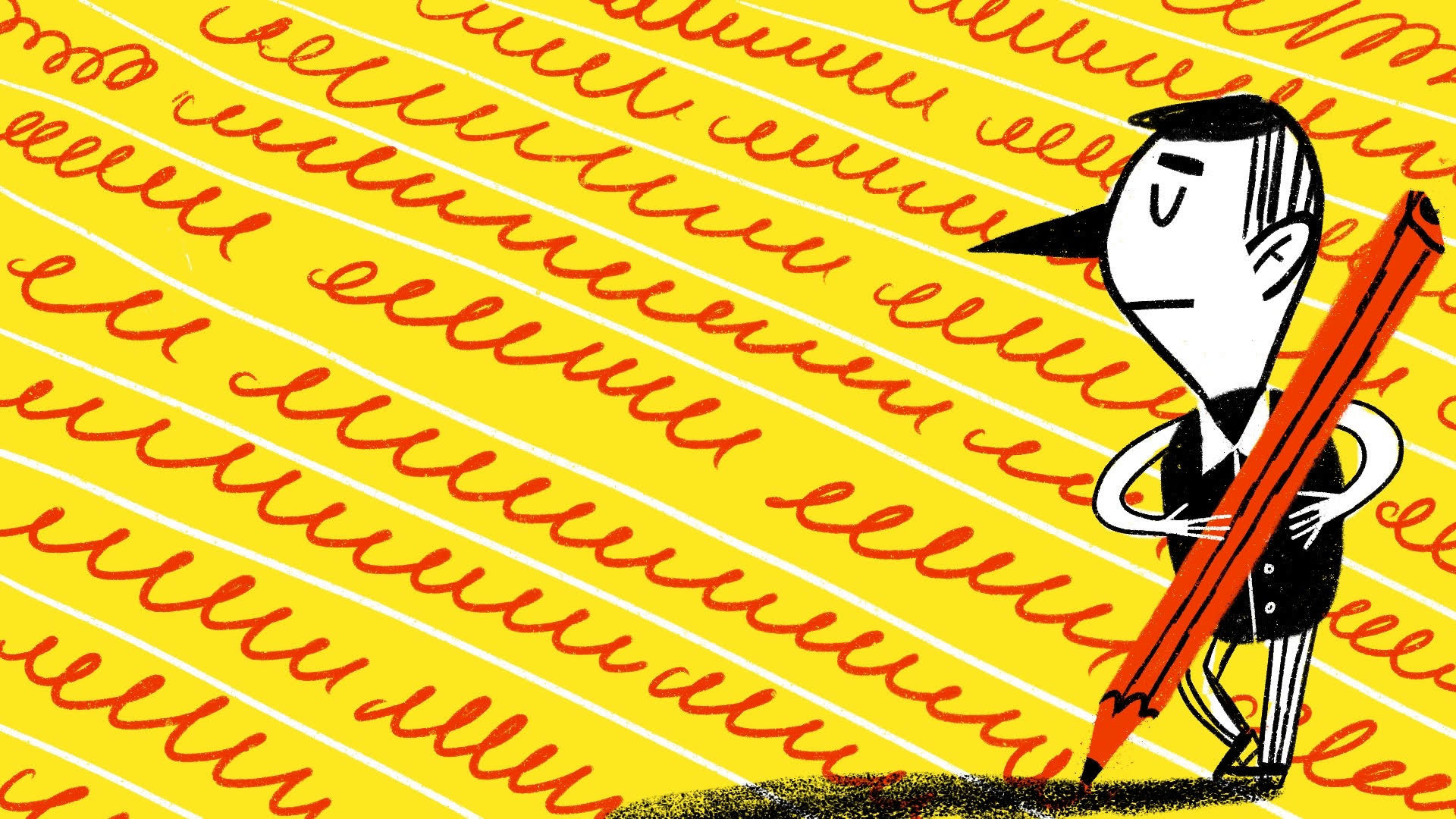 Also, if you speak Russian, you will not be surprised to discover that the stress can fall on any vowel in a word. Yet, there is one “pleasant” surprise: the language of Emir Kusturica and Nikola Tesla has “‘only” four types of stress and vowel length (they depend on which case the word is in), but they may determine the meaning of the word. By the way, mastering Serbian pitch accent is an almost impossible task for a foreigner!

And another nice detail - incredible for a Russian: In Serbian and Croatian, the stress can fall, in addition to vowels, on the consonant R, therefore words consisting of only consonants are not at all uncommon: vrt (garden), brk (mustache), Grk (Greek).

If once, you spent a lot of time learning Russian cases, now you can forget all about them! When it comes to these two languages, the knowledge of cases will be irrelevant, since they no longer have a system of declensional endings. That is why, speaking in Russian, a Bulgarian can easily say: “Эта дыня из мой папа сад!” (“This melon is from my Dad’s garden!”) Yes, Russian declensions can be a pain for speakers of other Slavic languages!

Another peculiar feature of these two languages is the post-positive definite article. It serves to cement the meaning of what was said. Russian, as you know, has no articles, while in other languages, they usually take the form of stand-alone words. Whereas here, the article is attached to the ending of a word. For example, вълк – вълкът, мама – мамата, дядо – дядото, etc. The plural forms look even peculiar: момиче – момичета – момичетата (“girl - girls - (some specific) girls”). Articles are a tricky thing that can be mastered only by an ace in Bulgarian / Macedonian linguistics and the knowledge of Russian will be of no help here.

And the cherry on top: a devilishly complex system of tenses. The South Slavic group has nine tenses! Yes, you heard right.

A unique feature of this language is that, in addition to singular and plural, it also has the dual number, i.e. special forms used when talking of two objects or persons.

For example, in the sentence “The apple is red. / The apples are red”: 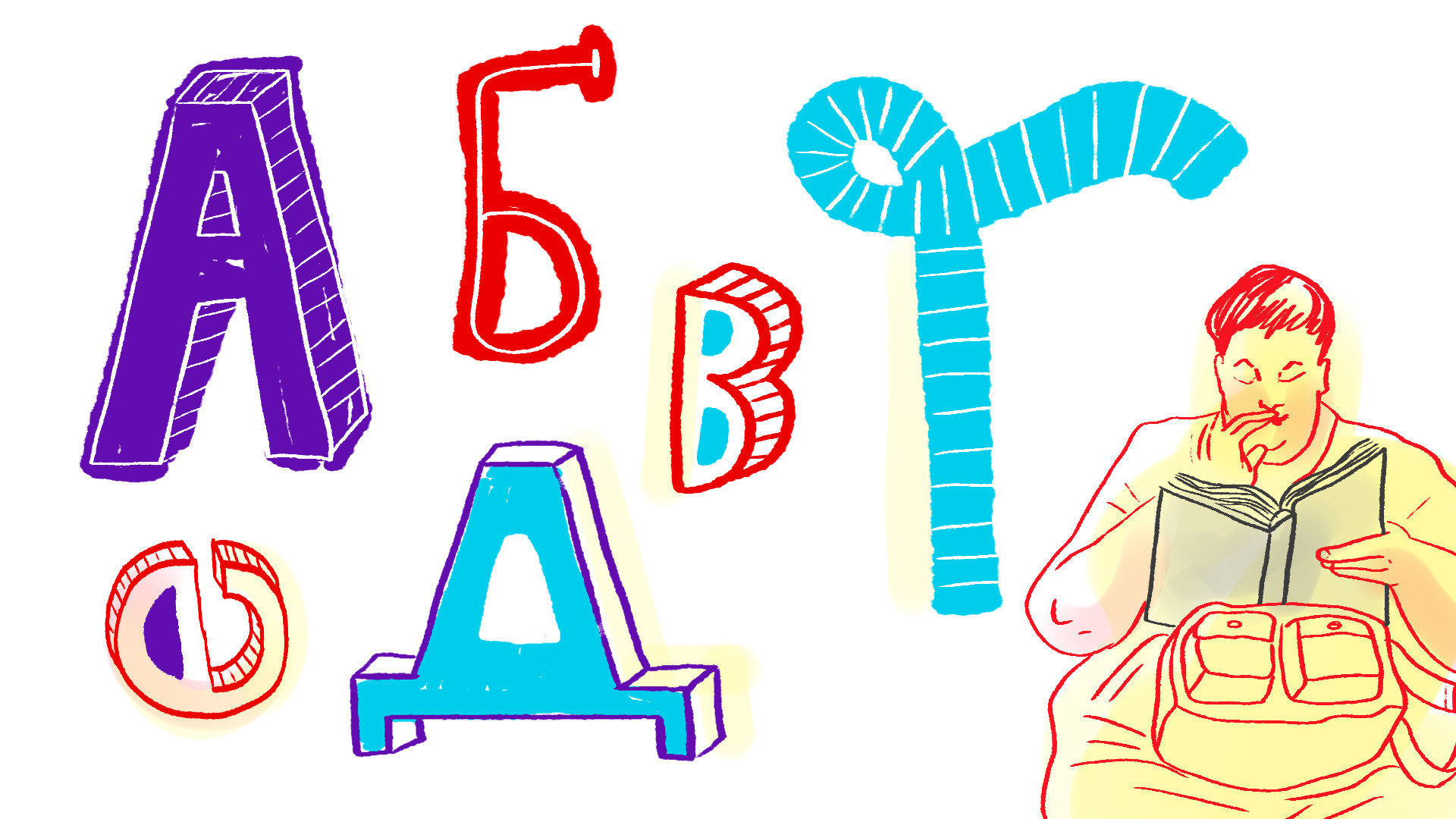 Lest you think that Russian has nothing in common with South Slavic languages, here is some good news: they share a lot of vocabulary. The fact is that the South Slavic and Russian vocabularies experienced a strong mutual influence. Old Slavonic words came to Russia from the Balkans with the first books as early as the 10th century, together with writing. From the late 18th century, the movement was in the opposite direction and it was the turn of the South Slavic languages to experience a powerful wave of Russian influence. That is why, if you know Russian, you are likely to be able to understand a text in Serbian, Macedonian and - especially - in Bulgarian.

“I don’t think that my knowledge of two Slavic languages has in any way helped me in learning Russian. Rather the opposite. For me, the biggest challenges are word order, transitivity and the pronunciation of some sounds.

But it is just me. I know a Serbian woman who speaks perfect Russian, but she has no notion of any Russian grammar rules. I also know quite a few Serbs who have lived in Russia for decades and still speak Pidgin Russian.

The vocabulary, of course, is similar, but there are many cognates that have different meanings, so there is a danger of saying something completely different from what you meant. A Russian lecturer I knew (who is half-Macedonian) could, speaking in Russian, literally translate the Macedonian expression: ‘пукнав од смеа’ (‘split one’s sides laughing’) as: “пукнуть со смеху” (‘fart with laughter’).

Of course, Slavic languages are similar. But if you set yourself high goals, for a Slav it should be all the same whether they are studying Russian or Papuan. The goal is the same.” 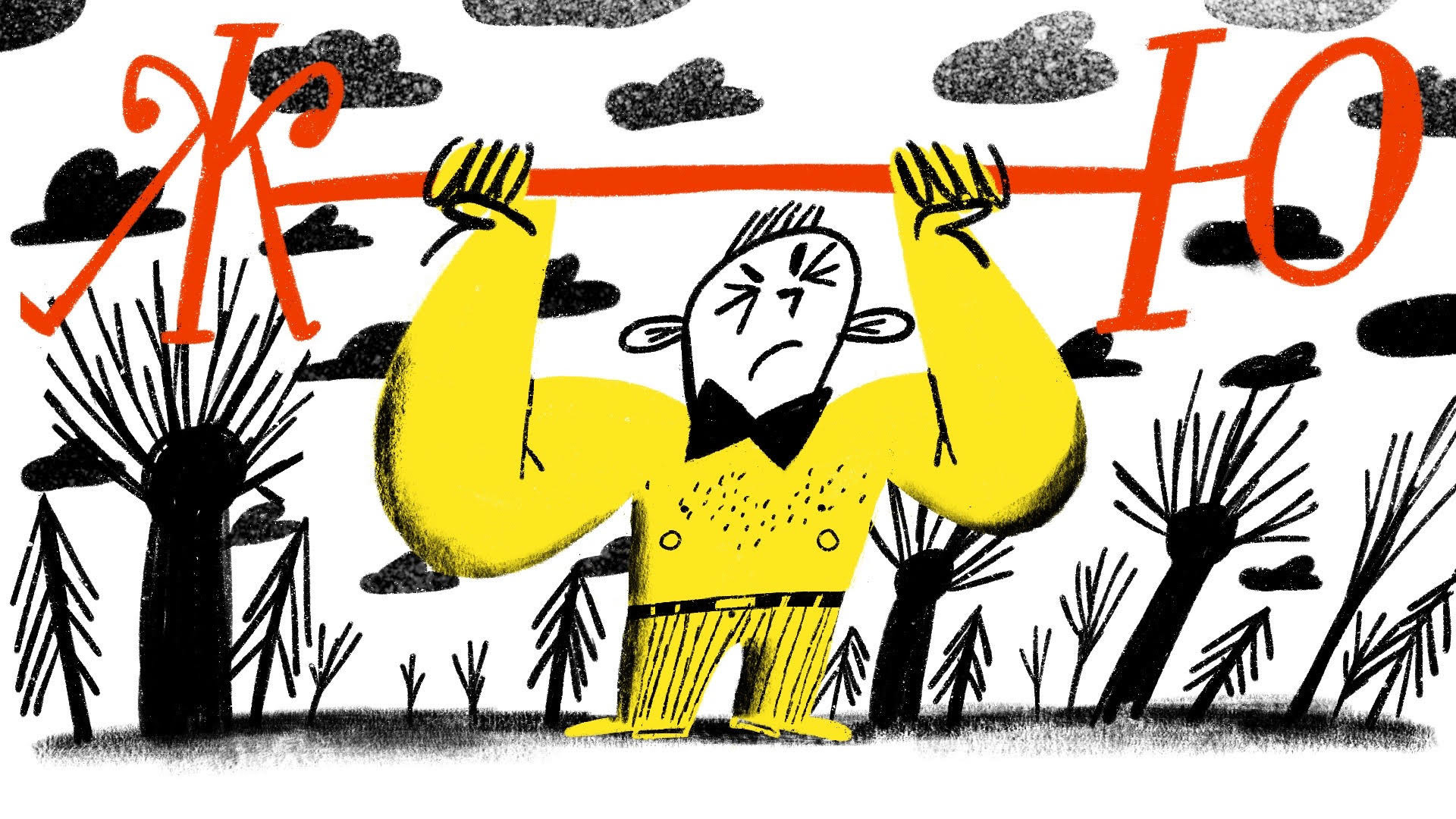 “I grew up in a bilingual Russian-Bulgarian family. My parents became fluent in each other’s language. Having settled in Russia, over time, my dad learned to speak perfect Russian and fully assimilated in Russia. Although, when he first arrived in Moscow as a 20-year-old student, he knew the language at the school curriculum level (in socialist Bulgaria, Russian was part of the curriculum). So, at first, there were some amusing incidents involving his Russian. For example, once, while telling my (future) mom about his hometown, he said: ‘All our roofs are covered…’ There was a pause, as he was searching for the right word, ‘…with turtles…’ (Of course, he meant ‘tiles’ [черепица], but confused it with ‘turtle’ [черепаха])”

“I have no doubt that knowledge of Russian helps in studying other Slavic languages, but one cannot say that it always leads to learning them well. At the initial stage of learning [another Slavic language], Russian helps to quickly navigate the grammar and it may seem that everything is very simple and understandable precisely because of Russian. However, at a more advanced stage, one has to ‘forget’ one’s Russian, since it stands in the way of grasping the peculiarities of the other language and mastering it in a more natural way. It is better to start thinking in the other language and avoiding the thought: ‘How will it be in Russian?’ I faced this problem more than once when I was studying, for example, Serbian, Bulgarian and Rysian. That said, it pleases me to remember how during my first trip to Serbia I noticed that I was speaking Serbian ‘with a Russian accent’. But, on the other hand, I realized then that I needed to somehow get rid of my ‘bad’ habits in order to start speaking Serbian for real. After that, Russian and Serbian became completely different languages in my head, and I stopped confusing their vocabulary and grammar.”