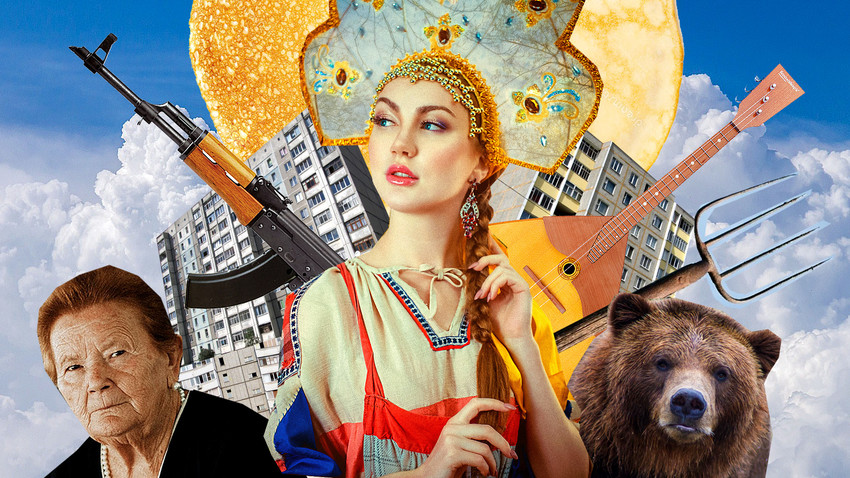 Irina Baranova
Why is it so important for Russians to surround themselves with a lot of empty space, but they nevertheless live in cramped apartments? What is Russian melancholy and why do Russians have a special word for it? We’ve put together the essential Russian concepts you’ll need to better understand Russia and Russians. 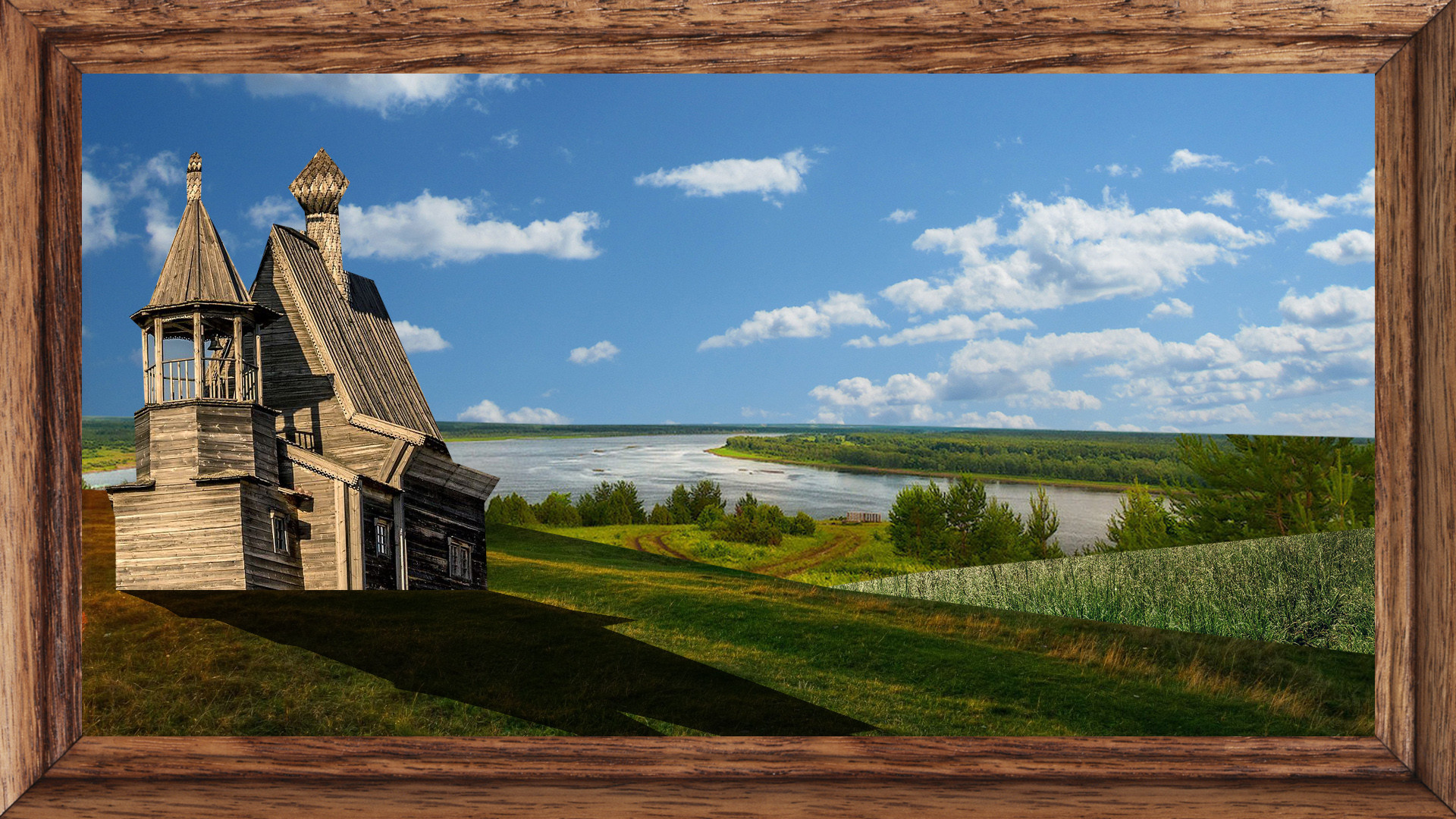 There is no better word than prostor to describe the largest country in the world by area, covering 17 million square kilometers. Prostor means free and completely unrestricted space. Over hundreds of years of territorial expansion, Russians have developed a special relationship with their land: They’ve become accustomed to huge distances and see them as an inalienable part of their landscape and indirect proof of their own might and strength (after all, all this land had to be acquired first!). The saying: “The Russian soul loves prostor” and thousands of songs and poems about Russia's boundless open spaces are evidence of this. The concept of prostor is deeply embedded in the national character.

The word prostor also has another meaning - the absence of any restrictions or constraints in anything. It is not just about territorial freedom, but about freedom as such. Have you seen the crazy video footage from dashboard cameras of so-called “typical Russian driving”? In a sense, this is also about prostor. In the Russian psyche, the dislike of rules and restrictions, even if the latter are justified, is akin to Russians’ disinclination to pretend to be happy with everything, just because it is polite to do so. 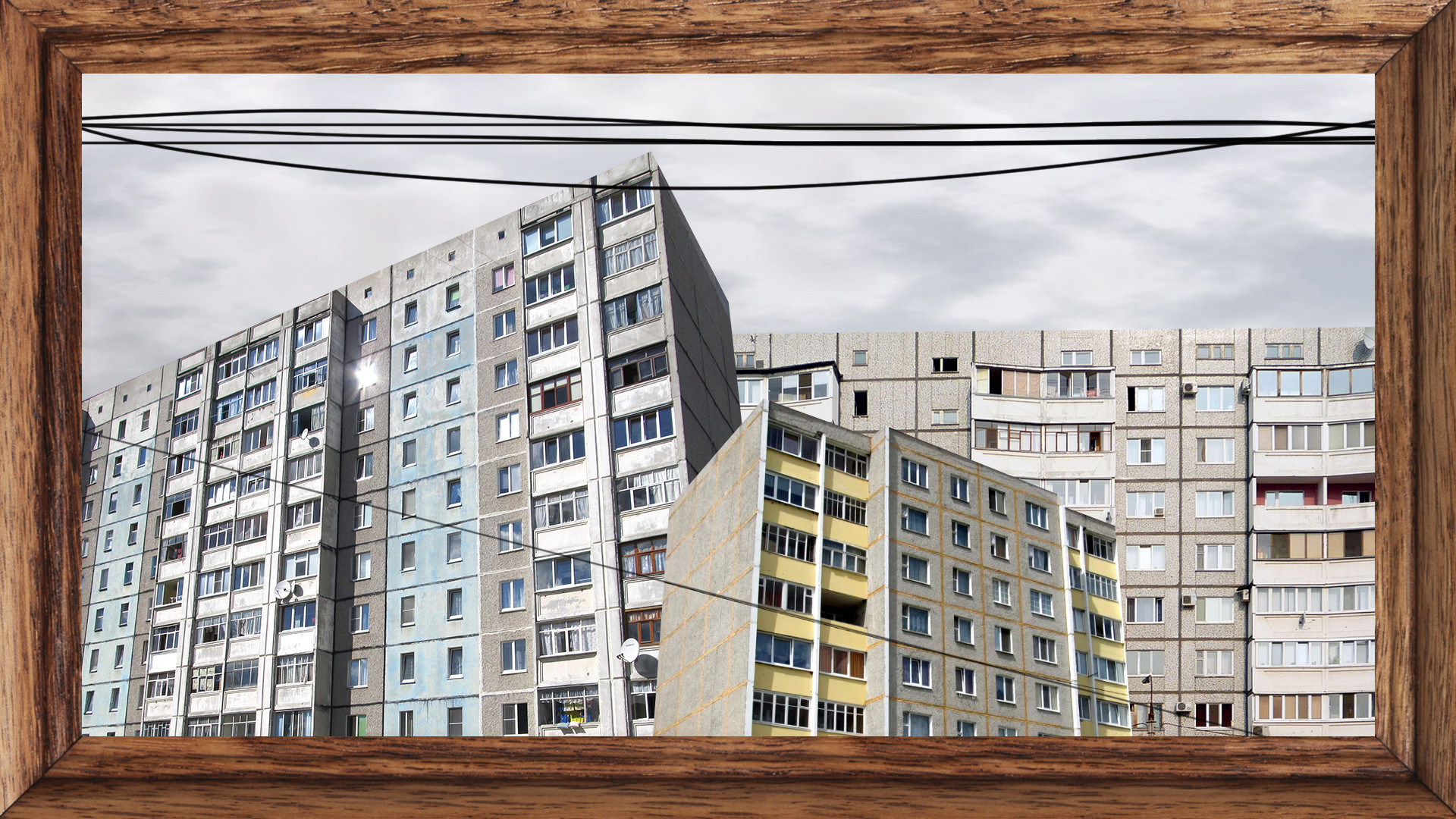 Panelkas started to be mass built across the Soviet Union in the second half of the 20th century, as a way of solving the housing problem quickly: Housing that was spartan, as plain as can be and, most importantly, as cheaply made as possible, to provide millions of people with a roof over their heads. As a result, half the country ended up living in identical compact apartments and the panelka became a kind of bond uniting all Russians - wherever you went, be it the Urals, Moscow or Khabarovsk, you would find identical panelkas. With time, these cheerless apartment blocks have become synonymous with post-Soviet depression in Russia and, at the same time, they are now part of the Russian cultural code. It is not for nothing that every good computer game that has “Russia” as a location features panelkas. 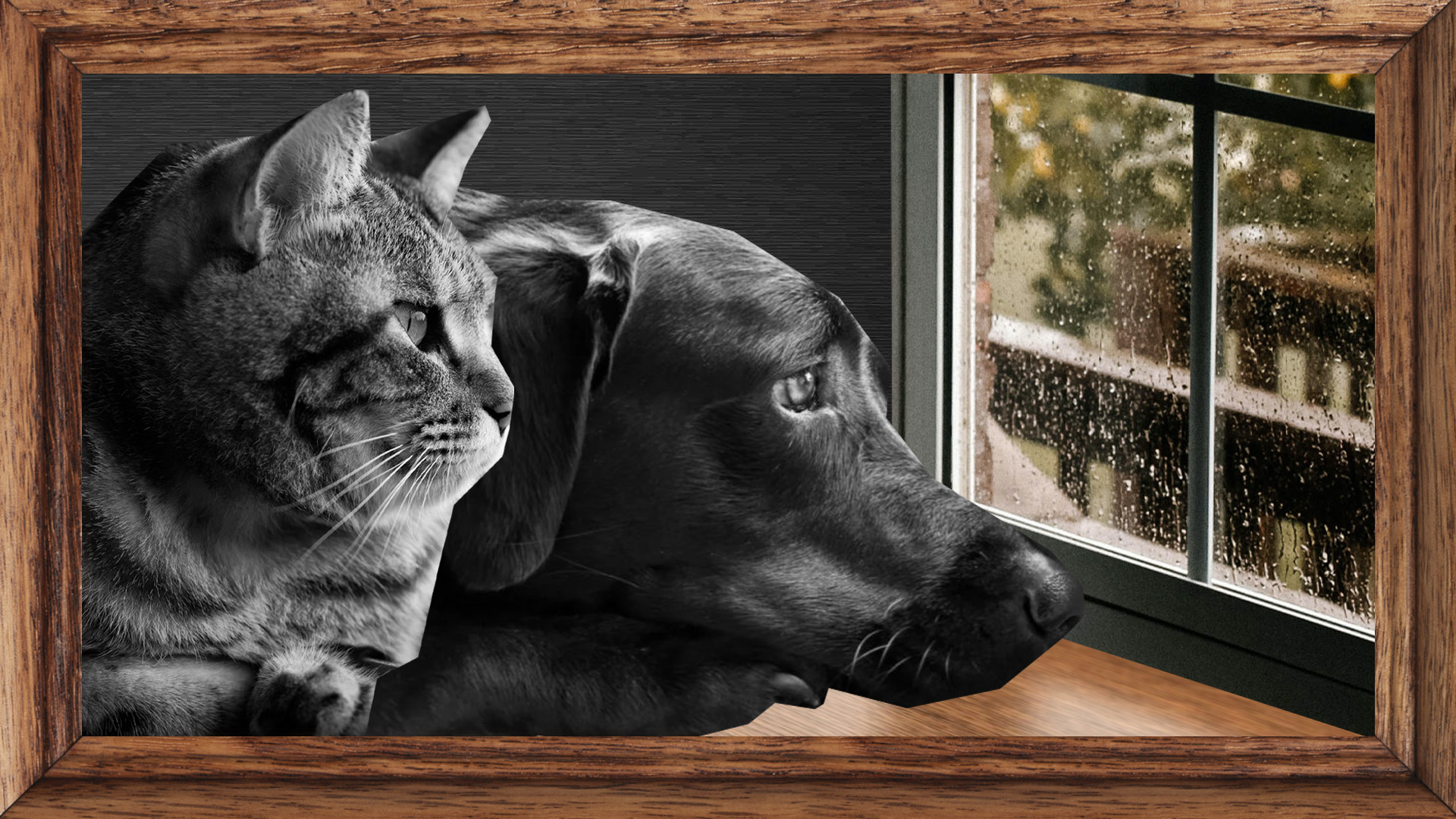 The untranslatable word toska could be described as “emotional anguish”, or melancholy of a particular kind, or “Russian ennui”, except none of the aforementioned fully conveys its essence. Here is what writer Vladimir Nabokov once wrote about toska: “No single word in English renders all the shades of toska. At its deepest and most painful, it is a sensation of great spiritual anguish, often without any specific cause. <...> In particular cases it may be the desire for somebody or something specific, nostalgia, lovesickness. At the lowest level it grades into ennui, boredom.”

Read more: What is TOSKA, the Russian despair?

Etymologically, toska can be traced back to the Proto-Slavic root *tъska. In the Old East Slavic language, it meant “a sense of oppressiveness, grief, sadness, anxiety”. There is, for instance, a cognate word in the Czech language - teskný - which comes from the same Proto-Slavic root and means “fearful, timorous” (but has nothing to do with Russian toska).

So in reflecting on the meaning of the word, Russians conclude that toska is part of their Russian identity. It is a unique feeling linked simultaneously to the nation's complicated historical past, its numerous tribulations and harsh climate. In the popular imagination, toska is believed to be green in color and the expression zelyonnaya toska [green toska] denotes the highest intensity of this feeling. 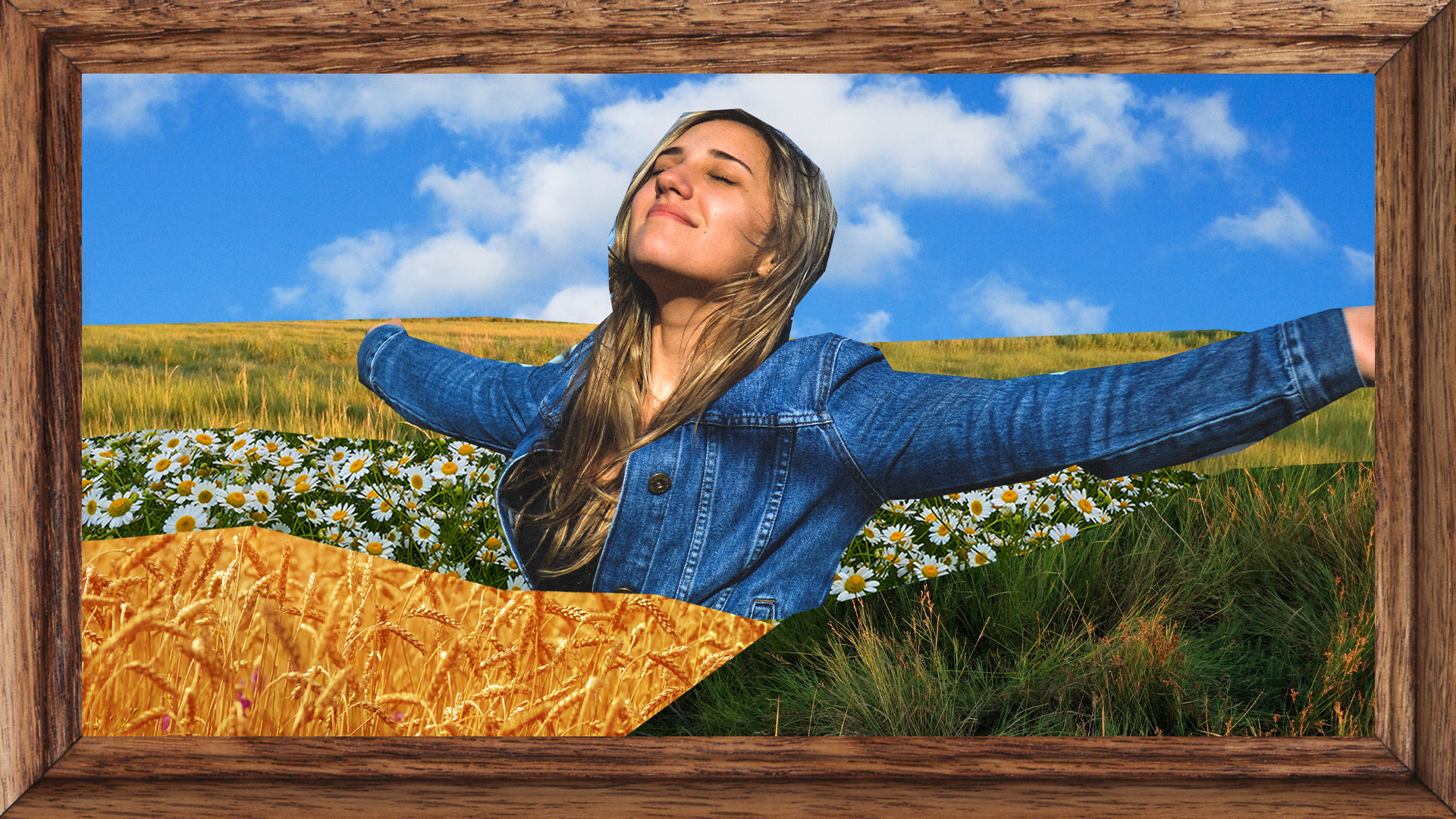 This word consists of two roots - blago (blessing or boon) and dat (to give) and is one of the key concepts of Christian theology. “Benevolent gift”, or blagodat, means no less than “God’s grace” or “God’s kindness”, with no merit required on the part of the individual. But few people remember this today, because the word is more often used in a different sense.

Blagodat is a characteristic Russian antithesis of toska. It is a state of contentment and absolute emotional calm, or it can refer to the attributes of nature and one’s surroundings conducive to this feeling. The concept closest to blagodat is “bliss”, but with a characteristic Russian flavor. For instance, you can experience blagodat when gazing at Russian prostor or relaxing after a session in the banya (Russian bathhouse), but you are unlikely to experience it after a hard day at work or a successful shopping trip. It is a spiritual experience enhanced by a deep connection with the land and Russian culture. 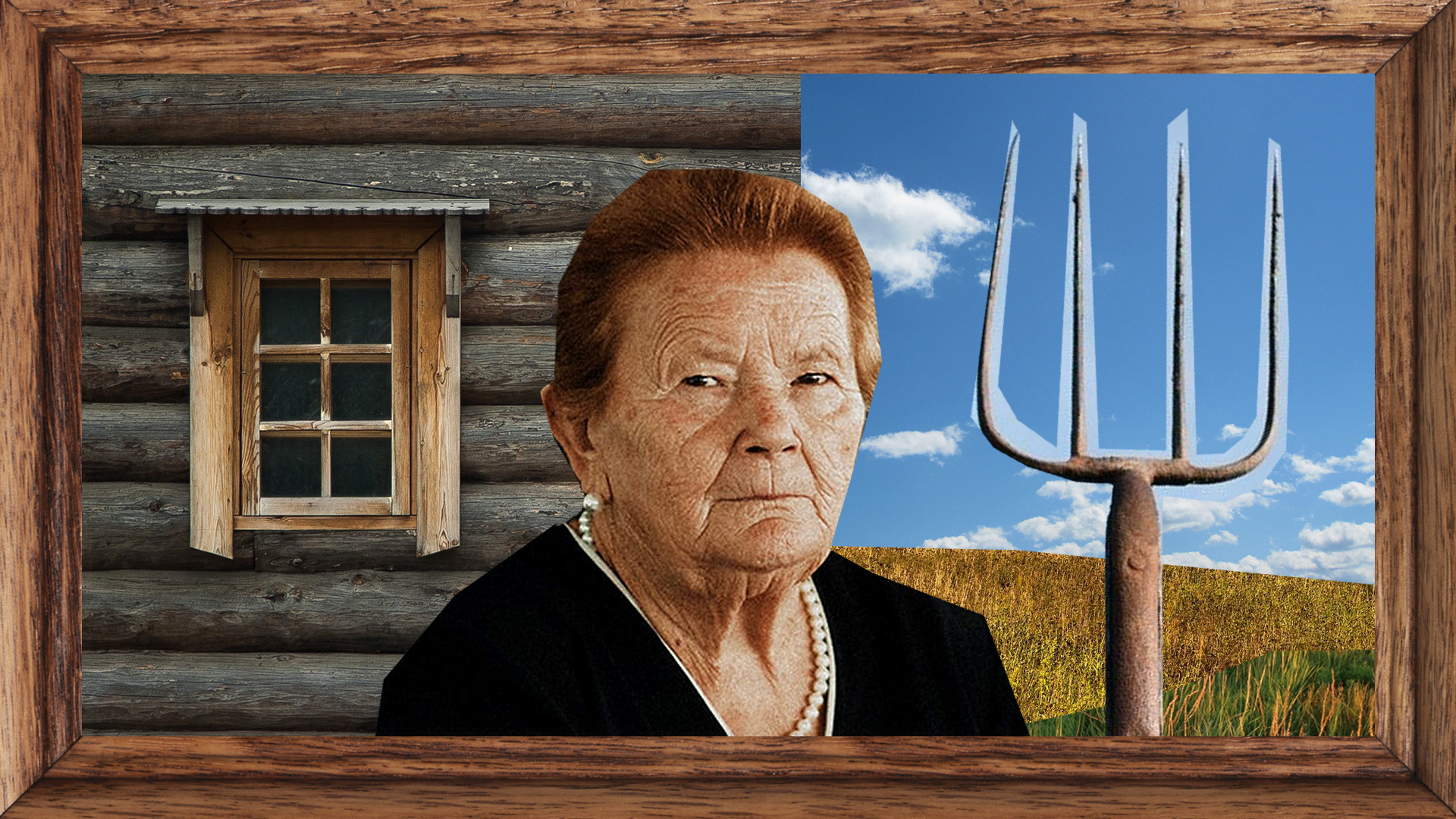 In Russia, a babushka is not just a grandma (the word’s literal meaning), but is used to denote all elderly women.

The concept of babushka is much wider, however. It implies a certain pattern of behaviour. Thanks to this, Russian babushkas have long become a meme and gained worldwide fame. For instance, they are a far cry from the charming and endearing elderly ladies that come to mind when you hear the word. In Russia, a babushka is more likely to be an unpredictable hurricane in a dress whom you’d better not annoy or argue with and who can turn a 40-year-old man with a beard into an apologizing and abashed schoolboy in barely the snap of a finger. No-one knows how they do it, but in Russia babushkas are respected, loved and admired, including for this aforementioned skill of theirs. 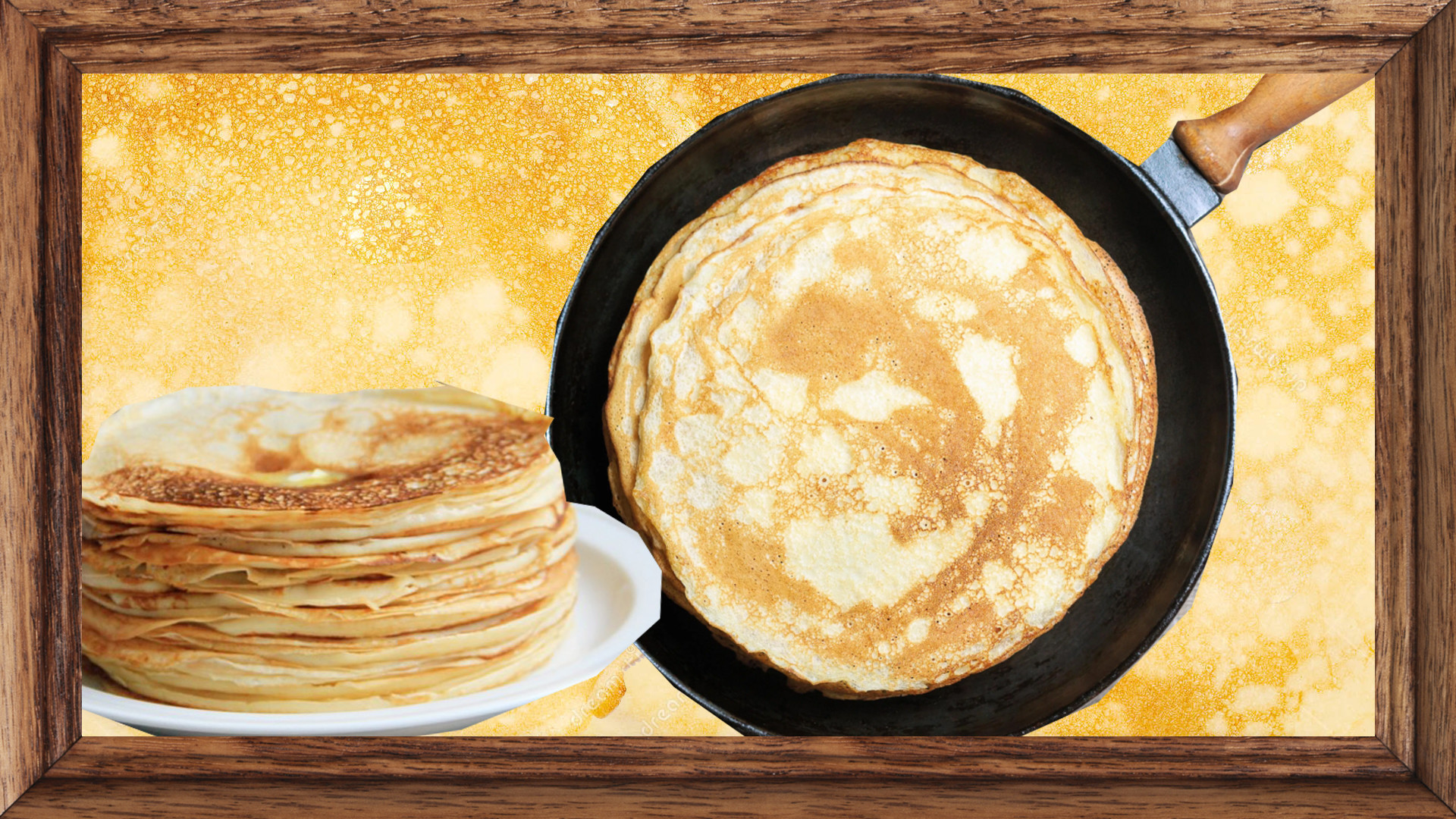 This flat cake made of batter is one of the most ancient dishes of Russian cuisine. Bliny were cooked in the oven in pagan times as far back as in the 9th century and, initially, they were ceremonial foods eaten at funeral repasts. Then, still under the guise of a ceremonial food “for the departed”, the blin migrated to Shrovetide Week (the pagan celebration of the end of winter) and, subsequently, completely shed its associations with the hereafter to become a symbol of the sun - thanks to its round shape.

The magnificent Russian blin became so popular that people got a taste for eating it on other days of the year. It entered popular culture and, centuries later, became… the most popular Russian substitute expletive! If you hear someone exclaiming “Blin!” in irritation or annoyance, they don’t have food in mind. According to linguists, blin as an exclamation appeared in the Russian lexicon only recently, in the 1960s, but has established itself in spoken Russian so firmly that it is difficult now to imagine the language without it. 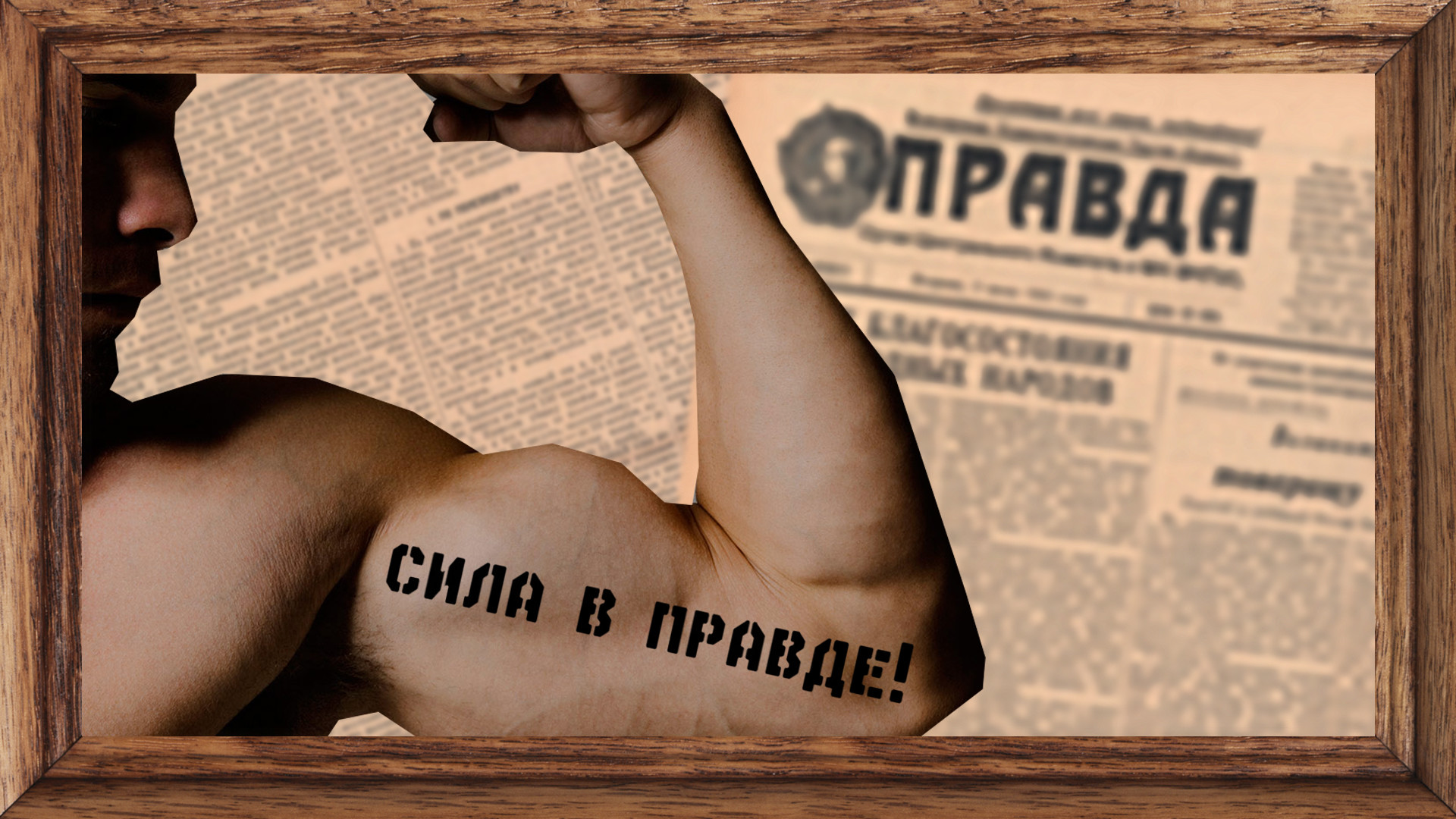 Pravda translates literally into English as “truth”, but Russian pravda and “truth” are two conceptually different notions. In Russian culture, pravda is something like the truth, a demand for universal justice and high moral standards all rolled into one. There have been numerous philosophical tomes devoted to unpacking this concept.

What is more, when it comes to the Russians, pravda is never equated to objective reality. There is even a popular saying that asserts: “Everyone has their own truth [pravda].” The phrase best sums up pravda’s principal characteristics - it is subjective, it is a spiritual paradigm and, just as no two people are the same, there is no single pravda either.

For Russians, pravda can even frequently be more important than the law. In Alexei Balabanov’s Brat 2 (Brother 2), one of the key Russian movies of the early 2000s, the main hero, Danila Bagrov, a charismatic Russian guy in pursuit of justice in the U.S. (through illegal means, of course), utters one of the most quoted phrases in Russian cinema: “American, what’s your power?… Truth [pravda] is a real power.” Ironically, the USSR’s principal propaganda newspaper also bore the name Pravda. 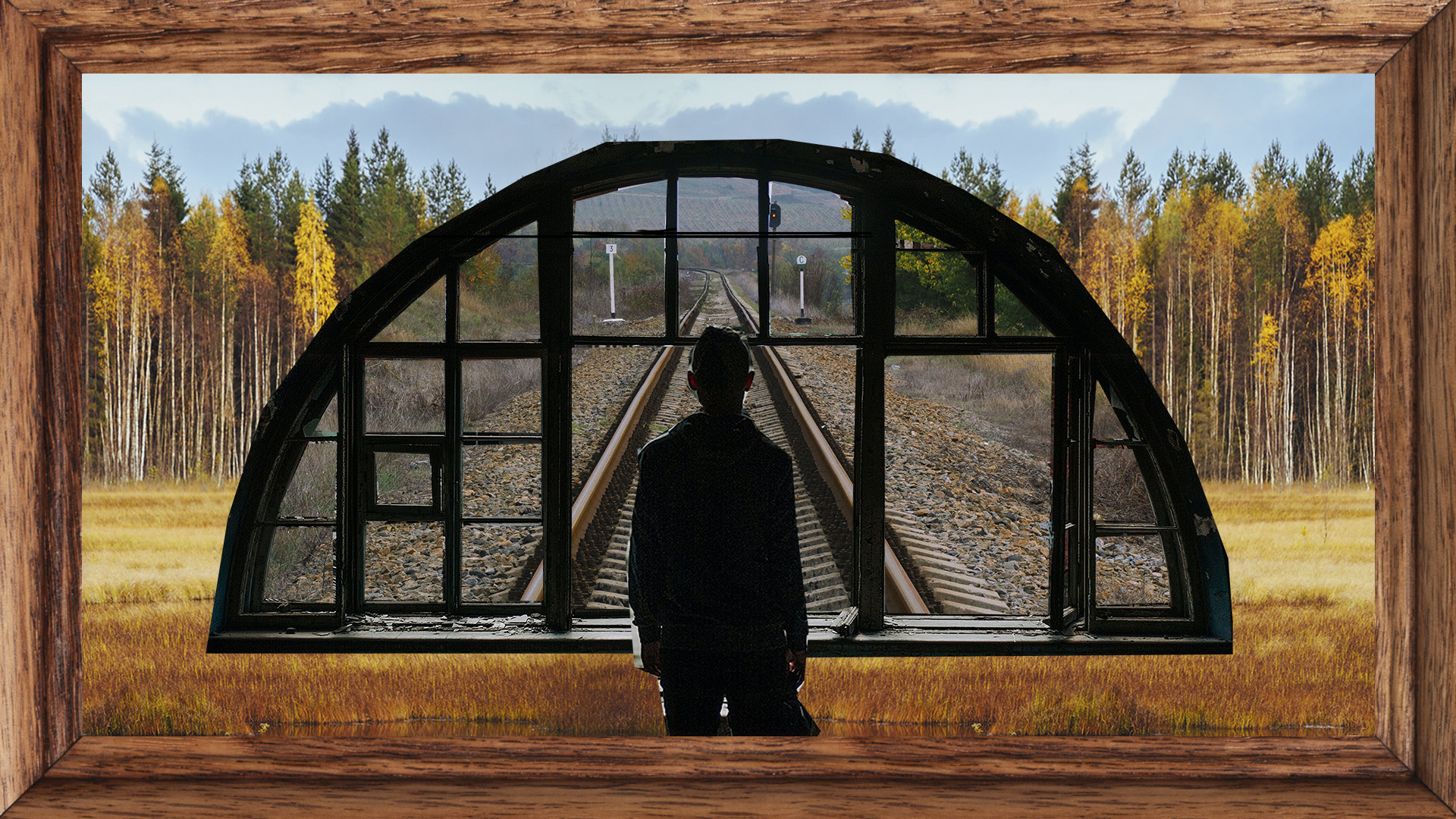 Russians believe in sudba (fate), because they frequently use the term as a synonym for “life”. The idea that life’s journey takes a predetermined course has been overlaid so successfully on top of the Russian disinclination to obey rules and exercise self-restraint that, at some point, it has become a universal alibi. If a Russian is unwilling to take a decision, accept future consequences or make a sober risk assessment, he will invariably invoke sudba. “You can’t escape your fate [sudba],” is a popular phrase that absolves people of all responsibility. This is the root of Russians’ famous fatalism: Why undertake anything if everything is already known to be predetermined? 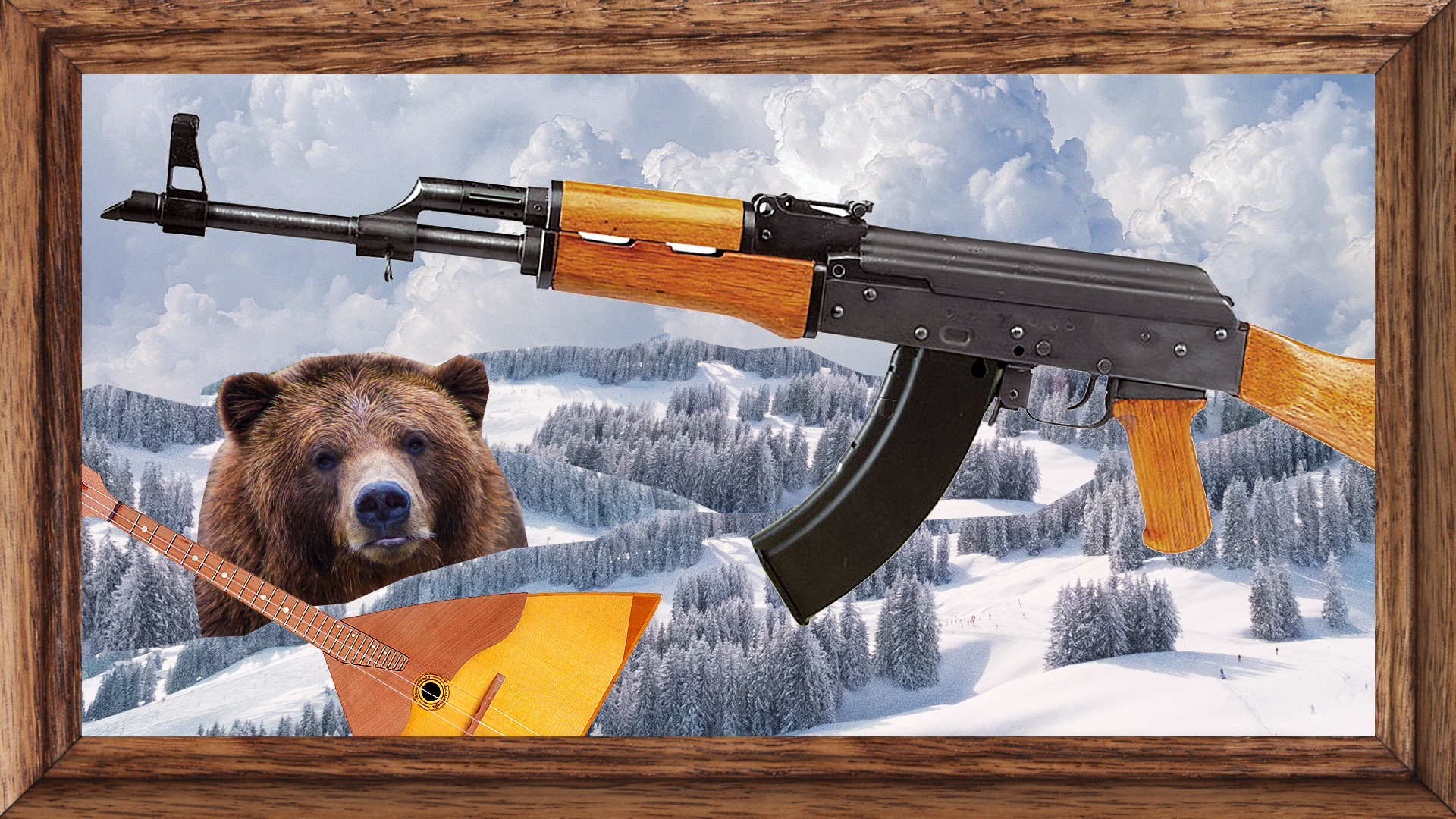 When people think of Russia, they more often than not come up with the same list of associations: cold winters, bears, vodka, a fur cap with earflaps, pretty girls and the Kalashnikov assault rifle (known in short as Kalash). The famous AK-47 rifle is still one of the most recognizable symbols of Russia, known in the four corners of the world. In some countries, it is even depicted on official flags as a symbol of the struggle for freedom and independence. But the Kalashnikov is, above all, a symbol of the country’s exports. And in spite of that, the Kalash, being of pure Russian pedigree, is almost a national treasure. 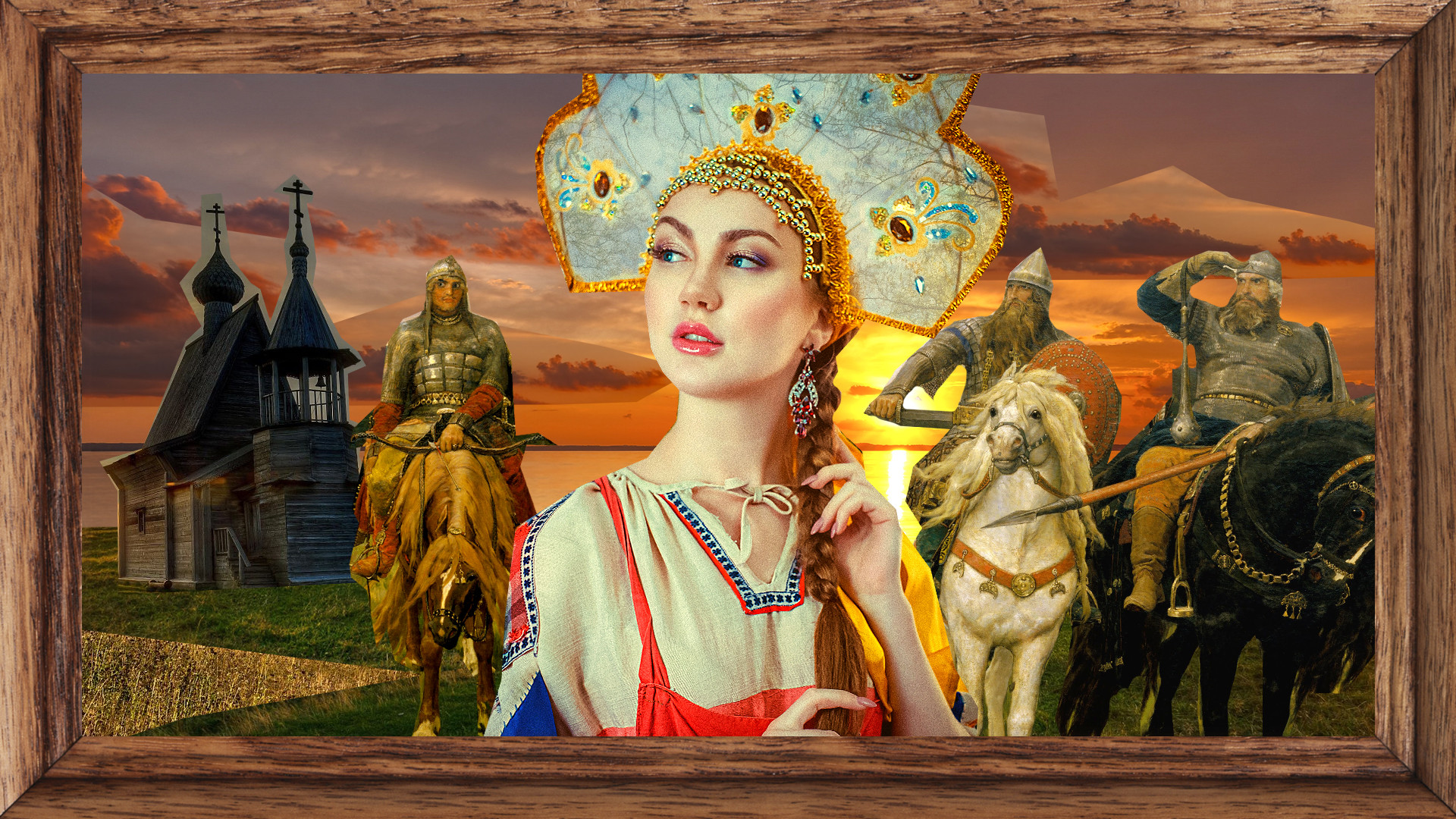 This is the philosophical cornerstone of Rusian literature and culture as a whole. According to religious belief, dukh is an imperishable entity close to the idea of the dusha (soul).

But, the difference is that dukh has the connotation of inner moral strength and a certain view of life. “The mysterious Russian soul” is nothing other than “Russian dukh” endowed by Russians with a whole panoply of national attributes and meanings.

Apart from that, dukh is closely related to dukhovnost (spirituality) - a propensity for self-reflection and the primacy of moral interests over material ones.