What’s the difference between ‘ТОЖЕ’ and ‘ТАКЖЕ’? 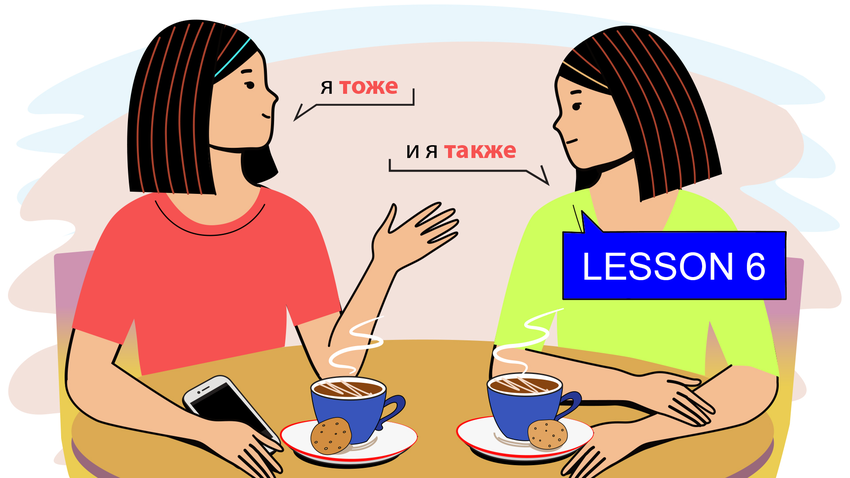 Alena Repkina
The two seem almost identical in meaning. But there are some key nuances!

A student of Russian could easily write dozens of lines in the ‘complaints and suggestions’ book of the Russian language. For instance: “Why don’t we make accents in words fixed?” or “Can we please pronounce the letter ‘o’ the way it is written, instead of making it sound like ‘a’ in some words?” or “I demand that the letter ‘Ё’ be always written correctly, with the umlaut on top - I’m not a telepath!” and, of course, “Why can’t we just have ‘ТОЖЕ’ and throw out ‘ТАКЖЕ’ to eliminate any confusion? They’re way too similar!”

‘ТОЖЕ’ and ‘ТАКЖЕ’ really do have a lot in common. Let’s try and figure out what the differences are by looking at the following examples: 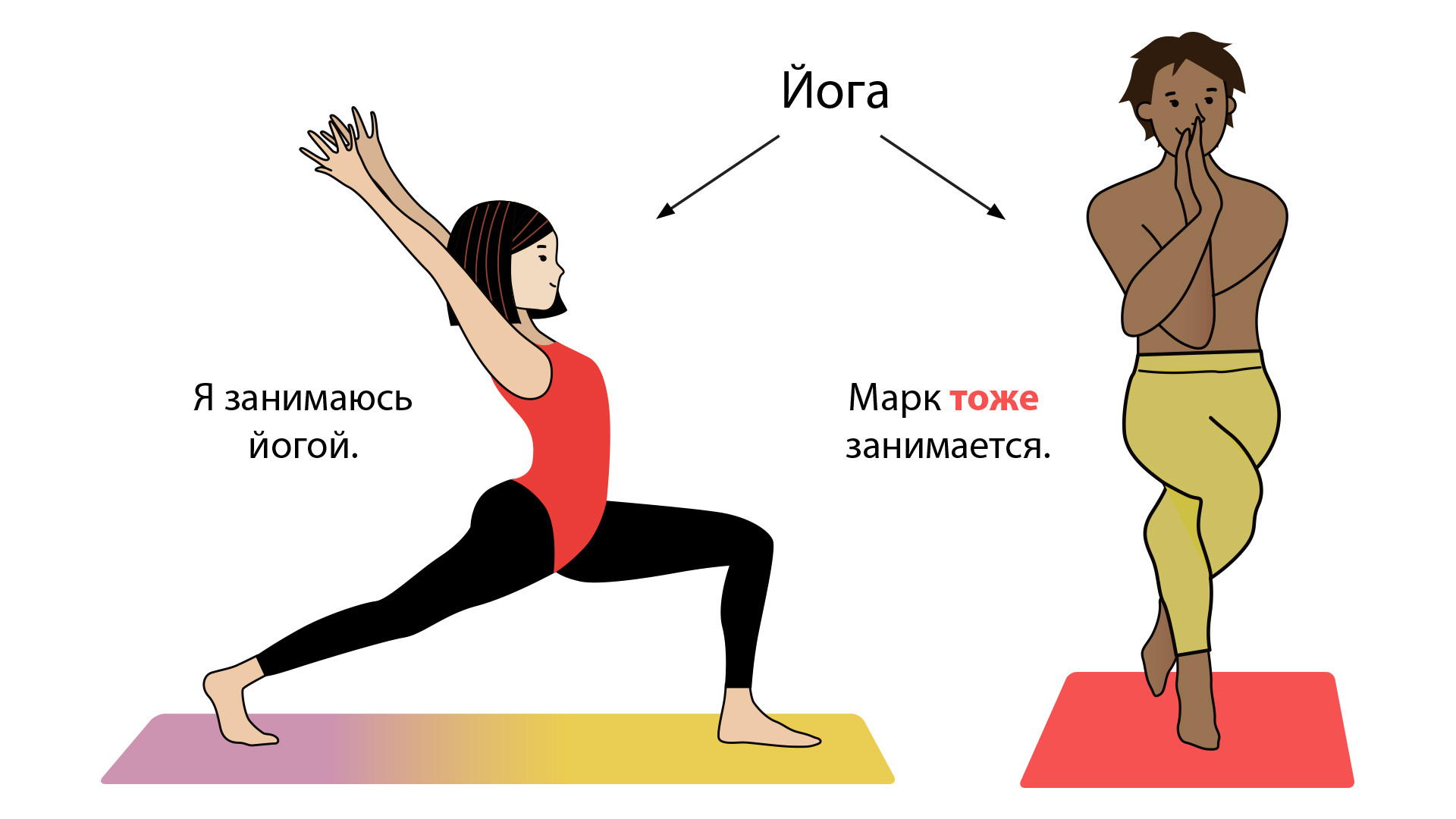 1) I do yoga and Mark also does yoga 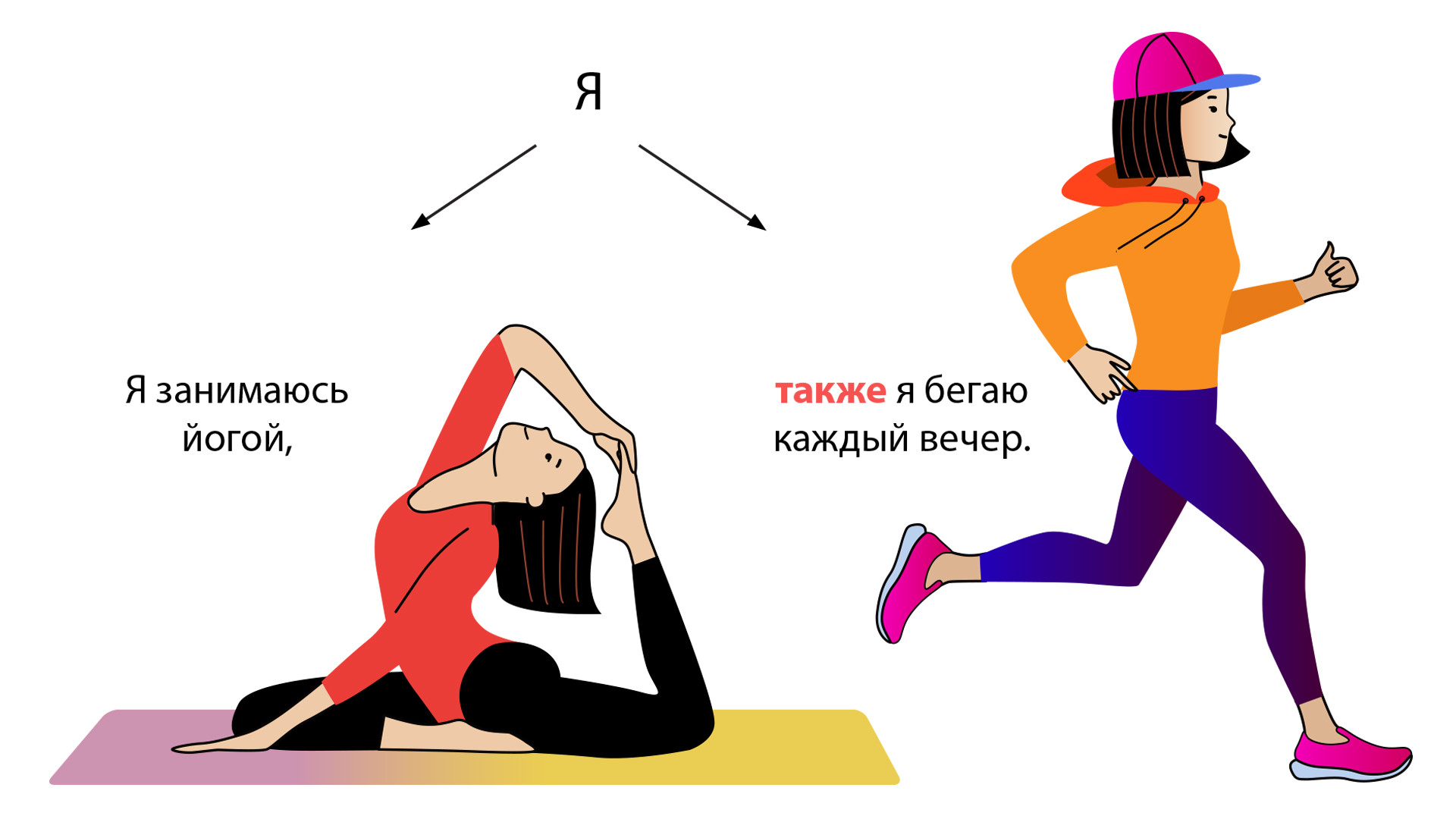 2) I do yoga and also run every evening.

The word ТОЖЕ is used when the phrase contains two subjects (S1 and S2) that also perform the same action or display similar features to each other. The word ТАКЖЕ is used when several features or actions apply to the same subject (S1). Both examples can be visualized in the following way:

In most cases, ТОЖЕ can be substituted for ТАКЖЕ, as they are synonymous in sentences, whose structure you see in Figure 1 on the left. For example: 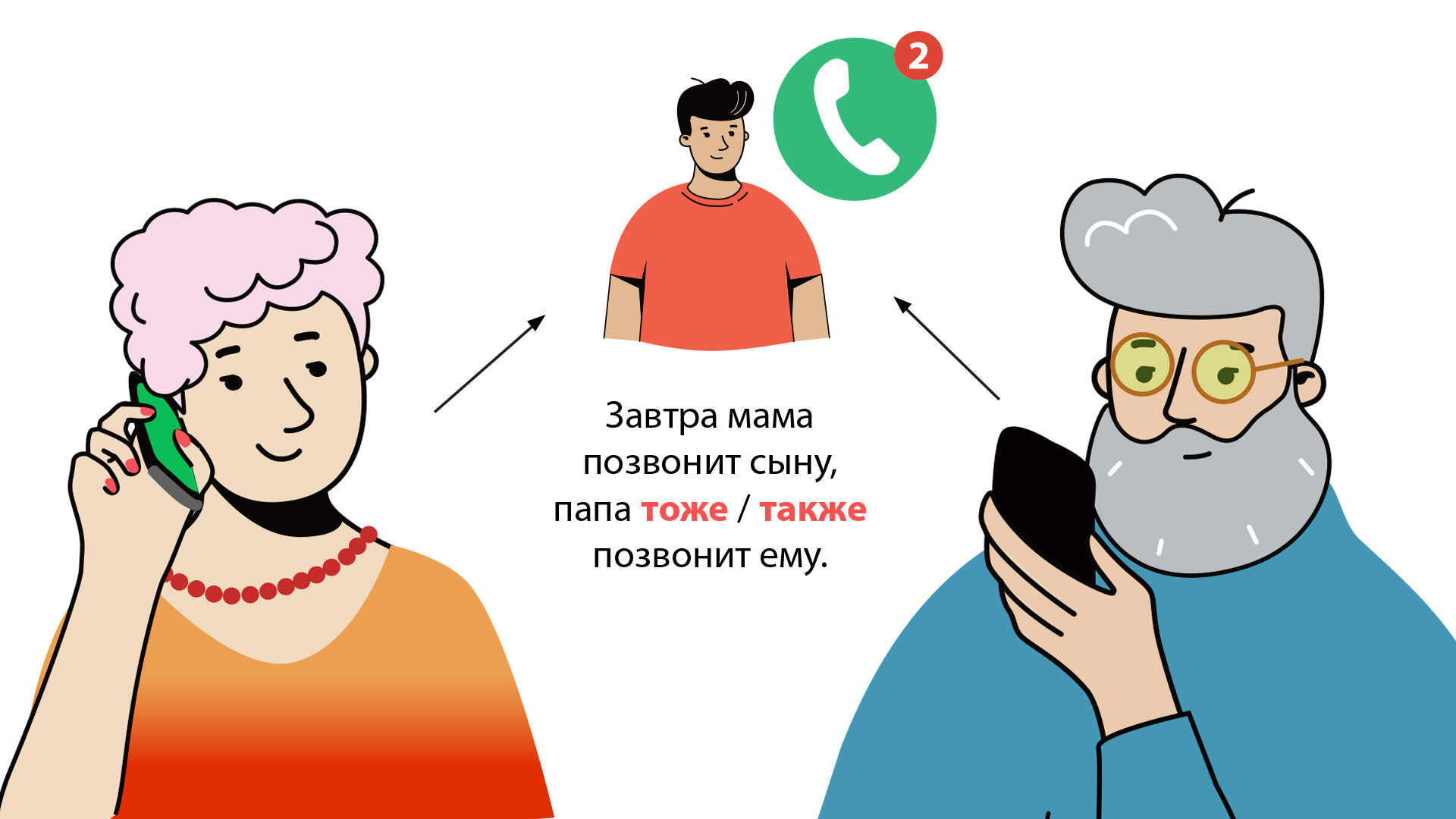 3) Tomorrow mother will call her son, as will the father / as the father will, too.

This example has ТОЖЕ denoting the same action carried out by the two subjects, while ТАКЖЕ communicates a slightly different meaning: it adds an additional characteristic to the message (the important part is that it’s the mother who is calling - the fact that it’s also the father is an afterthought).

But you must also pay attention here: ТОЖЕ can’t replace ТАКЖЕ in Figure 2! For example, when listing all the languages you speak, you must us only ТАКЖЕ: 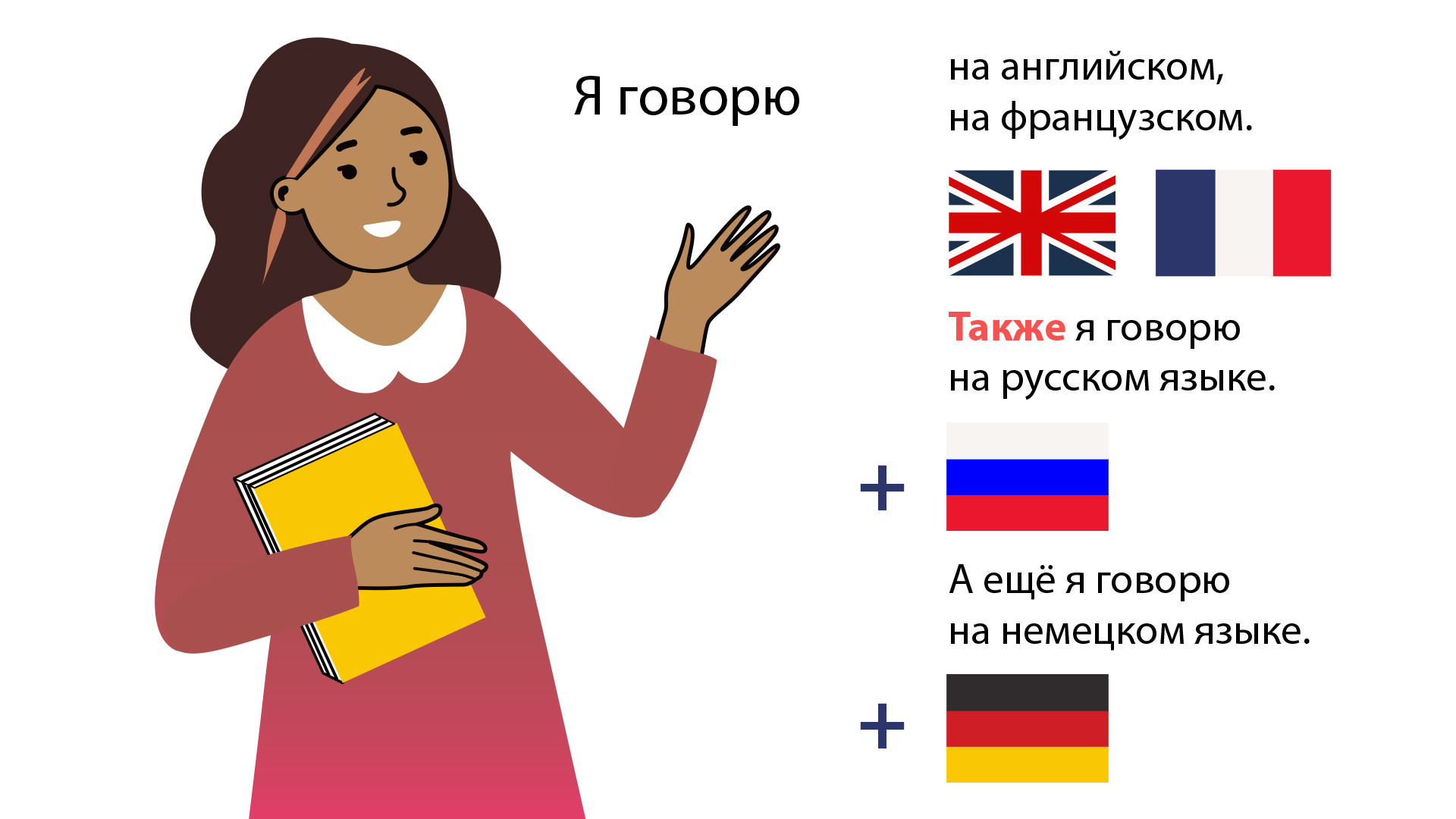 In the above example, ТАКЖЕ can easily be substituted for the synonymous А ЕЩЁ at the start of the sentence, as it implies additional information. By the way, speaking of positioning, ТОЖЕ is never used at the start of a sentence (initial position), but ТАКЖЕ loves to be placed just there (examples 2, 4).

Both words also carry a different intonational scheme in the sentence. ТОЖЕ can easily imply an intonational emphasis to - it points to information we already know, whereas ТАКЖЕ remains in the “intonational shadow”, so to speak. That is why, in day-to-day dialogue, we hear ТОЖЕ used often:

- I have finished the test!

Having described the difference between ТАКЖЕ and ТОЖЕ in the following table, we can hope there will be one less complaint about Russian’s confusing nature from students moving forward!