Most WIDELY spoken languages in Russia 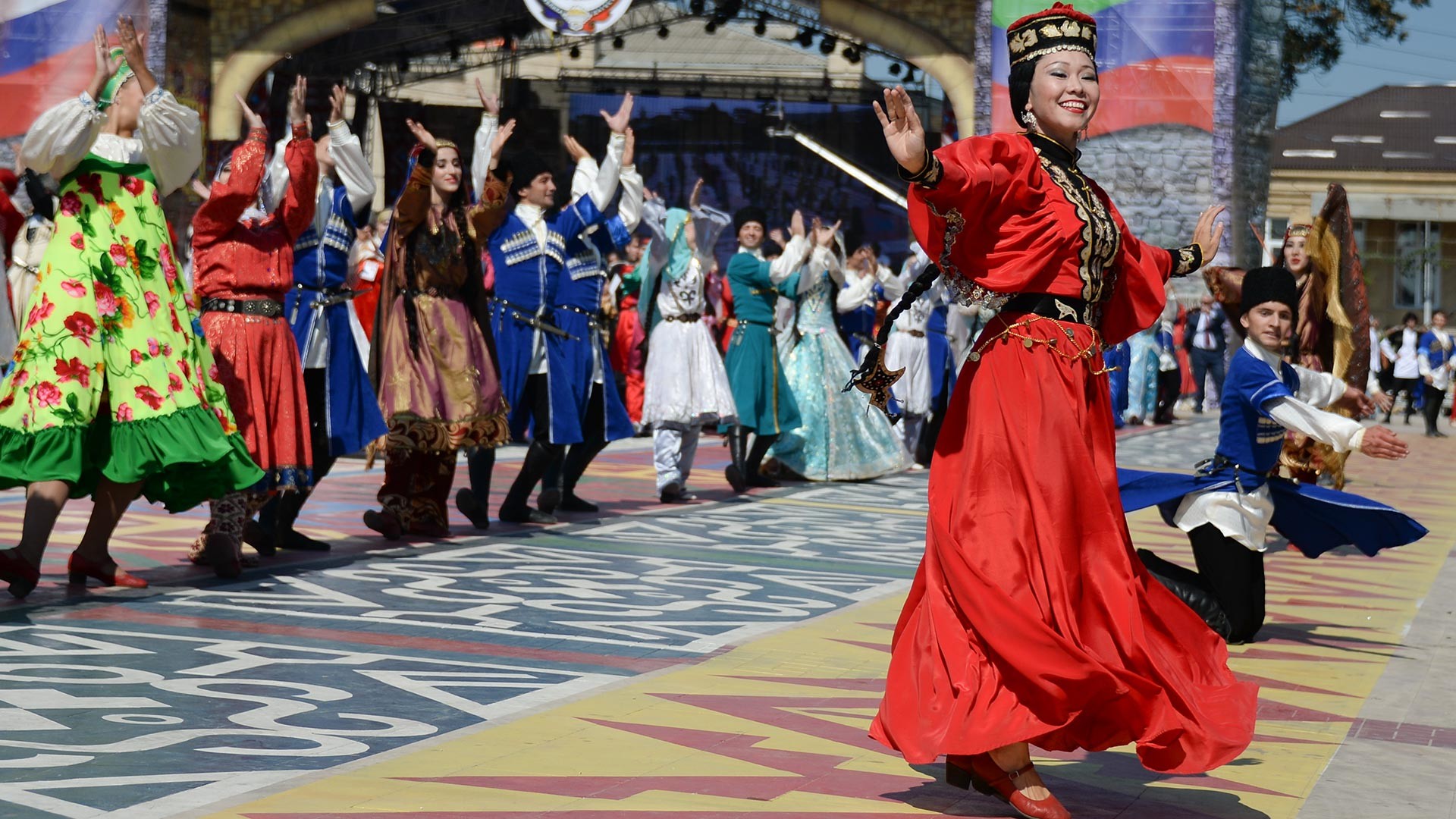 Alexei Filippov/Sputnik
A great number of regions in Russia will have all their street signs written in several languages. The same goes for their media, art and beyond.

Russian is spoken by the vast majority of the country’s population - over 99 percent; in second place is English (believe it or not!), which is spoken by five percent. Amazingly, Russia’s many native languages are spoken by less of its population than a foreign one. The multi-national country has more than 190 peoples, which speak a total of 270 languages and dialects! Some even have two languages, such as the Mari El and Altay peoples; while others speak a common one, such as the case with the Kabardians and Cherkess. In multi-national regions, these languages have equal status to Russian. 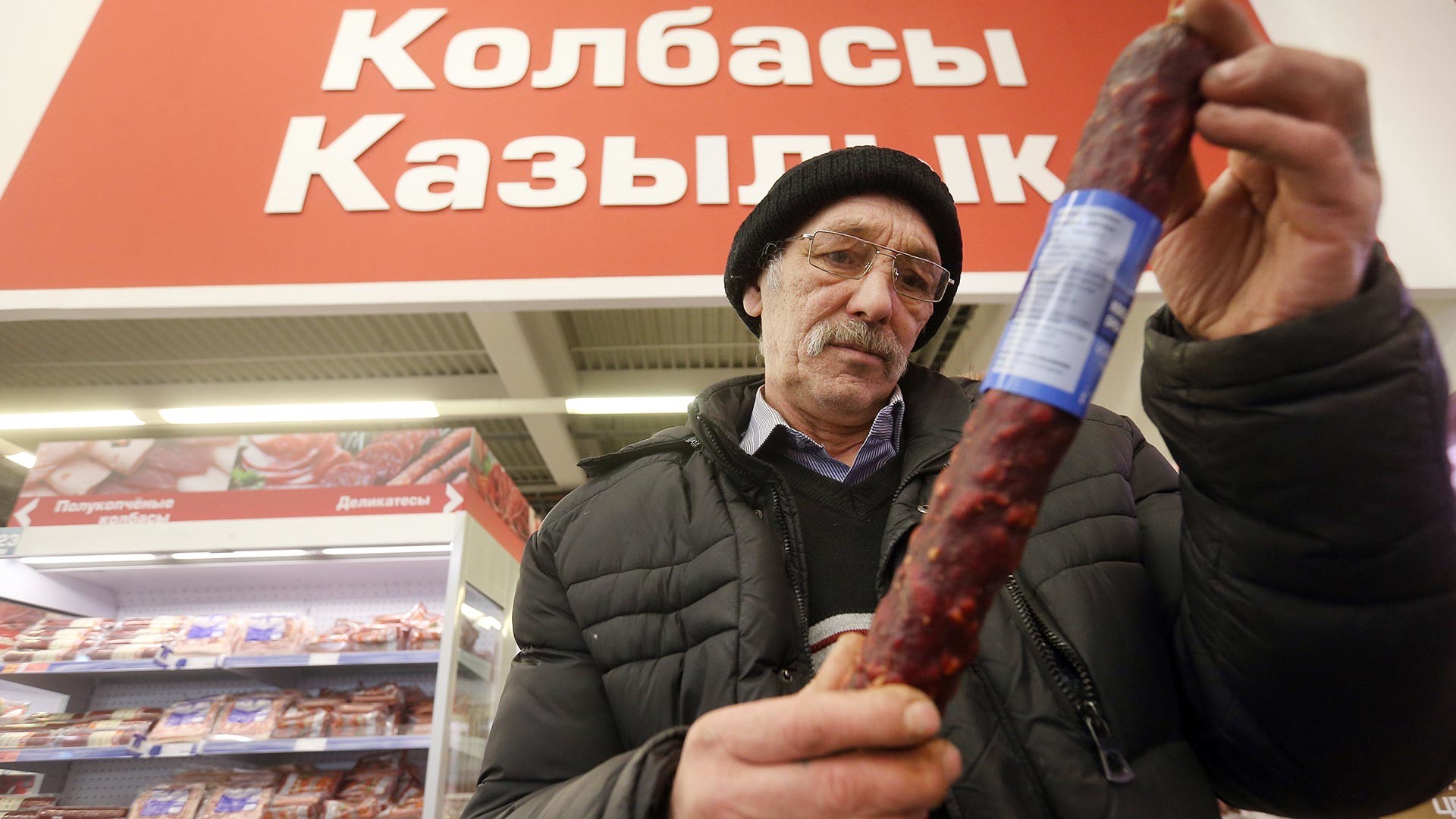 At the Kazan store.

More than 4.2 million Russians speak Tatar, which is the official language of the Republic of Tatarstan. It is also quite widespread in neighboring Bashkortostan, Mari El, Udmurtia and even Ural Region. Tatar is taught in schools, used to publish all sorts of literature, entertainment, art and media. The street signs are all doubled in Russian and Tatar. Linguists distinguish between three separate dialects: Kazan (central), Mishar (western) and Siberian (eastern). The western is closest to ancient Tatar, while the central is considered to be the most modern, while the eastern is vastly different from either - as well as containing such a wealth of local dialects - that linguists often treat it as a language in its own right. 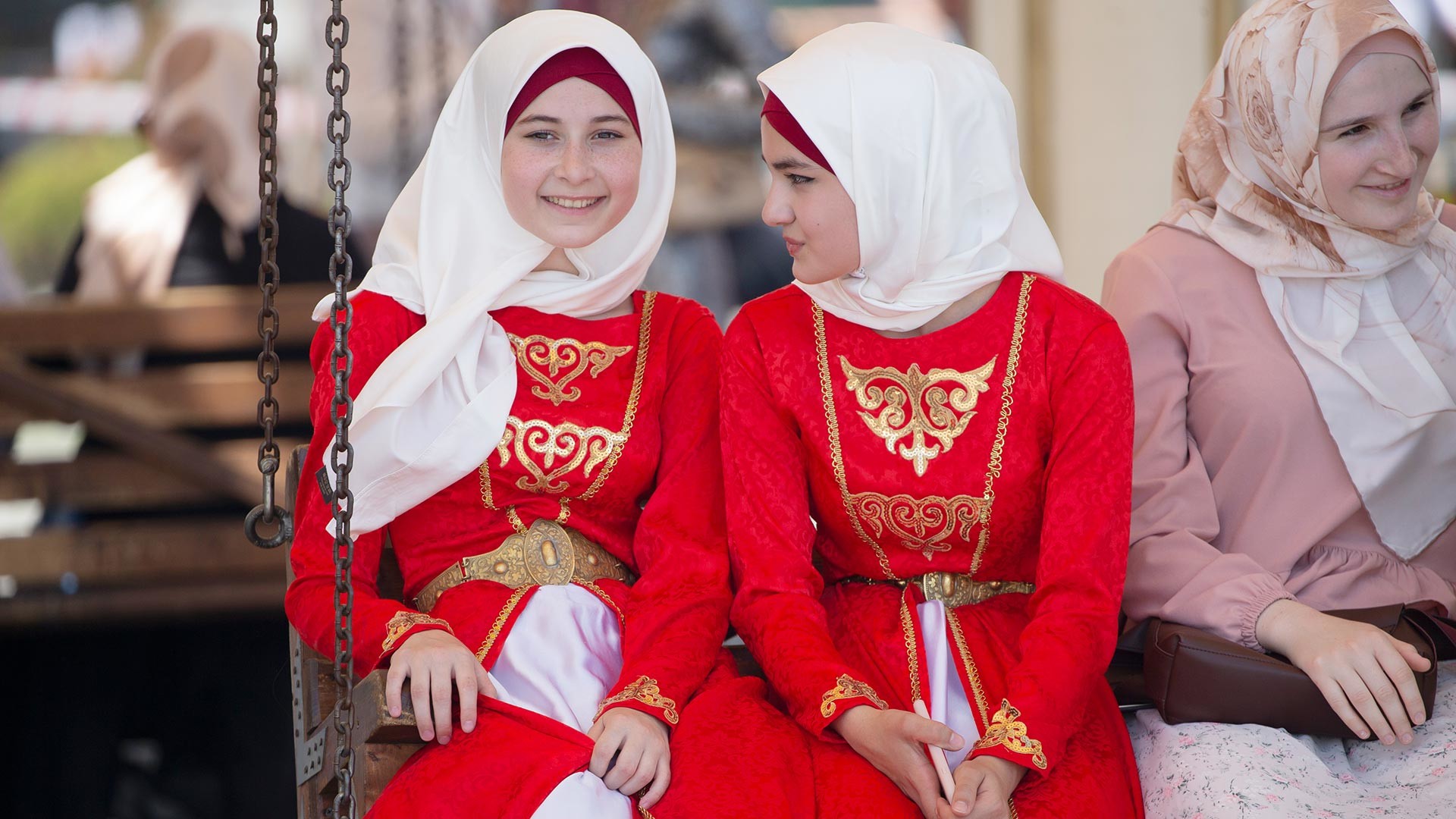 In Grozny, the capital of Chechnya.

More than 1.3 million Russians speak Chechen. The greatest number of them, of course, come from the Chechen Republic; however, the language can also be heard in neighboring Ingushetia and some regions of Dagestan, where it also enjoys official status. The language has seven dialects and a plethora of local sub-dialects. 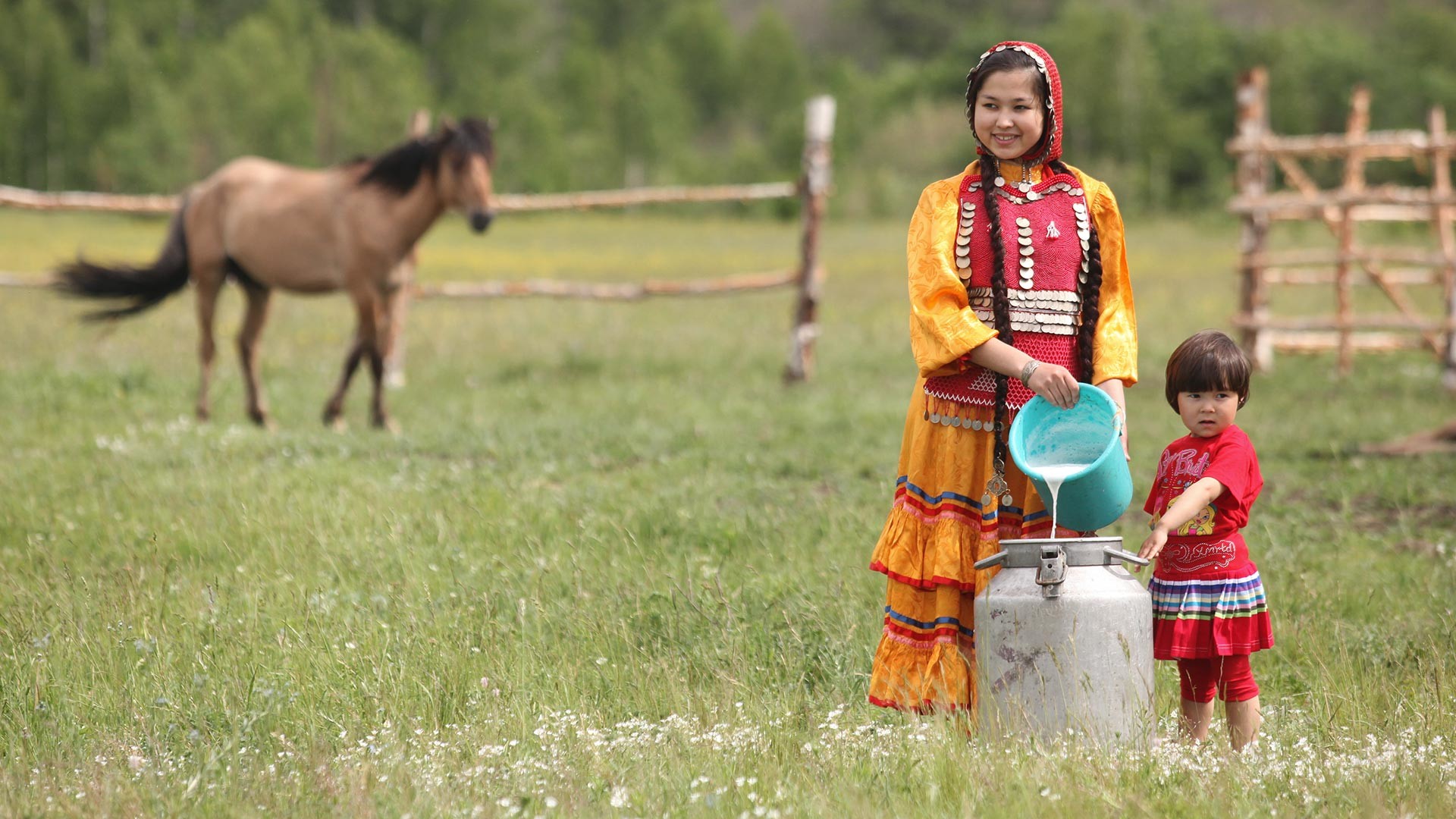 Bashkiria. Transfusion of milk after milking a mare on a private farm for the production of kumis.

The Republic of Bashkortostan has some 1.5 million inhabitants, all speaking its official language. Meanwhile, a third of them aren’t even Bashkir - they’re often Tatars, Russians, Chuvash and Mari.

As is the case with Tatar, Bashkir is a Turkic language. It has three regional dialects, which are subdivided into dozens more. The Bashkir people have been using Cyrillic since 1940. Before then, they predominantly used Arabic scripture, then latin. The modern alphabet contains 42 letters, with 33 of them being Russian and nine being special local characters. 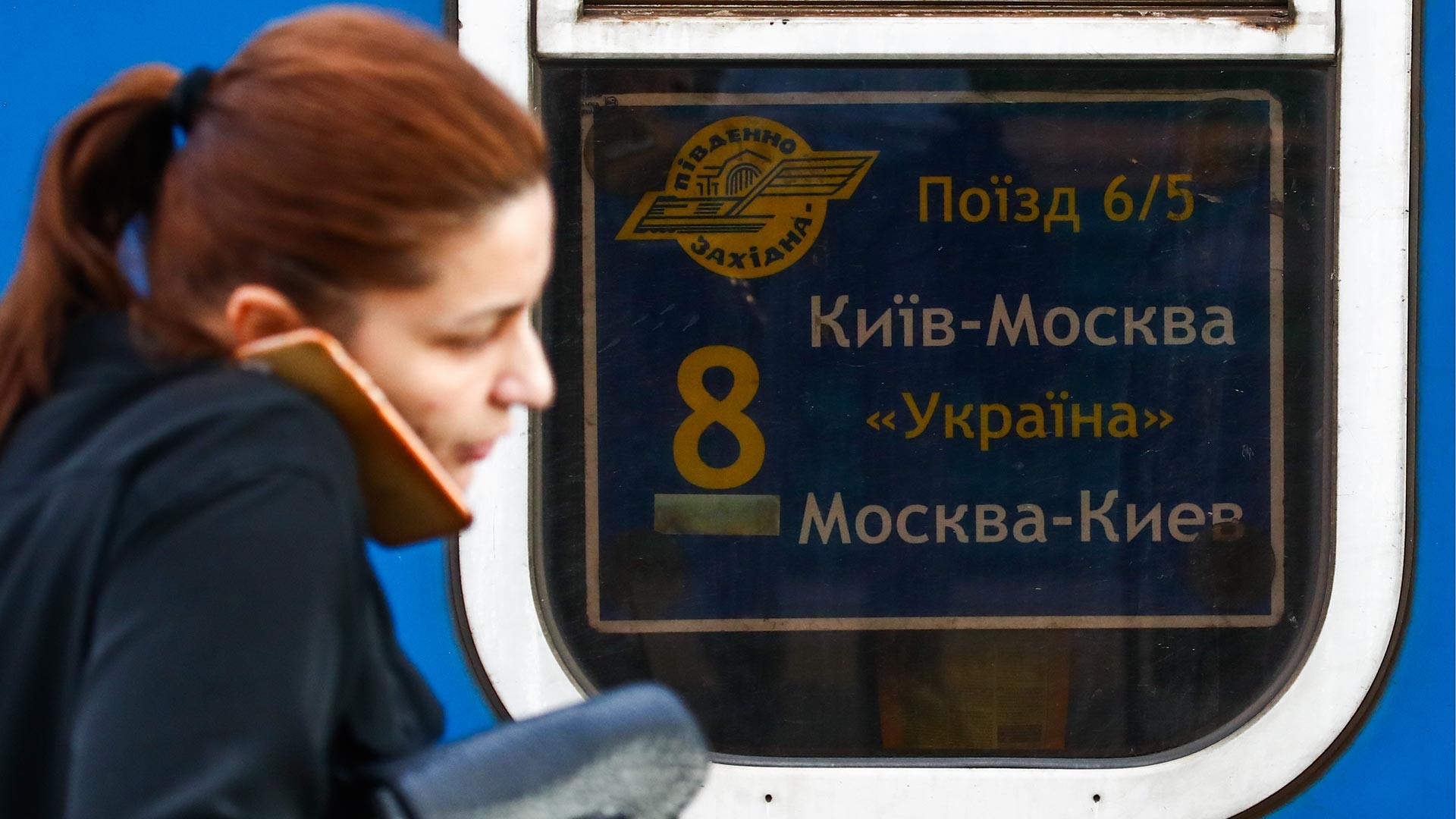 The Kiev-Moscow train at the Kievsky railway station, Moscow.

The language of neighboring Ukraine is spoken by a total of 1.8 million people, making it the fourth most spoken language in Russia. Speakers live across Russia’s many regions - surprisingly many in the North, in the Khanty-Mansiysk Autonomous Region, the Yamal and Komi, as well as the Crimean peninsula in the south and western regions bordering Ukraine. 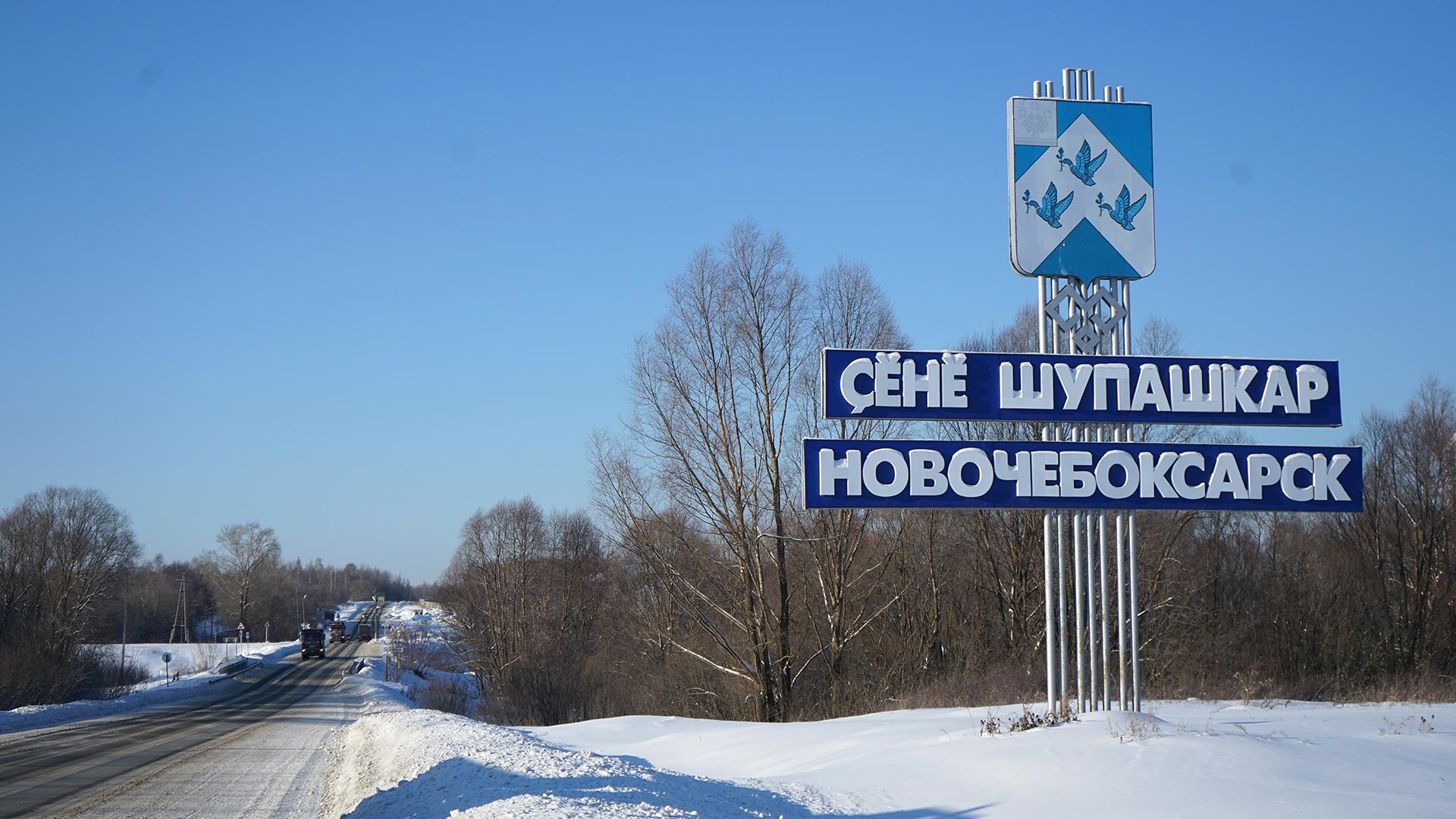 The Republic of Chuvashia. Entrance to the city of Novocheboksarsk.

Alongside Russian, Chuvash is the official language in Chuvashia, with more than a million speakers, predominantly from Povolzhye Region. The language is used by the Bulgar group, which is in the Turkic family. It’s also the only language from that group still spoken today. Chuvash doesn’t have the da (“yes”) particle, which consequently means that, instead of giving someone a concrete confirmation, the speaker simply repeats the verb. 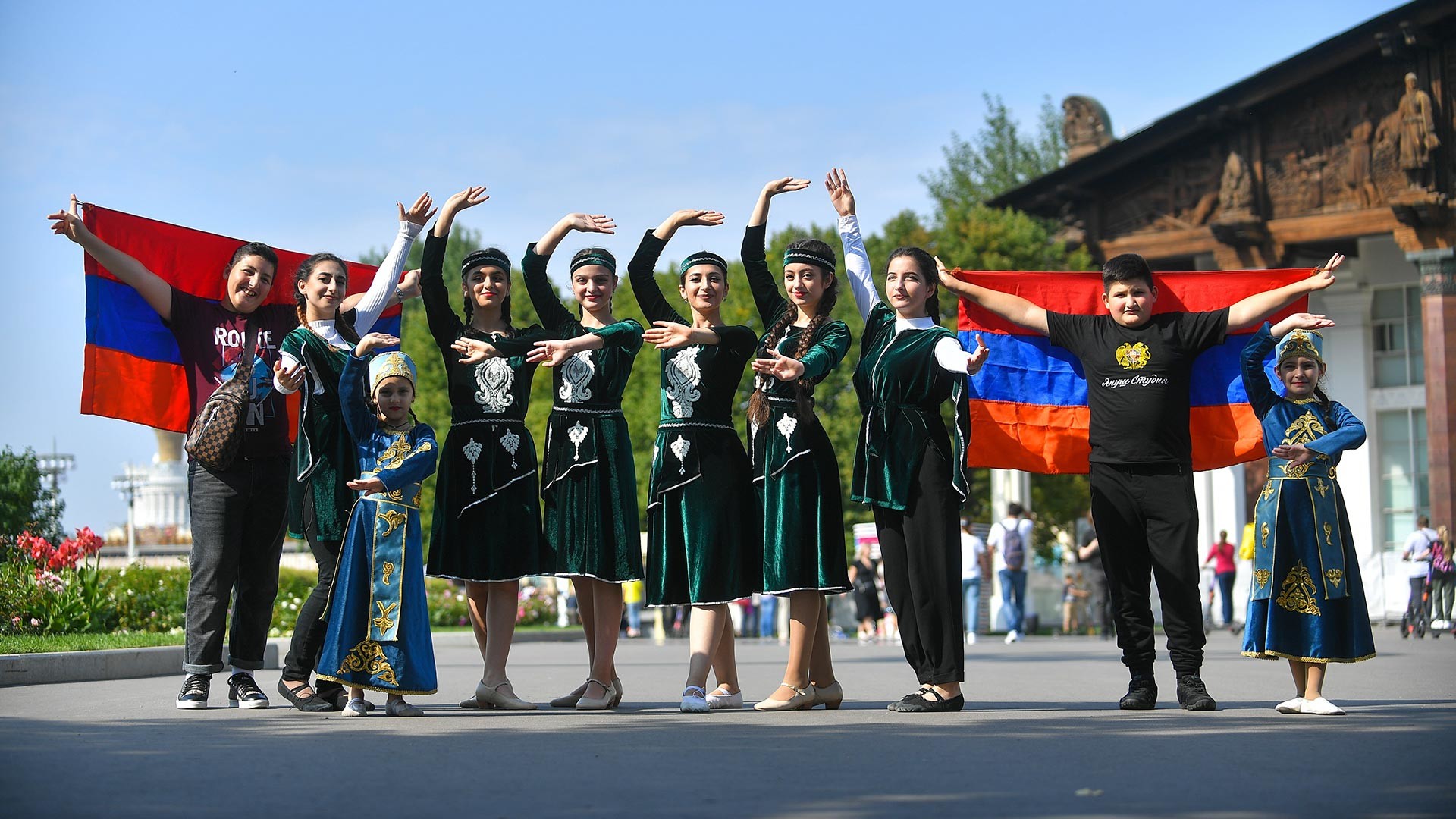 Festival of national hospitality of the peoples of Russia and the CIS countries in Moscow.

More than 900,000 people in Russia speak Armenian (and more than six million across the world), despite the fact that over 1.7 million ethnic Armenians live on Russian territory (mostly, in the south and in the Caucasus) - almost twice the actual speakers. Still, the language does not have official status in any of Russia’s regions. 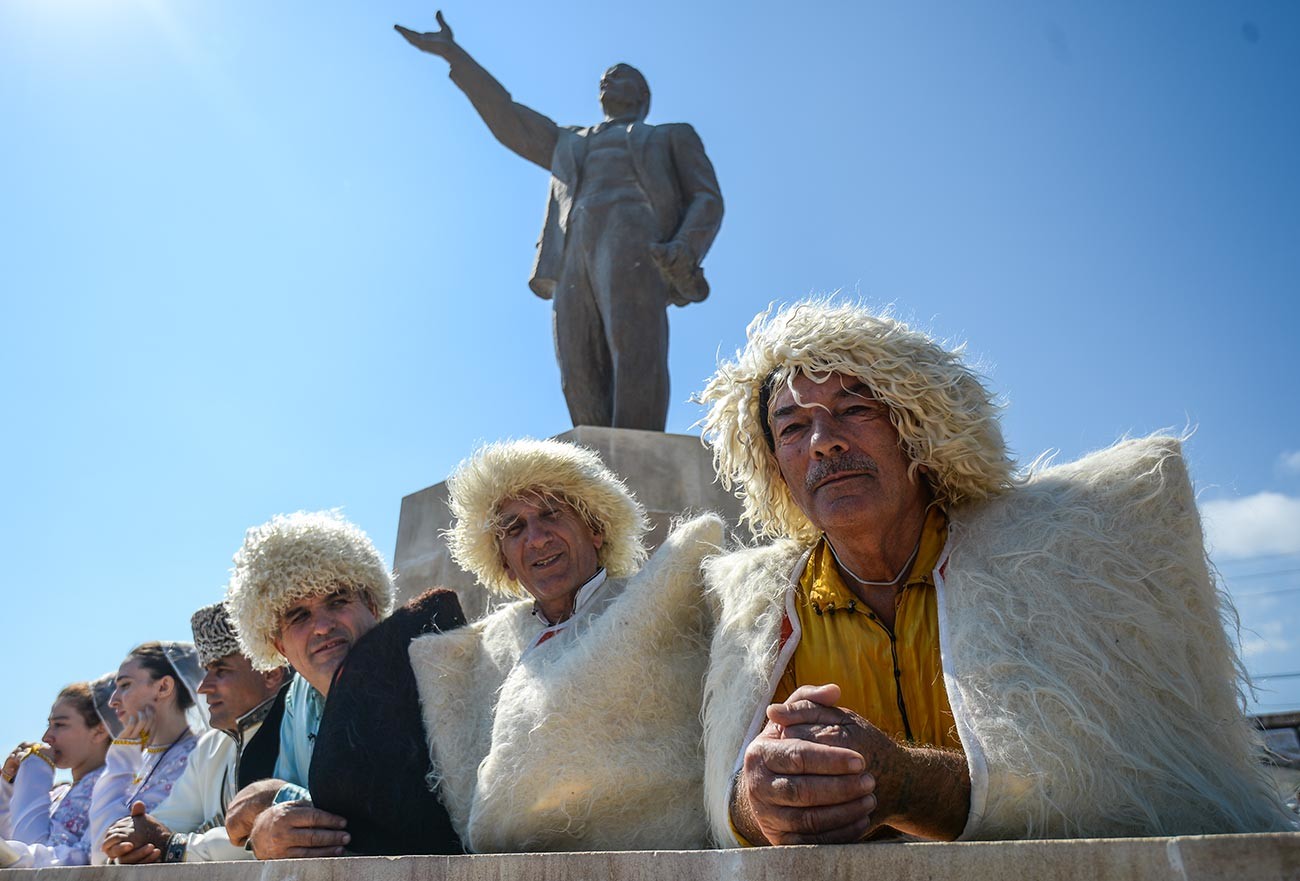 One of the 14 official languages of Dagestan, Avar is the most widely spoken in the republic, after Russian, with more than 700,000 speakers - mostly, representing the Avar people, although it is also an intra-national language. There are local dialects in every region inhabited by Avars and they’re so different that inhabitants of neighboring settlements may find it difficult to understand each other at times. 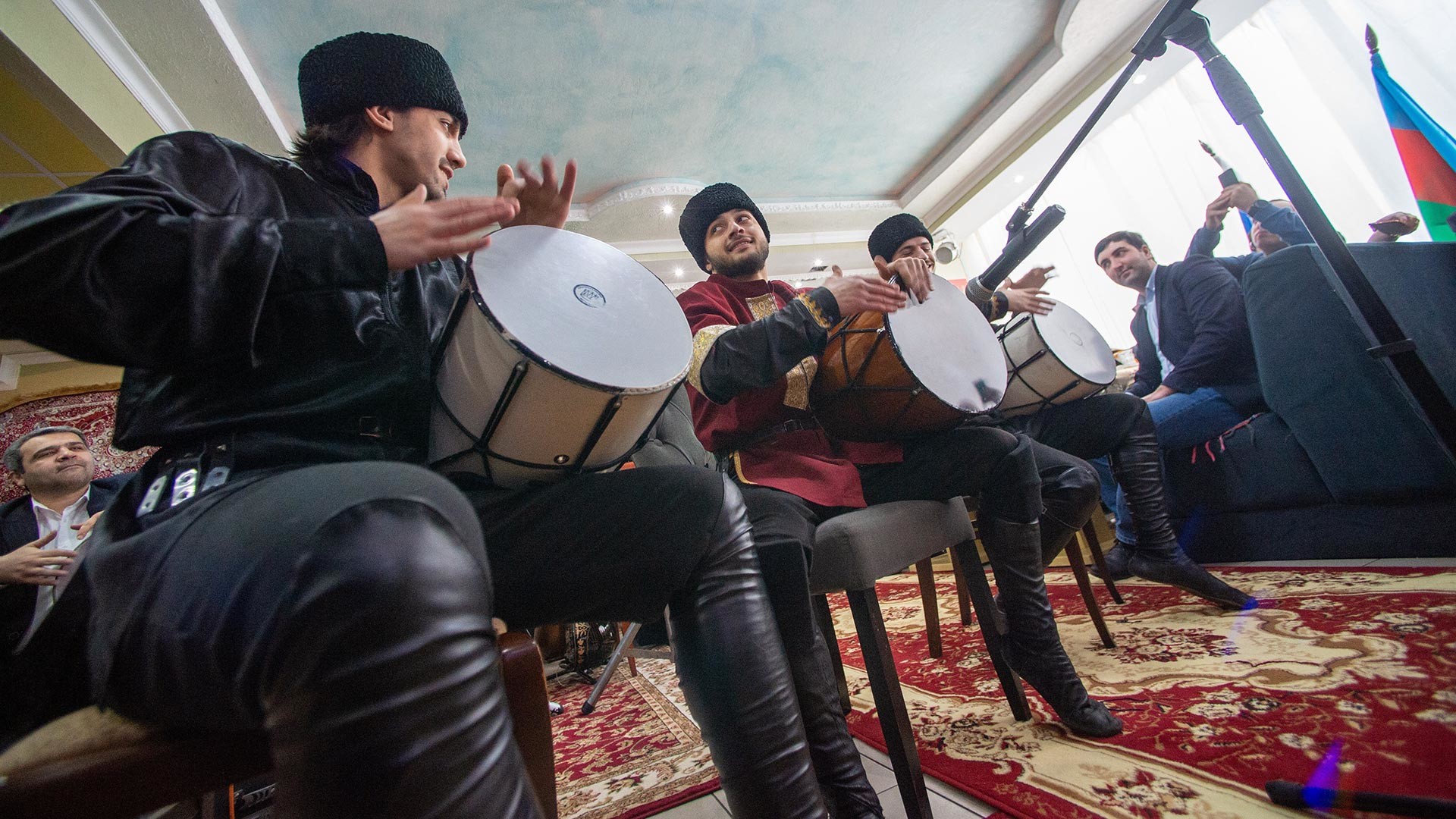 Azerbaijan Cultural and Educational Center in the Moscow Region.

The Azeri language is another official language spoken in the Republic of Dagestan. It is also spoken by Russia’s Azerbaijani minority. Meanwhile, the number of speakers across the world exceeds 25 million, with only 670,000 of them living in Russia; interestingly, that still makes it one of the most widely spoken languages in the country. Also, unlike Azerbaijan, which uses the Latin alphabet, Russian speakers use Cyrillic. 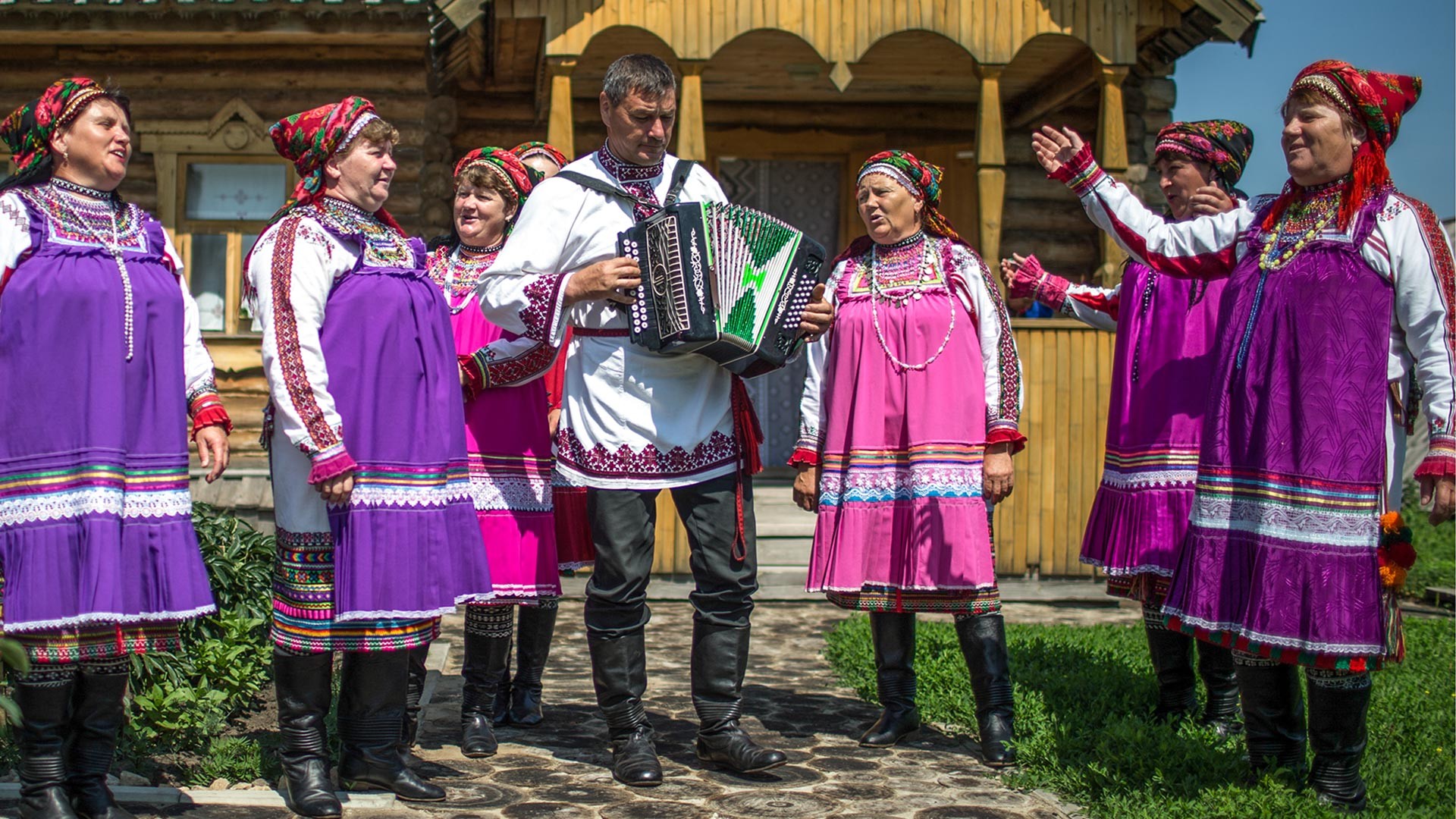 The center of national culture in the village of Staraya Terizmorga in Mordovia.

Linguists believe there are actually two Mordovian languages - Moksha and Erzya, which take their names from two main sub-ethnic groupings of the Mordovian people. Both have official status in the Republic of Mordovia, but are also spoken in Chuvashia and, sometimes, Tatarstan and Bashkortostan. The spoken versions of the languages match up by about 70 percent, while written and official forms are 90 percent identical. That is to say that the speakers of both dialects understand each other well. The language is spoken by more than 430,000 people. 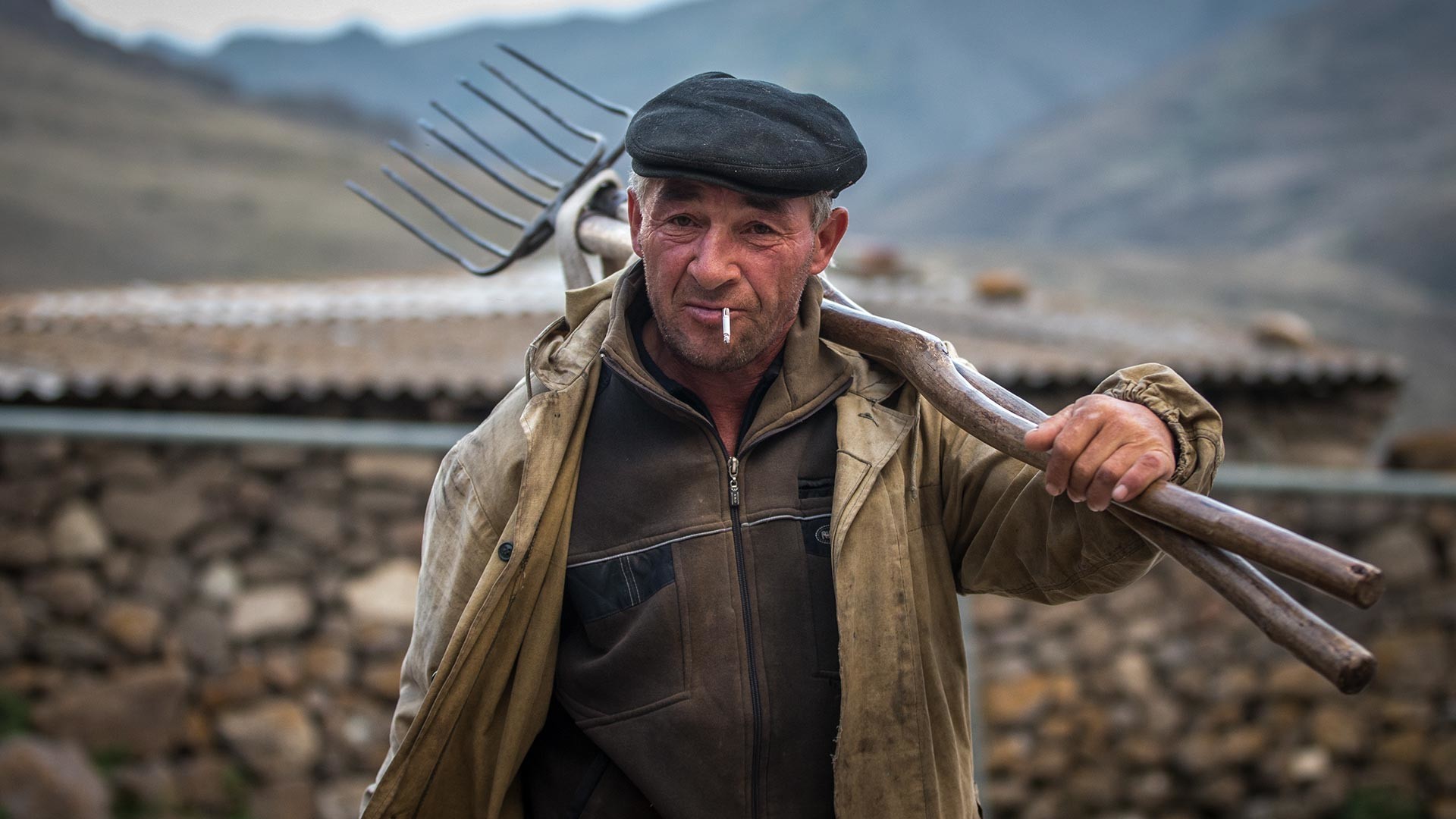 More than half a million people in Russia speak the language of the Kabardians and Cherkess peoples, with the figure rising to 1.6 million worldwide! Kabardian-Cherkess is one of the most ancient languages of the Caucasus region (and Europe in general) and it has preserved several interesting characteristics. For instance, it uses a twenty-decimal counting system, normally encountered in Celtic and Mayan languages. Its closest relative is considered to be the language spoken by the Adygeyan people, who inhabit the Adygeya Republic.