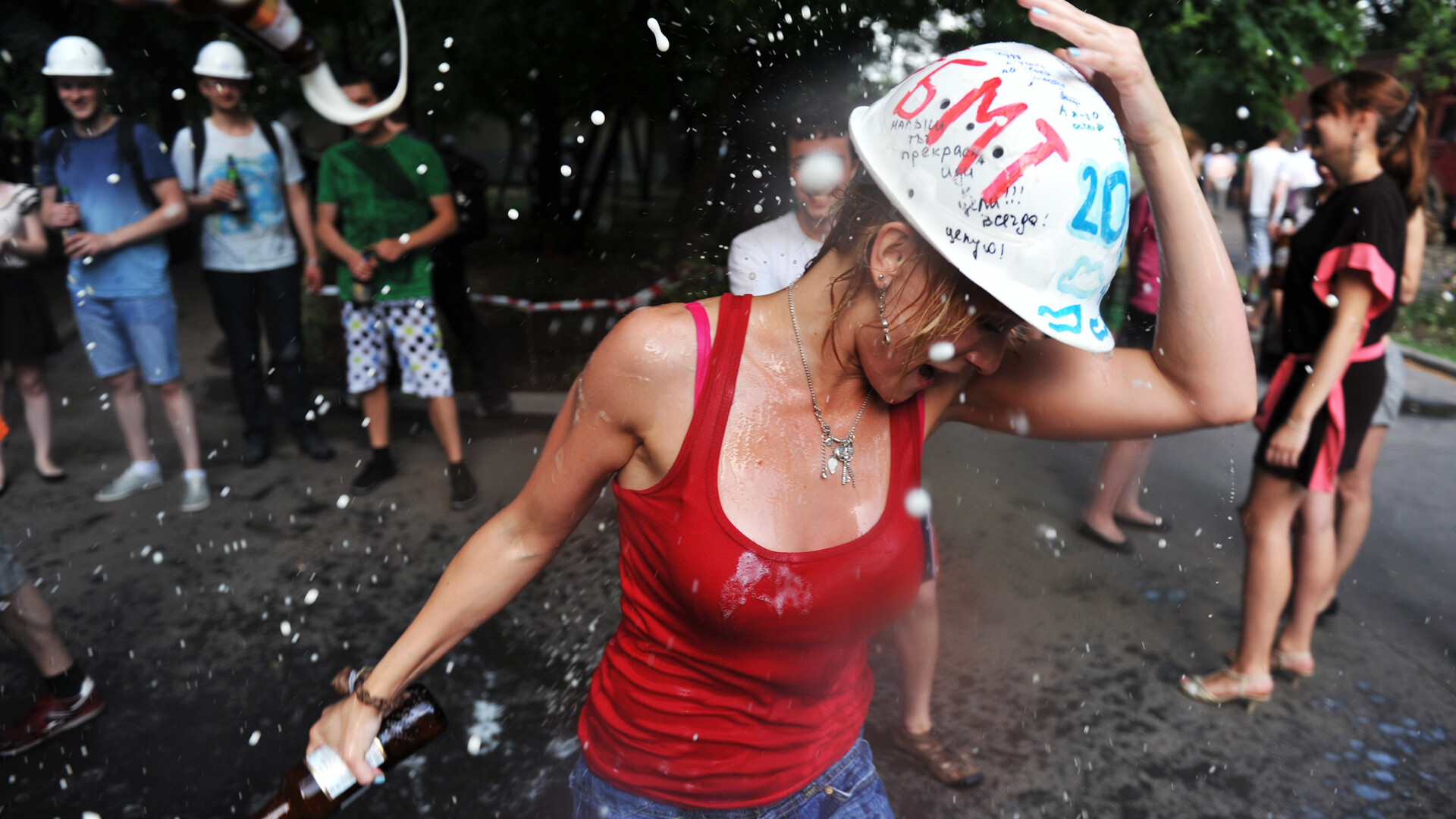 Alexander Utkin/Sputnik
If you see workbooks flying out of windows and bandages on monuments, it would seem that the season of graduation parties has started in Russia! 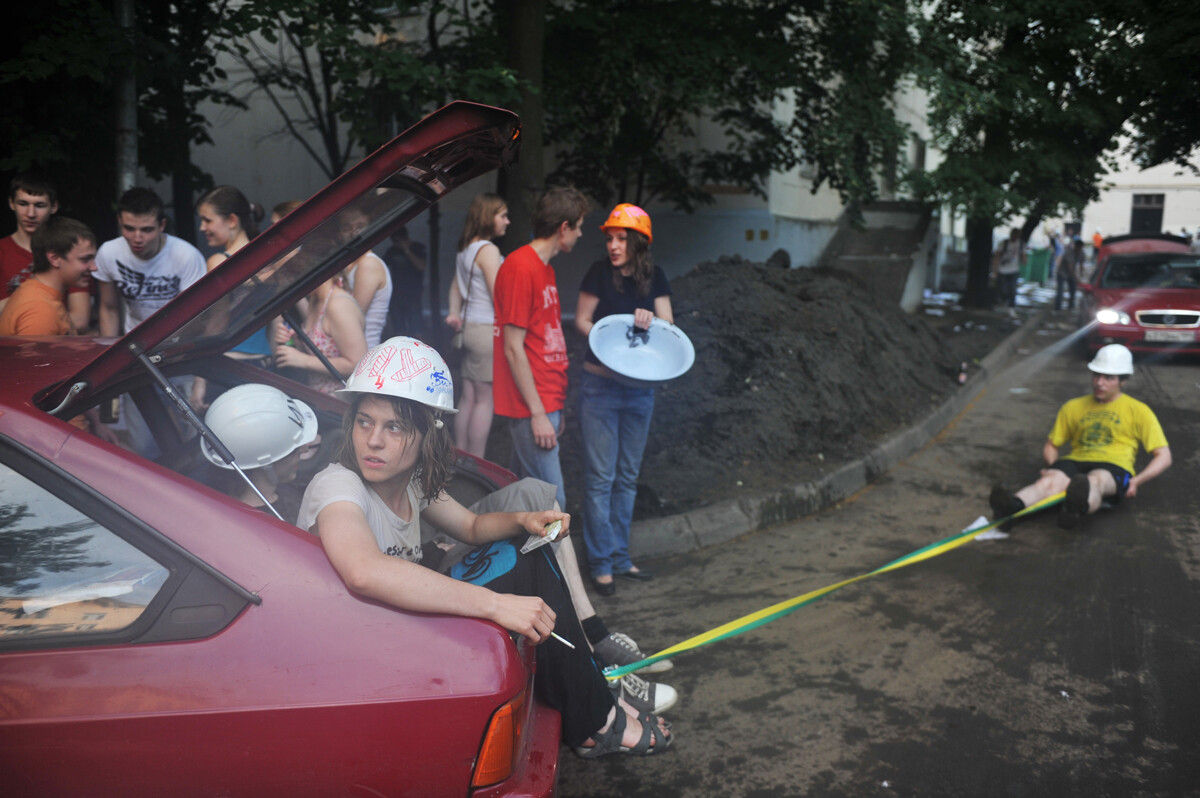 The most spectacular and well-known tradition is observed at the Bauman Moscow State Technical University. Future engineers pour beer, put on helmets, sit in a tin laundry basin with old lecture notes in them, ride down the dormitory stairs and then hitch the basin to a car and drive around the district until the basin is scraped clean through. Can you imagine the noise they make? In 2016, police officially banned such “entertainment”, tired of complaints from the locals, but graduates still continue to - at least - ride down the stairs. By the way, engineers used to graduate in the winter and the basins didn’t make so much noise on the snow.

Engineers at the Ural Federal University in Yekaterinburg also have a similar, crazy tradition. 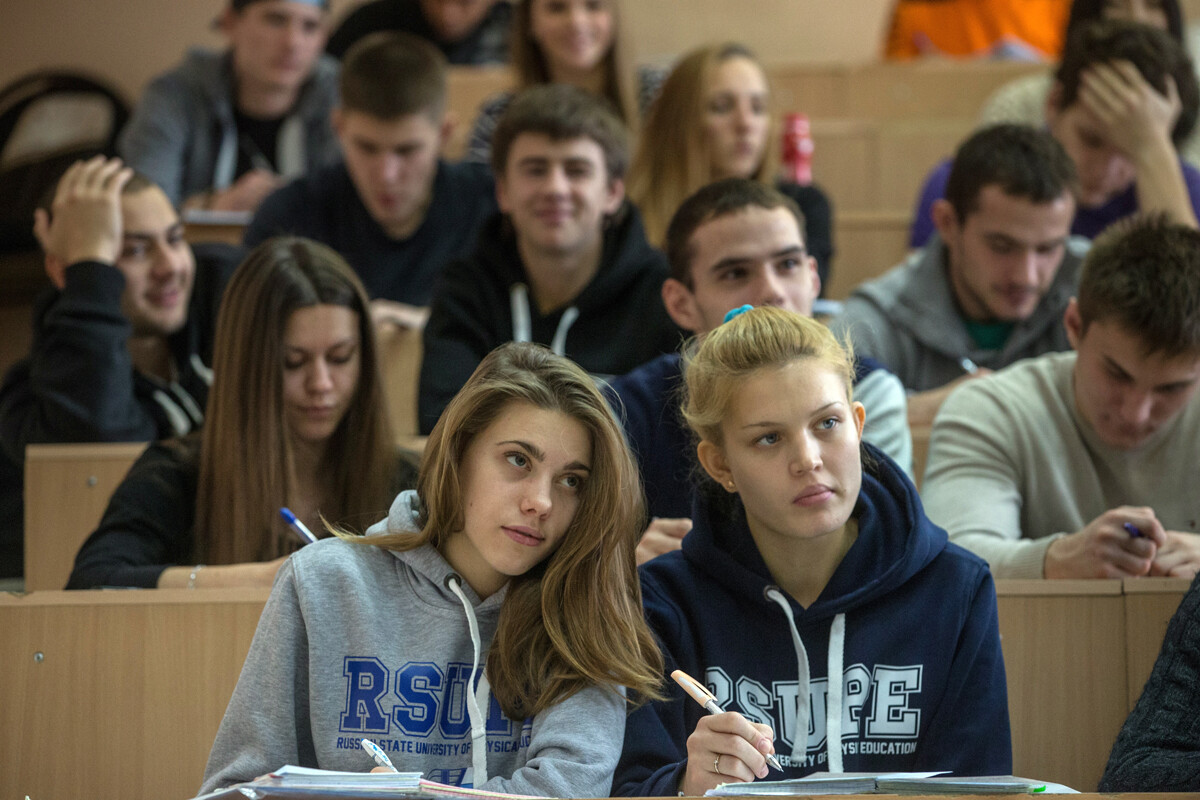 “There is such a tradition: near the dormitories, medical students make a huge bonfire and burn the notes on Latin, surgery, neurology and other scary classes,” says Alexander Vilyaev, who graduated from the Ural State Medical University in Yekaterinburg. Workbooks are also burned at Tomsk Polytechnic University. 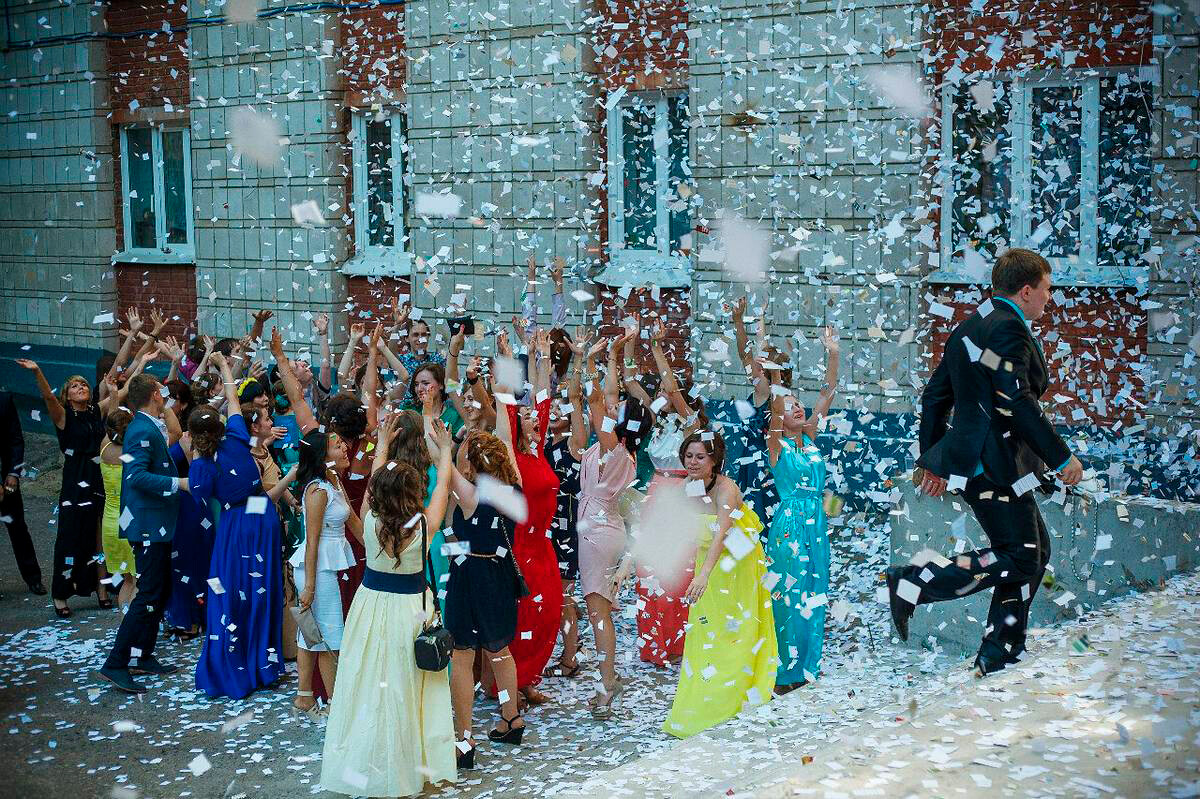 However, other graduates make it “rain” from their lecture notes: At the Siberian State Medical University in Tomsk, first-year students cut graduates’ workbooks into pieces and throw them out the windows. This somehow symbolizes the change of generations. 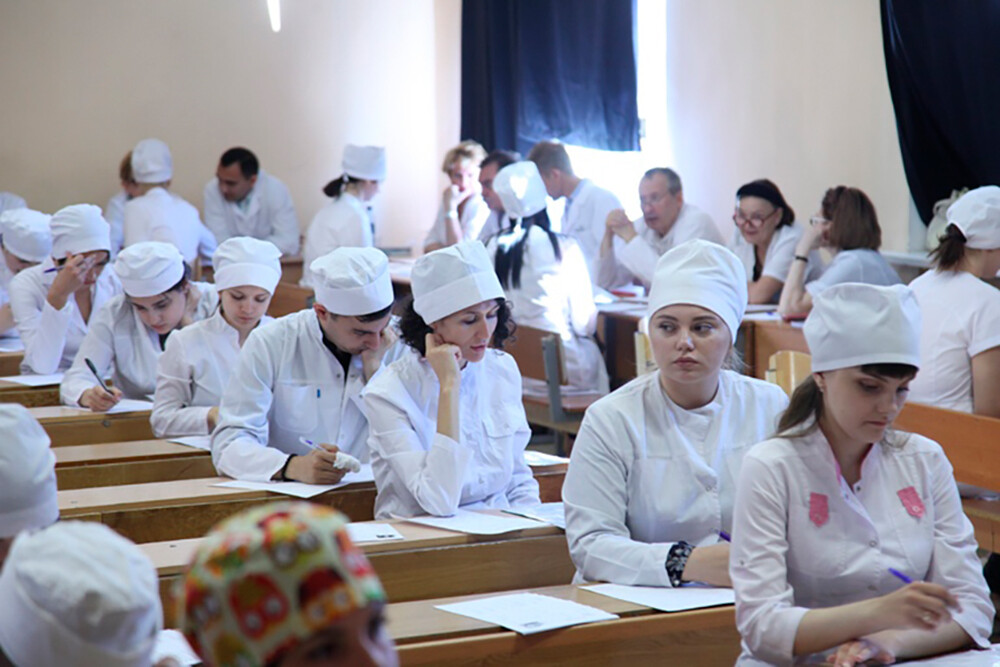 Medical students attend classes in gowns and, at the end of their studies, they have a tradition to symbolically get rid of their uniform. For example, at Volgograd State Medical University, graduates sign their gowns and then tear them into pieces and everyone keeps a piece as memorabilia. 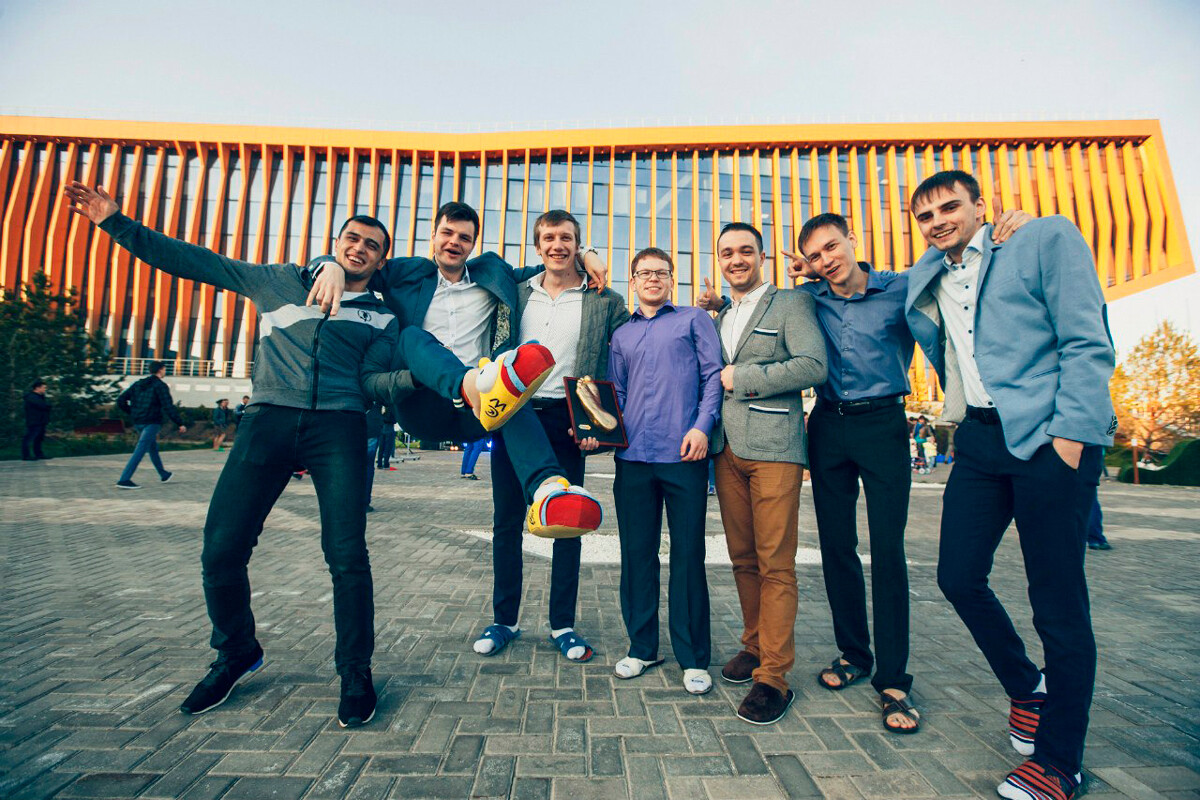 At Innopolis University near Kazan, the dormitory is connected to the academic buildings and students can come to lectures literally in slippers, which some actually do! A few years ago, students came in their slippers to the gala ceremony, while other guests observed “black tie”. After that, the university decided to hold an annual ‘Slippers of the Year’ party to celebrate graduation. And students are also awarded with a cast of the rector’s leg “For outstanding non-academic achievement”.

6. Wrapping a monument in bandages 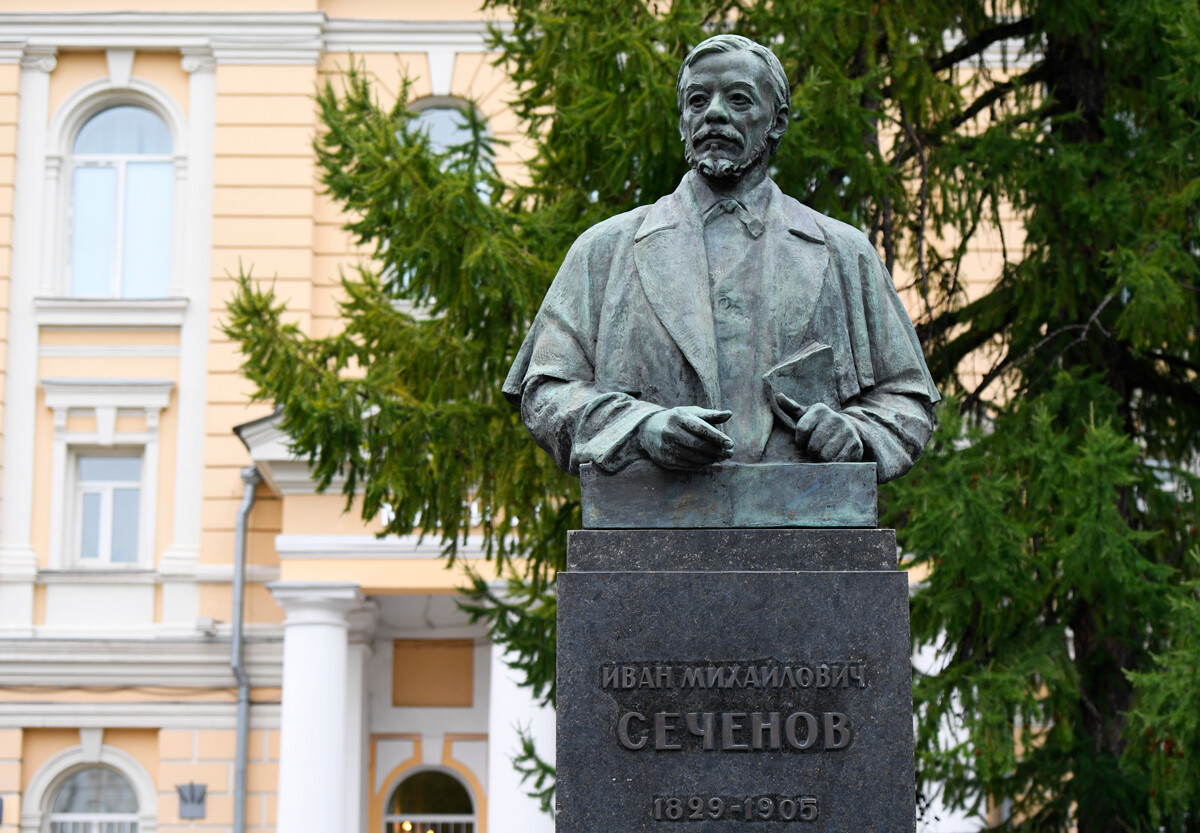 Nikolai Pirogov and Ivan Sechenov are legendary Russian doctors who made an enormous contribution to the development of medicine. In Moscow, monuments to these doctors stand next to each other and medical graduates give them “emergency aid” by putting on medical hats and wrapping bandages around them. Sometimes they use toilet paper instead!

7. Dressing the monument with a sailor’s uniform 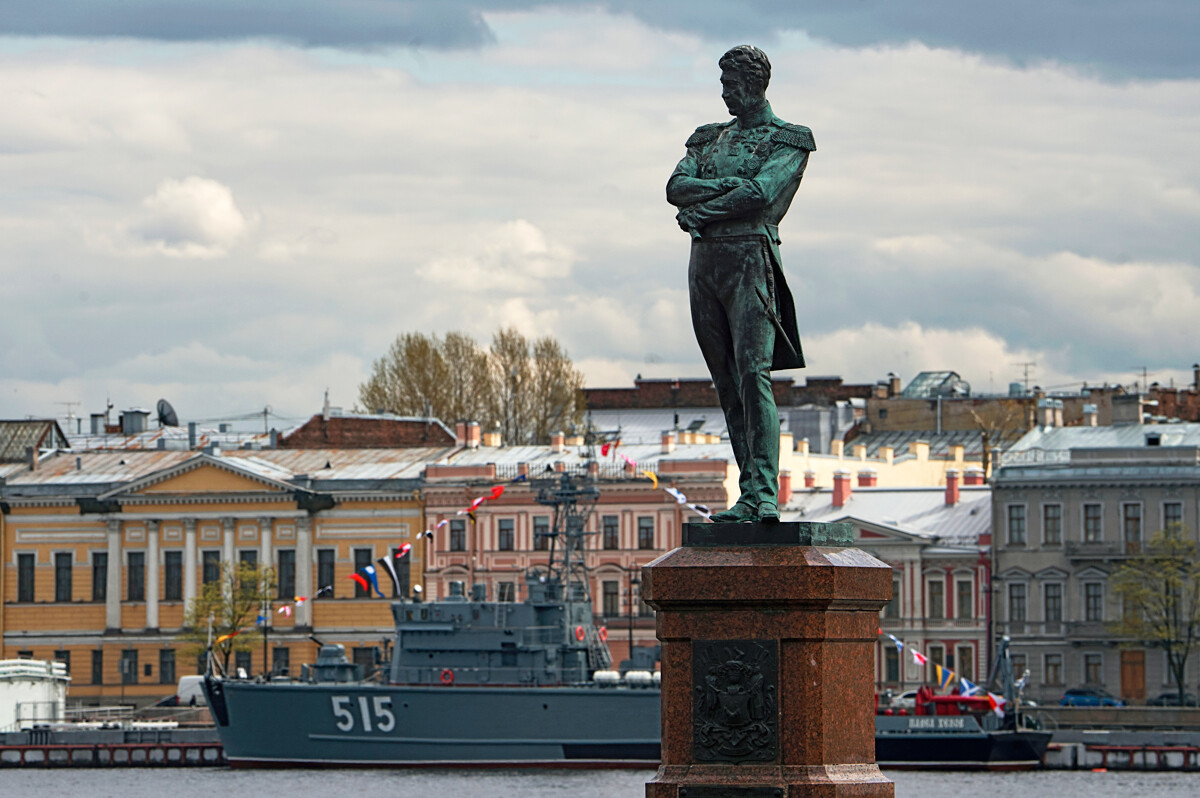 And graduates of the Frunze Naval School in St. Petersburg dress up the monument to the first Russian navigator Ivan Kruzenshtern, which stands on the Neva embankment, in a blue and white striped shirt (telnyashka). Also, the telnyashka is given to Hercules Farnese in the Alexander Garden near the Admiralty, as well as the eagle on the Chesmenskaya Column in the town of Pushkin.