The origins of the Russian language 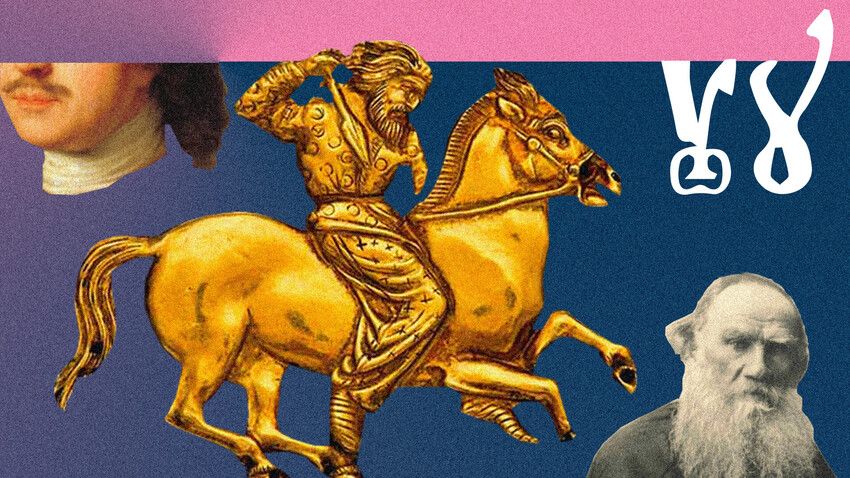 Alexander Kislov
What language did the ancestors of today's Russians speak? And would contemporary Russians have understood them?

The earliest ancestor of the Russian language is Proto-Indo-European, the predecessor of all the languages of the greater Indo-European family (including the Romance, Germanic, Slavic, Baltic, Celtic, Indo-Iranian, Greek, Albanian, Armenian and other languages). Proto-Indo-European was spoken by numerous tribes and peoples of prehistoric Eurasia, from the Eneolithic and Early Bronze Age to the first millennium BC. From those ancient times, Russian, like many other languages of the family, inherited its flexive system (inflection), many grammatical categories (case, gender, singular/plural in nouns, person, number, tense, active/passive voice, and mood in verbs), word order in phrases and sentences, and also its oldest lexical layer. You don't have to be a linguist to see evident similarities in the following Russian and English words, for instance: mat’ (mother), brat (brother), syn (son), doch (daughter), moloko (milk), d’en’ (day), noch (night), solnce (sun), boroda (beard), sol’ (salt), yabloko (apple), volk (wolf), voda (water), sn'eg (snow), novyi (new) or holodnyi (cold).

Proto-Indo-European had no written language. Since the 19th century researchers have been trying to reconstruct the language, and have achieved some success. You can learn what Proto-Indo-European roughly sounded like from Ridley Scott's blockbuster "Prometheus" (2012), in which the android David uses this language to communicate with one of the giant creators.

A language spoken by all Slavs

Of course, one shouldn't think that Proto-Indo-European was complete and uniform. On the contrary, it was a conglomeration of dialects evolving over several millennia. At some point the ancestor dialect of all Slav languages - Proto-Slavic - was particularly close to the Proto-Germanic and Proto-Baltic dialects (hence today's Lithuanian is especially close to the Slavic languages), and then it also separated from them. The Proto-Slavic language was spoken by Slav tribes and people all over their vast area in the first millennium BC up to the early Middle Ages (7th-8th centuries). Moreover, up to the 12th century the Slavic languages were very close to each other and mutually intelligible. 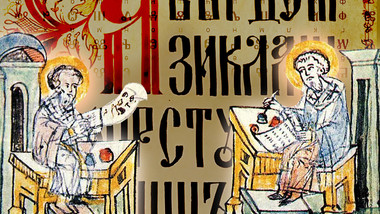 What do Russian and Old Slavonic have in common?

Proto-Slavic didn't have a written language either. Linguists have been reconstructing it since the 19th century, and a lot has been achieved in that time. Furthermore, an enormous amount of help has been provided by the first written language of the Slavs - Old Slavonic.

Is it possible to imagine what Proto-Slavic sounded like? Now it is. At present an international team led by Croatian producer Marin Cvetko is filming the TV series "Dōnāwi" ("The Danube") about events in the Balkans in the 6th century, in which you will be able to fully enjoy this language that’s spoken by many of the film's characters:

Finally, the closest chronological ancestor of the Russian language is Old Russian, the spoken and secular written language common to the forebears of Russians, Ukrainians and Belarusians. It is commonly accepted that it existed from the formation of Russian identity and the first Russian feudal state under the Rurikids in the 10th century up to the effective partition of their lands among Moscow, Novgorod and Lithuania towards the end of the 15th century.

In the western Russian lands that came under Lithuanian rule (the territories of present-day Belarus, Ukraine and part of the Russian Federation) the "Russian language" ( as it was known) continued to function as one of the official state languages right up to the end of the 17th century, absorbing Polish borrowings and features of local dialects. At the same time, dynamic cultural contacts existed between Moscow and Lithuania, and so it can be said that the late Old Russian period continued almost until the start of the 18th century and Peter the Great's language reform. 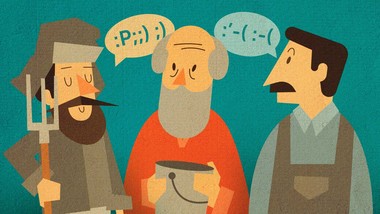 Can Russians from different parts of the country understand each other?

Since then, the Russian language in a form close to its modern version started evolving intensively throughout the Empire, and a Ukrainian and Belorussian literary language appeared on the territories of present-day Belarus and Ukraine in the 19th century, although the above-mentioned languages only acquired these "non-Russian" linguonyms in the 20th century.

The Old Russian period of the Russian language's existence saw the conclusive formation of its grammatical and phonetic system and the shaping of its East Slavic lexical layer - words which in Russian, Ukrainian and Belorussian sound roughly the same: d’ad’a (uncle), usy (whiskers), lob (brow), sumka (bag), b’elka (squirrel), kol’aska (carriage), kip’at’it’ (to boil), stuchat’ (to knock), and so on.

Old Russian was, of course, already a written language, and thousands of remnants of it have survived to this day, beginning with even the earliest period: official documents, writings in the margins of books, inscriptions, graffiti, and fragments of Old Russian in chronicles and other texts written in Old Church Slavonic (insert link to article on Old Church Slavonic).

Despite the fact that Old Russian has been well researched, it is still not properly represented in contemporary scholarship. It can be heard, inter alia, on the channel of the well-known Russian linguist, Mikitko syn Alexeev (Mikitko son of Alexey).

By tradition, films on historical subjects in Soviet and Russian cinema employ contemporary Russian with a few lexical insertions of Old Russian vocabulary, as was the case in the famous Soviet comedy "Ivan Vasilievich Changes Profession".

By and large, people living in Russia today have a good understanding of the Russian language in the form in which it existed towards the end of the 18th century. Although Russian has changed significantly in the last 200 years or so, it can confidently be said that it is the same language as that in which Dostoevsky and Tolstoy wrote.