70 years ago: 7 Stalin's skyscrapers laid at the same time in Moscow 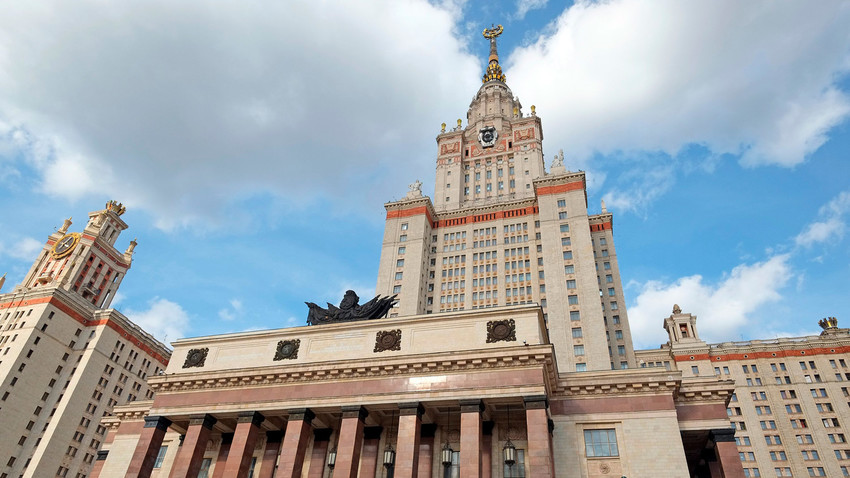 Wikipedia.org
They are known as Seven Sisters.

In early 1947, the Council of Ministers adopted a resolution for the construction of seven skyscrapers. On Sept. 7 ahead of the celebration of Moscow’s 800th anniversary, at exactly 1:00 pm, the first stone was laid in a special ceremony.

The first Moscow skyscraper was completed in 1949, followed every three to five years by all but one of the remaining six. Later known as the Seven Sisters, these buildings are famous monuments of the “Stalinist-Gothic” style the defining symbols of Moscow. They are the Moscow State University (240 m.) on Sparrow Hills; the Ministry of Transportation; two residential buildings; the Hotel Ukraine; and the youngest of the sisters, the Hotel Leningrad (135 m).

The construction of the skyscrapers was completed under Khrushchev. But the most impressive skyscraper of all (number eight), which was supposed to be located next to Red Square, was scrapped. The construction of the 420 meter-tall Palace of the Soviets was meant to be crowned with a 100 meter-tall statue of Lenin, but construction was suspended during the war. In place of the palace, an enormous outdoor heated swimming pool was built. In the 1990s, the pool was replaced by the Cathedral of Christ the Savior (the original cathedral was pulled down by Stalin in 1931).

Russian architecture On this day