How a Prince's passion led to the foundation of Moscow 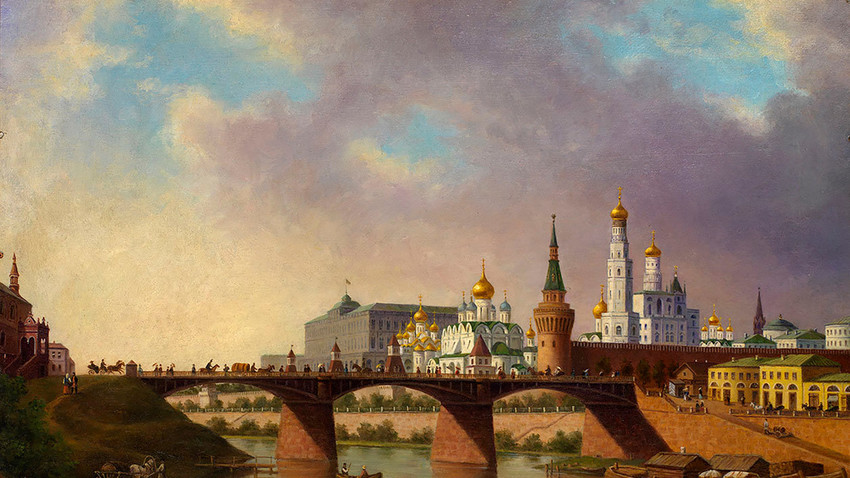 pastvu.com/Joseph Andreas Weiss
Romance, jealousy and rival’s death all played a part in the founding of the Russian capital. Let's see how it all started with a city that mid-September celebrates its 870th anniversary.

Moscow was built as a result of a heated conflict between a suzerain and a vassal, and the passionate nature of its first rulers helped the city to rise.

The foundation of Moscow is traditionally credited to Prince Yuri Dolgoruky (Long-Armed) of Suzdal. The traditional date for the founding of the city has long been considered 1147. It is in this year that Moscow is mentioned in Russian chronicles for the first time as a place of meeting of Prince Yuri with another ruler of one of the multiple Russian principalities that in those days were in constant dispute. 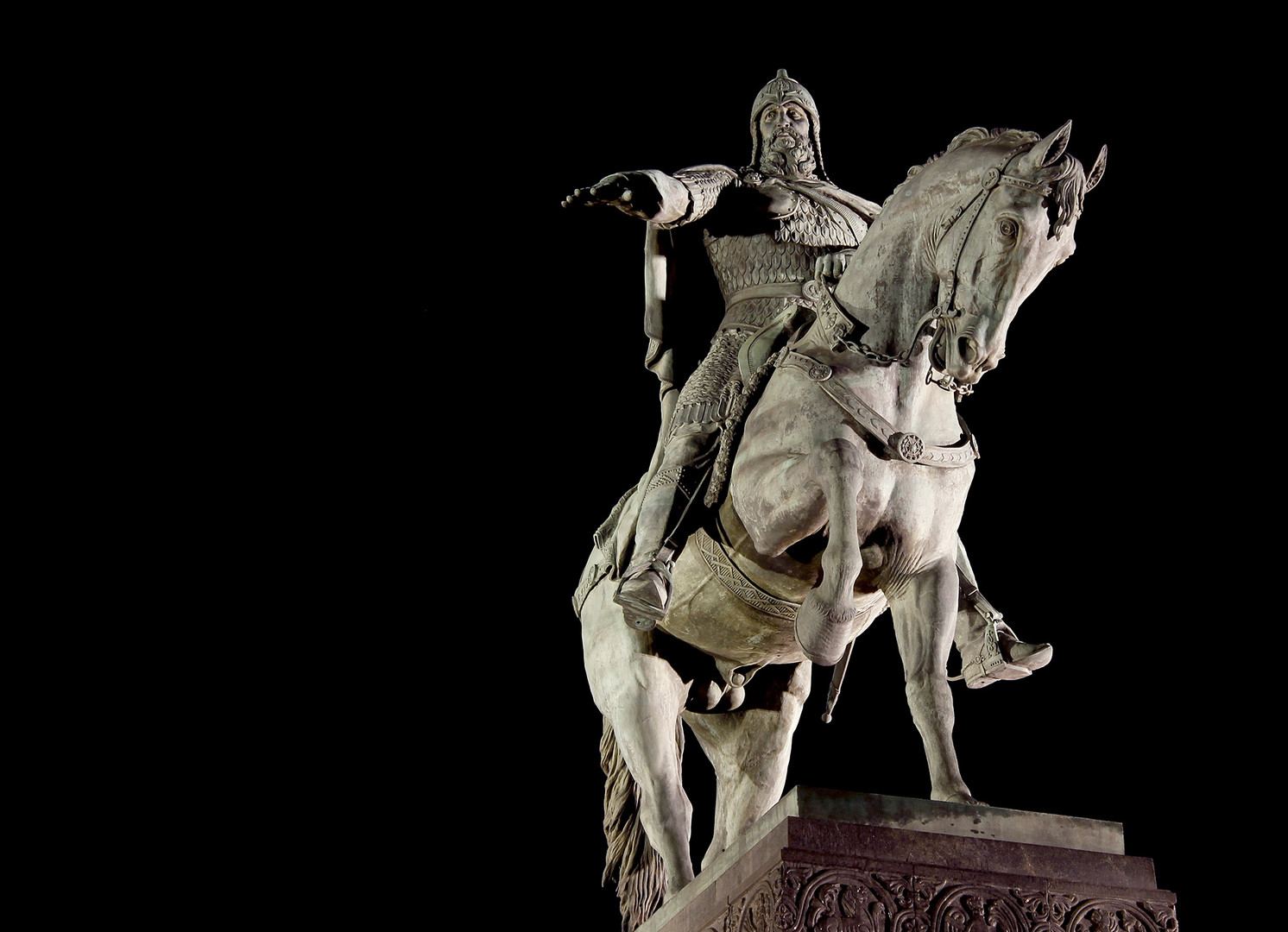 However, initially, the land and villages situated where Moscow is today situated did not belong to the prince. It was the property of boyar (nobleman) Kuchka and was referred to as Kuchkovo. Kuchka fell from Dolgoruky’s grace and was sentenced to death and confiscation of all landholdings.

According to some accounts that we know of only from the writings of famous 18th century Russian historian Vasiliy Tatishchev, there is a love affair at the heart of this story. According to Tatishchev, Kuchka’s wife was Dolgoruky's lover. When the prince left on a military campaign Kuchka stayed at home and imprisoned his own spouse, planning to leave the prince entirely and escape to Dolgoruky’s foes in Kiev. However, the prince was told about his lover’s imprisonment, became enraged, returned and executed the nobleman.

Kuchka’s children were taken to the court of Dolgoruky’s son Andrey, a famous statesman in ancient Rus’ who became Yuri’s successor. It is believed that they never forgot about the fate of their father and had their revenge when they later plotted to murder Andrey. 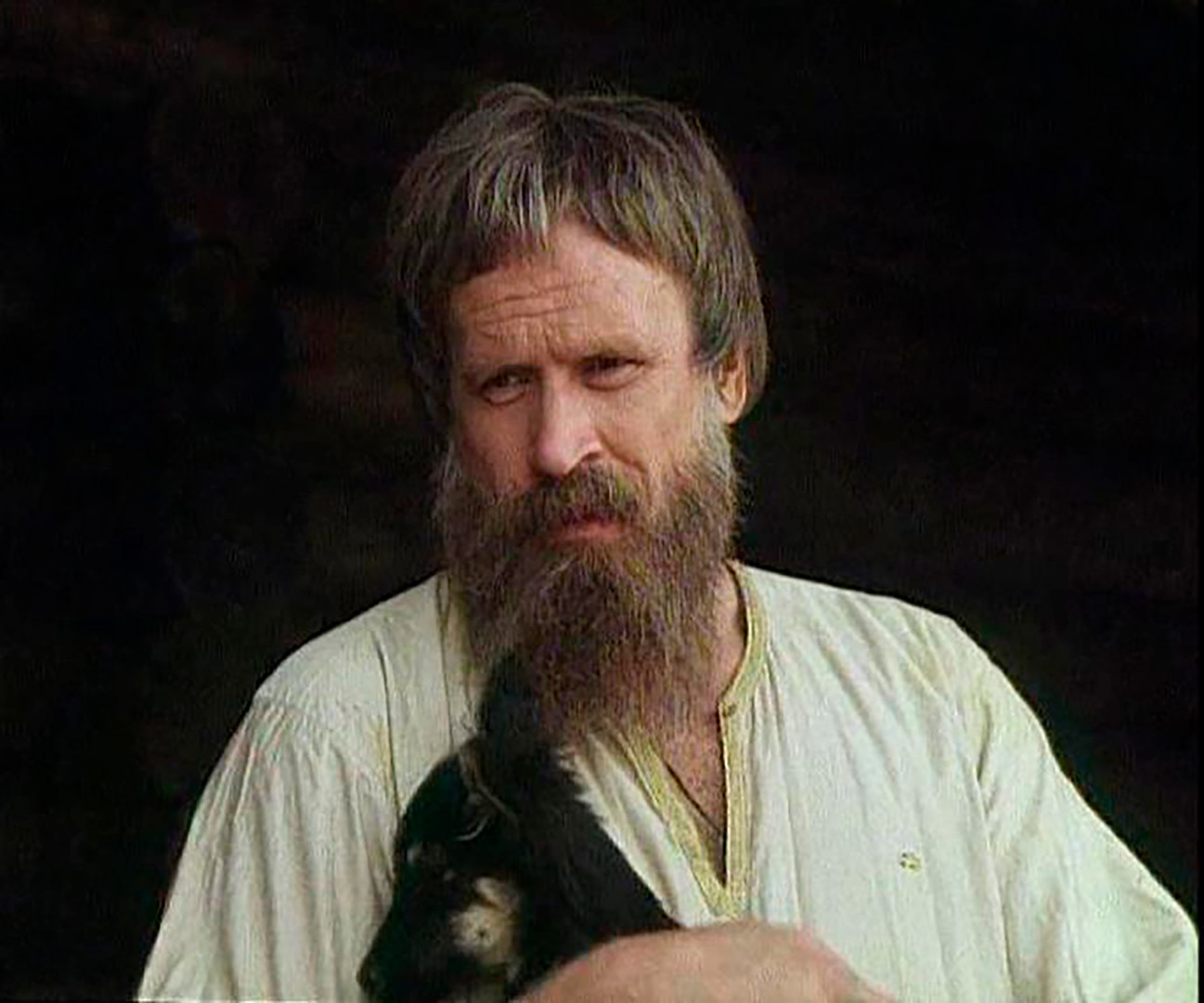 Boyar Kuchka. A frame from the Yuri Dolgoruky movie (1998).

The nobleman’s name was connected to Moscow for a long time afterward. Until the 15th century, there was a district in the center of Moscow that was called Kuchkovo Pole (Kuchka’s field).

Before these events, when Prince Yury was still in charge, he built a wooden fortress on the spot where the Kremlin is now. The fortress was not big, with a perimeter of about 500 meters, and was supposed to defend Suzdal principality from attacks of its neighbors in the west.

The place where Moscow was founded was at the crossroads of important trade routes of the time. This helped ensure the city grew in size and importance. 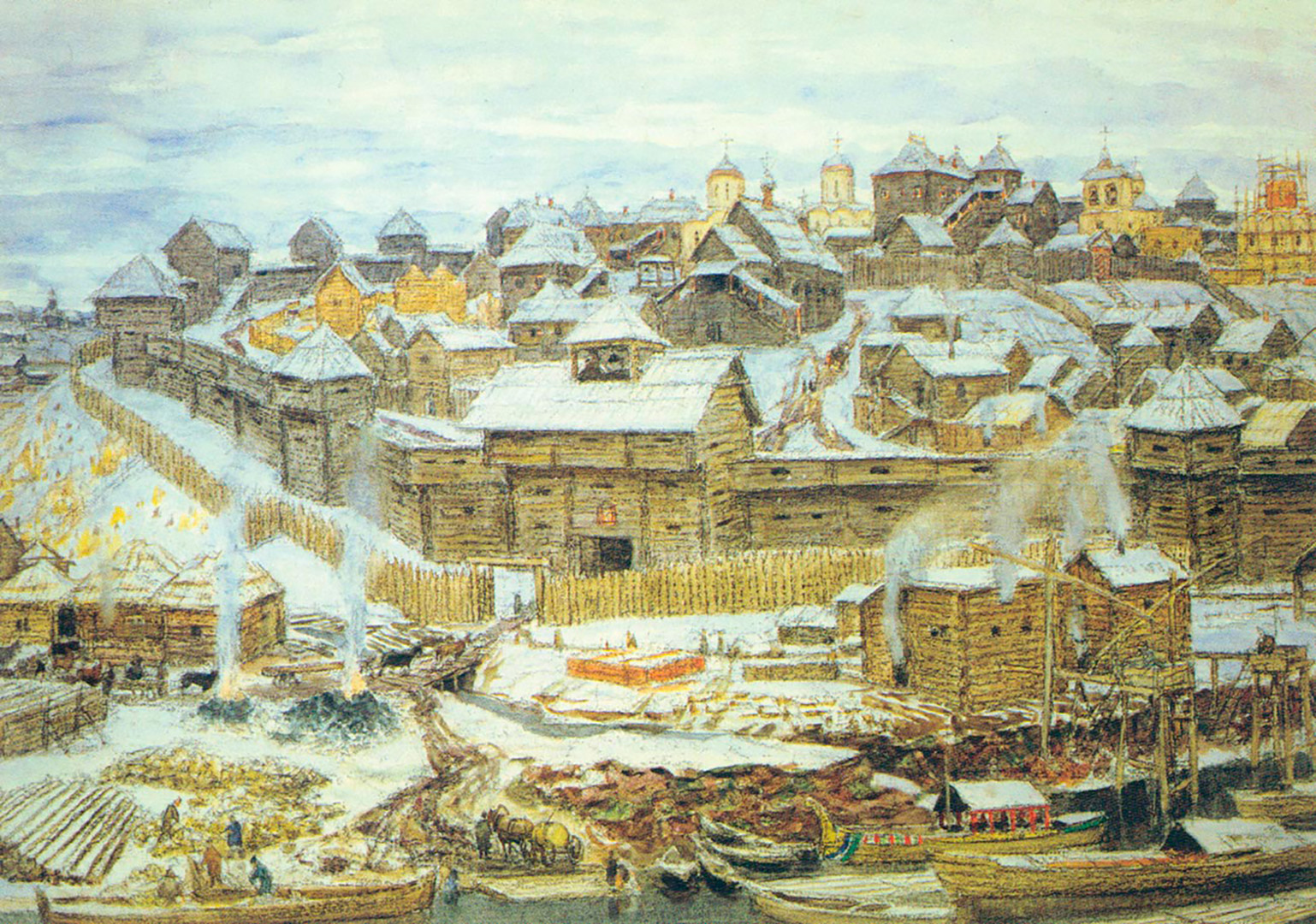 According to archeologists, some settlements on the territory of Moscow were already in existence around a 1,000 BC. Most probably, they belonged to Finno-Ugric people. In the 9th century AD they were replaced by the Slavs.

These are Finno-Ugric languages from which some researchers derive the meaning of the word “Moscow”. In general, there is a consensus that the city was named after the river that has the same name. But where does the river’s name come from?

According to historian Stefan Kuznetsov, the roots of “Moscow” are in Finno-Ugric Maska (bear) and Ava (dam). Hence, Moscow was a place of she-bears that could have been a totem animal of the tribes that lived there.

Supporters of Slavic and Baltic origins of “Moscow” tend to connect it to ancient words that stand for “wet” and “marshy", due to the conditions of the territory. Many in medieval Russia tied the name of their capital to Meshech or Mosoch, one of the sons of the legendary Noah, thus incorporating Russian history into a wider world context.

Having been founded in the middle of the 12th century, within 200 years Moscow had become an uncontested leader among Russian principalities at the time of the Mongol domination of Rus’. This blistering rise still puzzles historians. The main factor here is usually connected with geography. The city and the principality around it were situated right in the center of Russian territory and were protected from external enemies by other entities and also benefited from lively trade routes. 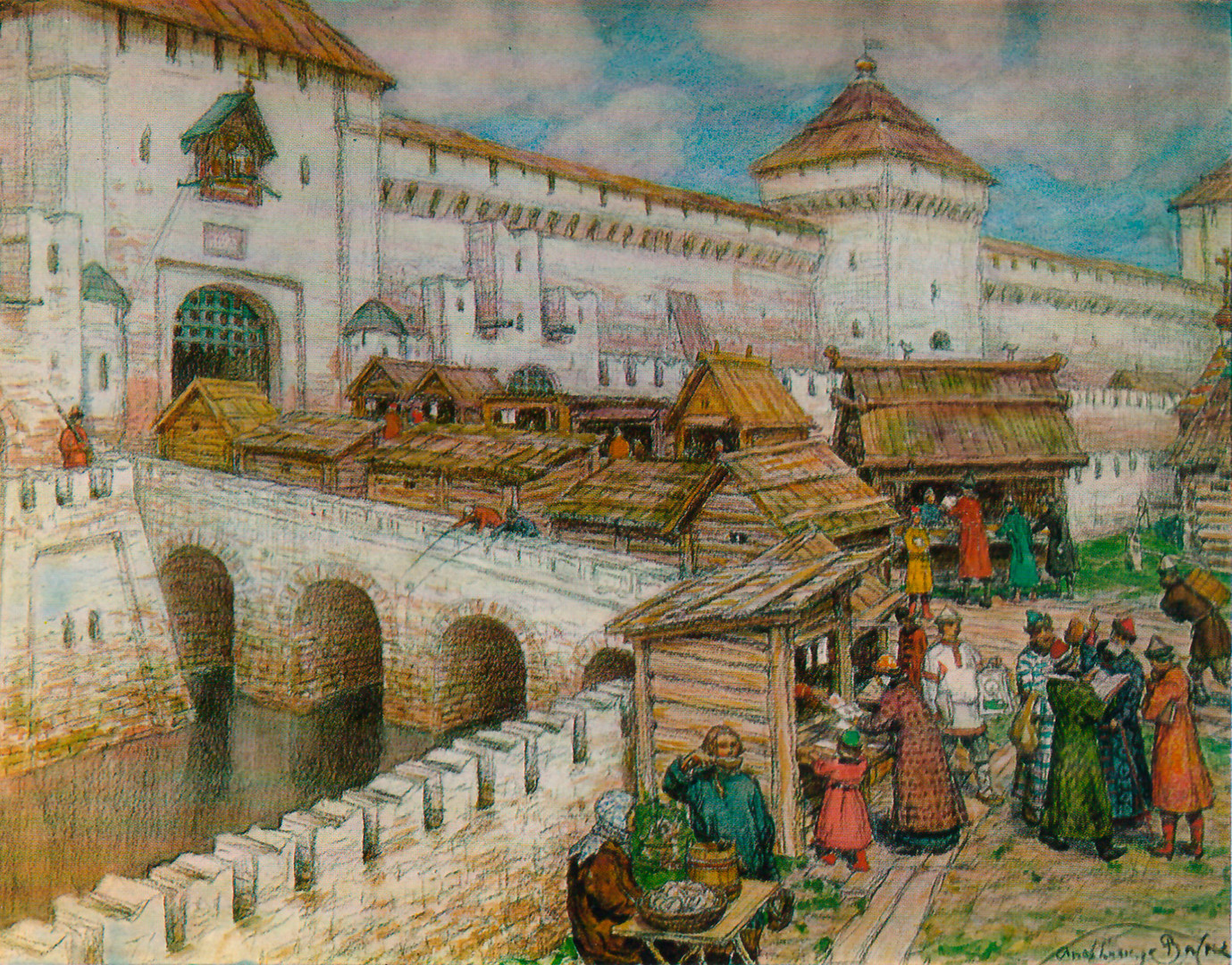 Bookstores on the Spassky Bridge in the 17 century.

However, there is also another reason. At first, Moscow was small and peripheral and its rulers, realizing this, understood that they could only rely on their own initiative and, using contemporary terminology, their entrepreneurial spirit. The latter became a driving force behind Moscow’s rise.