83 years ago: The Soviet Union joined the League of Nations 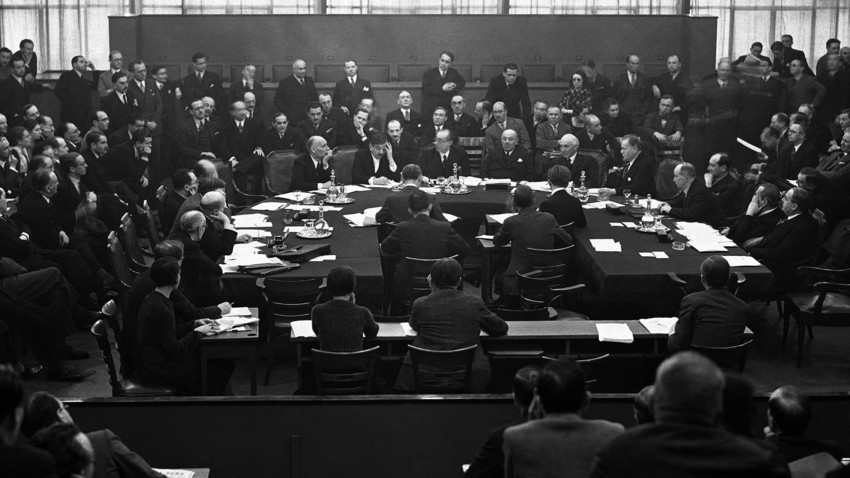 League of Nations Council at Geneva.

Len Putnam/AP
The organization was the predecessor of the United Nations.

The League of Nations was the international organization founded in 1919-1920 to preserve order in the world. The official languages were French, English and Spanish.

A total of 63 countries were members of the League of Nations from 1920 to 1946. However, the U.S. never was a member. Germany, Italy and Japan were expelled from the League because of non-compliance with the Treaty of Versailles.

On Sept. 15, 1934, on France’s initiative 30 member countries proposed the USSR to join the League. On Sept. 18, 1934, the Soviet Union accepted the offer and joined as a permanent member of the Council. Even before this, the country worked closely with various committees of the League of Nations on a wide range of international issues.

However, on Dec. 14, 1939 the USSR was expelled from League of Nations for acts "against the Finnish state." The Soviet Union responded to its exclusion with a TASS statement on Dec. 16, indicating that only 7 of the 15 members of the Council voted for such decision, and three of them were elected just the day before. The remaining eight members abstained (including Finland itself), or were absent. Thus, the League of Nations violated its Charter provisions.

The League of Nations failed to prevent the invasion of Manchuria by Japan, and the annexation of Ethiopia by Italy in 1936, as well as the Anschluss of Austria by Hitler in 1938. The League ceased activities in 1940, and officially was liquidated on April 20, 1946. Its assets and liabilities were transferred to the UN.