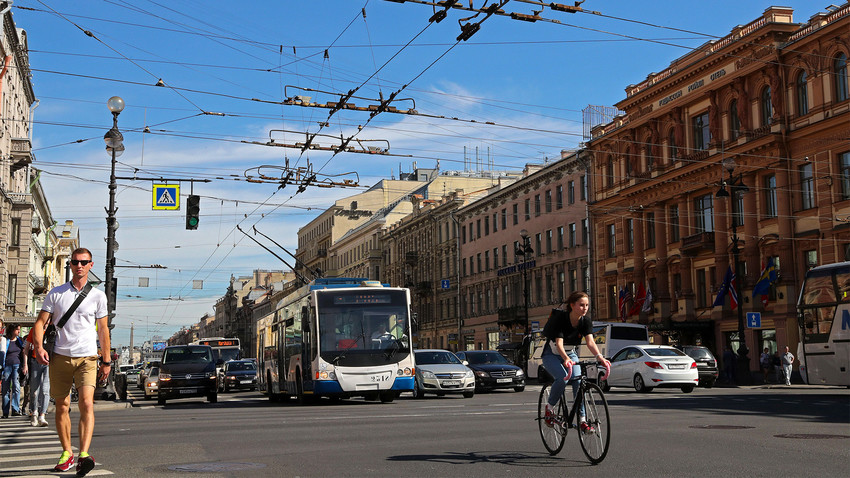 A trolleybus on Nevsky Prospect

St. Petersburg’s very first trolleybus crossed the 4.5 km Nevsky Prospect, the city's main street, on Oct. 21, 1936. New lines were opened in the years succeeding that, but the Second World War halted development, and the trolleybus system didn't operate fully until the end of Siege of Leningrad.

The trolleybus system was then developed to the highest standard by the Soviet government, and by the year 1990 there were around 1320 trolleybuses in St. Petersburg transporting over 565 million passengers annually. There are now only 640 trolleybuses, covering 50 routes. The price of one ride currently stands at 40 rubles ($0.70).

There is even a Museum of Electrical Transport on Vasilyevsky Island.