The barge haulers: Why did Russians drag ships upstream? 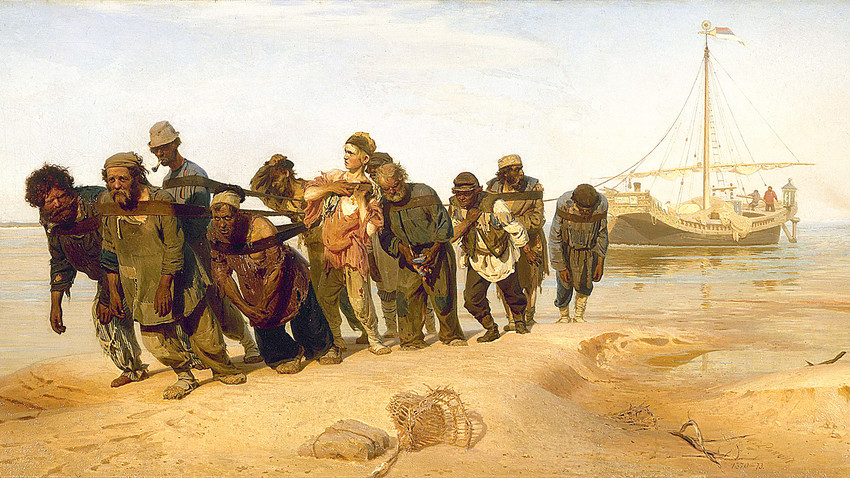 State Russian Museum, St. Petersburg
Next time you find yourself complaining about a delayed flight, just remember how people travelled in the 19th century.

You’ve probably seen the famous painting, Barge Haulers on the Volga, by Russian artist, Ilya Repin. Why do you think they’re doing this? Why do these exhausted men work like slaves pulling a ship upstream? Why don’t these poor lads just use paddles or sails? Let's find out.

Who were the barge haulers?

Known in Russian as , their main job was to drag sailing ships against the flow of the river. Usually, they pulled flat-bottomed cargo boats that were 30-50 meters long. This hard work was seasonal – in fall and spring 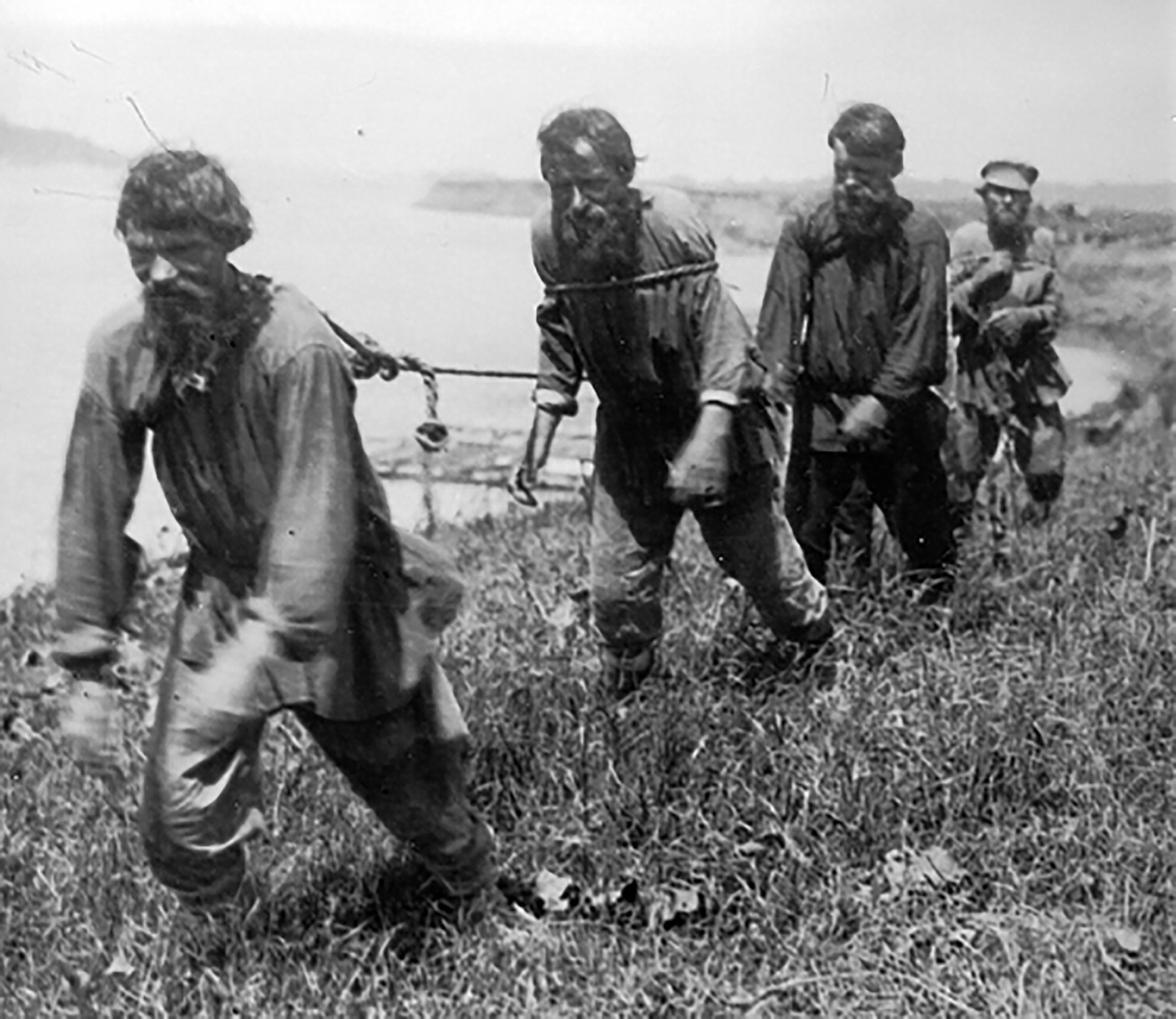 Photo of barge haulers on the Volga, 1900s

a fair wind helped the to move ships quickly, but the work was grueling and people signed up for it only because they desperately needed money. While this work seemed exploitative, it was not slavery. The were paid, and they even had unions, known as , in order to work more efficiently.

To make their job less stressful, the raised their spirits by singing, and Dubinushka was their favorite song, later becoming popular with the revolutionary working class

service was in great demand from the 16th to the 20th century, and there are even photos dating from the early 1900s of women dragging ships. The profession, however, became obsolete with the appearance of steam vessels, and the Soviet government officially banned the in 1929.

What was the most important river?

The Volga River gave the the most amount of work. The town of Rybinsk on the Volga was unofficially called 'capital of the .' As a large commercial and logistics center, Rybinsk attracted a large number of workers – not only but also ship loaders, porters, wagon coachmen and many others. 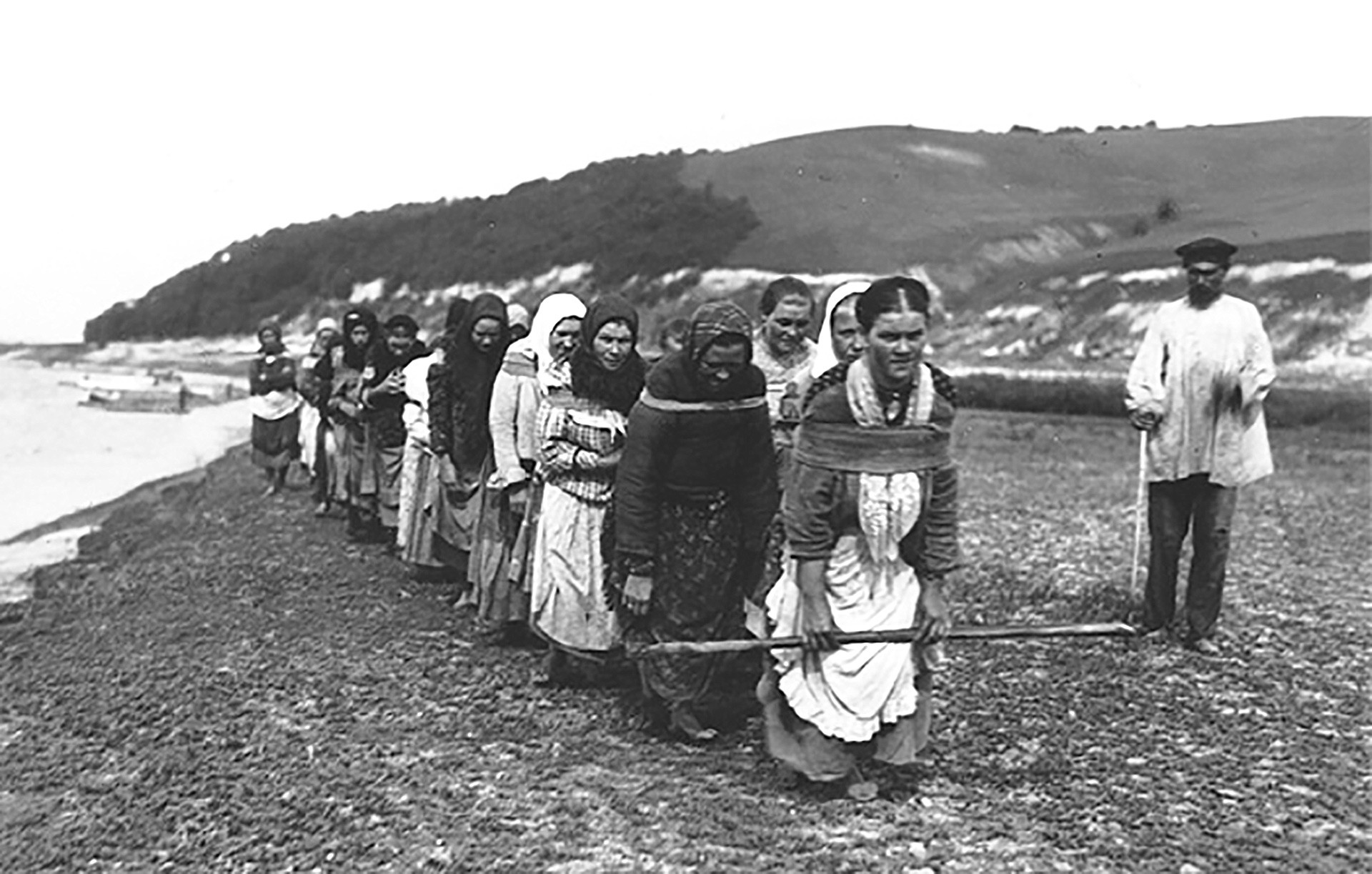 When Ilya Repin first saw the that image of them toiling was seared into his mind; the contrast of human suffering and the surrounding natural beauty. He made dozens of sketches in order to find the right way to best depict the , and before completing the famous painting he even made another, Haulers cross wade, (1872), which is now in the State Tretyakov Gallery in Moscow. Barge Haulerson the Volga is the State Russian Museum in St. Petersburg.

Critics praised the painting and compared its power to the novels of writer Nikolai Gogol – realistic and showing the unknown, dark side of the life of common folk, without any embellishment. Another prominent Russian writer, Fyodor Dostoevsky, also appreciated the painting in his collection of writings, Writer’s Diary, calling it a triumph of truth in art

contemporary historians, however, say that Repin incorrectly depicted the boat dragging in order to create a more dramatic image. In fact, people dragging a boat going upstream along a river bank was an extreme situation for . Most of the work was done without leaving the boat.

First, several people in a small boat paddled upstream with an anchor tied to a rope and threw it in the water as far as possible. Then, the  pulled this rope tied to a big revolving barrel in the center of the deck, moving the ship in the desired direction. Obviously, they used sails when the wind blew in the same direction as the ship.

Repin was not the only artist to immortalize the , and there are other excellent paintings depicting this topic. For example, Burlaki by Vasily Vereshchagin was made in 1866, six years earlier than Repin’s masterpiece. A year before Repin, however, another artist, Alexey Savrosov, painted his Volga under Yurievets, which also depicts such hard labor.

Take our quiz: Would you be able to recognize the harsh social commentary in these Russian paintings?