The Tsar Bell: How Russian craftsmen made the impossible 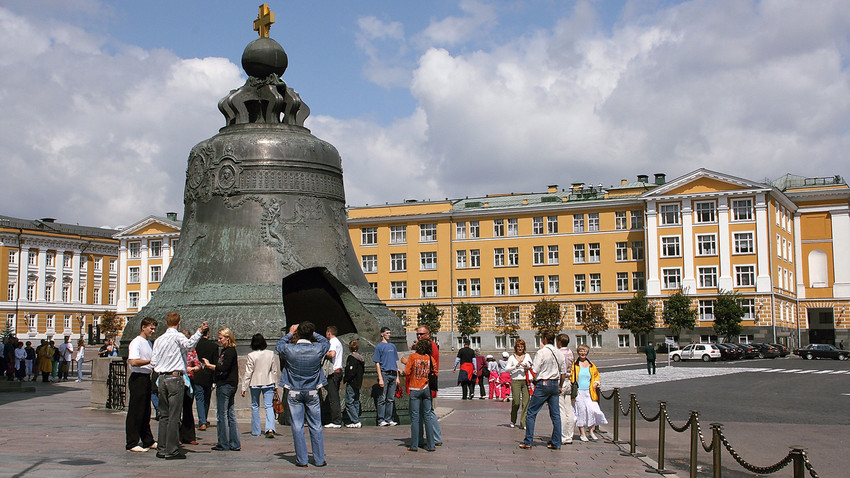 The Tsar Bell at the Moscow Kremlin

Chromorange/Global Look Press
The Tsar Bell is the biggest bell in the world and is kept at the Kremlin in the same location as its royal companion, the Tsar Cannon. The bell has never been rung, but recently the sound that it would have made has been produced using a computer simulation.

There used to be a popular joke in Russia about Cannon that had never fired a shot and the Tsar Bell that had never been rung. While it seems the cannon was actually fired, it is true that the sound of the bell has never been heard. Nonetheless, the story of the gigantic bell remains unique and impressive.

The Tsar Bell was cast in the 18th century, and it is still the largest bell in the world. Weighing almost 202 tons with a height of more than six meters, it can be broken down into “small” pieces that still weigh more than 11 tons each.

The decision to cast this gigantic bell for the Kremlin was made by Empress Anna Ioannovna in 1730. By that time, a tradition of creating huge bells to be displayed in heart of Moscow was an established tradition. The bell requested by Anna Ioannovna was already the third of its kind. The first bell was cast in the early 17th century but was damaged in a fire. The second Tsar Bell was made in the middle of the same century, under Tsar Alexei I, but it suffered a similar fate when it crashed down and broke during another fire in 1701. The remnants of this second bell were used in the creation of the Tsar Bell.

The Tsar Bell, however, is much bigger than its predecessors. The first one weighed somewhere between 17 and 35 tons. While this may not seem that big when compared with the current bell, it’s worth noting that 24 people were needed just to move its hammer. And the bell that replaced the first one was weighed 130 tons! For Anna Ioannovna it seemed that even this was not large enough, and she ordered the next one to be more than one and a half times bigger. Russian monarchs obviously had a taste for gigantic things. 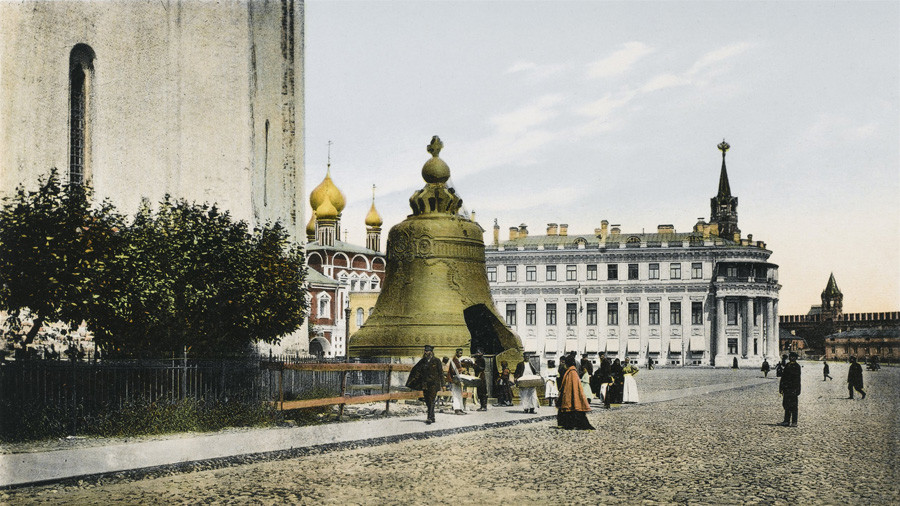 Kremlin's Imperial Square and the Tsar Bell in the early 1900s

It was decided to invite a foreign specialist to cast the bell. A famous French craftsman was offered the job but assumed it was a joke when he was told about the weight and size of the bell. So, specialists were found at home — Ivan Motorin and his son Mikhail.

To cast the bell, a huge pit 10-meters deep was dug close to the Kremlin. After one and a half years of preparatory work, the bell was finally cast in 1735. During this process, Ivan Motorin died, and the project continued under the supervision of his son.

Like the two bells before it, the Tsar Bell fell prey to fire. However, unlike its processors, this happened before the bell had even been finished or installed. This happened in 1737 when, as a result of a fire, the bell fell from the supports it was sitting on, and a piece of it broke off. 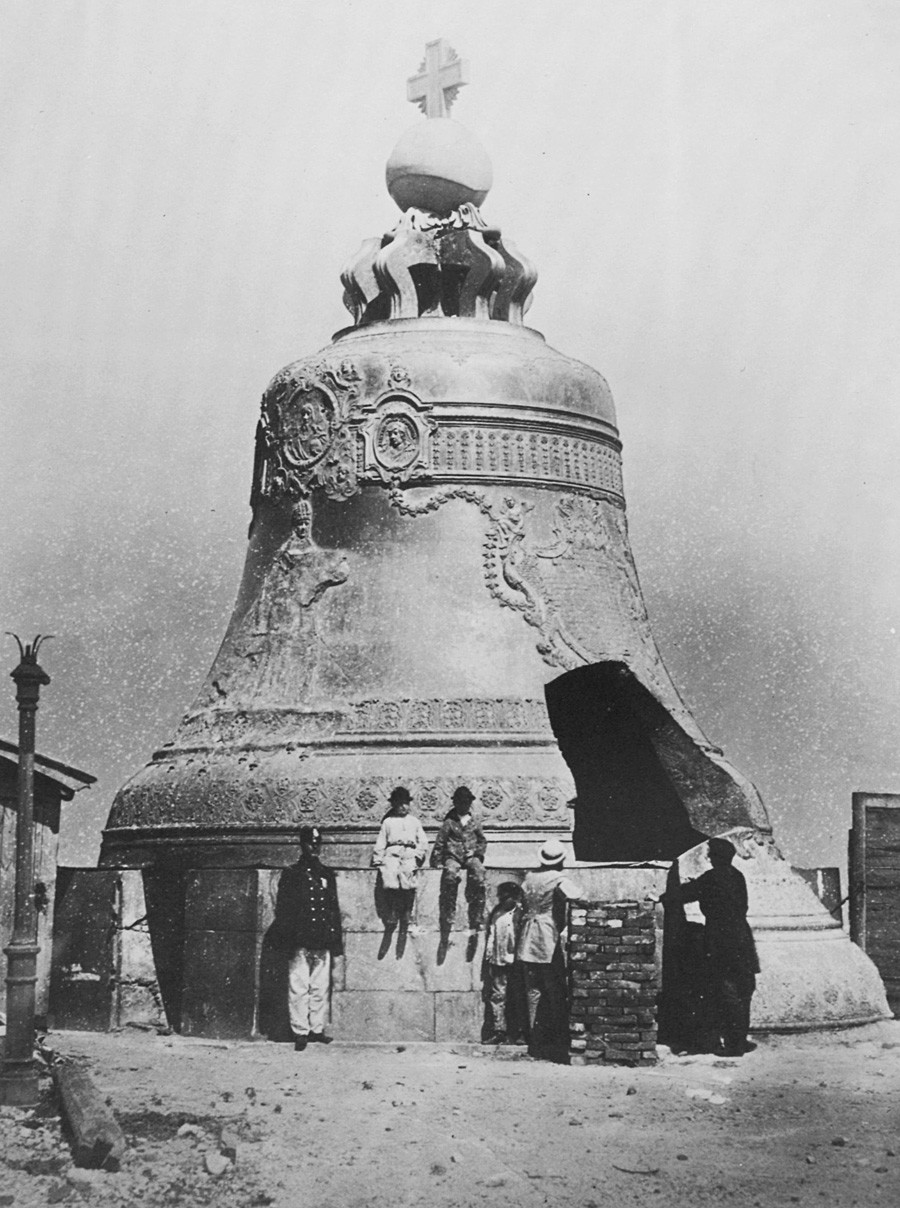 The Tsar Bell weighs 200 tons, with a height of 8 meters

After this, the bell remained in the pit for 100 years, because engineers could not figure out how to pull it out. In the early 19th century, Tsar Alexander I ordered that a ladder built down to the bell so that those who were curious could have a good look. The bell was skillfully decorated, with figures of Empress Anna and Tsar Alexei engraved on it. Only in the 1830s did the famous French architect Auguste de Montferrand, who built Saint Isaac’s Cathedral in Saint-Petersburg, design a plan to raise the Tsar Bell from its pit. Finally, this was done, and the bell was placed on a pedestal in the Kremlin.

The sound of the Tsar Bell

It was suggested that the piece of the bell that had broken off could be reattached, and it would be possible to try using the bell for its original purpose. These ideas, however, were rejected when it was decided that the bell would not be able to ring normally, due to the damage.

In 2016, a group of researchers in the United States used a computer simulation to create the sound that the Tsar Bell would have made. To carry out their simulation the scientists calculated the thickness, shape, and materials of the bell. The sound of the Tsar Bell was produced at the University of California’s Berkeley campus.