Kremlin stars: Symbols of the USSR turn 80, but will they stay?

History
Boris Egorov
Much has happened in the last eight decades, but the red stars on top of the Kremlin’s towers have survived. They are symbols of a bygone era and a reminder of the country’s communist past. Twenty-seven years after the fall of the Soviet Union they continue to shine, but the likes of the Orthodox Church want them taken down. 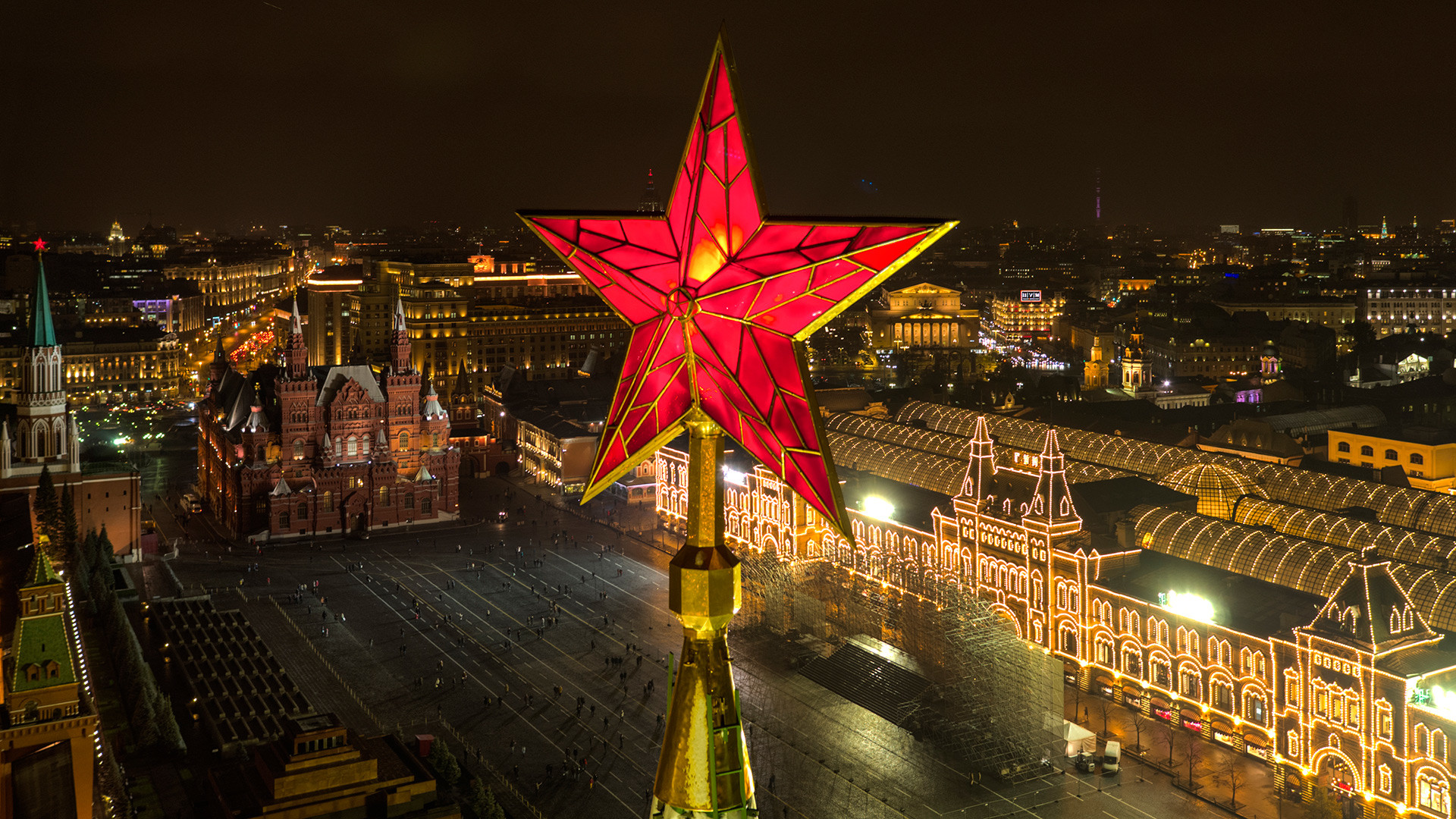 The five-tipped red star became one of the main Soviet symbols shortly after the communists seized power. Red was allocated to the color of the Revolution, and the five points symbolized the unity of the proletariat on the five continents. 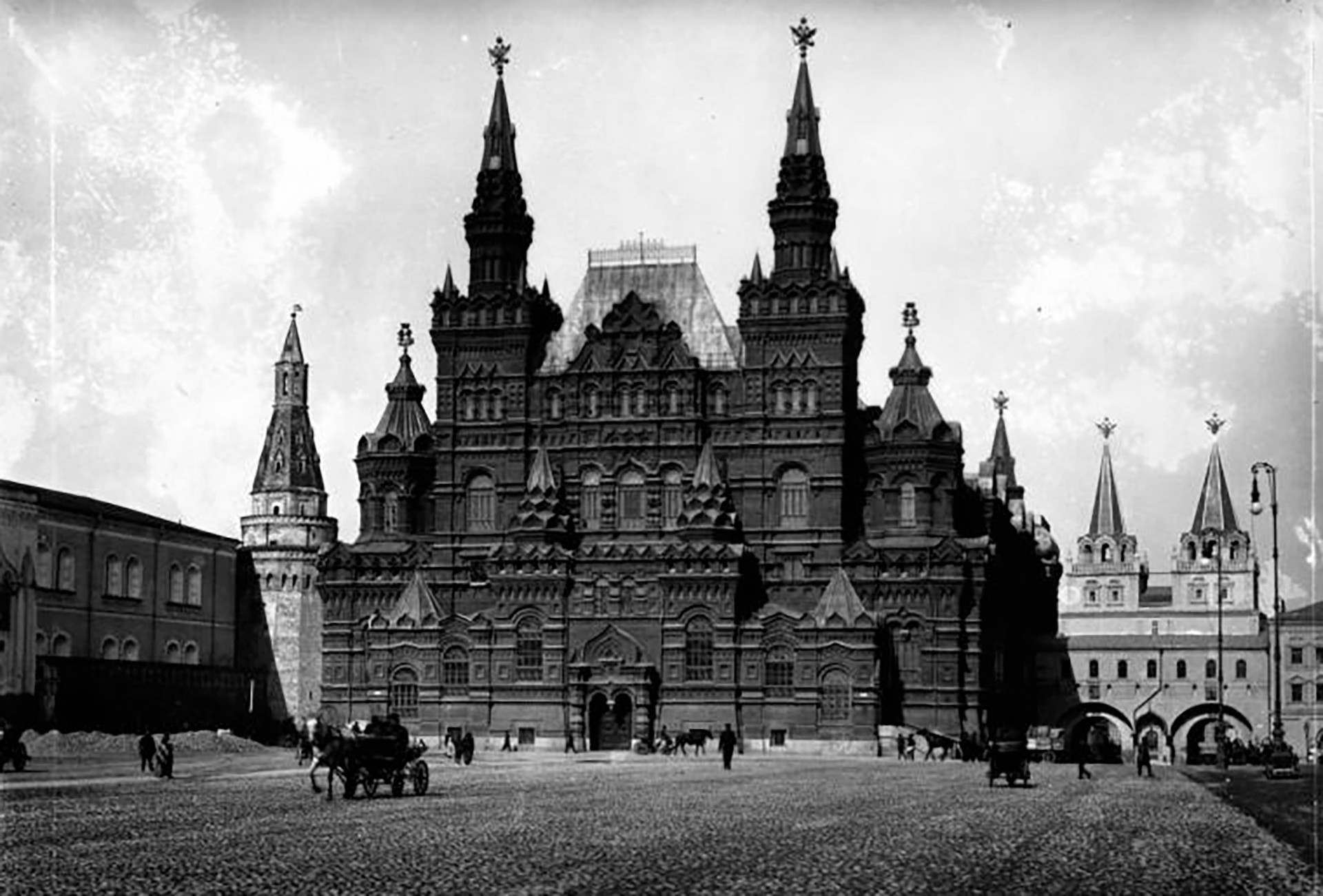 Surprisingly, the stars were only installed on the Kremlin towers in 1937, 20 years after the Revolution. Before, double-headed eagles – which symbolized the Russian Empire – watched over Moscow. 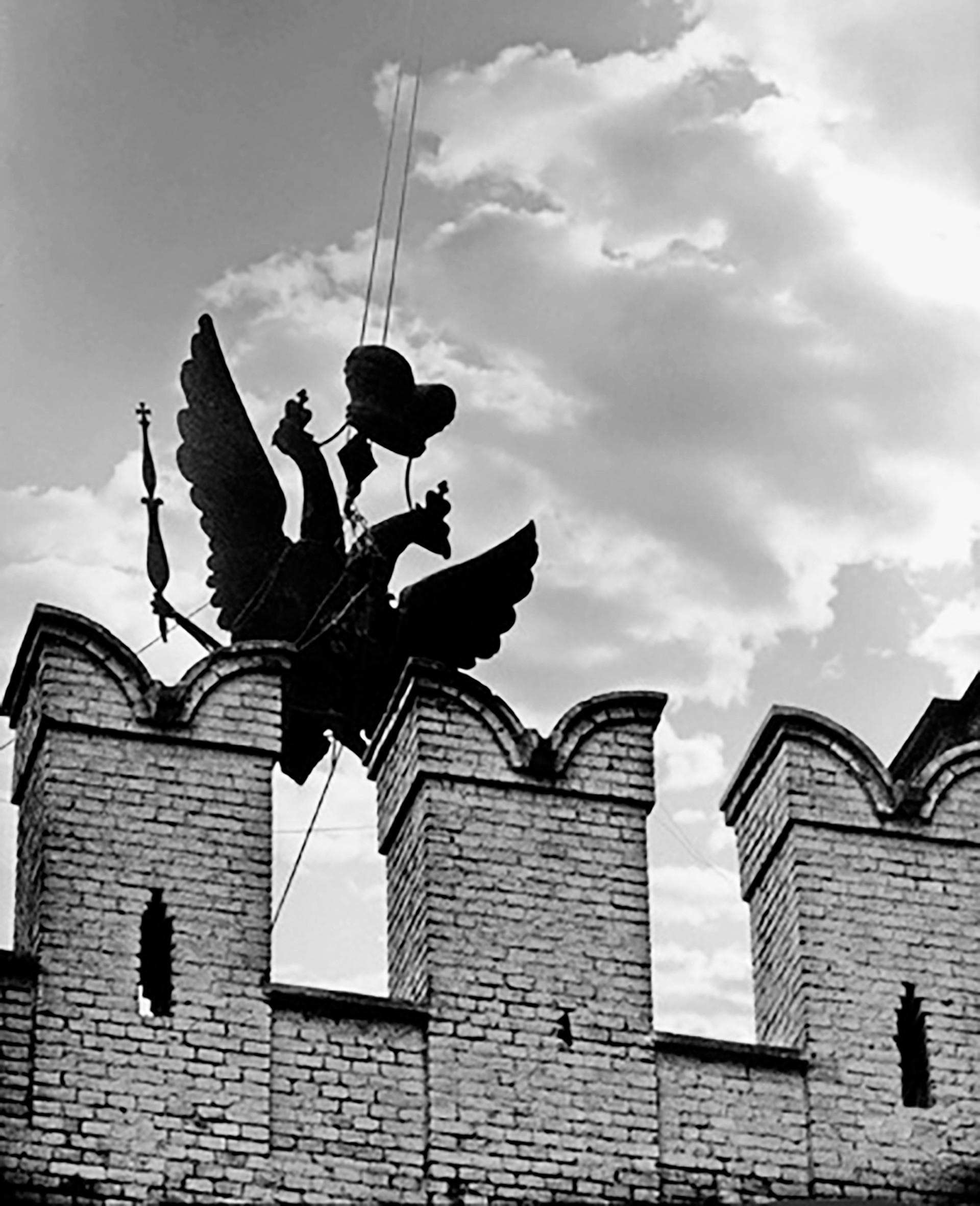 Vladimir Lenin often spoke of the “necessity” to dismantle the eagles, but due to various reasons this was not done. He wasn’t lucky enough to see this change during his lifetime. 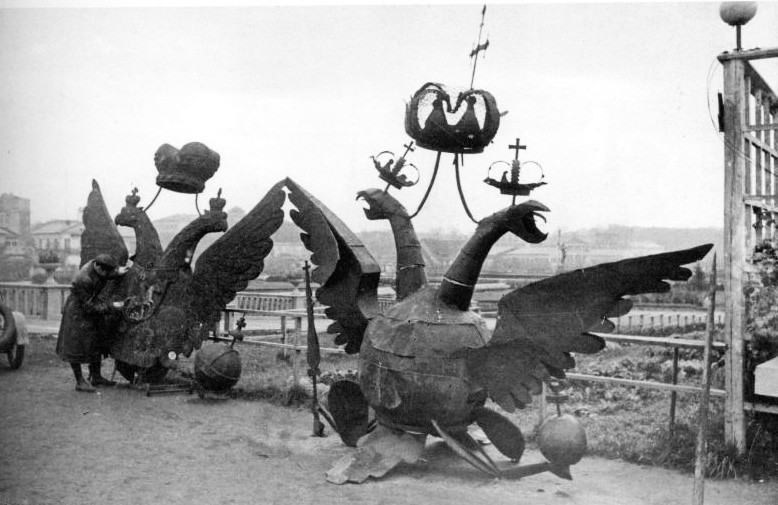 The symbols were taken down in the mid-thirties. The powers that be decided that the eagles didn’t represent historical or cultural value. Thus, the centuries-old tradition was thrown out. 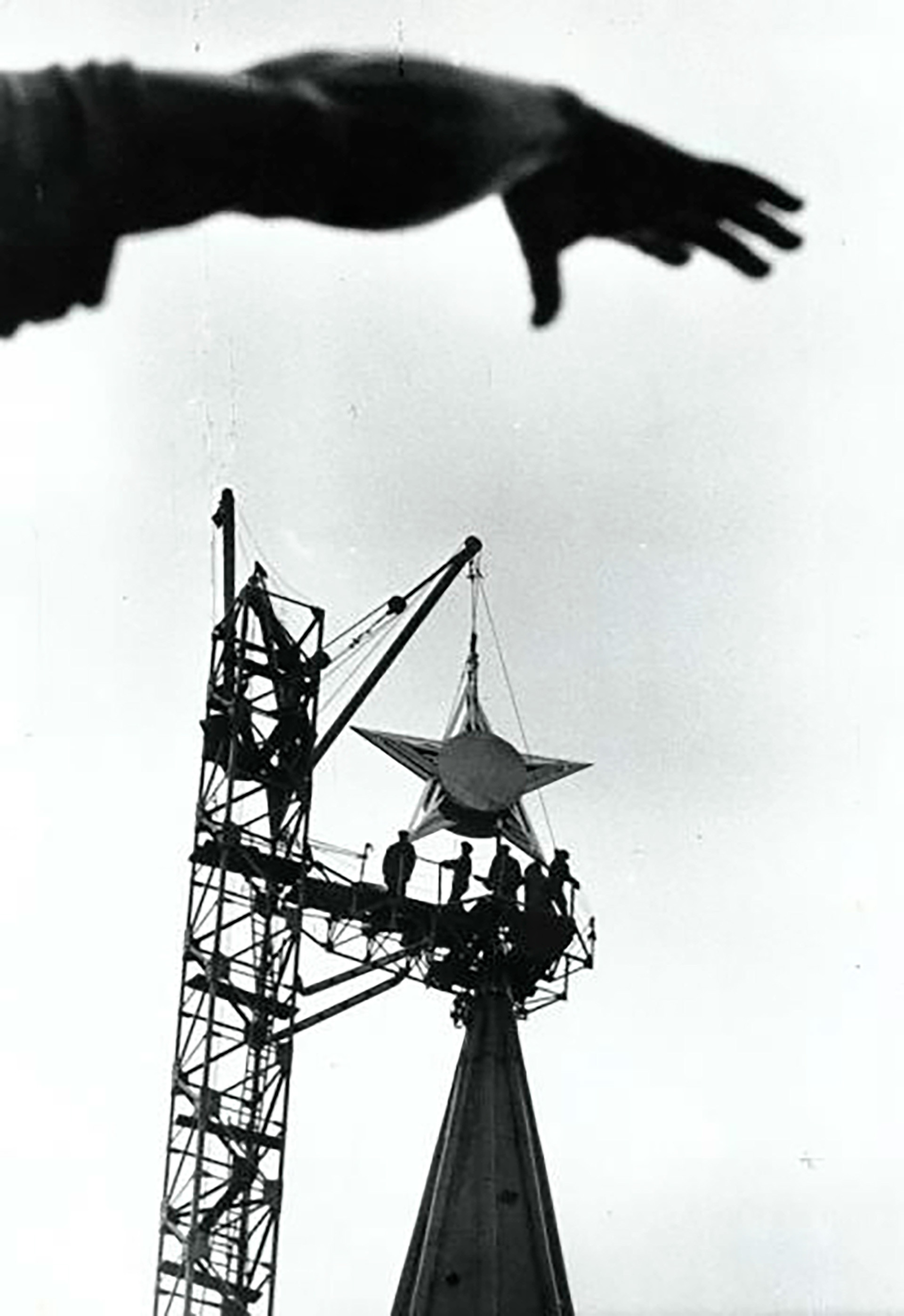 Dismantling the eagles on the Kremlin towers was no easy task though. Special cranes were designed and mounted on the upper decks of the towers to do the job. 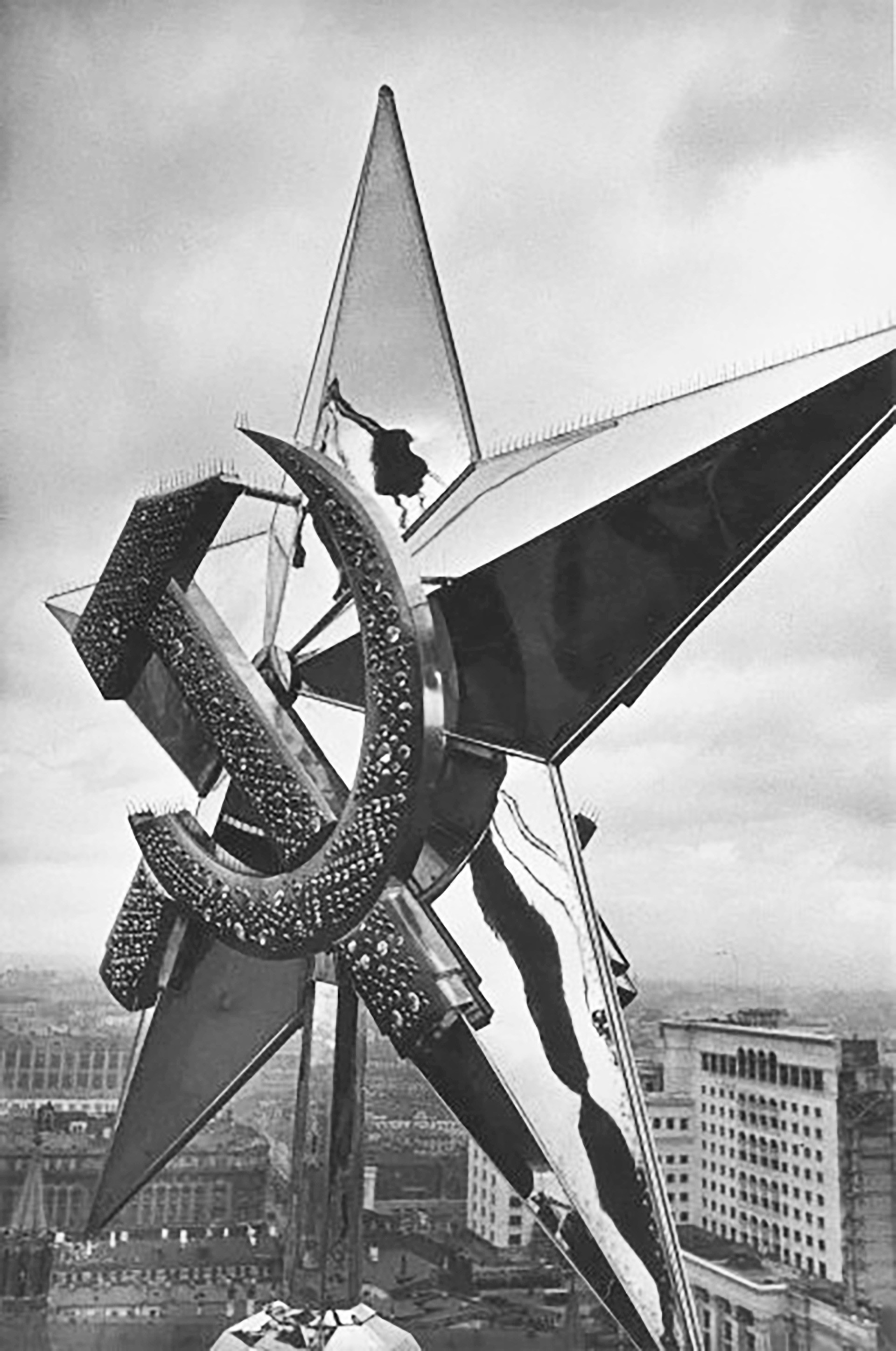 After two weeks of work, the eagles were taken down - and melted in huge furnaces. New stars decorated with gold and semi-precious stones were installed in their place. However, dust, dirt, and soot in Moscow’s air soon faded their once shiny appearance.

In 1937, the Kremlin towers were decorated with the ruby stars, the same ones that can be seen today. At the base of each star a bearing was mounted, so the huge objects - each weighing a ton - could rotate like weather vanes. 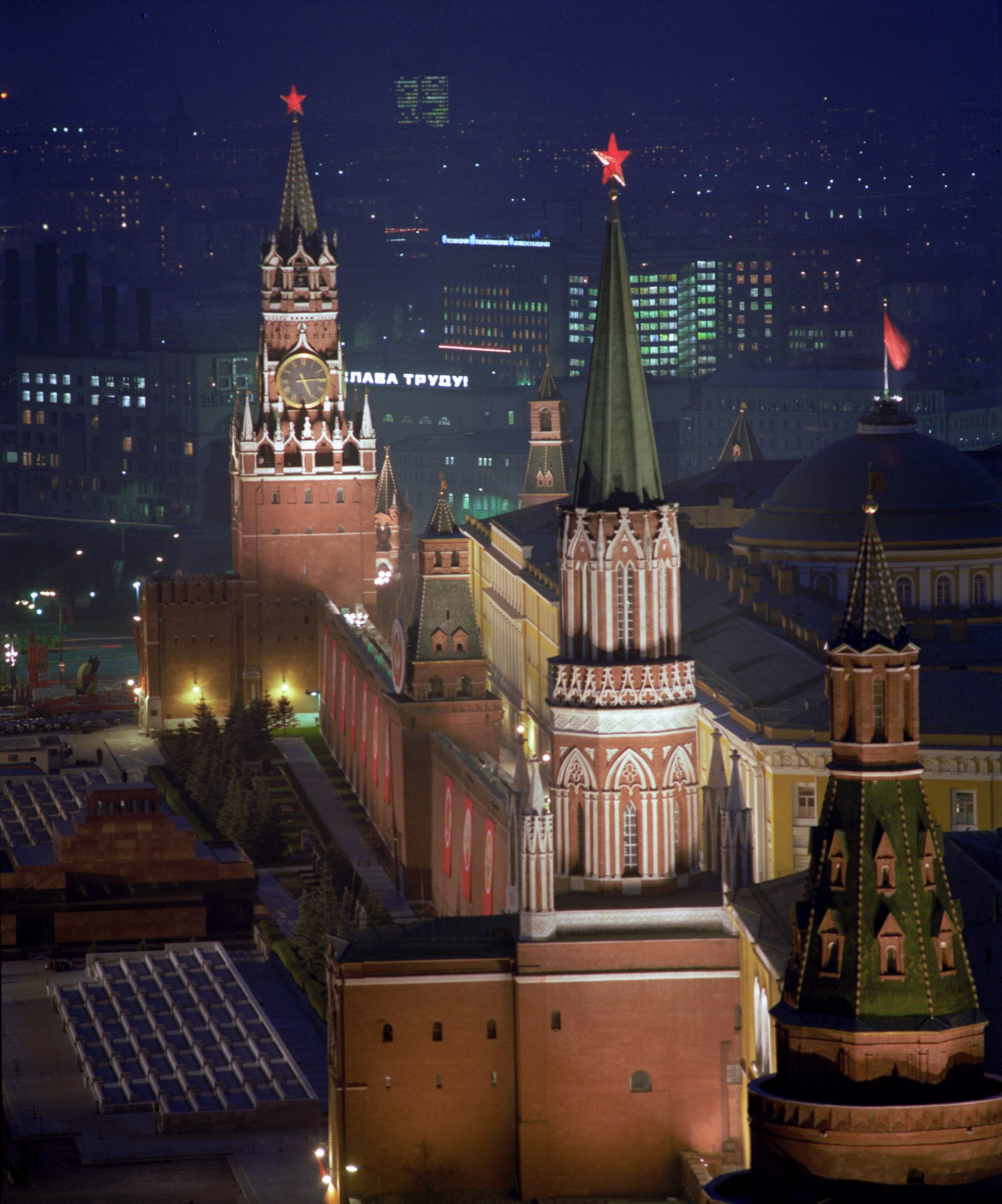 The new stars now shined for real. Specially designed lamps with double filaments were installed in each, so if one burns out, the lamp continues to be illuminated. The stars are washed every five years. Preventive works run monthly and thorough inspections take place every eight years. 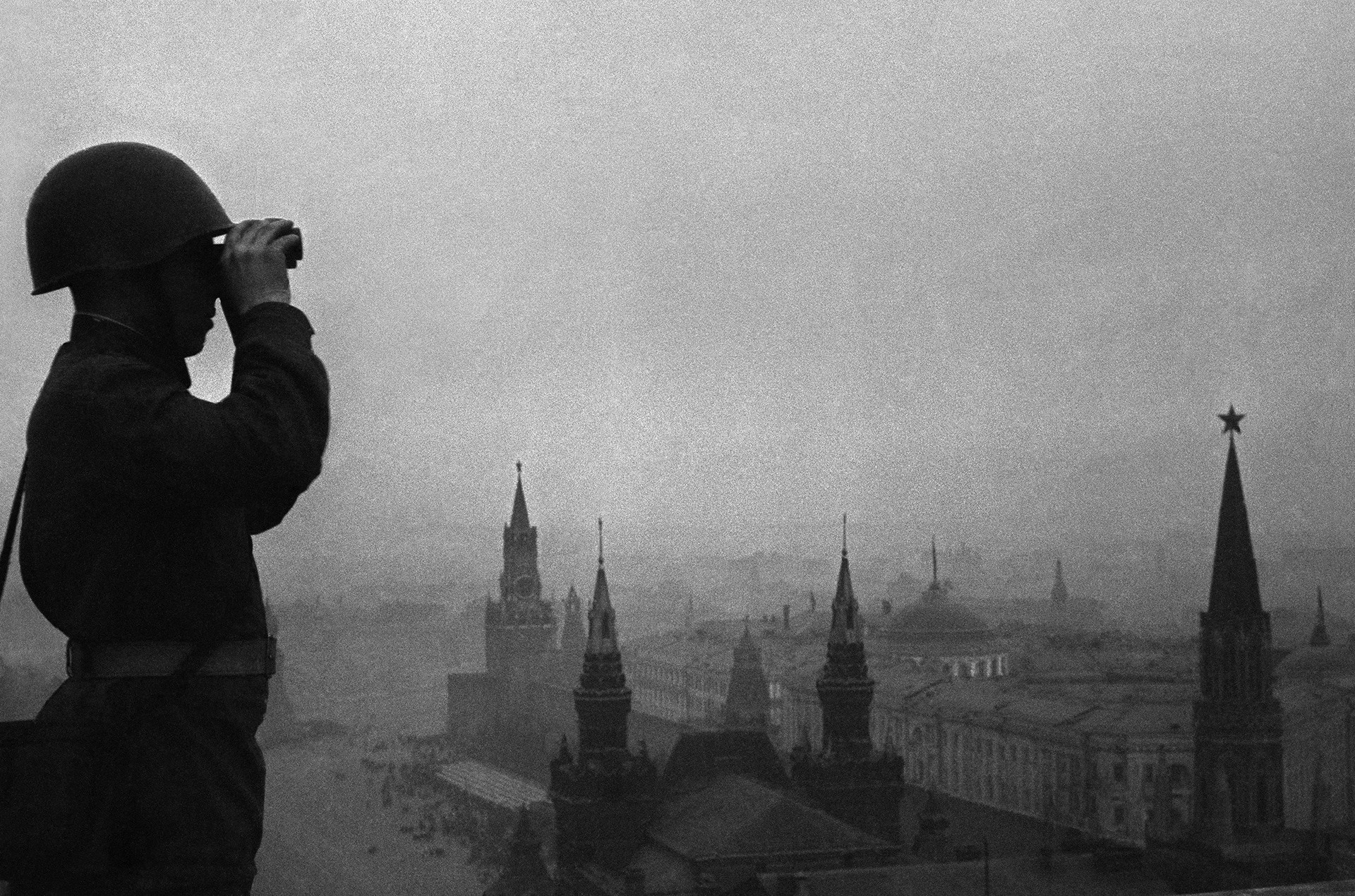 The Kremlin stars have been extinguished only twice. During the Great Patriotic War the lights were turned off so Nazi planes couldn’t detect the Kremlin. The second time: Russian director Nikita Mikhalkov asked special permission to turn them off so he could film a scene from his “The Barber of Siberia” movie in the Kremlin. 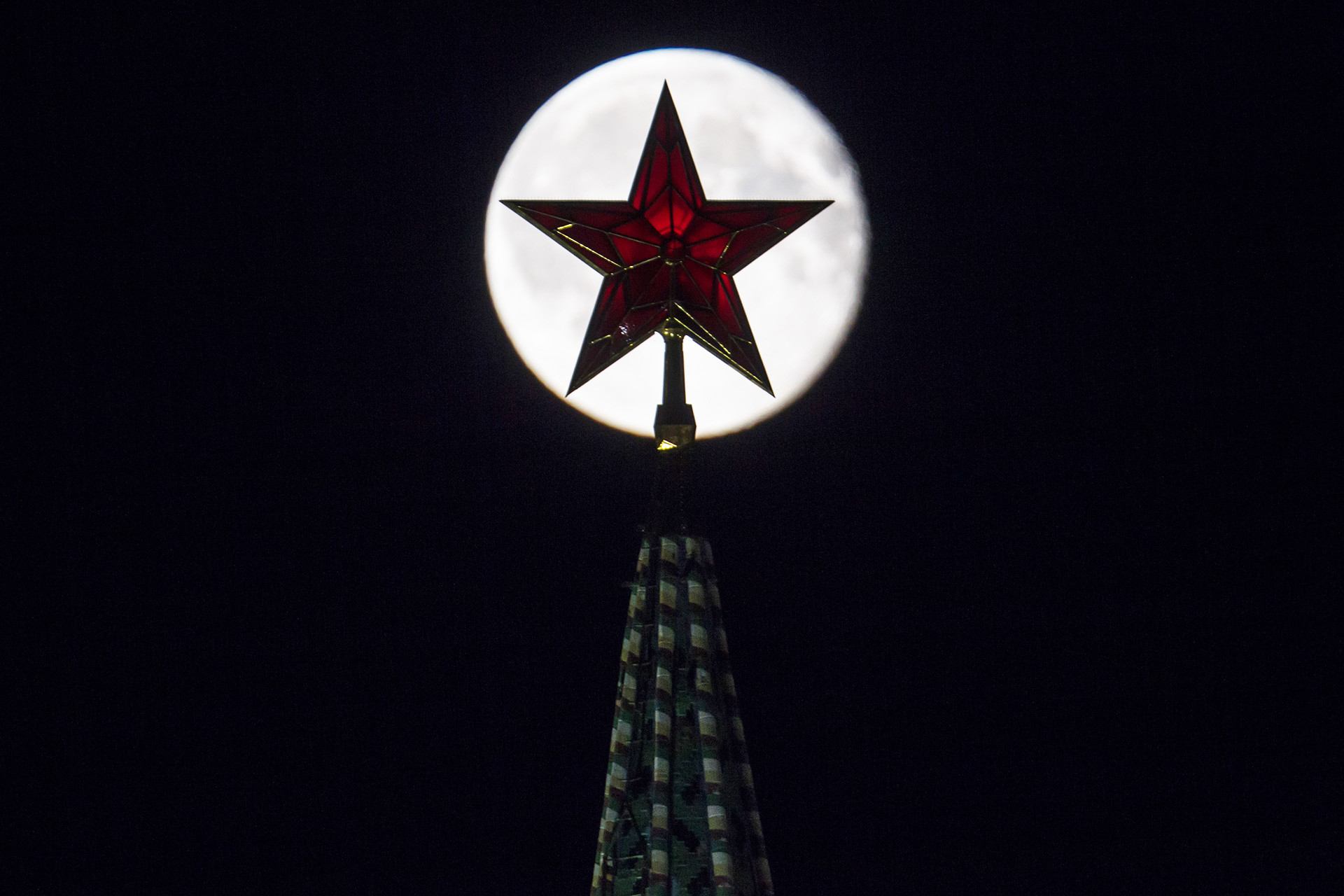 The Kremlin stars are among the few Soviet symbols that didn’t vanish along with the USSR. Their fate remains a topic of debate though, as some - including the Russian Orthodox Church - wants the eagles to be reinstalled. But others say the stars are now an essential symbol of Russia’s heritage. Only time will decide what happens to them. What do you think?