Why did the Finns devote their deadliest weapon to the Soviet Foreign Minister?

History
Boris Egorov
There was a real chance that the regional war between the Soviet Union and Finland could have become a turning point in world history and pitted the USSR and the UK against each other. On the 78th anniversary of the outbreak of the Winter War, Russia Beyond presents the most interesting facts about it.

First mass use of submachine guns 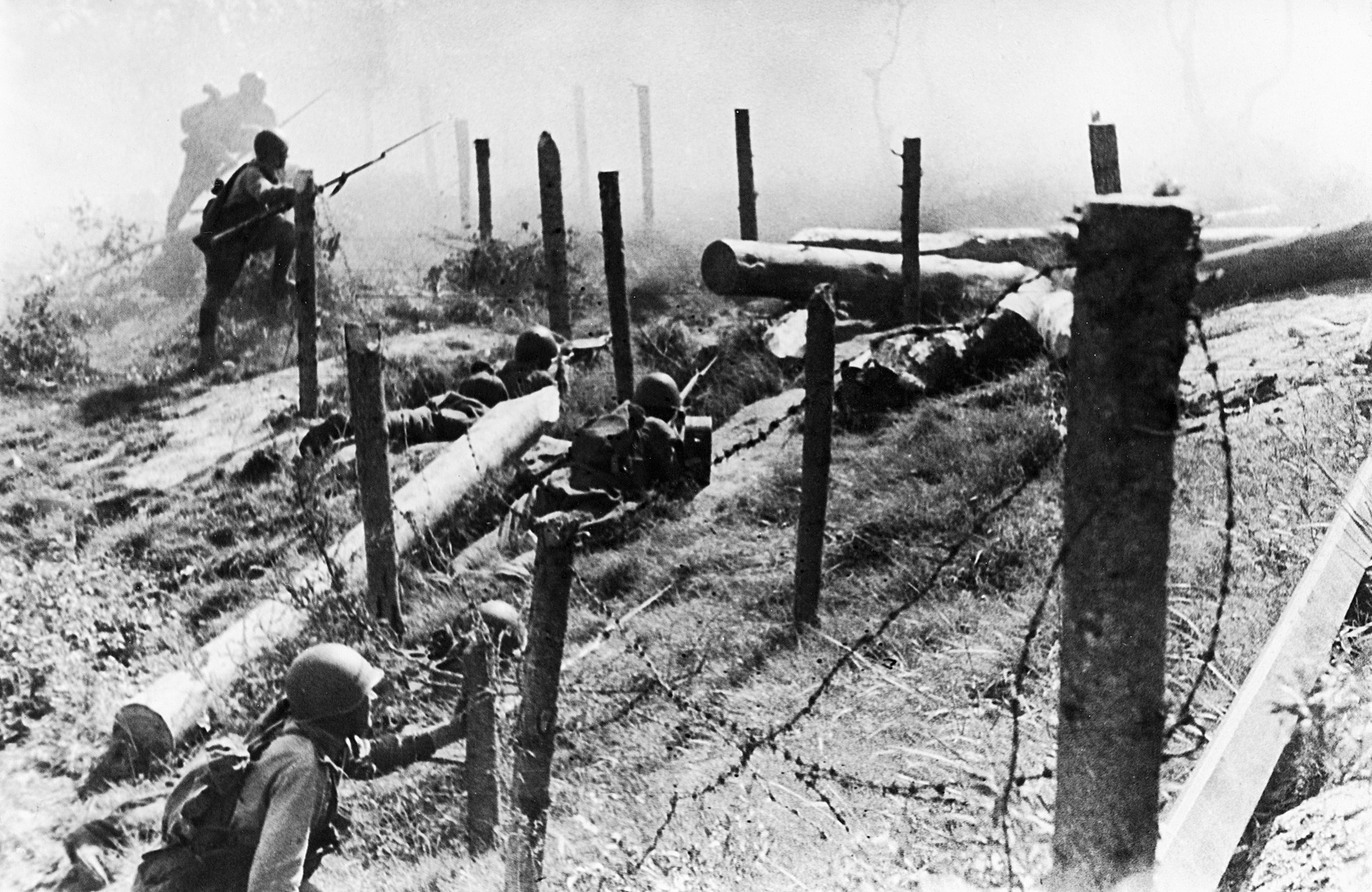 The Winter War was the first conflict where submachine guns were widely used and gained high popularity. Finnish ski troops appeared out of the woods, raking enemy columns with devastating fire from their Suomi KP/-31 submachine guns and instantly disappeared.

Disconcerted by their effectiveness, the Soviet leadership began to actively arm their troops with the first Soviet submachine gun – the PPD-40 with a 71-round drum magazine. Attitudes had changed, since before the war this machine gun was underestimated and considered by the Soviets as an auxiliary weapon or weapon for police operations only.

Origins of the Molotov cocktail 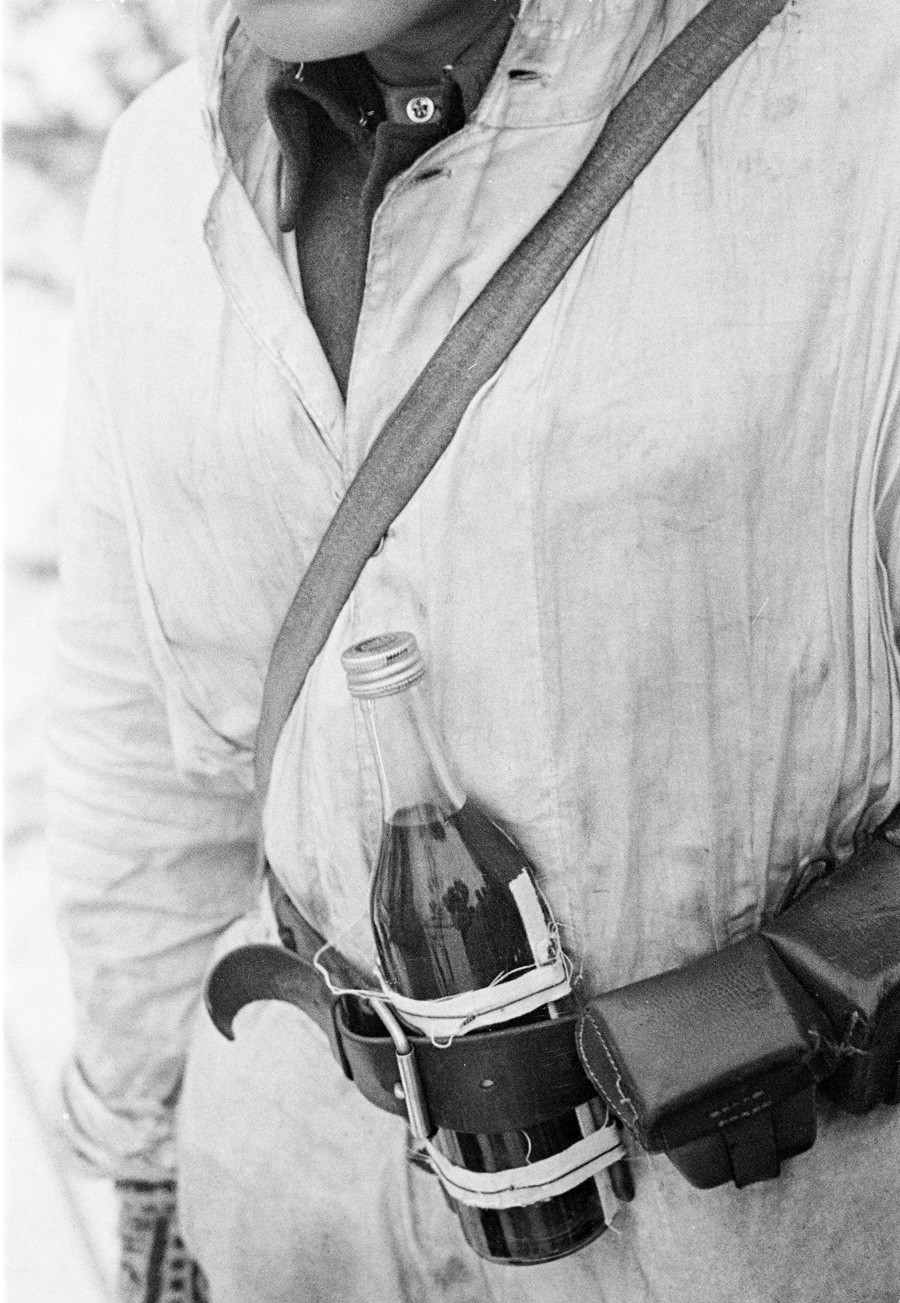 A Finnish soldier with a Molotov Cocktail

The famous improvised incendiary weapon known as the Molotov cocktail was effectively used by the Finns against tanks and was also a permanent feature of later conflicts and protest movements.

According to legend, Soviet Foreign Minister Vyacheslav Molotov used to claim in his speeches that the Soviet Air Force didn’t bomb Helsinki, but dropped foodstuffs to the starving Finns. The Finns started to call the Soviet RRAB-3 bomb the “Molotov bread basket,” since it had 60 small incendiary bombs. By analogy, the Finnish Army started to call their bottles with incendiary liquid “Molotov cocktails.”

According to another version, the weapon initially went by the name “Cocktail for Molotov,” since the Soviet Foreign Minister said on the first day of the war that he was going to have a lunch in Helsinki the next day. 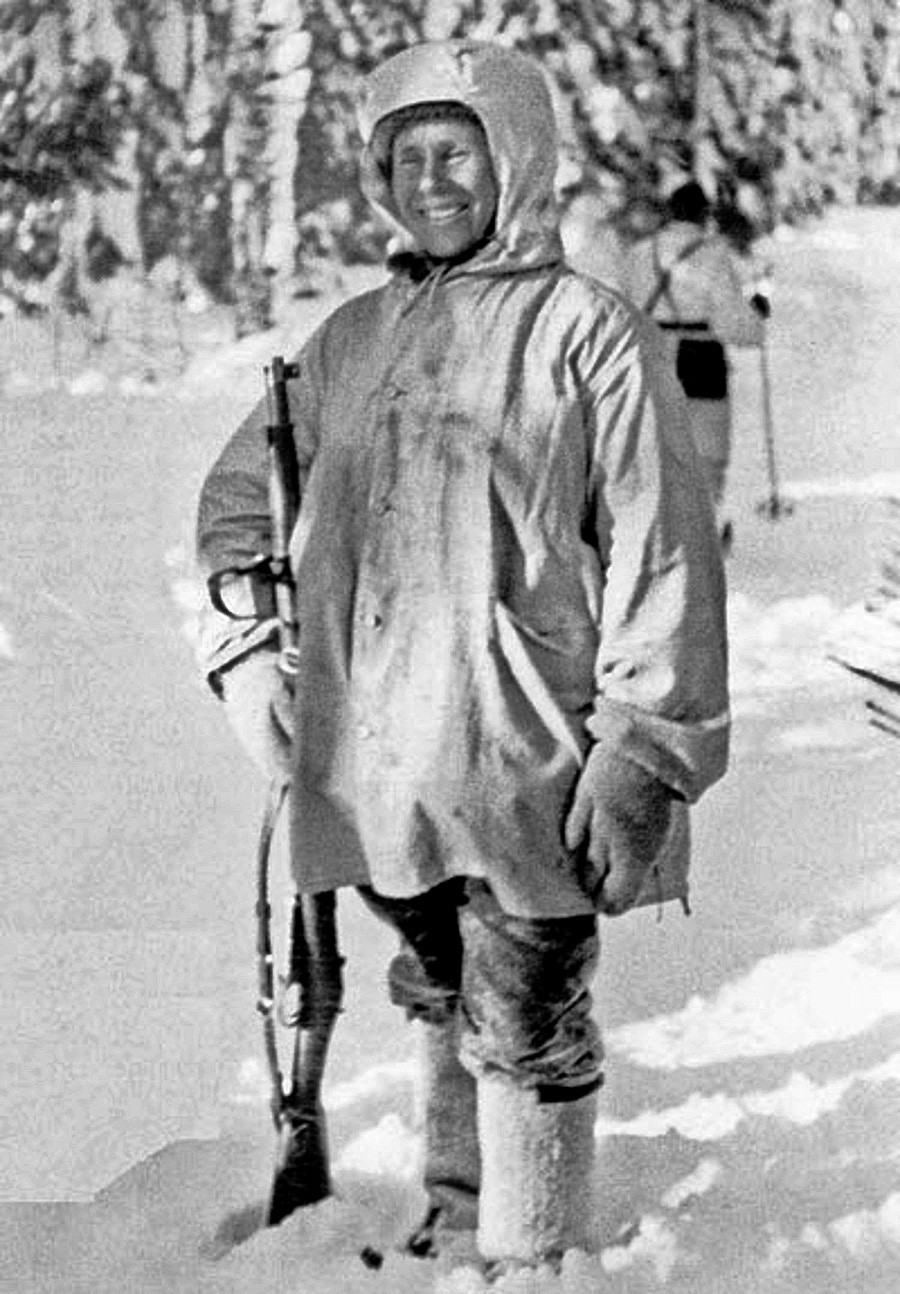 Although snipers were actively used during WWI and the Spanish Civil War, the Winter War became a real field of glory for them. Finnish snipers were a real disaster for the Soviet troops. They were especially effective when Finnish troops used the Motti tactic, which involved ambushing and dividing numerically superior enemy columns and then systematically annihilating isolated detachments of Soviet troops.

By neutralizing officers, drivers and signalmen, Finnish snipers stopped the columns and made them easy prey. Especially dangerous were the so-called “cuckoos” – snipers disguised in sprawling trees.

The top sniper of the war, Simo Häyhä, is credited with 259 confirmed kills and 505 unconfirmed ones.

Allies could have gone to war with the Soviet Union

Before Operation Barbarossa was launched in 1941, the UK and France considered the USSR a potential ally of Nazi Germany, and thought that war with the Soviet Union was inevitable. During the Winter War, they helped the Finns with ammunition, weapons and volunteers.

When the Soviet Army broke the resistance of the Finnish Army in late February, the Allies began preparing for war against the USSR. On 5 February 1940, the Allies decided to ask Sweden and Norway to allow an expeditionary corps through their territory. Despite being under pressure, the Scandinavian countries refused.

French Prime Minister Eduard Daladier announced on March 2 that the country was ready to send 50,000 soldiers and 100 bombers to Finland. The UK agreed to send 50 bombers. But the Moscow Peace Treaty was concluded on March 12, and these plans remained unrealized. 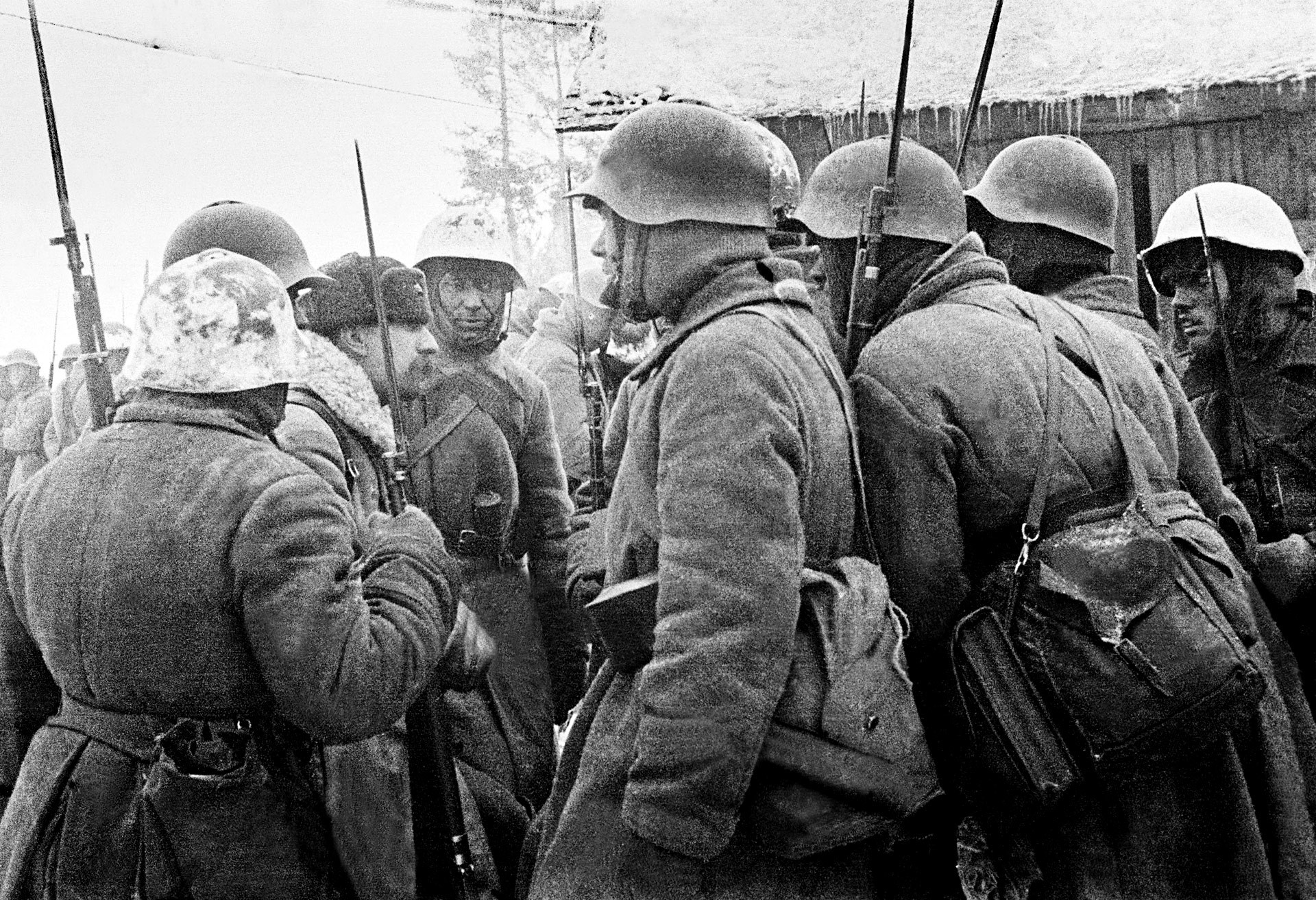 The Karelian Isthmus. The picture shows a battalion commander instructing personnel before a battle. February 1940.

Victory over Finland wasn’t as easy as everybody in Europe and the Soviet leadership expected. Three months of fierce clashes and high causalities (over 126,000 Soviet vs 25,000 Finns), plus the total failure to bring socialism to Finland seriously damaged Soviet military prestige.

The Soviet army was considered weak since it couldn’t overcome the numerically inferior Finnish troops, and Hitler called it “a clay colossus with no head.” The poor Soviet performance during the Winter War was one of the reasons he decided to launch Operation Barbarossa in 1941.

However, the Soviet leadership learned some hard lessons. Several years before the German invasion, the Soviet troops had been modernized in terms of interaction between different types of troops, effectiveness of supplies, organization, logistics, etc.