Out of the game: Why Russian athletes missed the 1984 Olympics 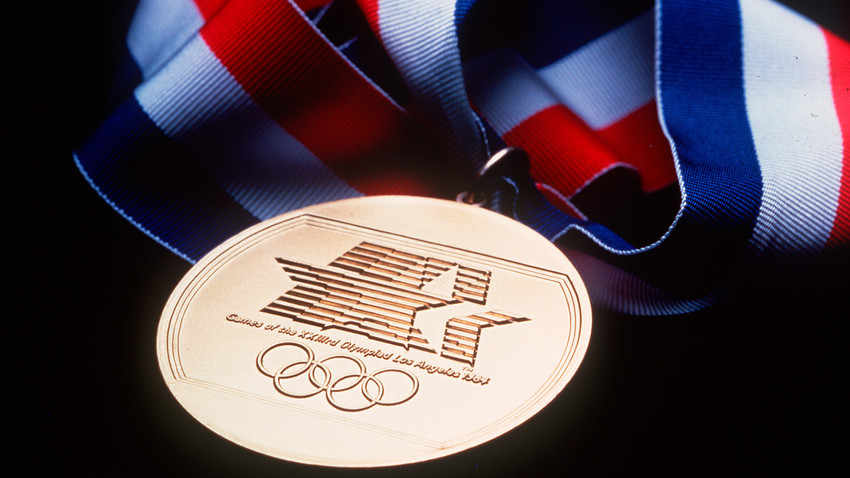 Getty Images
Russia’s ban from the 2018 Winter Olympics in South Korea won’t lead to a boycott by Moscow. According to the Kremlin, Russian athletes will be able to compete under a neutral flag. More than 30 years ago, however, Moscow’s approach to the 1984 Summer Olympics in Los Angeles was much tougher, with athletes from the USSR and most Eastern Bloc countries staying home.

“It was like a bolt from the blue. The storm clouds had been gathering, but still, it was abrupt and sudden. The first feeling was as if the Earth had opened wide and everything fell into it; as if there was a vacuum around me. The goal that I had worked toward over several years suddenly disappeared… It was not clear what would happen next,” this is how Vladimir Salnikov, a Russian swimmer and four-time Olympic champion who was nicknamed, “Monster of the Waves,” described his emotions when he heard the news about Moscow’s boycott of the 1984 Summer Games in Los Angeles.

Not to President Carter’s level?

Salnikov’s testimony clearly casts doubt on the opinion that Soviet authorities had planned in advance to skip the 1984 Summer Olympics as revenge for the U.S. boycott of the 1980 Summer Olympics in Moscow. In early 1980, President Jimmy Carter issued an ultimatum to Moscow, demanding of Soviet troops from Afghanistan within a month. Not surprisingly, the Kremlin ignored the demand, and American athletes, joined by teams from more than 60 other countries, stayed home in the summer of 1980.

In the run-up to the 1984 Olympics in Los Angeles, at first Soviet leaders publicly expressed their positive attitude towards their athletes attending. In December 1982, a high-ranking Soviet official, Geidar Aliev, told Juan Antonio Samaranch, the International Olympic Committee (IOC) chief at the time, “We’re getting ready for the Games in Los Angeles. We hear talk about a possible boycott from our side. But we won’t stoop to Carter’s level.” 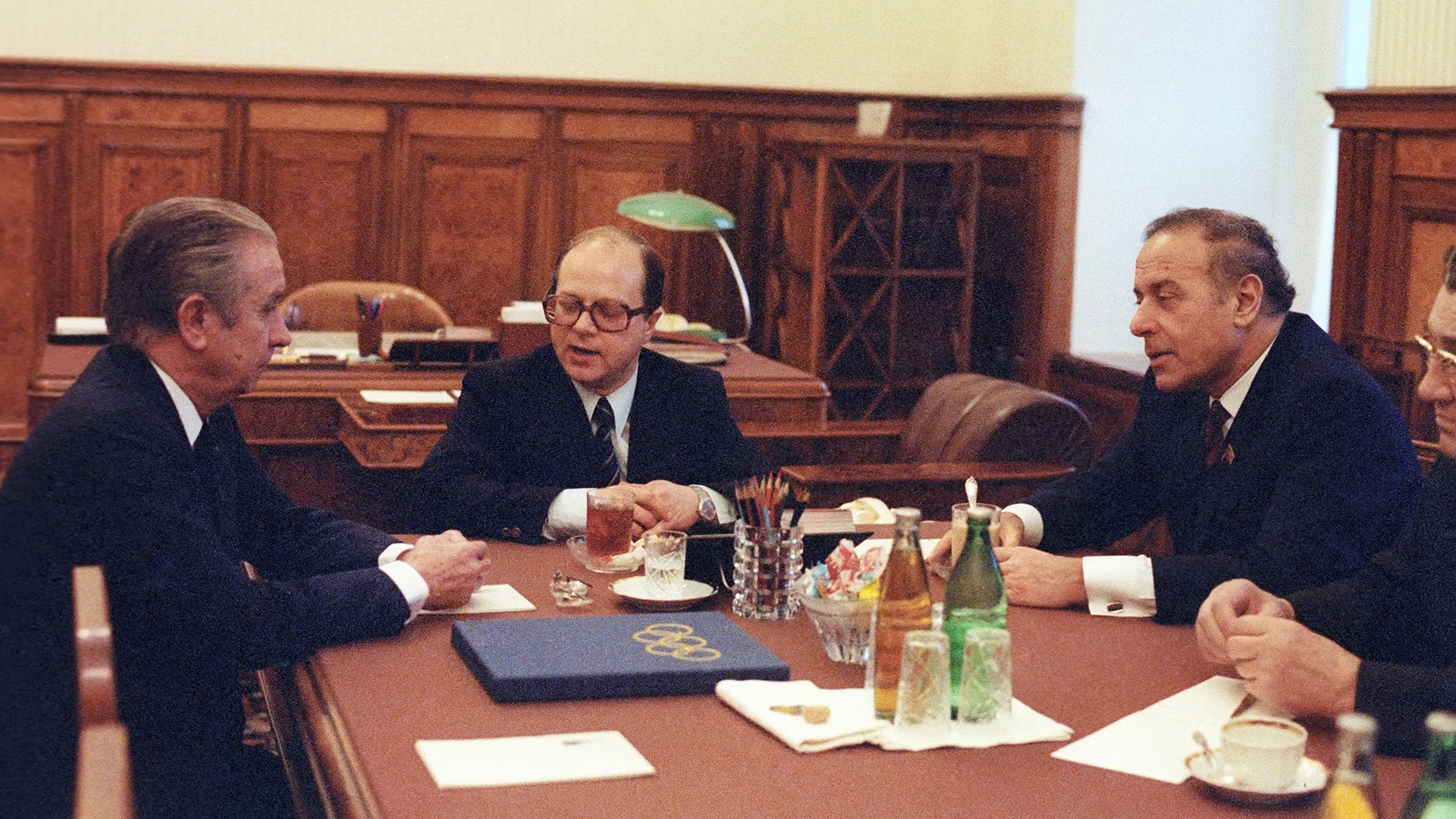 Clearly, the Soviets were looking forward to the 1984 Olympics. Likewise, the current Russian leadership also planned for normal participation in the 2018 Games, but the doping scandal ruined these plans.

What then made the Soviet leadership change its approach to the 1984 Games? Most probably it was the heated political situation at the time, with tensions building in the second half of 1983. On Sept. 1, a South Korean passenger plane was shot down in Soviet airspace, causing an uproar in the West. This was followed by the U.S. invasion of communist Grenada, and the deployment of mid-range U.S. ballistic missiles in Europe. Relations between the two superpowers had hit rock bottom. 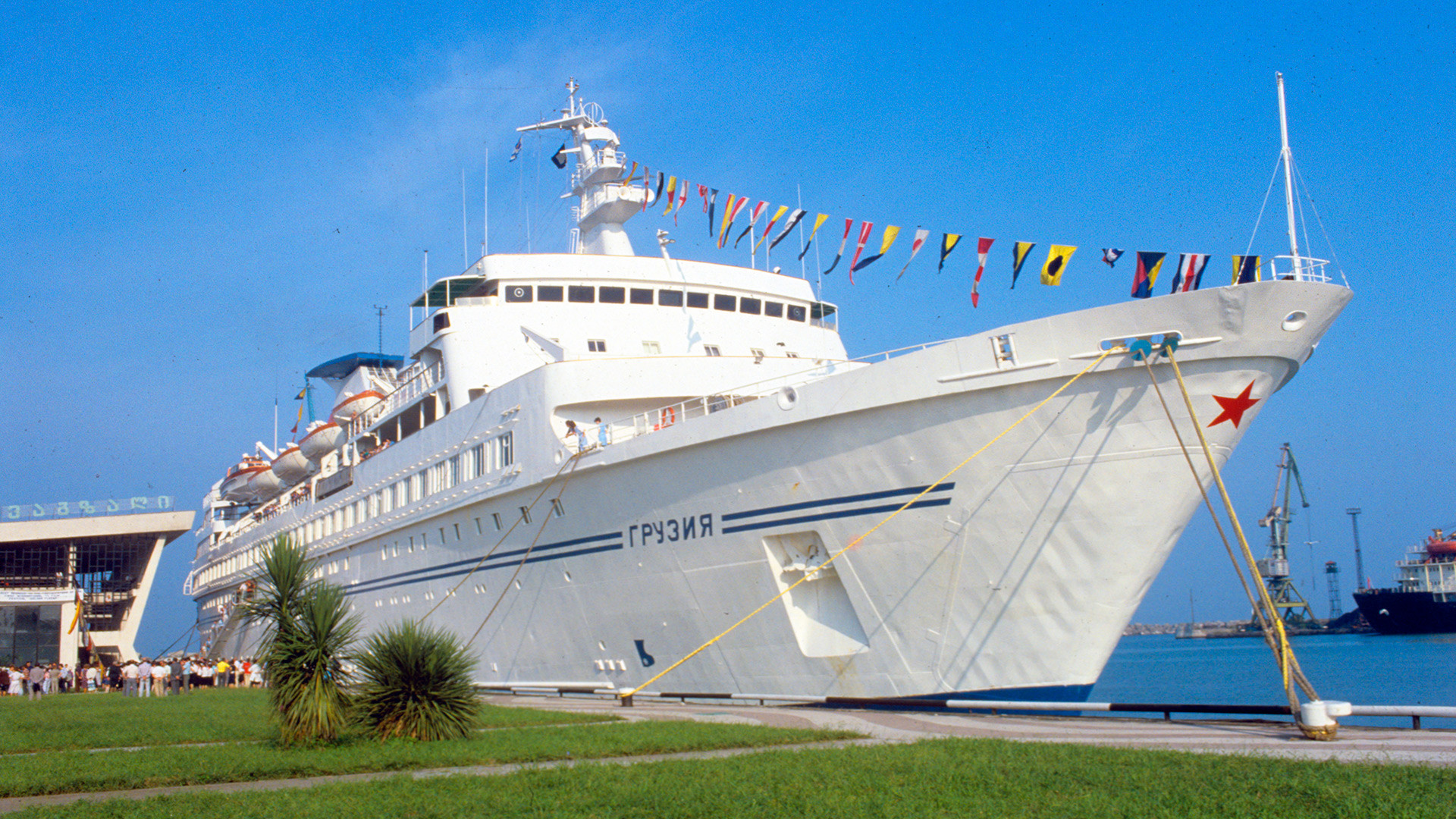 'Georgia' was a floating base for Soviet athletes

In this atmosphere of political hysteria and mutual accusations, the Kremlin demanded written guarantees of Soviet athletes’ safety in the U.S., but the Americans did not wish to provide them. They also did not allow the Soviets to fly directly from the USSR to Los Angeles with charter flights, and would not permit the ship, Georgia, which was a floating athletic base, to dock at an American port. In May 1984, the Politburo led by General Secretary Konstantin Chernenko decided to boycott the Los Angeles Games. In total, 14 socialist countries followed suit.

The country that benefited most from the absence of Soviet athletes the U.S., which took 83 gold, 61 and 30 bronze medals; in total, 174 out of 221 medals awarded. As far as gold medals, this is a record that no country has ever beaten since. An American commentator was right when during the closing ceremony he thanked, “Comrade Chernenko,” “the U.S. more gold medals than any athlete in the history of the Games.”

By comparison, in 1980 the USSR got only three gold medals less, but earned more silver and bronze awards, winning 195 medals in total. Clearly, Soviet athletes had bright prospects for the 1984 Games. 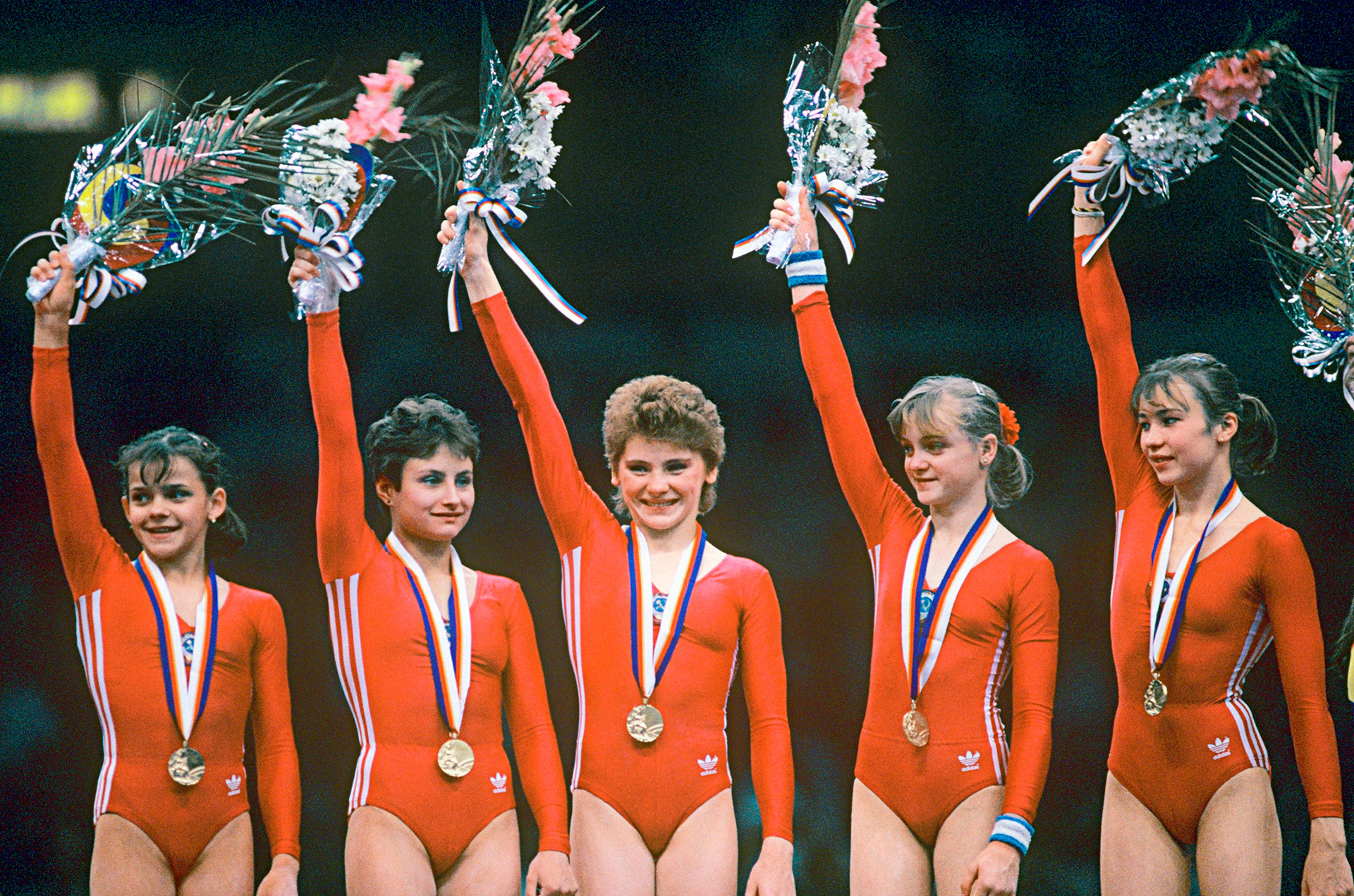 “After the Games in we received excellent financing and state-of-art facilities. The results of the 1983 season gave grounds to predict that we’d get as much as 62 gold medals (versus 40 gold for the East Germans, and 36-38 gold for the Americans). … I was sure we would win the 1984 Games. The Olympics in Seoul in 1988 confirmed I was right. By inertia we crushed everyone [The USSR won 55 gold medals versus 35 for the Americans],” later said Anatoly Kolesov, deputy chief of the State Sports Committee of the USSR.

The IOC at that time tried hard to prevent a boycott, hoping to negotiate a deal between the superpowers, with Samaranch offering his services as a mediator. No one, however, was ready for a compromise.