History
Alexey Timofeychev
Common folk in Russia are not the only ones with an overly friendly attitude towards booze. Leaders sometimes enjoyed more than a few drinks. However, this did not prevent them from becoming great historical figures, as these three stories confirm. 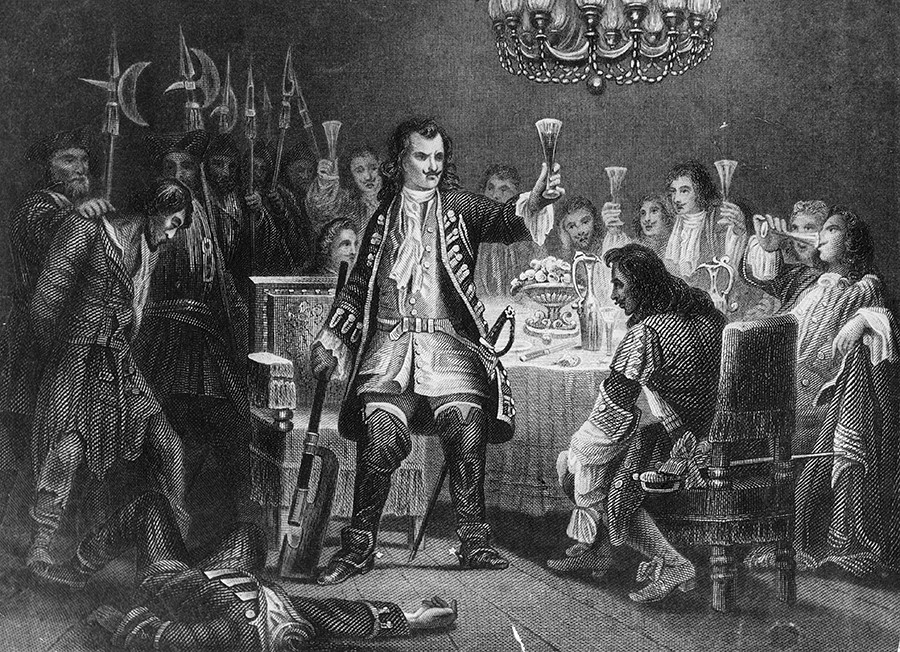 Peter was ranked just as a “proto-deacon,” but in  he led the society. The “Synod” existed until the monarch's death, and copied the hierarchy of the Orthodox Church, mocking religious practices and rituals. No wonder many religious Russians considered Peter to be the Anti-Christ!

Peter liked heavy drinking and wanted others also to drink a lot. “Once I made a mistake and the tsar’s servant immediately brought me a big glass of vodka. [Peter introduced the 'penalty shot', and the tradition is still alive].Taking advantage of his heaviness, I ran to the forefront of the ship [and climbed to one of the masts]. His Majesty climbed after me holding a glass with his teeth. There, where I thought to find a safe place, he sat with me and I had to drink that glass and four more,” recalled one foreign diplomat.

Peter, however, also understood the harm of alcohol abuse. He established a medal, “For drinking,” that weighed 7 kilograms and was put on the neck of abusers who had to wear it for a whole week.

Legend has it that the alcohol addiction of another emperor, Alexander III, led to a change in the shape of boots. They say that Alexander used to take a sip from time to time, but his wife, Danish princess Dagmar (who took the name Maria Feodorovna in Russia), could not tolerate even the smell of alcohol; or according to a different account, she was worried about her royal husband’s health. Hence, in order not to burden his spouse with negative the emperor drank secretly. To do so, he ordered boots with long and wide collars. There, he allegedly hid a small bottle of booze. 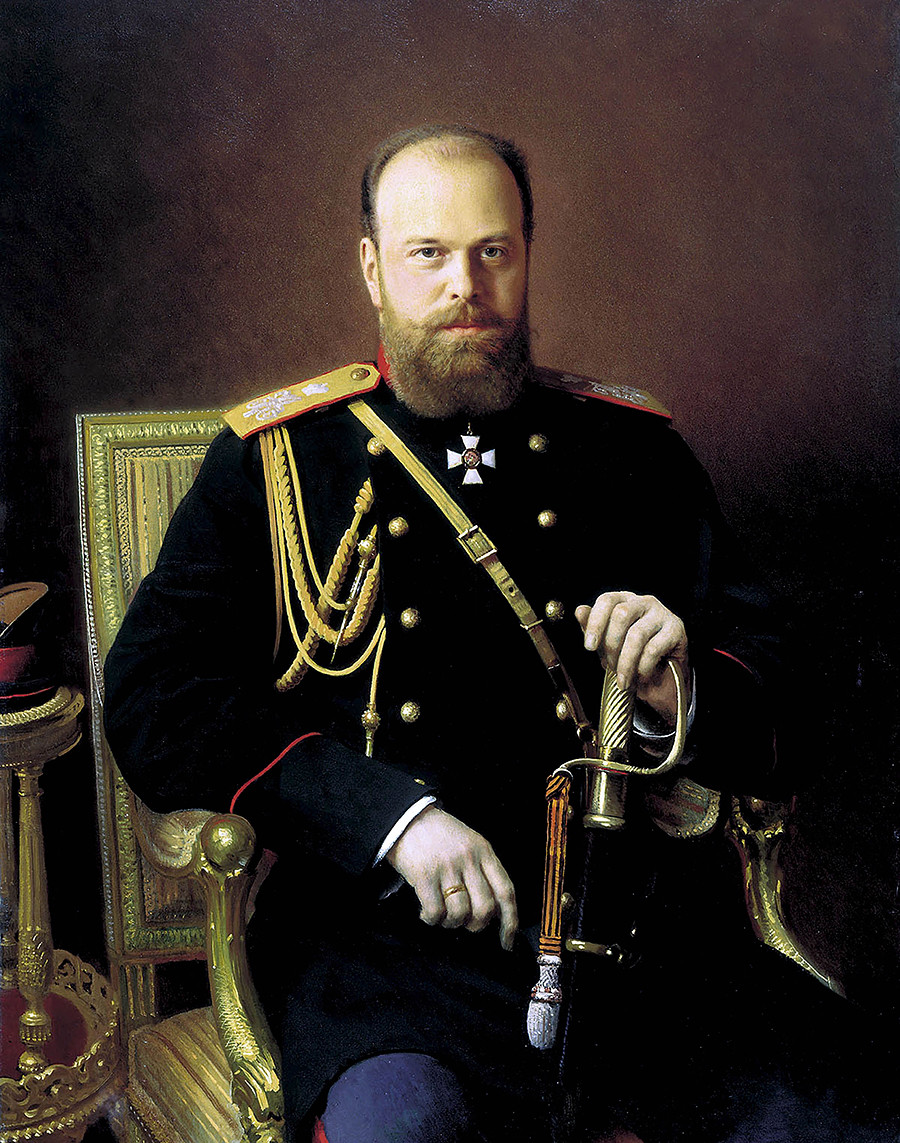 At the same time, some experts connect the stories of the emperor’s alleged alcohol abuse to his liberal opponents’ criticism of his policy. When he came to power in 1881 after the murder of his progressive father, Alexander II, he scaled back reformist policies and embarked on what some saw as an ultra-conservative path. He pacified the country's internal troubles, and greatly strengthened the army and navy. Thus, his political opponents considered it "necessary to create the image of 'a fool and a drunk' on the throne,” in order to demonstrate the need to be rid of the monarch.

What contradicts the depiction of the Tsar as a drunk is the testimony of his personal doctor, Nikolay Velyaminov. “Did he drink vodka? It seems to me he did not, but if he did, it was not more than a small glass. In cases when he wanted to drink at the table, his favorite drink was Russian kvas with champagne, but [he drank it] very modestly.”

As historian Kirill Solovyev argues, “there are no trustworthy sources confirming his inclination to drinking.” However, the same historian confesses that Alexander’s contemporaries who spent time with him felt compelled in their memoirs to write that he did not abuse alcohol. So, the question remains open.

A much more recent historical figure, Russia's first president, Boris Yeltsin, leaves no room for any doubt. His addiction to alcohol is well known and documented 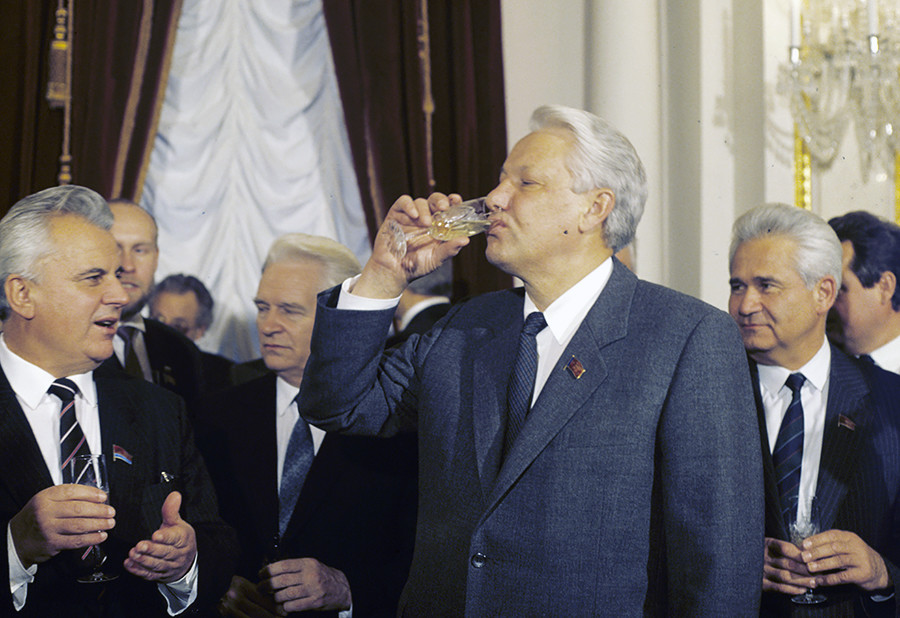 According to the head of his security service, Boris Eltsin abused alcohol on a daily basis

head of Yeltsin's security, Alexander Korzhakov, claimed that the president abused alcohol on a daily basis. In his memoirs, he wrote that he banned vodka in the presidential kitchen, but then Yeltsin would send his aides who complained to the security chief: “What am I supposed to do? Boris Nikolaevich gave me $100 and asks to bring a bottle?” Korzhakov diluted the vodka with water, making it less potent.

As Korzhakov wrote, the weight of presidential responsibilities did not alter Yeltsin's drinking habit, and the fact that he had to travel abroad did not stop him either. As former U.S. President Bill Clinton told Taylor Branch, the author of “The Clinton Tapes: Wrestling History With the President”, in 1995 Secret Service agents found the Russian leader standing in his underpants outside the White House, trying to flag a taxi to go get a pizza. It's clear that Yeltsin was not sober then. Yet, despite his addiction, he managed to defeat all his political opponents, first in the USSR and then in independent Russia, and he passed the country's Constitution that still regulates political life in the country today.

Check yourself and see whether you can guess the logic of Russian leaders.