5 phenomena of perestroika that changed life for Russians 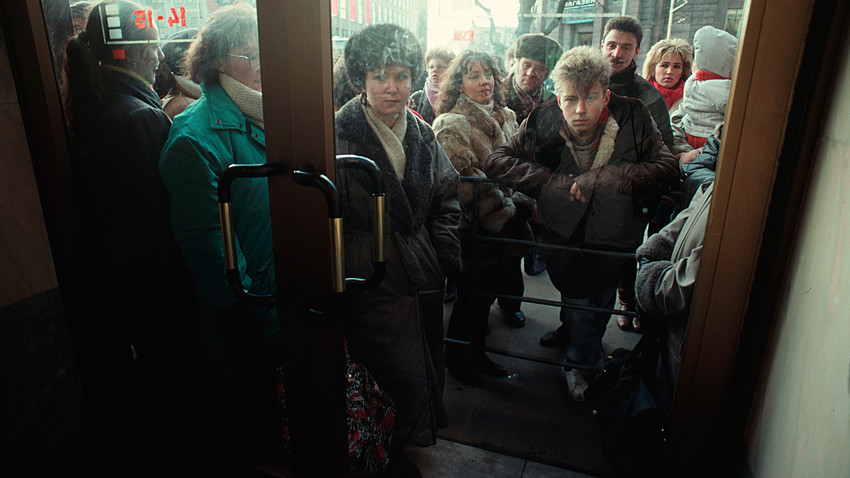 Russian citizens in Leningrad wait in line for the opening of a store during the Soviet economic crisis, January 01, 1987

Getty Images
30 years ago perestroika in the USSR fundamentally changed the life of Russians. These were the five main things Gorbachev’s reforms introduced.

Censorship has been part of Russia’s social and political life for centuries. There was a brief thaw in 1917 between when the last Nicholas II was deposed, and October, when the Bolsheviks took power. Except for this romantic period during the Russian revolution, censors held a tight grip on what was written or said in public in Russia. That was the case until Gorbachev’s perestroika. The weakening of censorship was the main tenet of Gorbachev’s glasnost (openness) policy launched in 1986. In autumn of that year, authorities stopped jamming Voice of America and BCC. In 1988 censorship came to an end completely.

The same year works that had previously had no chance of legal publication appeared: The Gulag Archipelago by Alexander Solzhenitsyn and Boris Pasternak’s Doctor Zhivago among many others. There were so many hitherto unseen books published during the perestroika era that the period was dubbed a “cultural explosion” (in Russian). 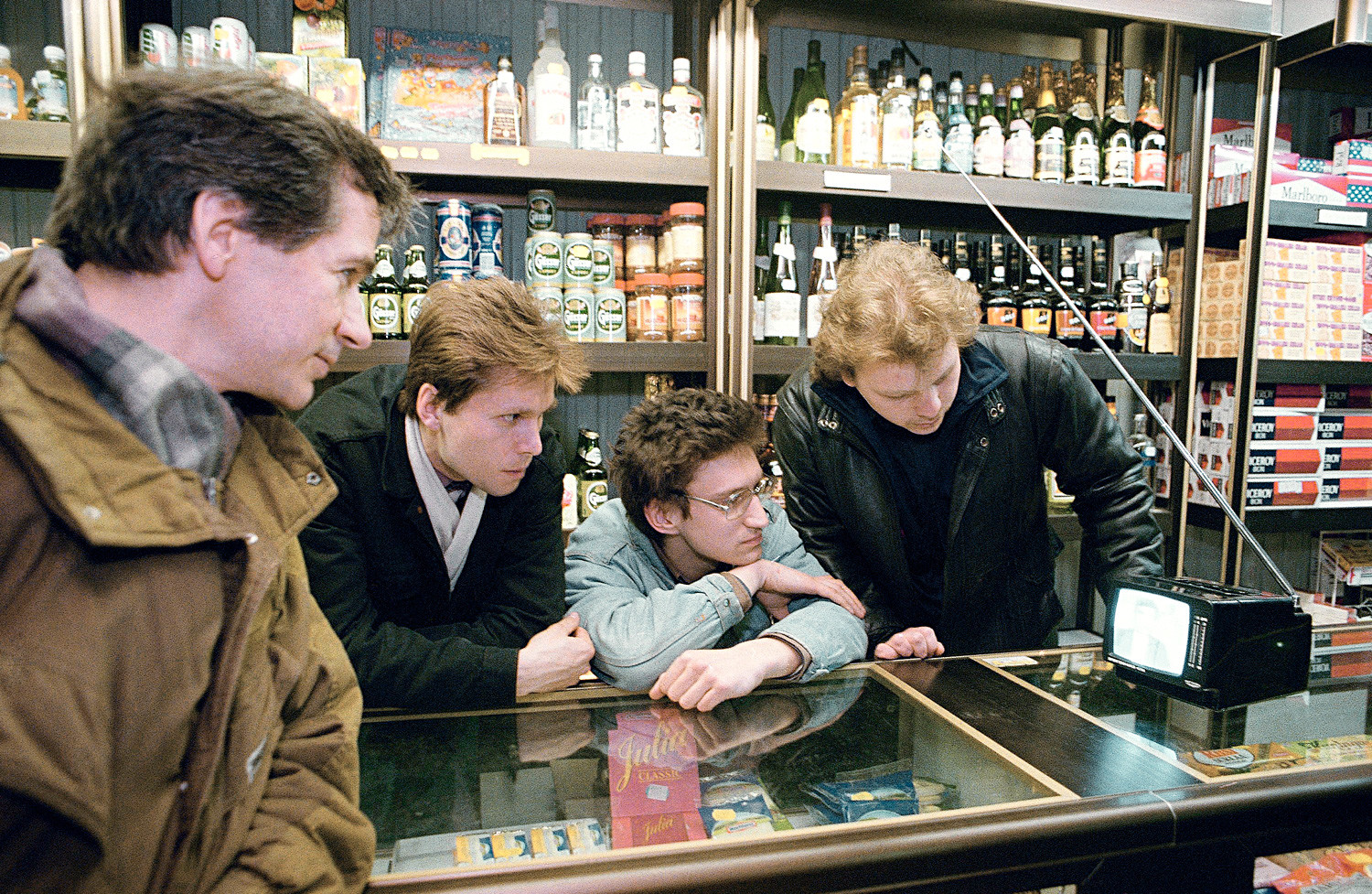 In 1990 a law was adopted that forbade censorship in the Soviet Union and in late 1991 similar legislation was introduced in the Russian Federation banning press censorship.

Against a backdrop of economic slowdown in the late Soviet Union, authorities were forced to start experimenting with some elements of a free market. However, the reforms of prime minister Alexey Kosygin were stopped in the early 1970s and it was only when Mikhail Gorbachev came to power in the that there were renewed attempts to breathe life into the moribund Soviet economy. He tried to decentralize it and invested his hopes in a new class of entrepreneurs – those involved in the newly created cooperatives. 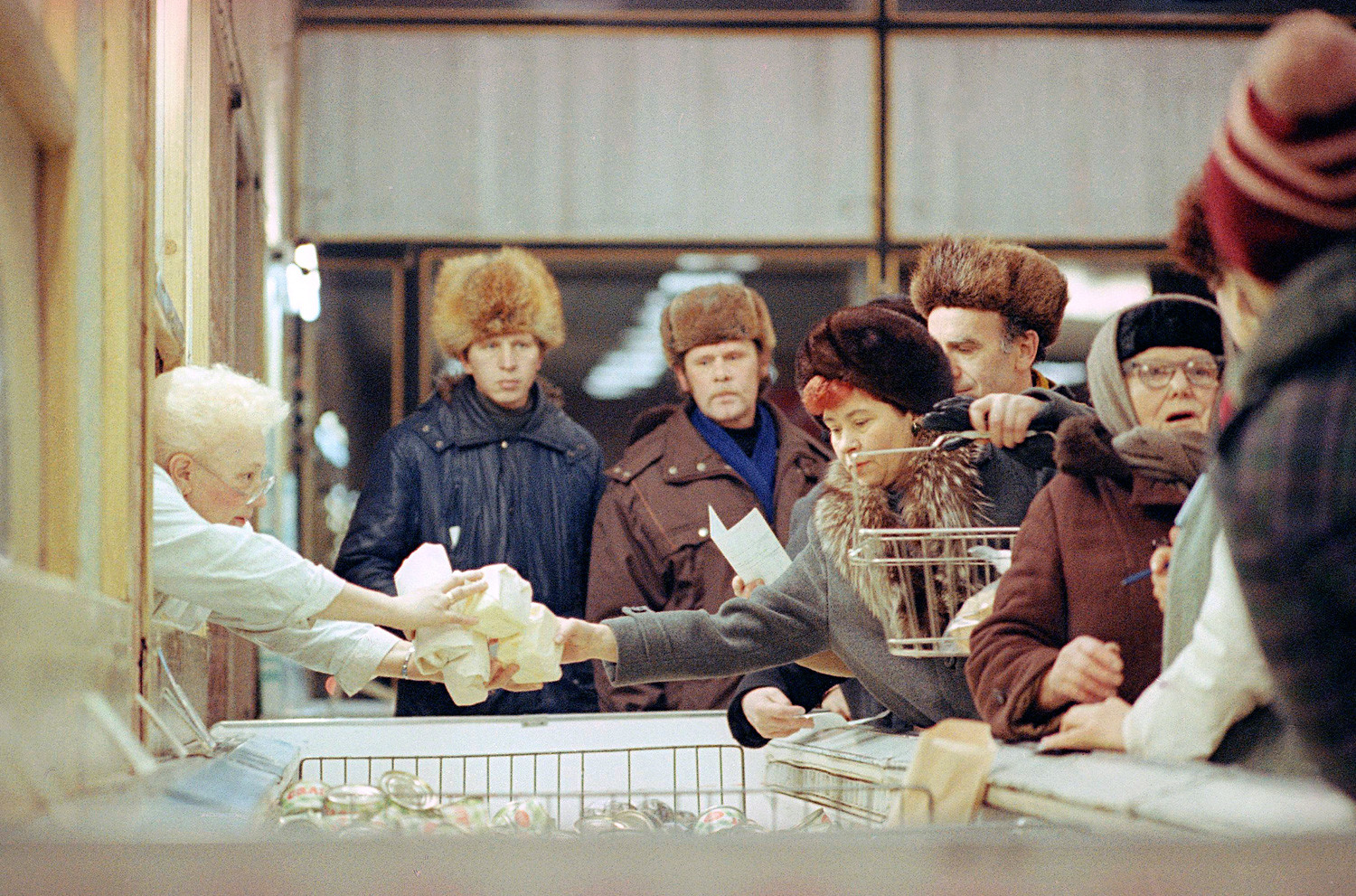 Gorbachev’s ambivalent reforms - he did not want to give up on the socialist economy entirely - predictably turned out badly and led to an deficit of goods and products undermining the whole concept of perestroika and its leader. So, when Gorbachev stepped down in 1991 his success, Boris Yeltsin, launched ultra-radical reforms conducted in a manner that many in Russia perceived as disastrous.

Before the possibilities to access Western culture were pretty limited for an ordinary Soviet citizen. To get to know contemporary western music and watch music videos, for example, one could only see some approved clips after the main New Year’s show on the first channel. In Gorbachev’s it changed dramatically and one could hear such popular tunes as Germany's Modern Talking’s Cheri Cheri Lady or British rockers Status Quo’s In the Army Now from almost every open window. 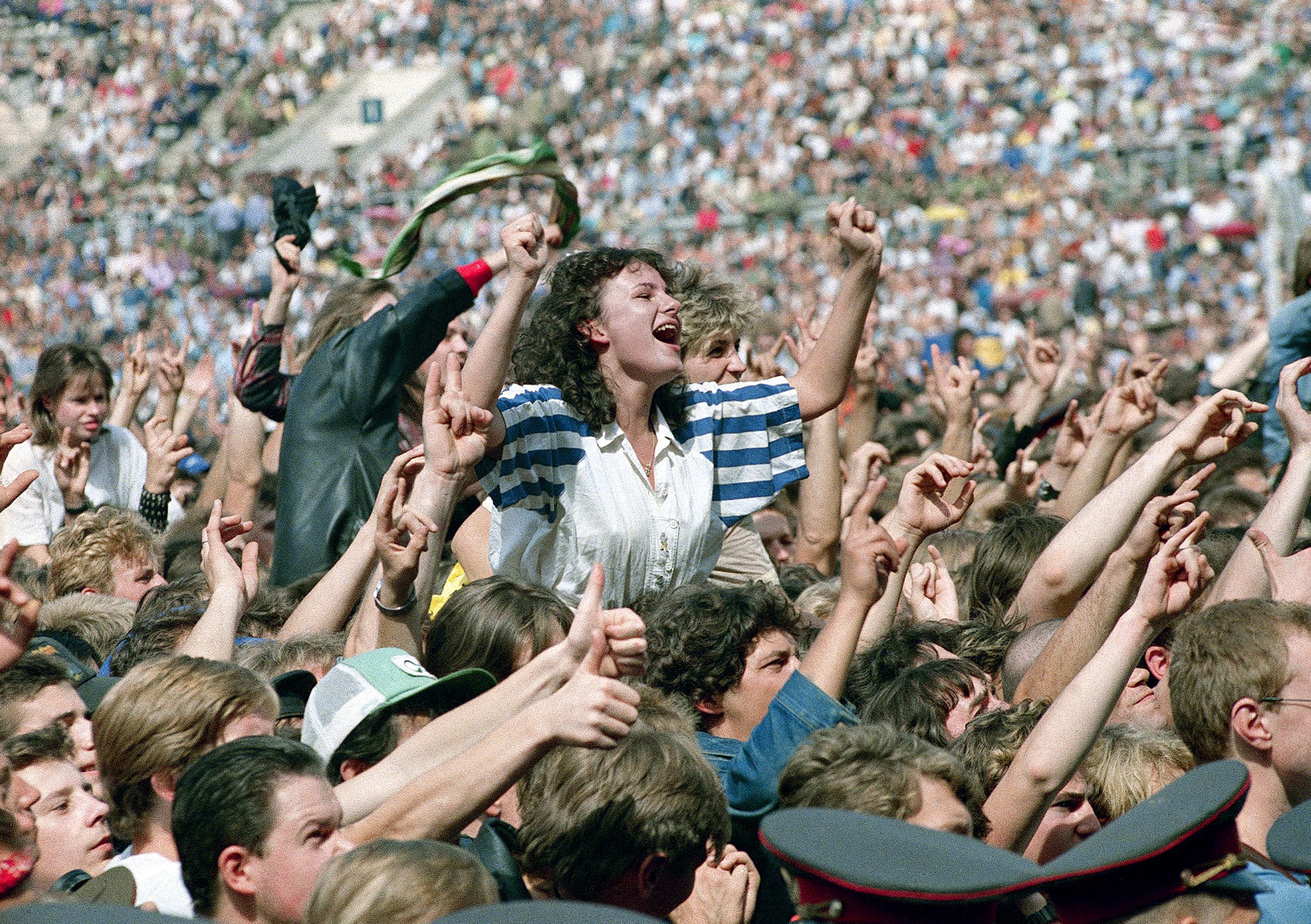 Shelves of bookshops filled up with recently translated Western authors with bestselling writers like detective novelist James Hadley Chase among the most read. Foreign movies made it into Soviet cinemas in previously unseen numbers. People hungrily consumed these previously forbidden fruits and since global pop culture has become a permanent fixture in Russia.

It was easier to incorporate Western culture during perestroika at the time as people could be exposed to it right there, in its homeland. Gorbachev’s reforms made it possible to travel abroad. Before it was hard to visit an Eastern bloc socialist country, let alone a capitalist one. 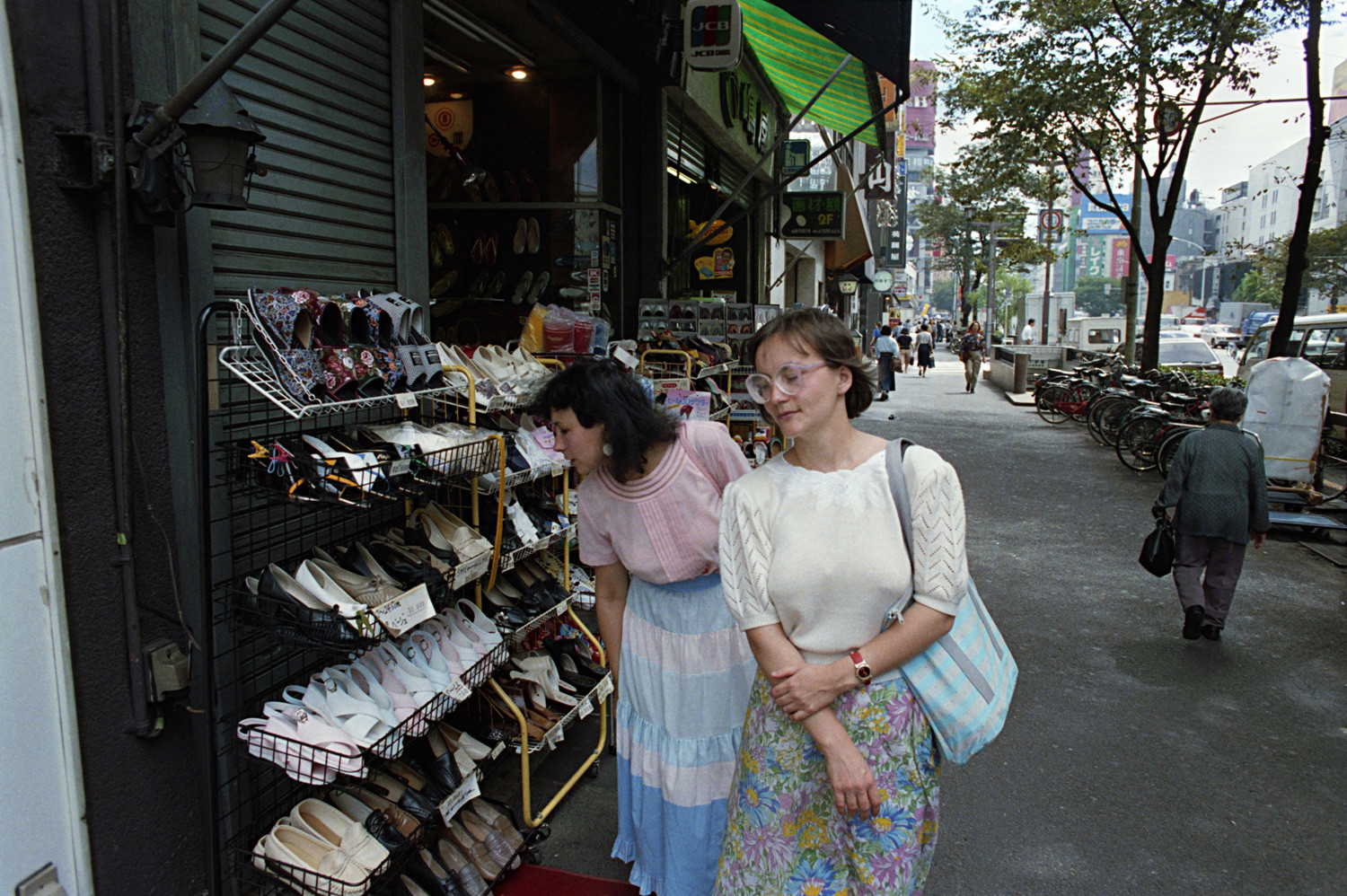 Soviet citizens in the streets of Tokyo in 1990

In order to leave the one had to get permission from a special branch of the ministry of internal affairs– OVIR (Department of Visas and Registration). As the contemporary Russian leftist politician known for his Soviet nostalgia Nikolai Starikov recalls, “The need to request permission was an unpleasant thing, and OVIR was a very unpleasant organization where it was very unpleasant to come. You were looked upon as a criminal there and they talked to you very impolitely.”

And then all of sudden this changed and the barriers came down. However, today it seems that the majority of Russian citizens are not eager to take advantage of freedom of movement. Pollsters say that 72% of Russians do not possess the international passport required leave the country and enter a foreign country. 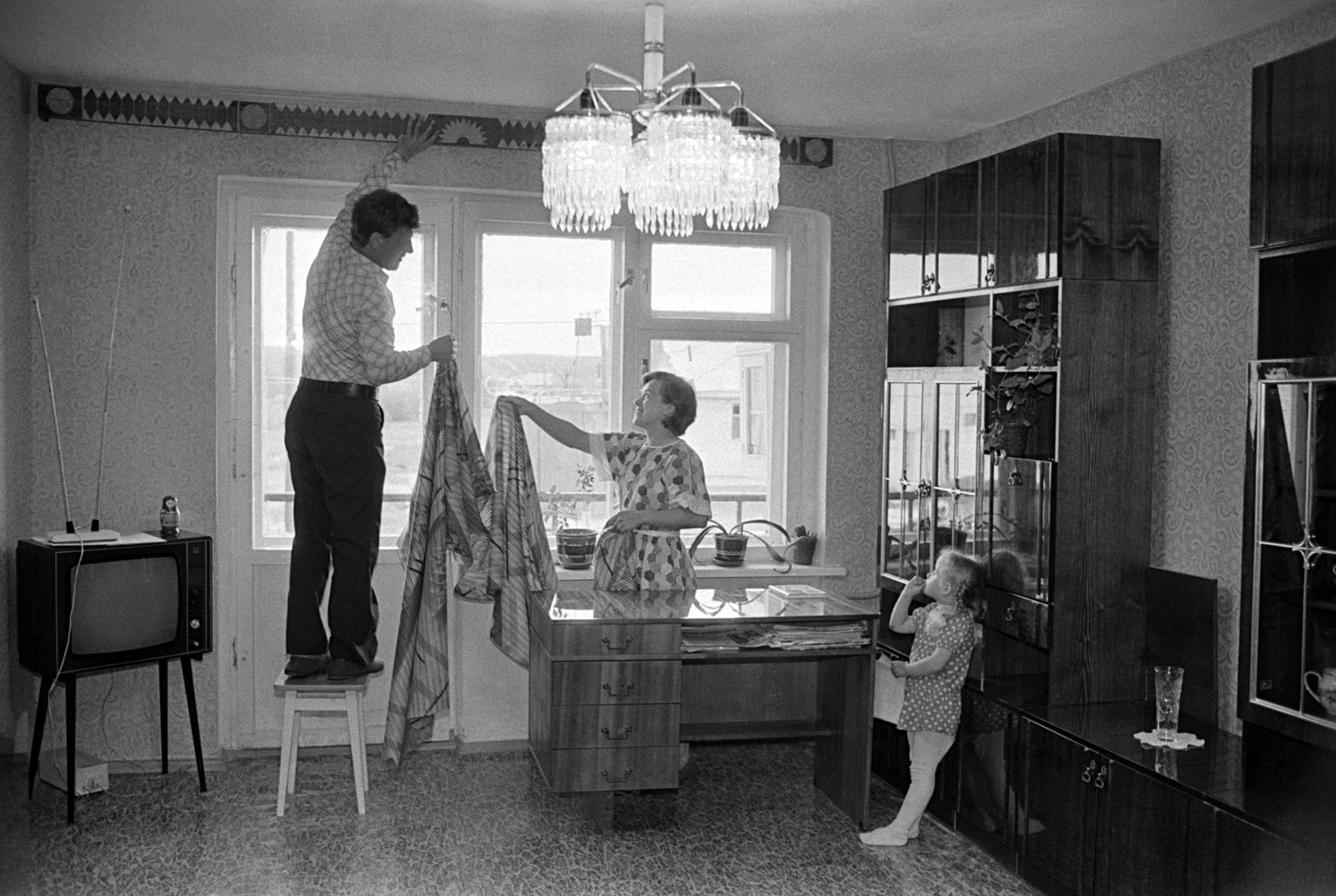 In the USSR state and personal property were considered the main types of property. The right to own private property in the USSR was re-established during perestroika in 1990. Since then millions of people in Russia have made efforts to bring into private ownership the main asset they had – their apartment that in Soviet times belonged to the state.