Playing out Russian history: Russia selling Alaska to the U.S. 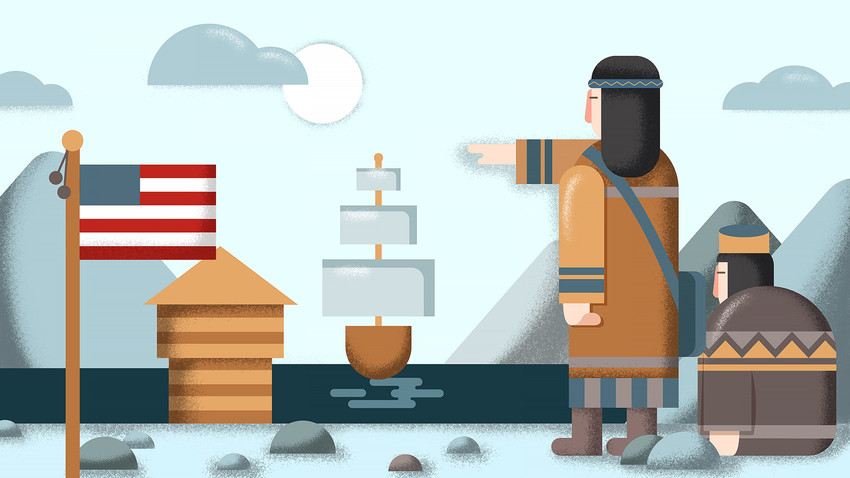 Natalya Nosova
There are many complex events and stories in Russian history. Instead of (sometimes) boring analysis, we decided to retell a few of these stories as short plays with countries, historical figures, and people as characters. 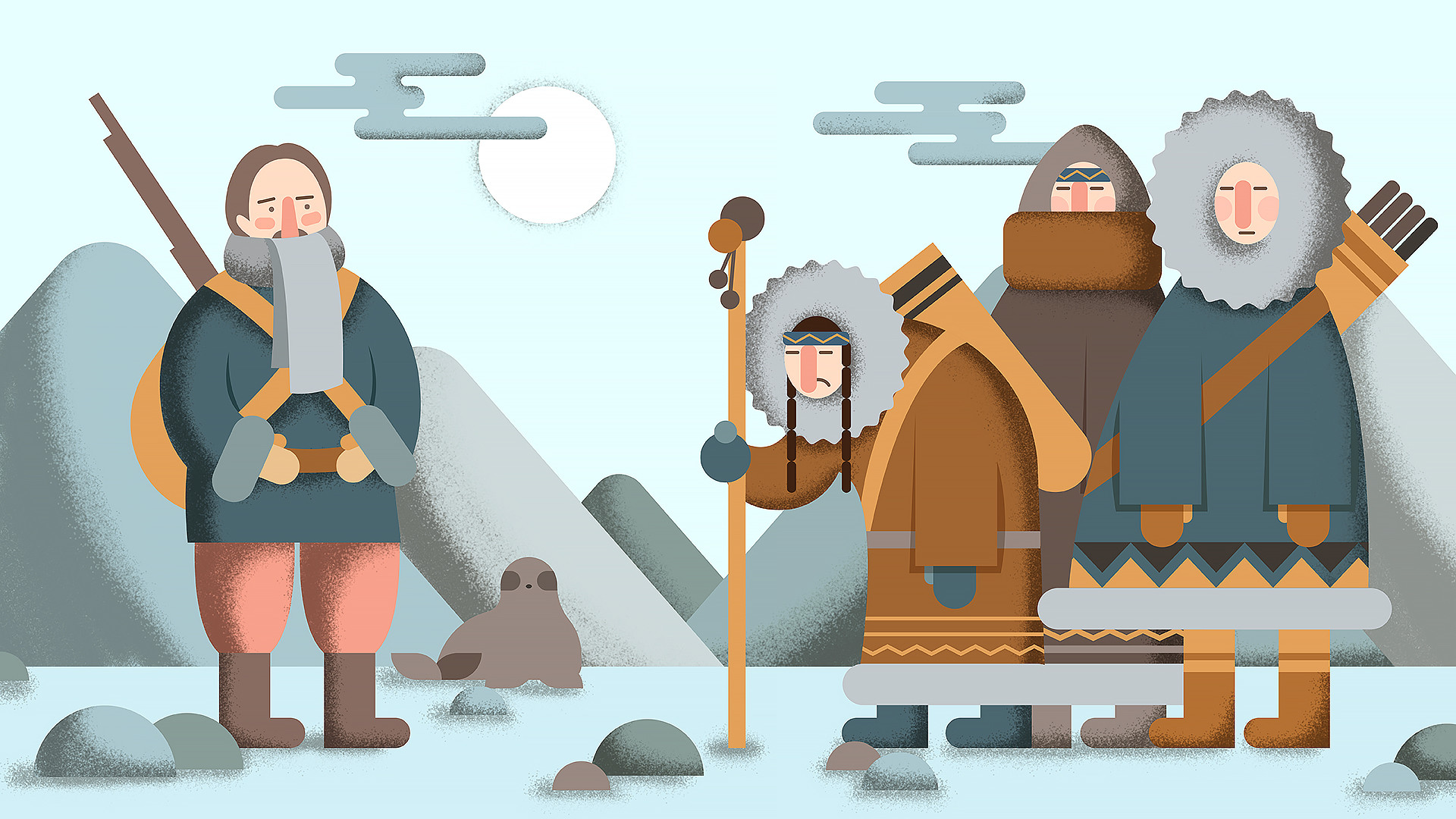 Russian explorers: Oh hi there! In our worldview, you’re not people at all, you’re barbarians 👹 (Start killing 💀 sea otters and walruses, depriving 💢 Aleuts of their food and upsetting their traditional way of life).

Russian explorers: Huh? Have you seen our firearms? 🔫 (Take some Aleut towns by force 💣).

Aleuts have no choice but to start trading 🛶 with the Russians. In the next 30 years, the Aleut population of Alaska is diminished by 70 percent because of provision shortages. 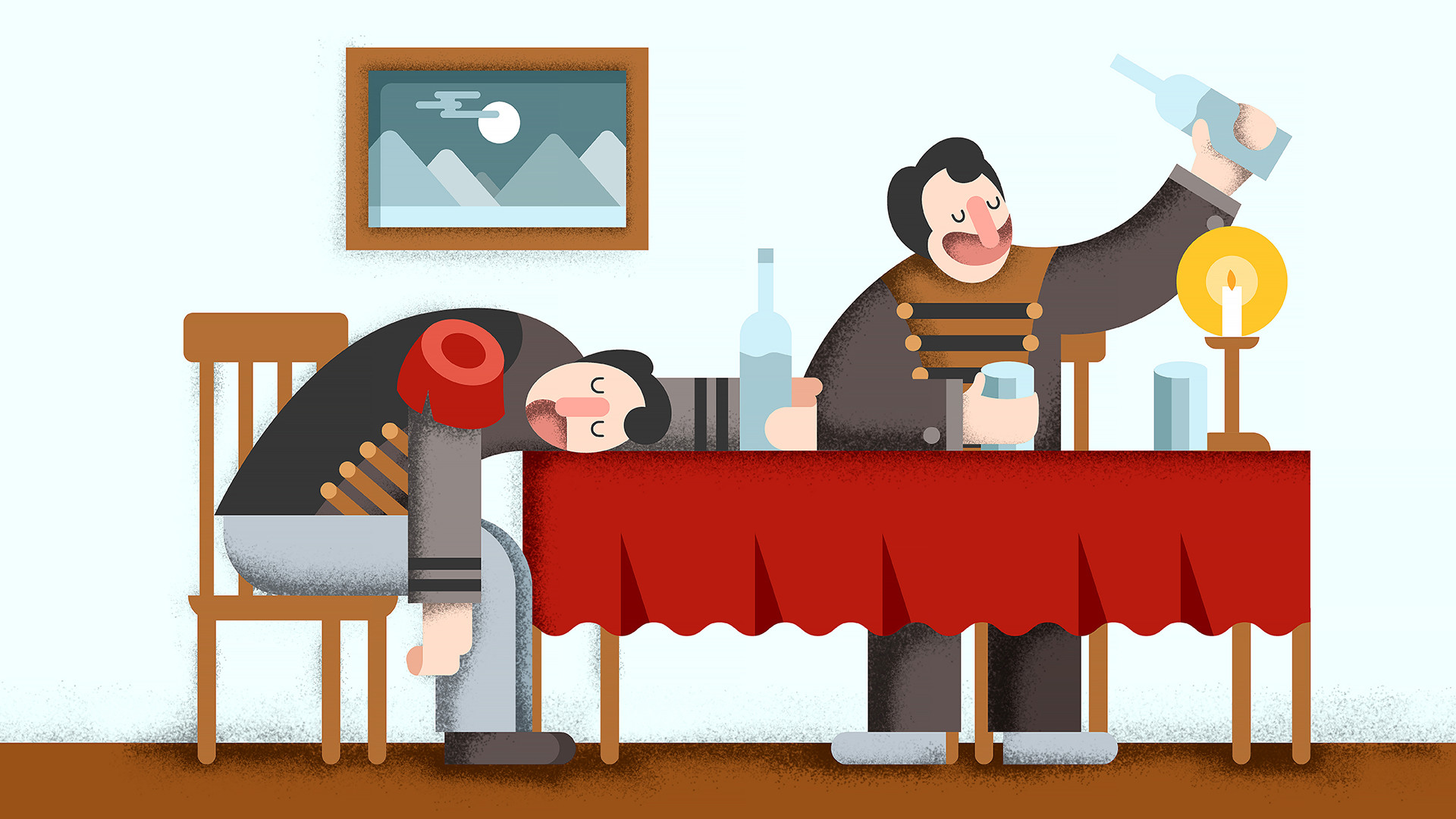 Officers of ompany: First, we’re changing the statute – now only naval officers can control the company! 💰 Also, let’s make our salaries as high as the salaries of imperial ministers! 🎉 Throw a party! We’ll shake them ’ glaciers!

Russian-American company: Well, it’s going down the drain, anyway. Our new managers can’t even organize sea trade properly. 🤦‍♂️ It seems they are always out drinking 🍻and dancing 🕺. Russia, I’m close to bankruptcy. 📉

Russia👑 (assigns a 200,000-rubles annual stipend to save the Russian-American company from bankruptcy – equivalent to an annual salary of two imperial ministers): God damn these frail officers! I’m losing a fortune! ! A war! ⚔️ Now, this is just awesome. 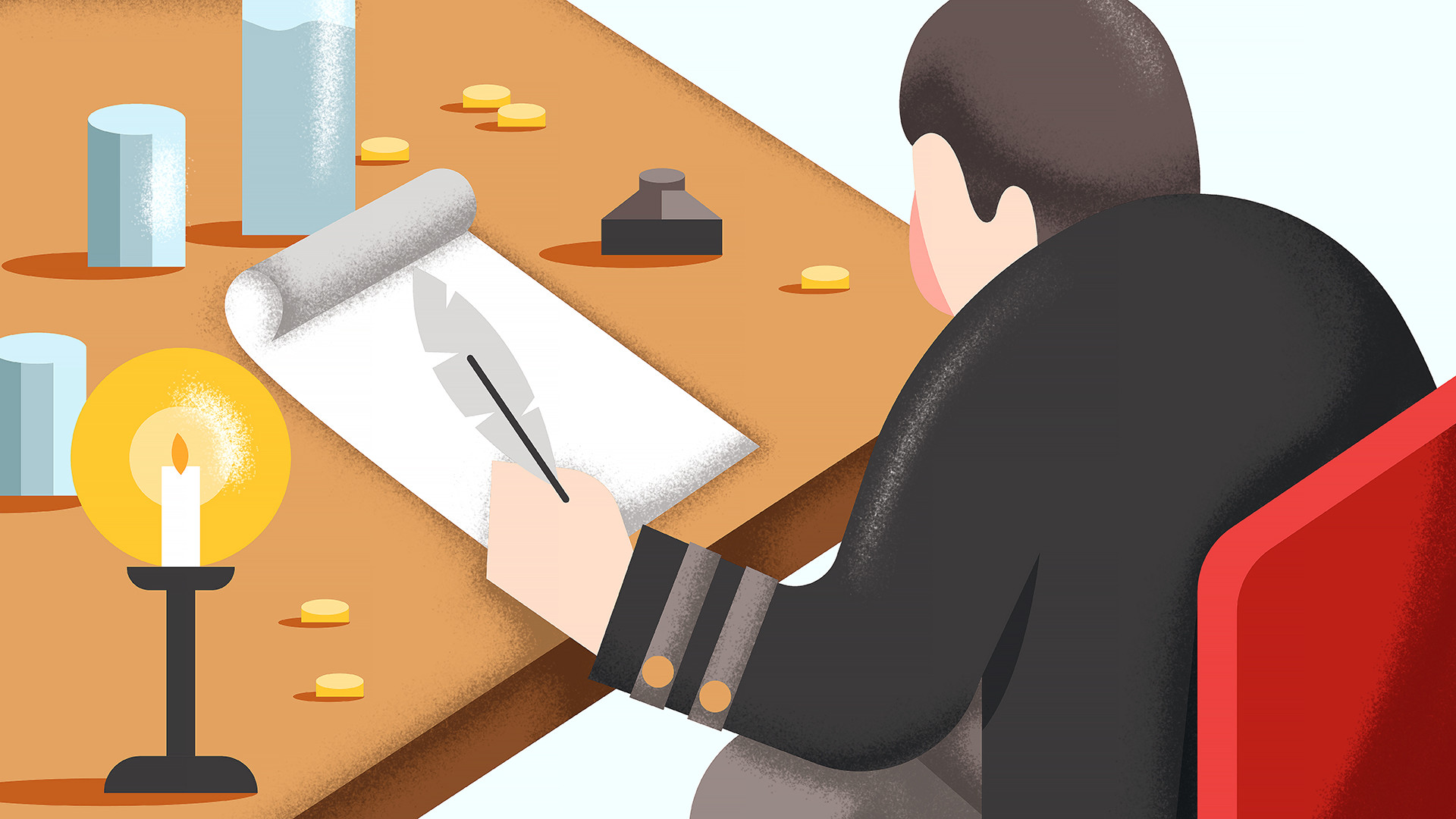 Count Muravyov-Amursky (📜 writes a letter to Nicholas I, Emperor of Russia):

Your Imperial Majesty 🤴,
The U.S.🇺🇸 has built a railroad – soon, they’ll be at the Alaskan border. Sooner or later we’ll have to surrender our Northern American lands to the U.S…

Great Britain🇬🇧: May I borrow a minute of your time to kindly 🧐 inform you that your garrisons in Alaska are few and ill-numbered. Oh hey! Looks like your Far East is unprotected as well! Our Majesty and France are sending the fleet to conquer your easternmost town, Petropavlovsk-Kamchatsky! 💂

Russia👑: Not as unprotected as you think! 💪

Russia👑: In your face, Mother England!

Great Britain🇬🇧: God forsake these mad Russians! You lost the Crimean War, anyway, and your Emperor has just died! Also, I’ll block Alaska from the seas! 😤

Russia👑: $7 million? 😩 Could you then throw in a beer or two, maybe? What can I buy with this money? A ship? ⛵ Okay, two ships? ⛵⛵ That’s approximately 11 million Russian rubles – just as much as I spend every year on the Ministry of Imperial Court. That’s peanuts, guys!

U.S.🇺🇸: Well, all we can do is give away part of this sum in railroad equipment 🛤️ you now need so desperately. 🚂

Russians👩‍🌾👨‍🌾: Hey! Up there on the throne! Are you nuts? 💢 Americans just found gold mines in Alaska! Why are you selling land still wet with the blood of our soldiers? 😠 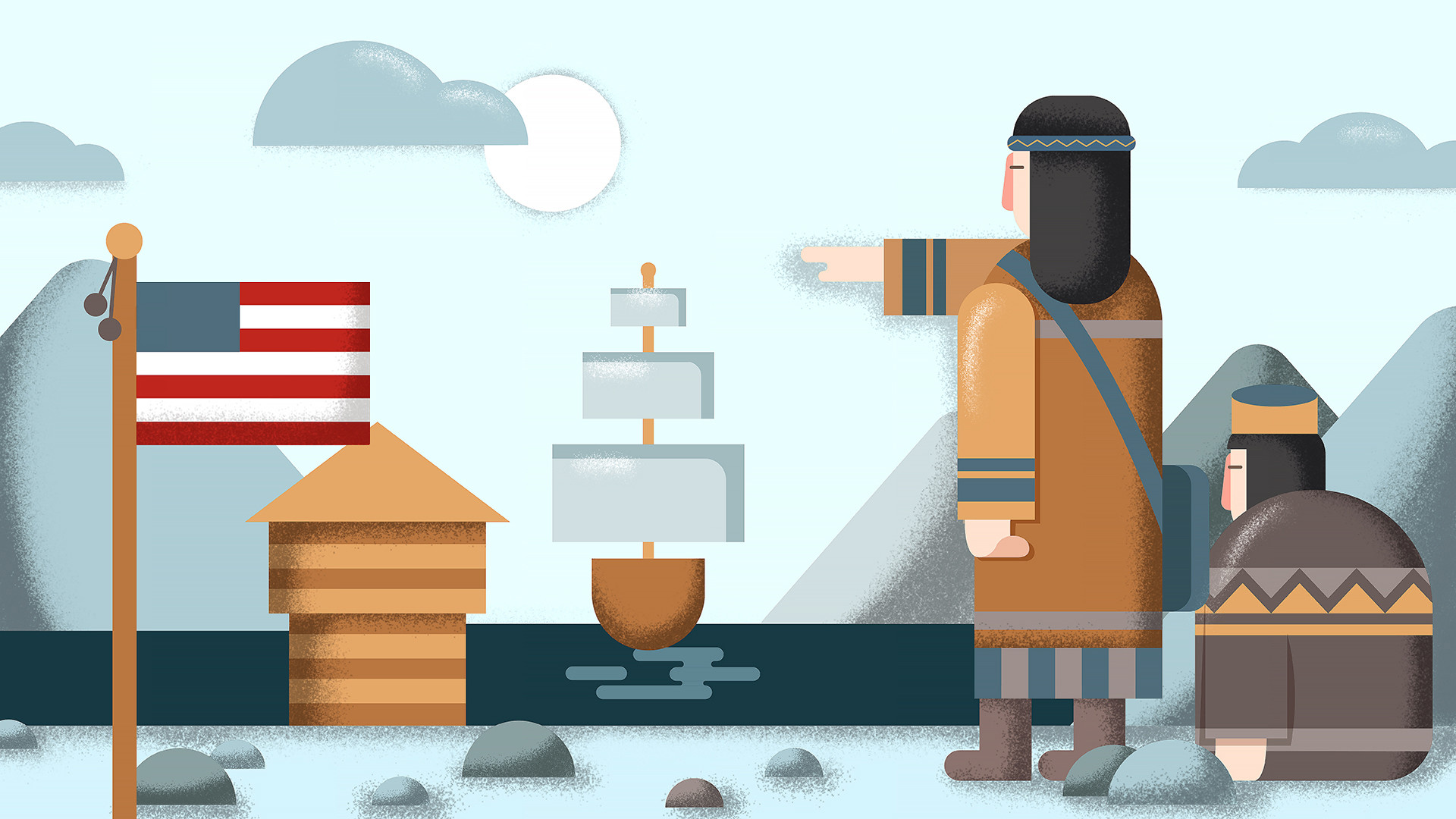 Russia👑: Hear that? Eager to fight ⚔️ the Crimean War again? Against one of the best armies in Europe?

Disclaimer: This text is a fictional account of the complex relations between European states from the 18th to 19th centuries. Historical accuracy here is sometimes being sacrificed in favor of dramatic composition, but the core facts are true.